Surely you couldn’t miss the news – North Atlantic has been incredibly active this winter, producing numerous intense extra-tropical cyclones in the past few weeks. While on the othre hand, the European continent has been more or less trapped under strong ridging pattern and high-pressure systems. There have been at least 6 large cyclones, most of them were going through a rapid intensification phase and therefore developed an impressive structure and textbook eye-candy satellite presentation.

Here is a quick overview of all 6 systems – see details below: 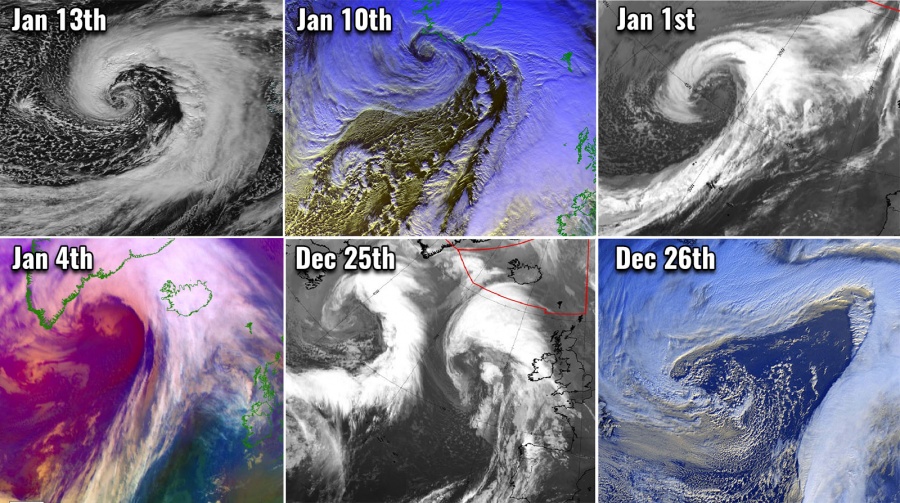 Let’s get into details with all of these 6 systems:

This extra-tropical cyclone holds the 1st place of the most intense cyclone of the season, going through a really explosive intensification. The minimum central pressure pushed below 940 mbar. It developed a violent windstorm towards Ireland and Scotland, locally with close to 140 km/h along the coast and up to 200 km/h in the Highlands. Sting-jet phenomenon developed near the center low. 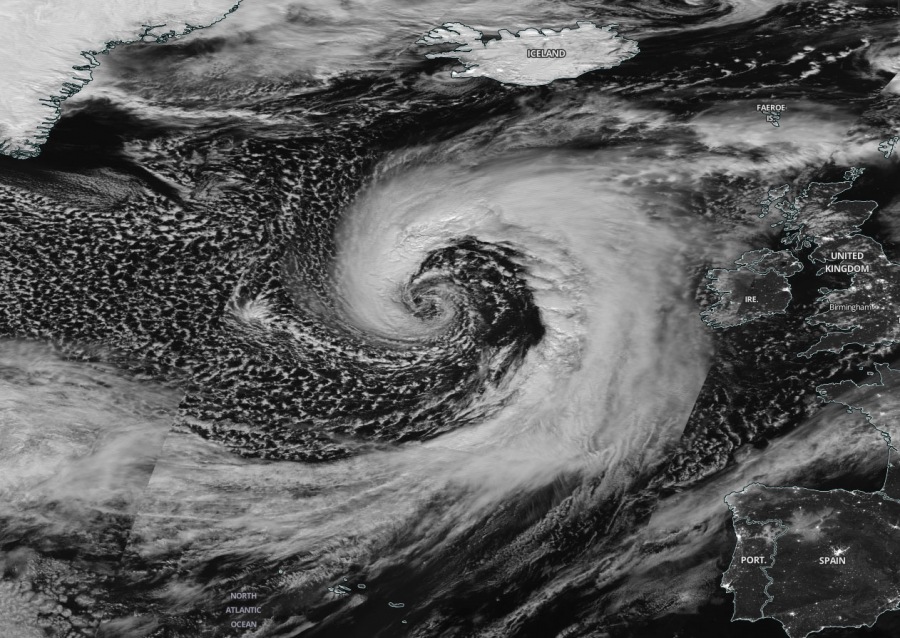 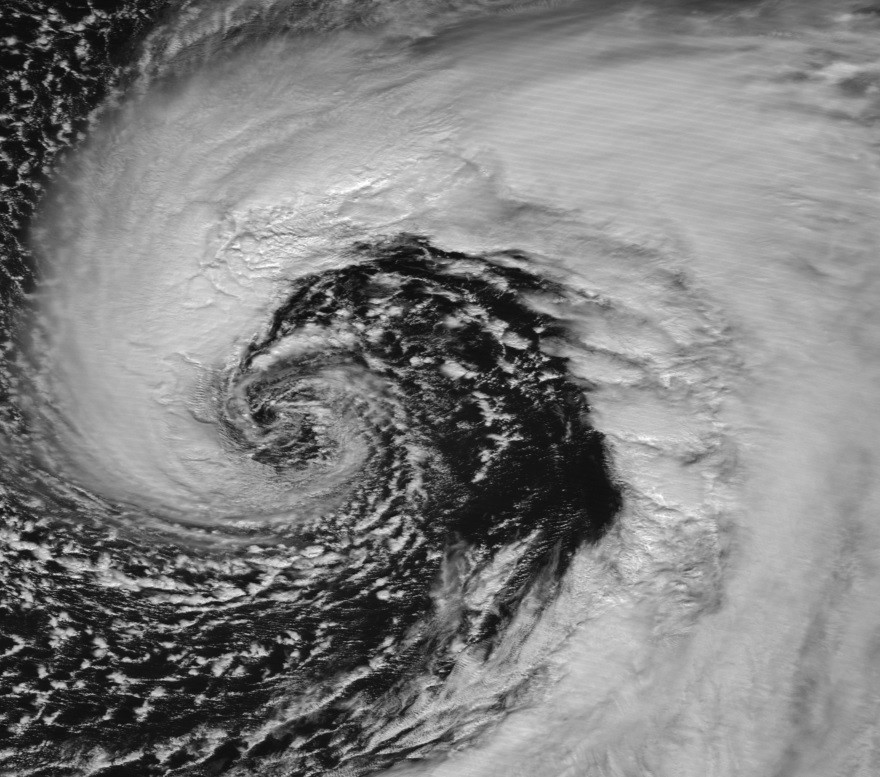 System #2 – Jan 10th, 2020 – The explosive development of a cyclone moving towards Iceland

This cyclone holds the 2nd place due to its exceptional structure of the cyclonic core while the system was nearing Iceland, bringing the minimum central pressure slightly below 940 mbar. At that time, the cyclone was crossing the Reykjanes Peninsula. The satellite presentation was simply outstanding! 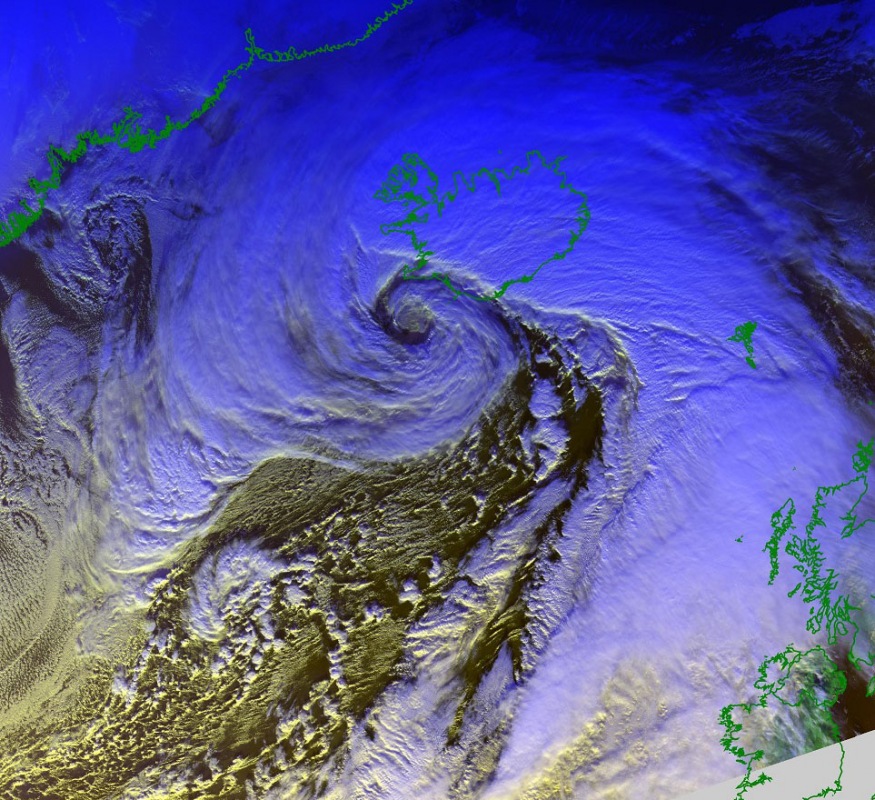 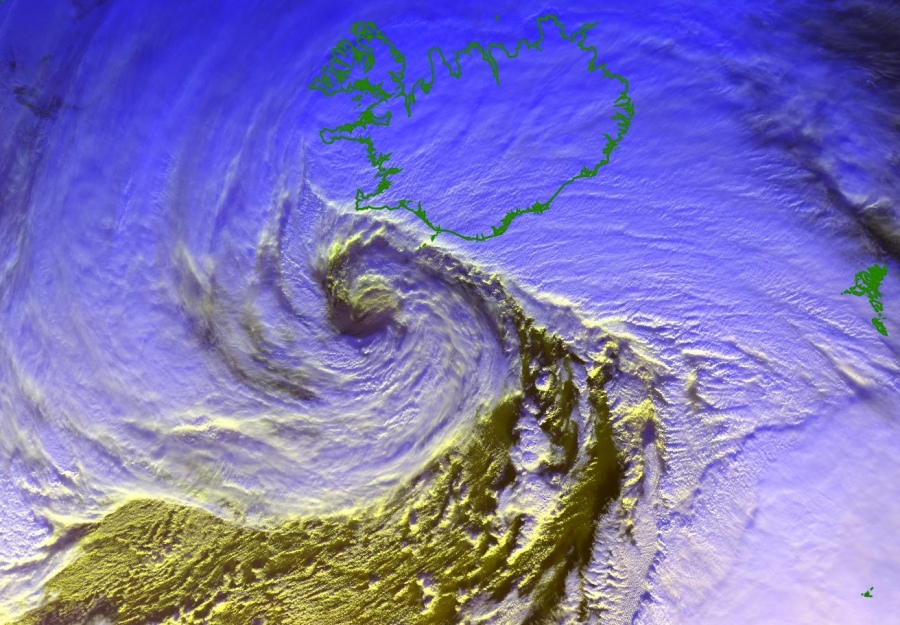 The 3rd place goes to the very interesting occurrence over the North Atlantic on the Christmas day – two cyclones developed, side by side. While the eastern one slowly vanished, the western cyclone dominated the whole North Atlantic with time. It pushed the minimum central pressure towards 960 mbar. 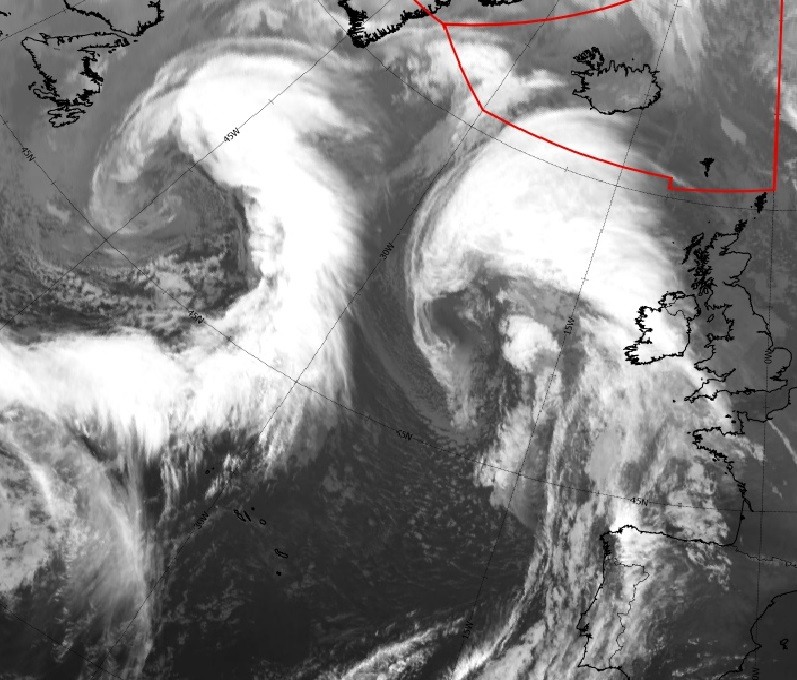 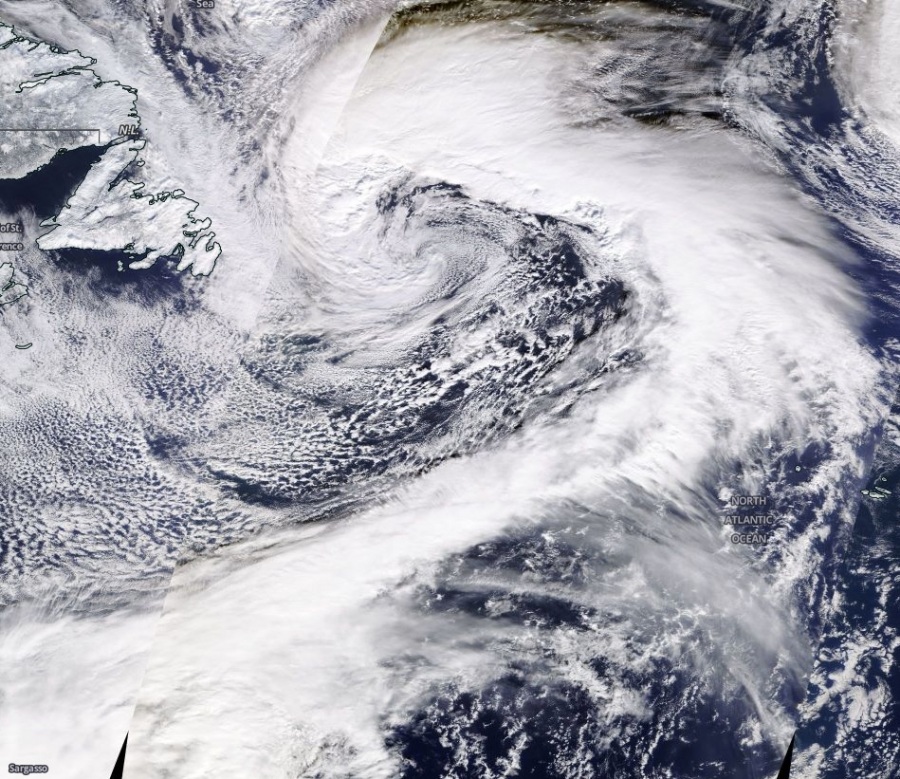 4th place is reserved to the first intense cyclone of 2020, developing along the upper wave ejecting from Canada and rapidly crossing the Atlantic. Overnight to the New Years’ day, cyclone went through a rapid intensification and reached its minimum central pressure of 960 mbar in the morning hours. Being along in the North Atlantic, it delivered some pretty impressive imagery. 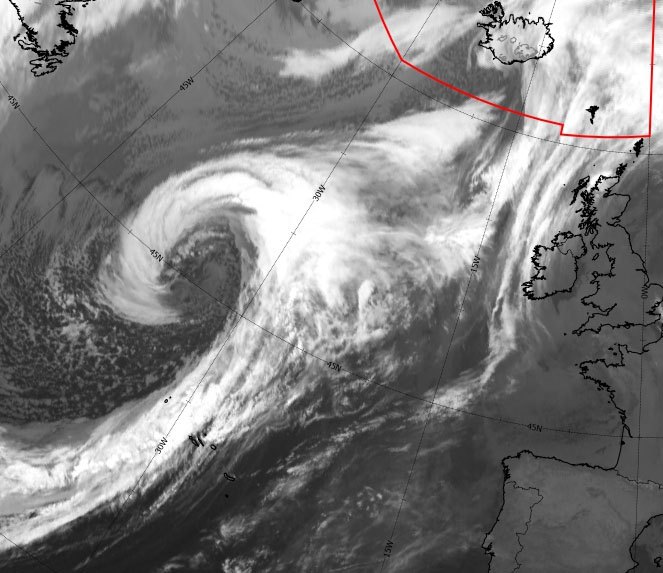 The 5th place goes to the cyclone which originated from the Christmas day twin cyclones and gradually ingested the right system and became a dominant cyclone. Its structure was very broad while its core was slowly moving towards Iceland and weakening. The satellite presentation was impressive as the system was very large, it created almost 90 mbar pressure difference towards Greenland’s high-pressure system. 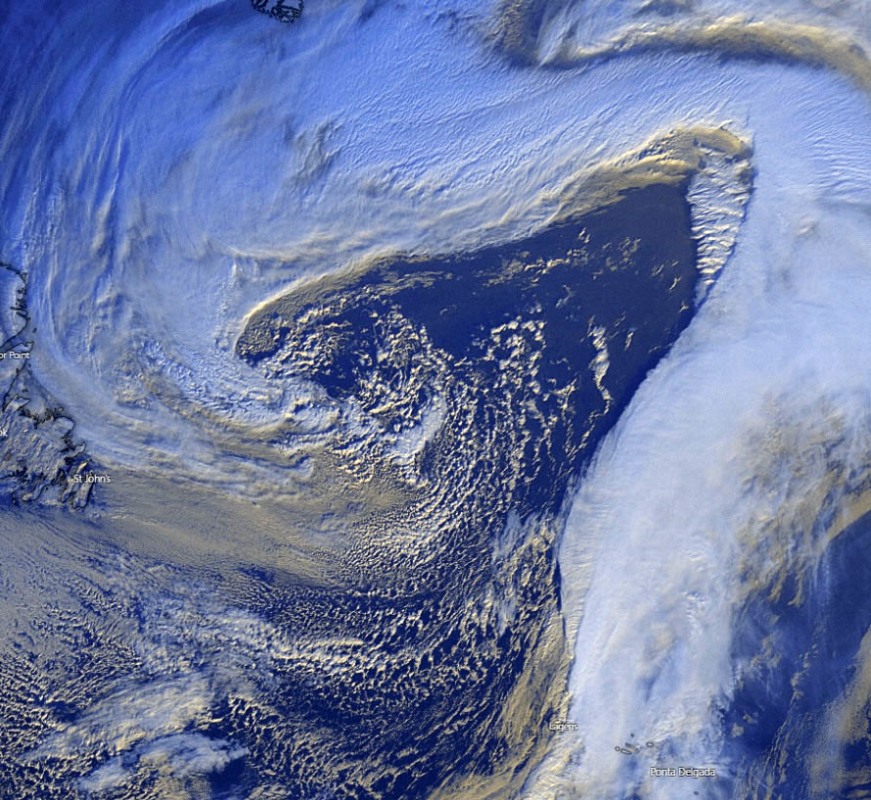 Twin monster cyclones are rolling across the North Atlantic on the Christmas day, Dec 25th

Yet another intense cyclone is set on the 6th place, the explosive cyclone delivering a short but very intense winter storm into western Iceland. Severe blizzard conditions were locally reported. The system pushed its minimum central pressure below 970 mbar while moving north just to the west of Iceland, resulting in an impressive pressure gradient across the country. The Highlands reported wind gusts above 220 km/h! 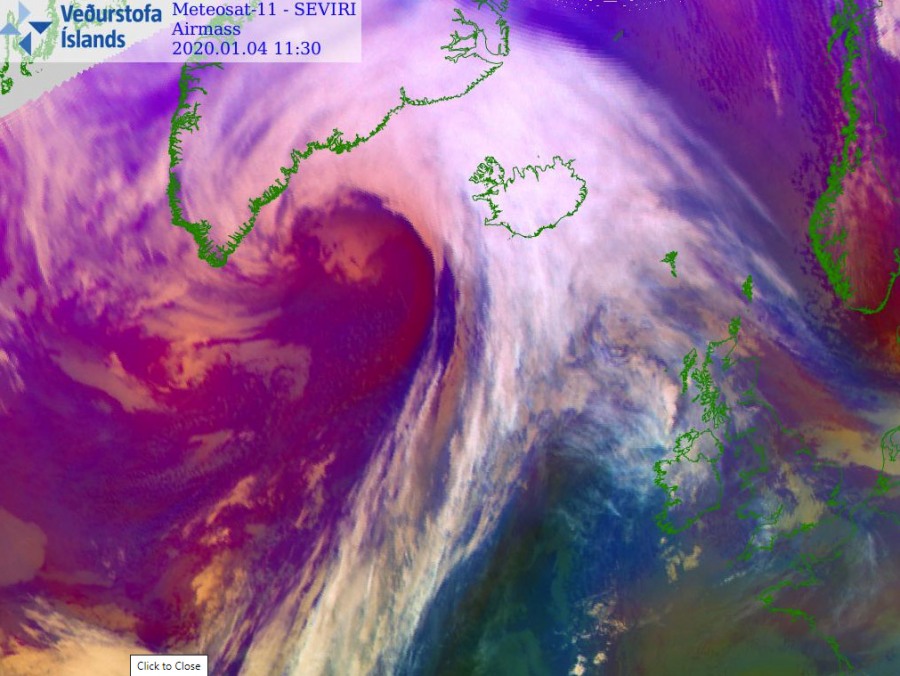 The next weeks will apparently continue being active over the North Atlantic, possibly also in parts of Europe. We will be covering all of the events and keep you on track with potential threats through forecast discussions and updates – stay tuned!

In the meanwhile, there are two features of interest currently on a global scale:

2) Tall volcano eruption in the Philippines: