The dynamic pattern across North Atlantic has produced twins on Christmas – two very large cyclones yesterday and as expected, the eastern cyclone has weakened today while the western one has continued intensifying overnight and dominated. It is now a very large system, expanding across most of the North Atlantic. It will remain as such for another day or two before it begins weakening while its center will be pushed closer to Iceland and Greenland this weekend. Satellite presentation is impressive!

Here is evening surface pressure analysis across the North Atlantic and Europe – notice an incredibly large cyclone with central pressure below 965 mbar. While an extensive upper ridge / high-pressure system is placed over the European continent. Another very strong surface high-pressure system is located over Greenland – 1051 mbar in its center. There is a huge pressure difference between those two – almost 90 mbar! The cyclone is resulting in a broad wind field around its center, although not directly affecting land area except the far east Canada and NW Europe. 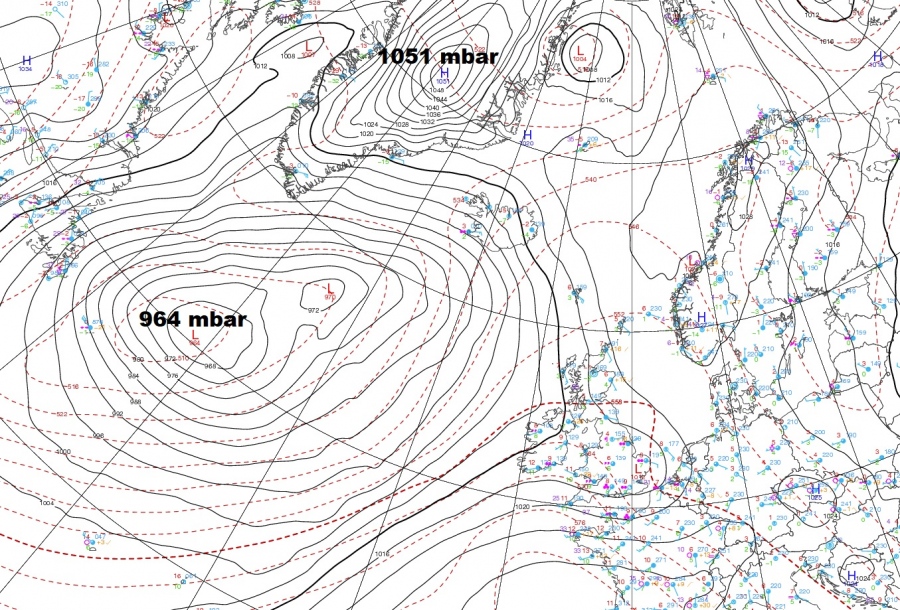 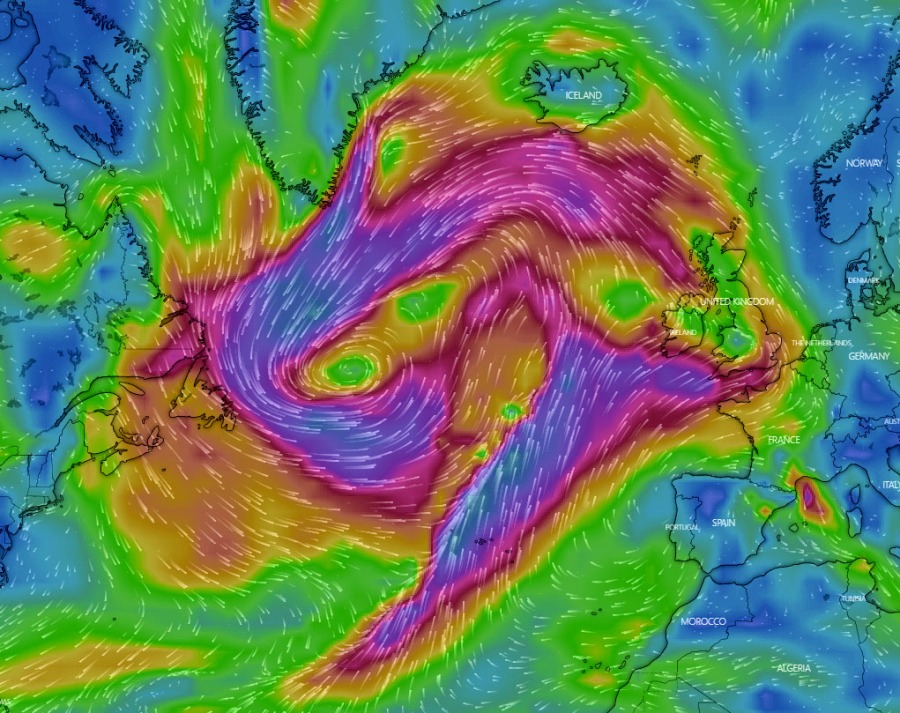 Today’s satellite imagery is even more spectacular than yesterday, as cyclone has expanded across much of the North Atlantic, while the eastern cyclone of the twins has dissipated and the main cyclone (western) expanded towards the NE Atlantic as well. As we can see on the satellite images and the above surface analysis, cyclone now has two cores – the main has 964 mbar while the second one, more to the northeast, has the central pressure of 970 mbar. Below are some impressive satellite images today, both it IR and VIS channels. 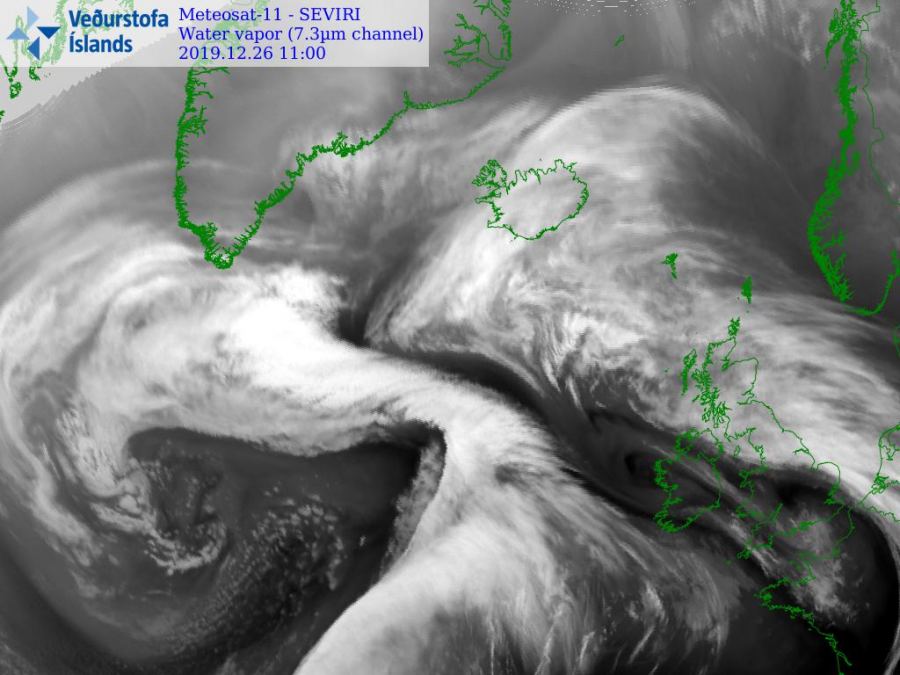 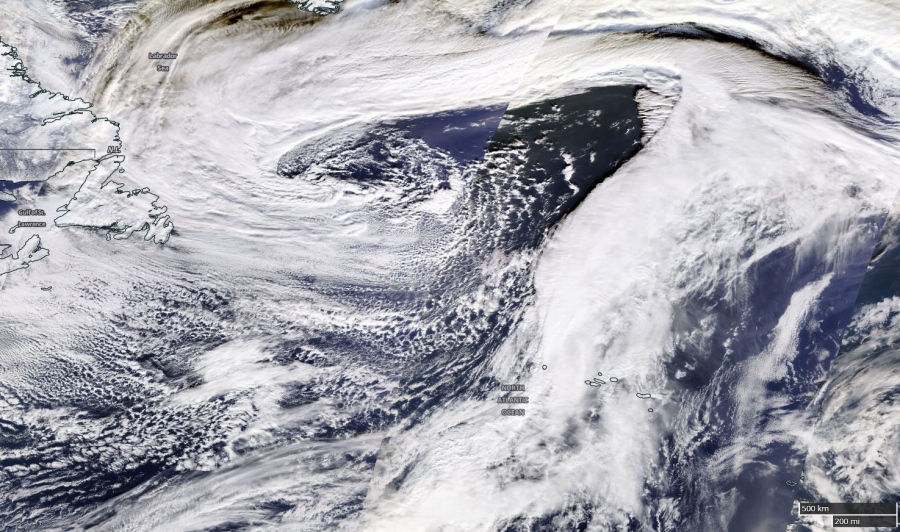 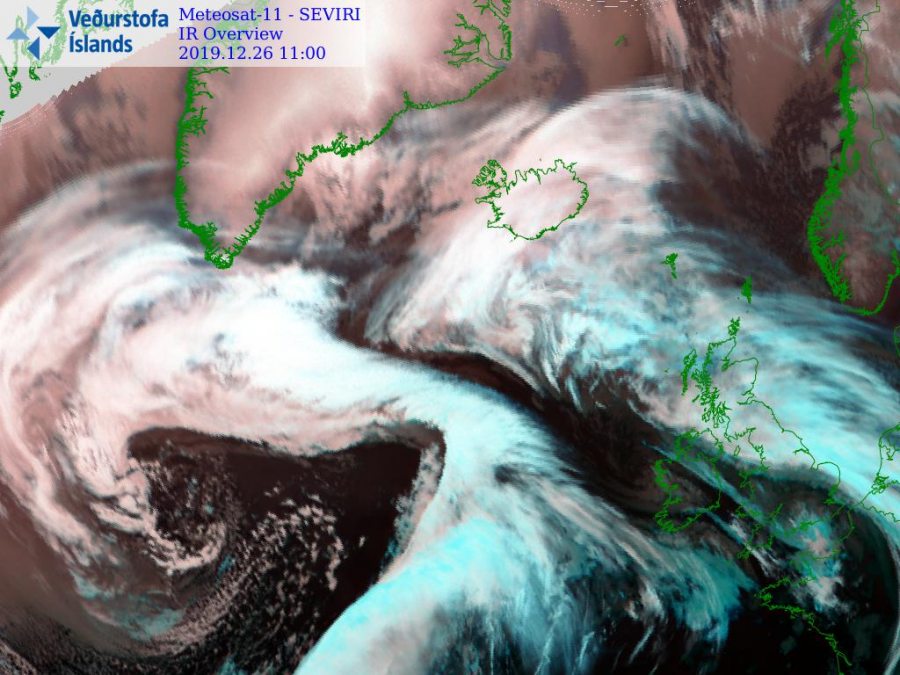 Stay tuned for further updates on the system in the coming days!