Yet another very large and intense cyclone has developed over the Labrador Sea this weekend and is moving south of Greenland. The cyclone’s core has several smaller cyclones embedded. Central pressure within these several cores has dropped to 960-970 mbar. Cyclone begins its weakening trend tonight and continues towards the western Europe in the coming days. 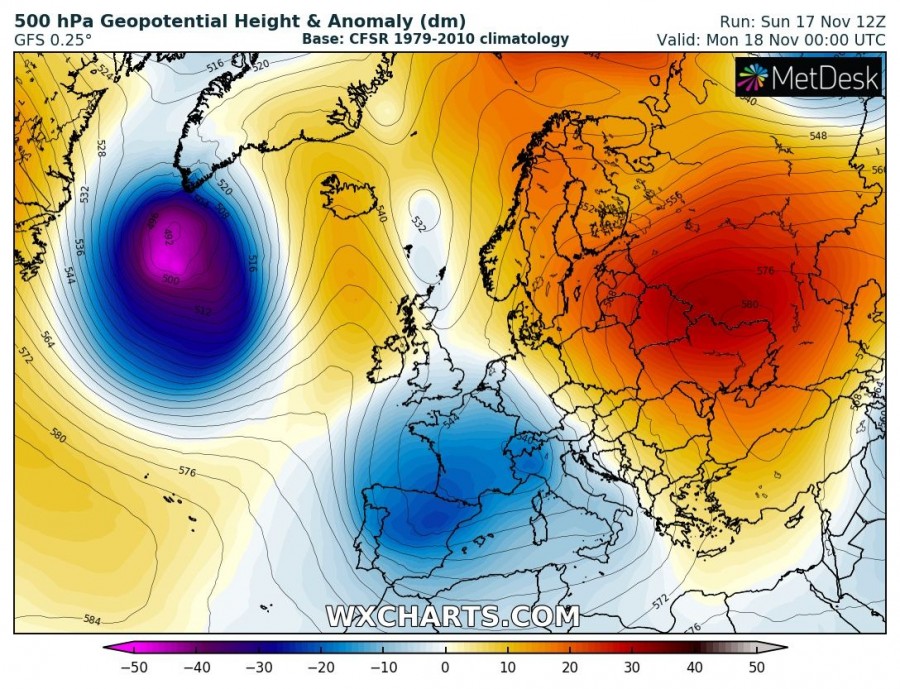 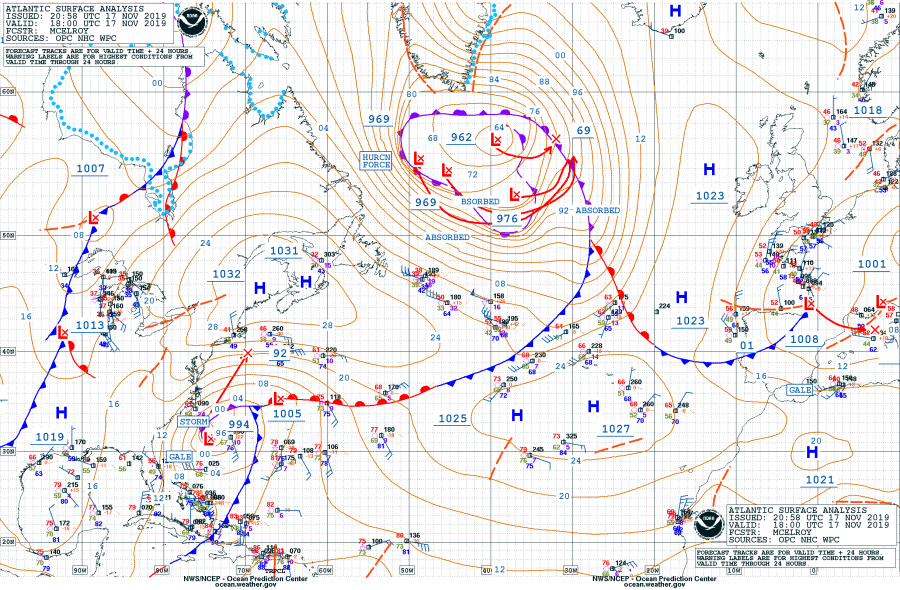 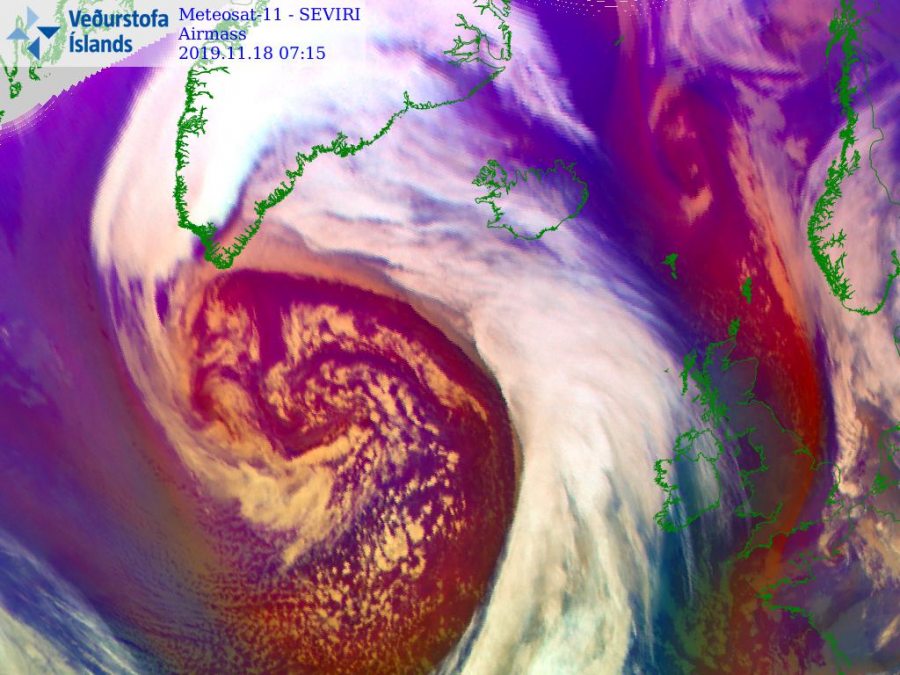 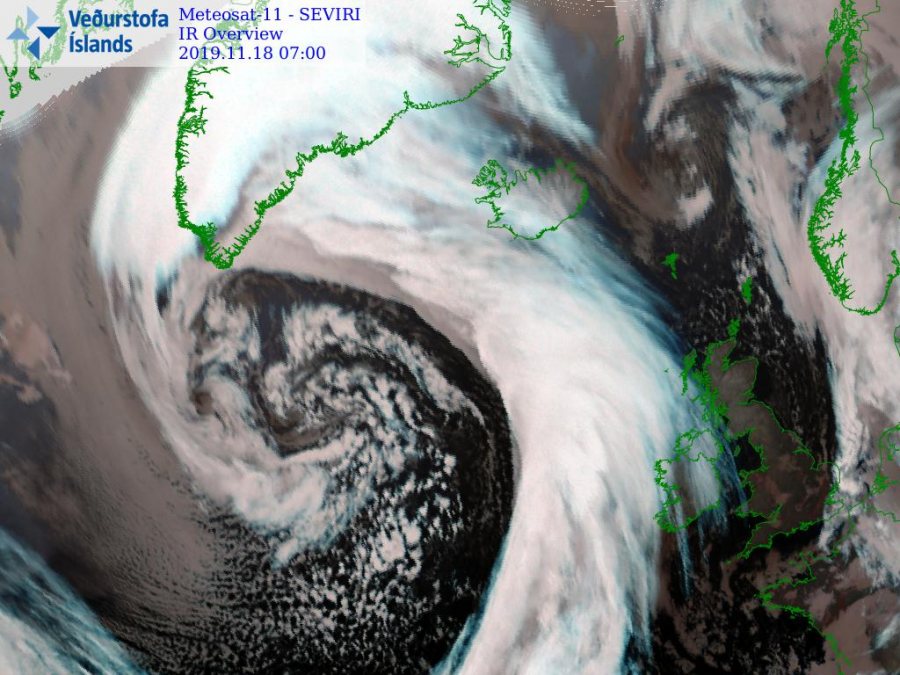 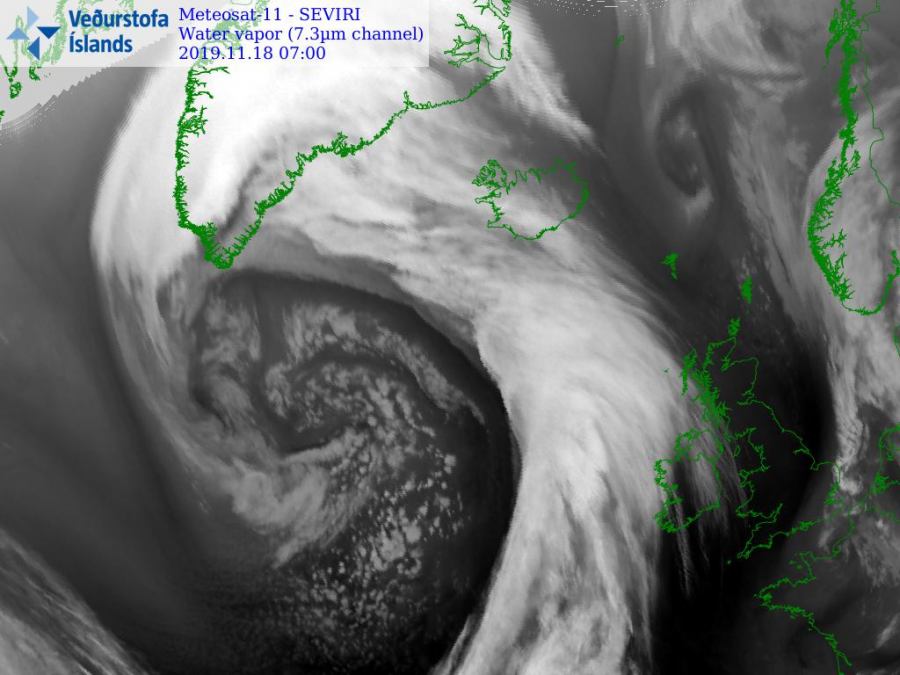 Satellite imagery this evening is quite impressive, revealing a very large core of the cyclone with several embedded secondary cyclones. Frontal boundaries expand across the wide area to the north into S Greenland and to the ESE towards Iceland. A violent windstorm has developed around its southern cores. 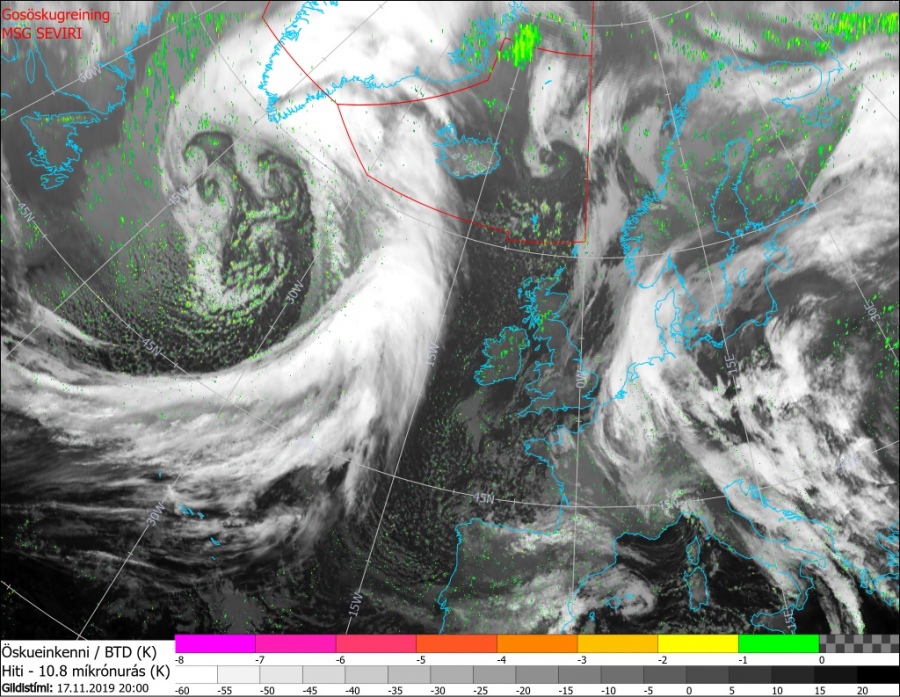 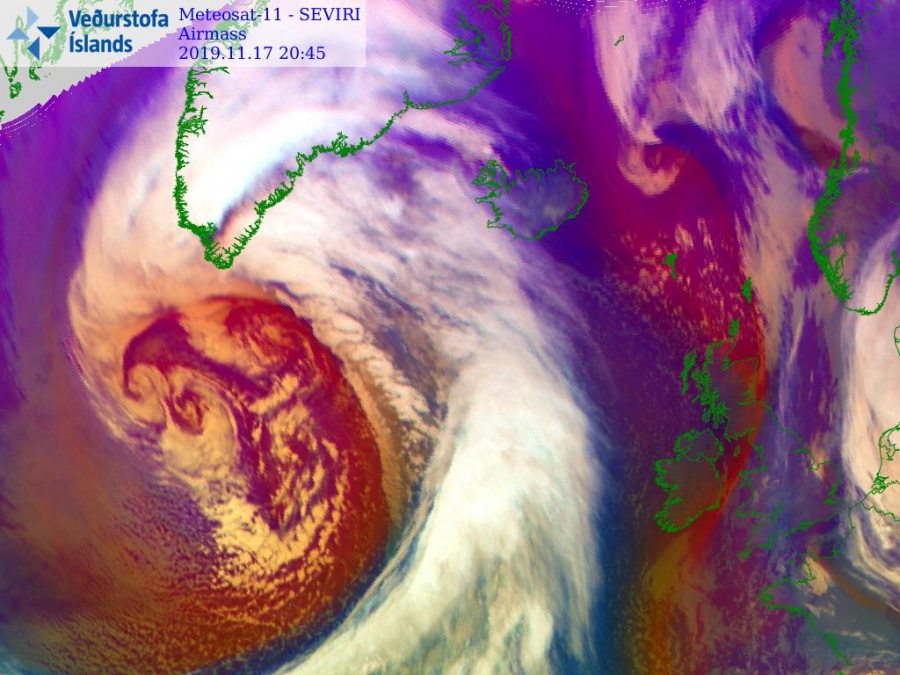 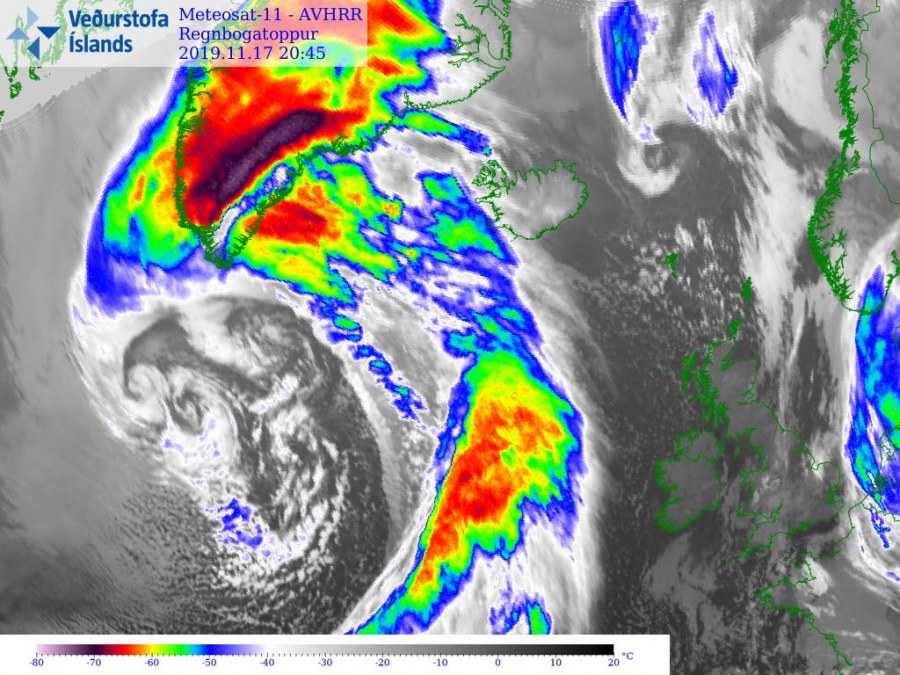 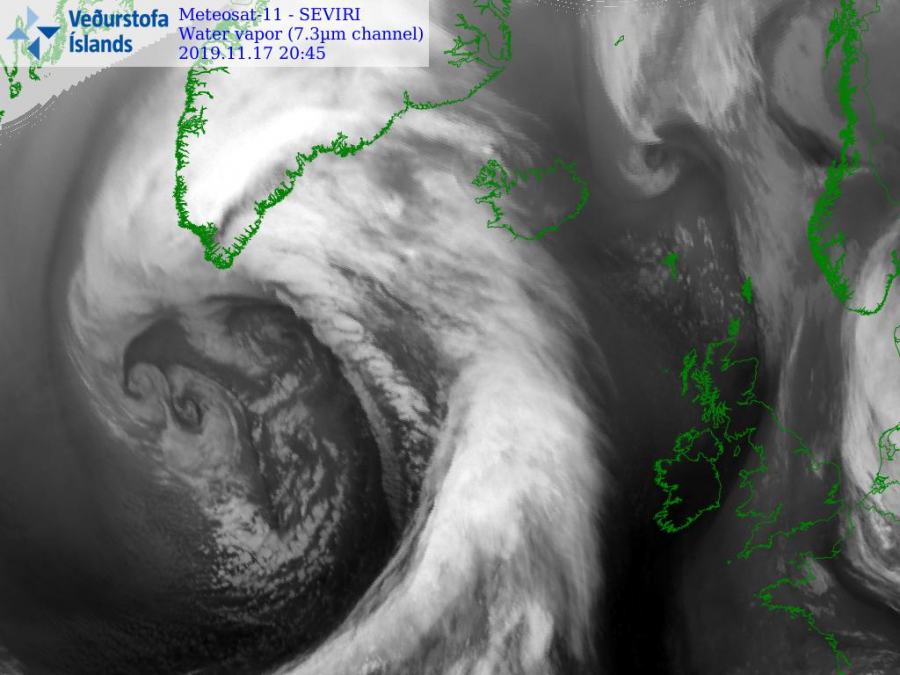 Cyclone will continue towards southeast across the North Atlantic in the coming days while gradually weakening. It will be nearing the western Europe and the British Isles / Ireland by mid-week. What potential it could develop is still uncertain, so stay tuned for updates in the next days. 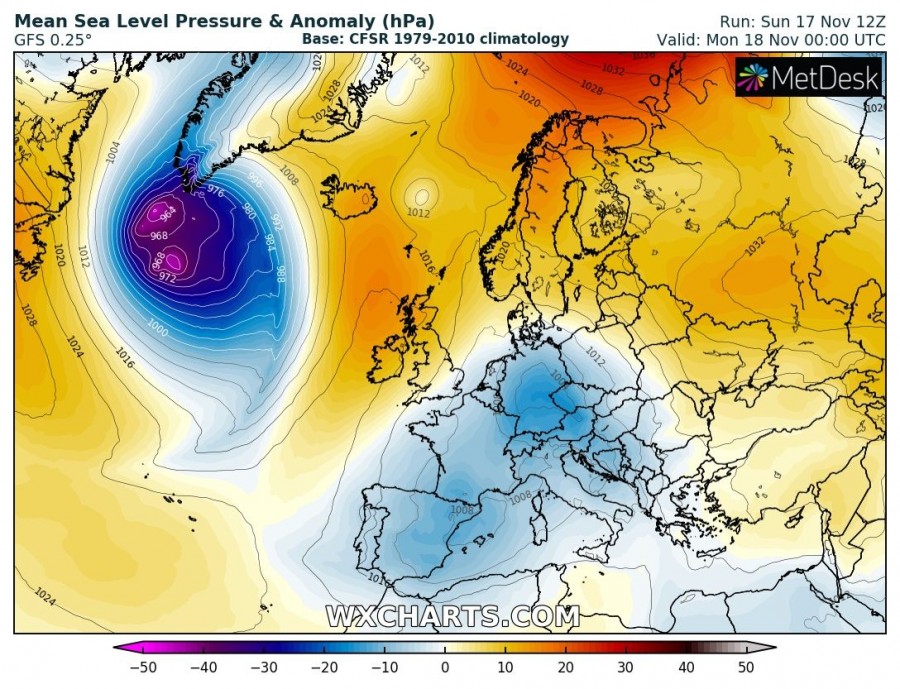 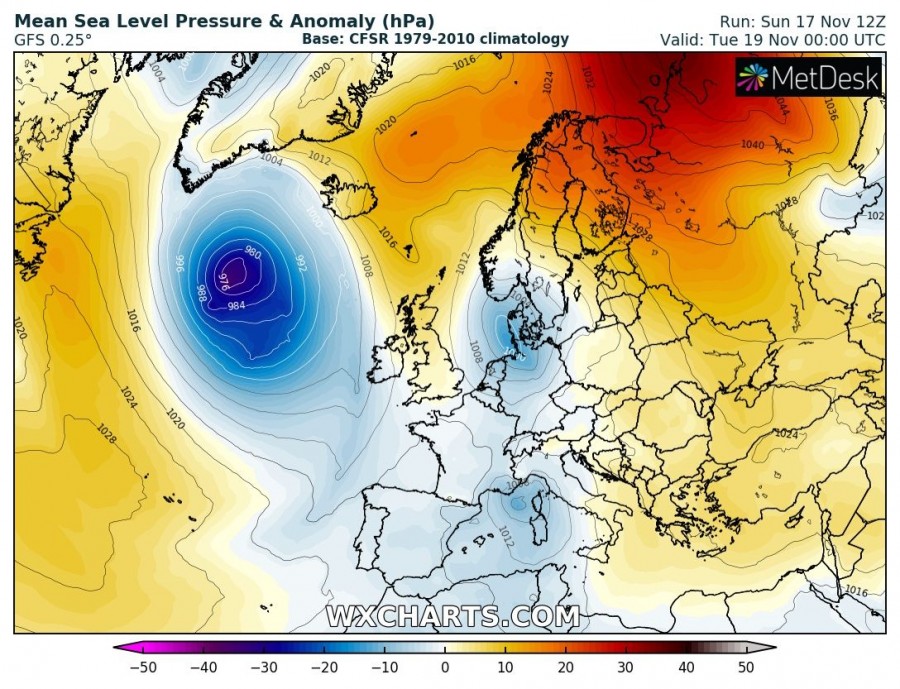 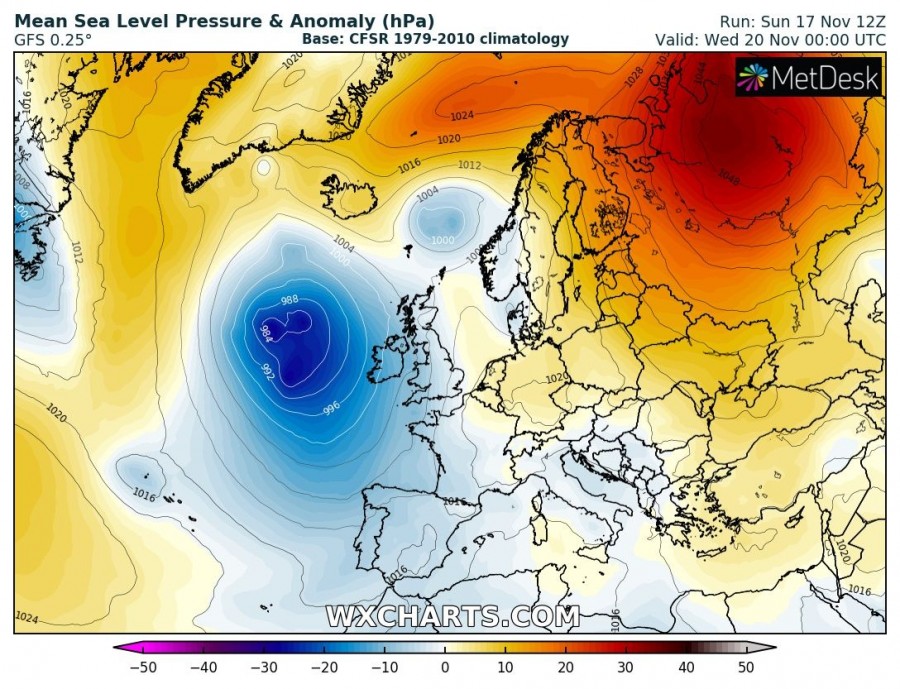 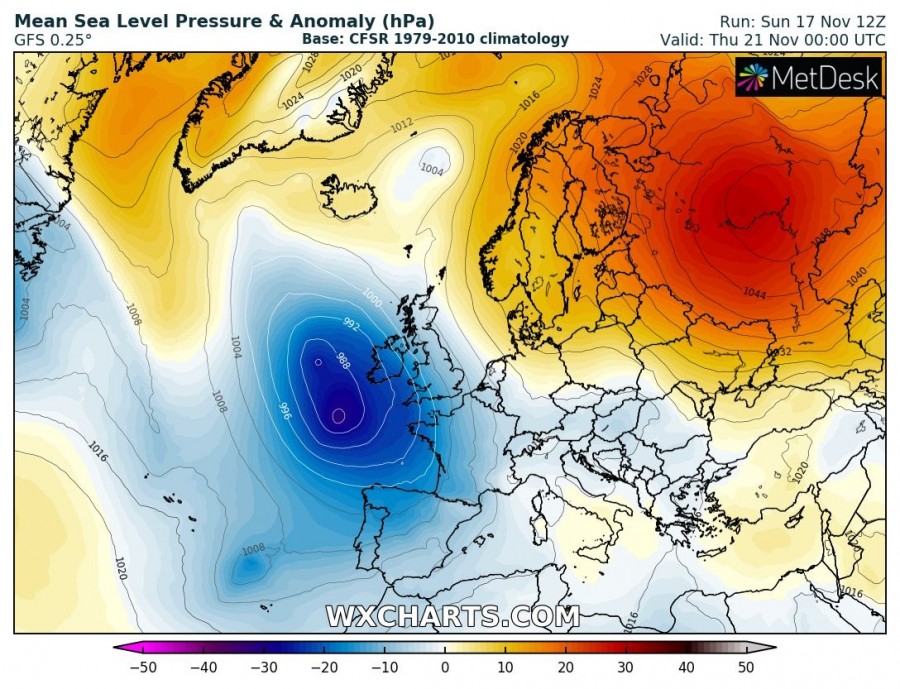