Claudia continues moving west-southwest to the north of the northwestern coast of Western Australia state today, while still gradually gaining strength. As of 06 UTC analysis update today, Jan 13th, the system had maximum sustained winds of 80 knots / 90 mph / 150 km/h and central pressure around 970 mbar, aligned with Dvorak estimates T number 4.5. Severe Tropical Cyclone #Claudia continues to strengthen but is moving away from #Australia into the open waters of the Indian Ocean.

NEW UPDATE: Tropical Cyclone #Claudia maintains an impressive satellite presentation but is finally weakening while moving away from Australia

A couple of the latest satellite images in various channels, impressive deep convection and healthy outflow remain. However, some shear is disturbing the better organization of the convective bands, therefore it does not appear Claudia would develop a better-defined eyewall and the eye feature. 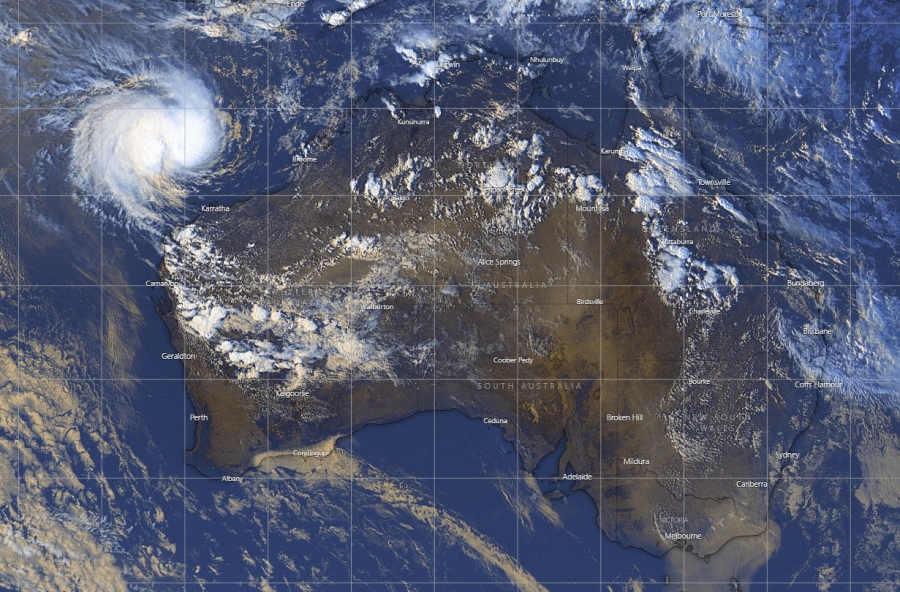 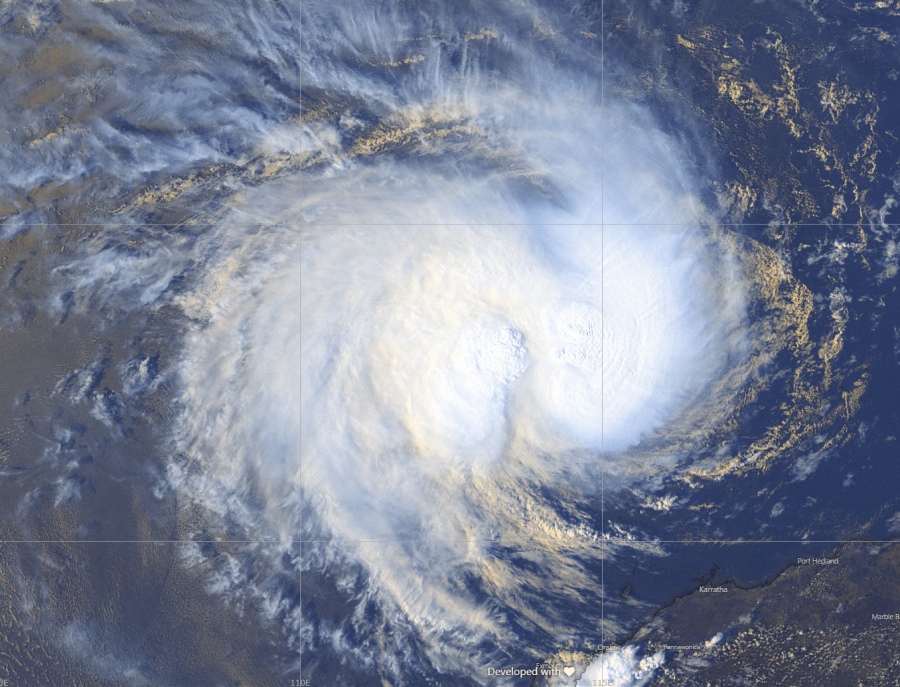 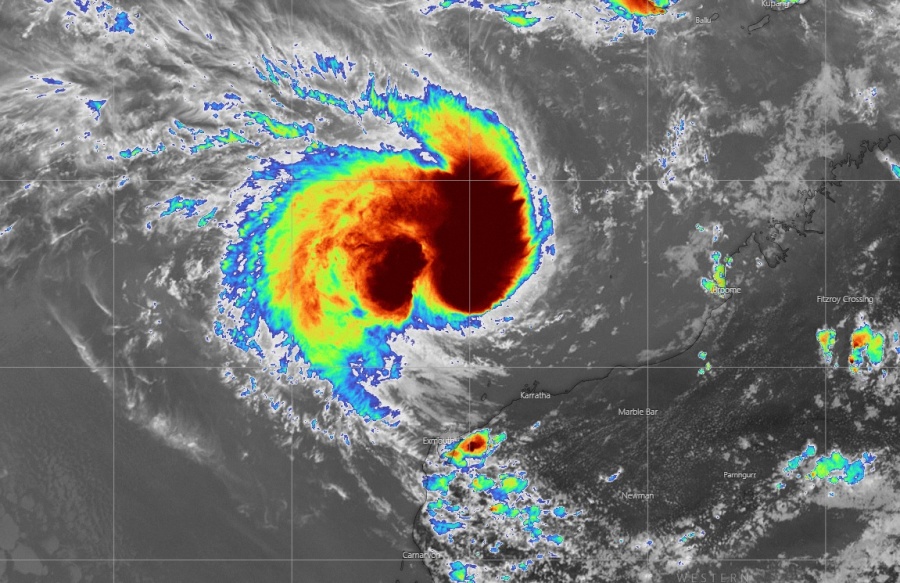 Advanced Dvorak Technique (ADT) estimates suggest the cyclone has been steadily intensifying today and is now holding at around 80 knots maximum sustained winds and the minimum central pressure around 968 mbar. Claudia has also built up powerful winds around the center, with 50-knot winds radii extending 40-55 miles across all four quadrants. There is also a smaller wind radii of hurricane-force 64-knot winds, extending 20-25 miles around the center.

The future track of Claudia based on BoM and JTWC graphics, both are hinting it will maintain its severe strength around 80-85 knots for another day or two. Then, the more significant weakening trend starts after Wednesday while the system will be moving away from Australia into the open waters of the Indian Ocean. Currently, still favorable sea-surface temperatures around 30 °C are present and relatively low deep-layer shear, supporting explosive storms around the center. 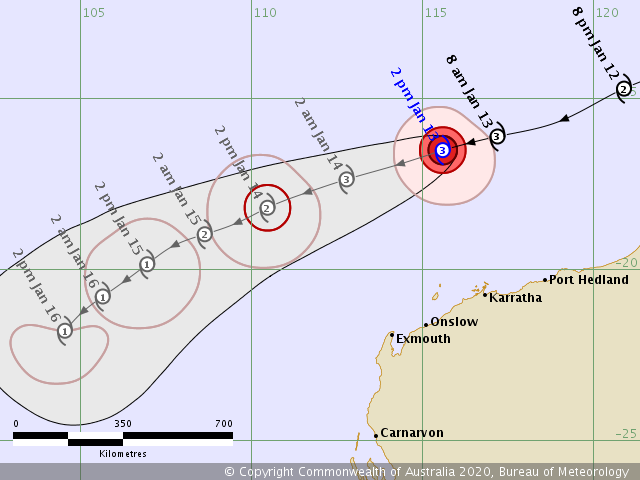 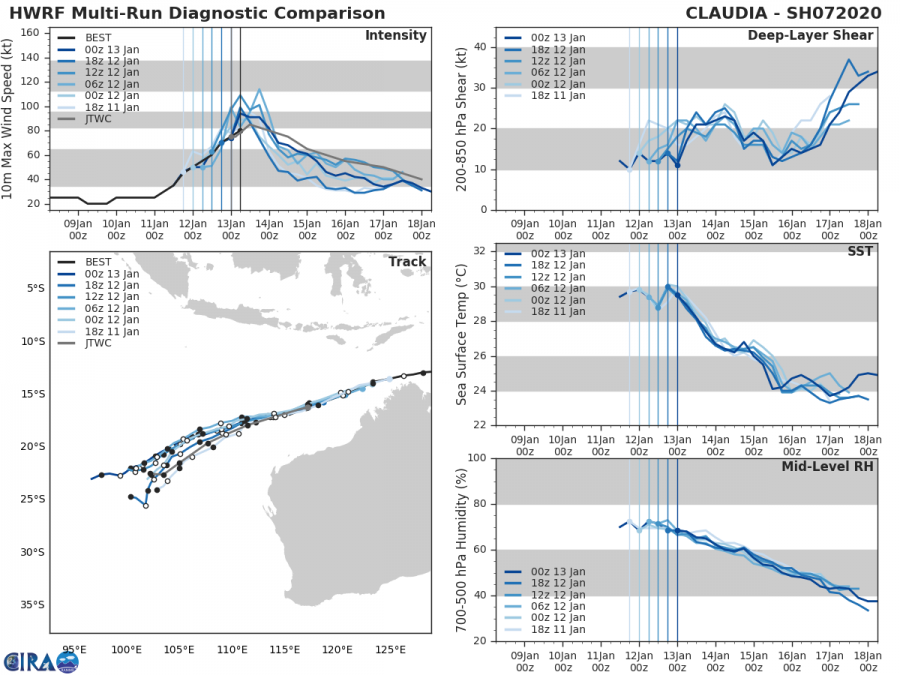 Here is a detailed H-WRF model forecast through the next 36 hours, Claudia will at least maintain its strong Category 3 strength, while possibility still exists it could be upgraded to a Category 4 with 90 knots sustained winds. 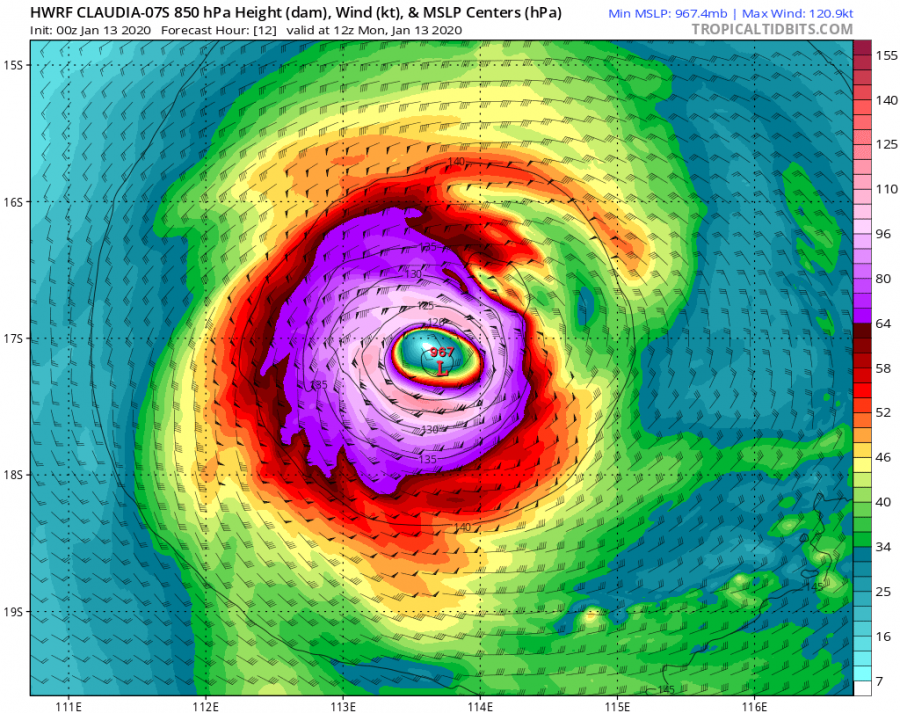 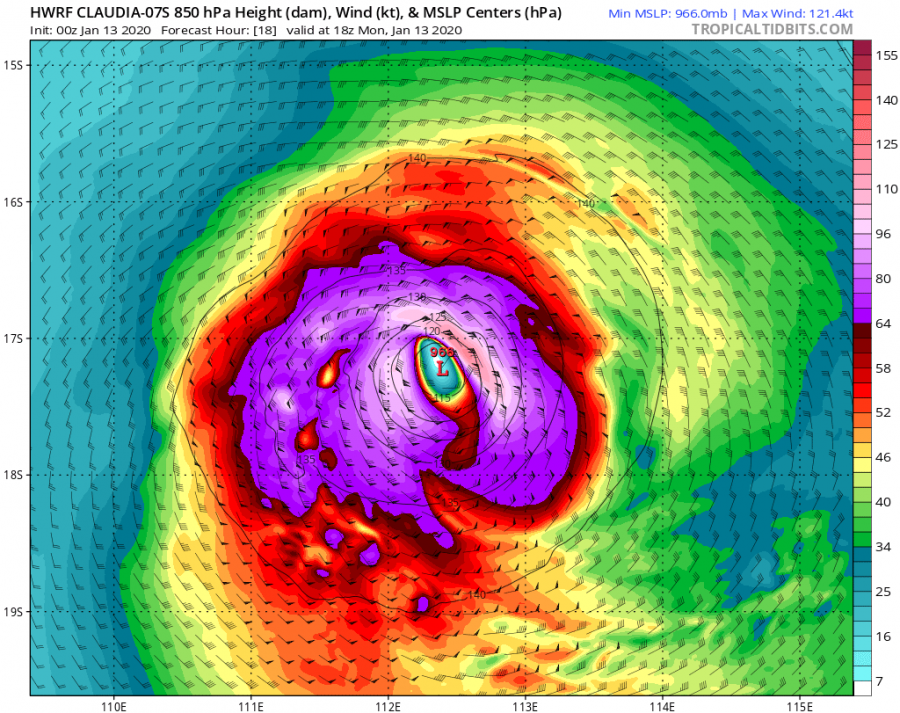 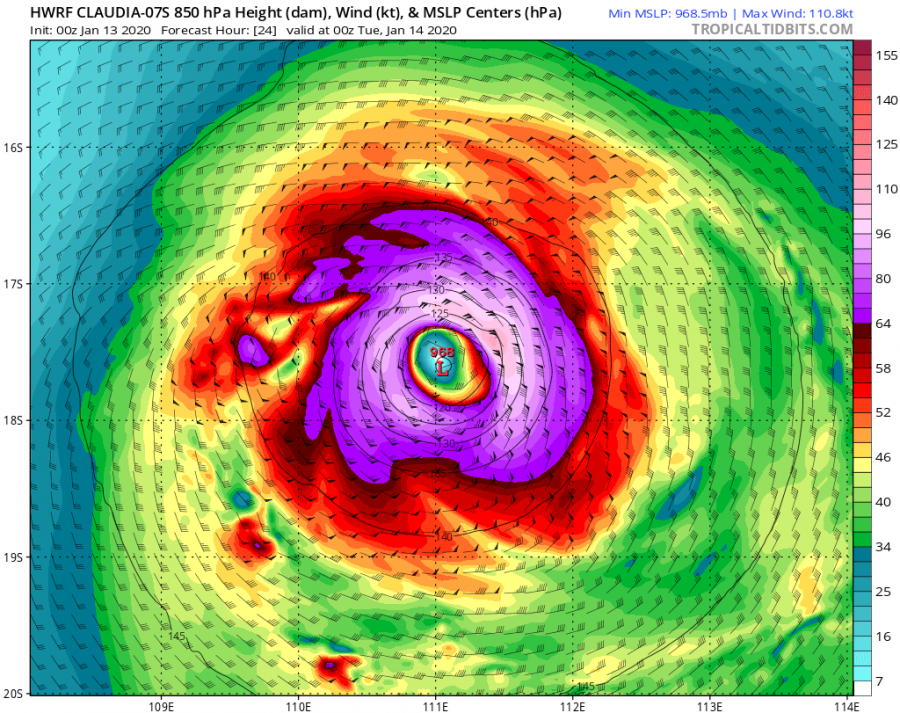 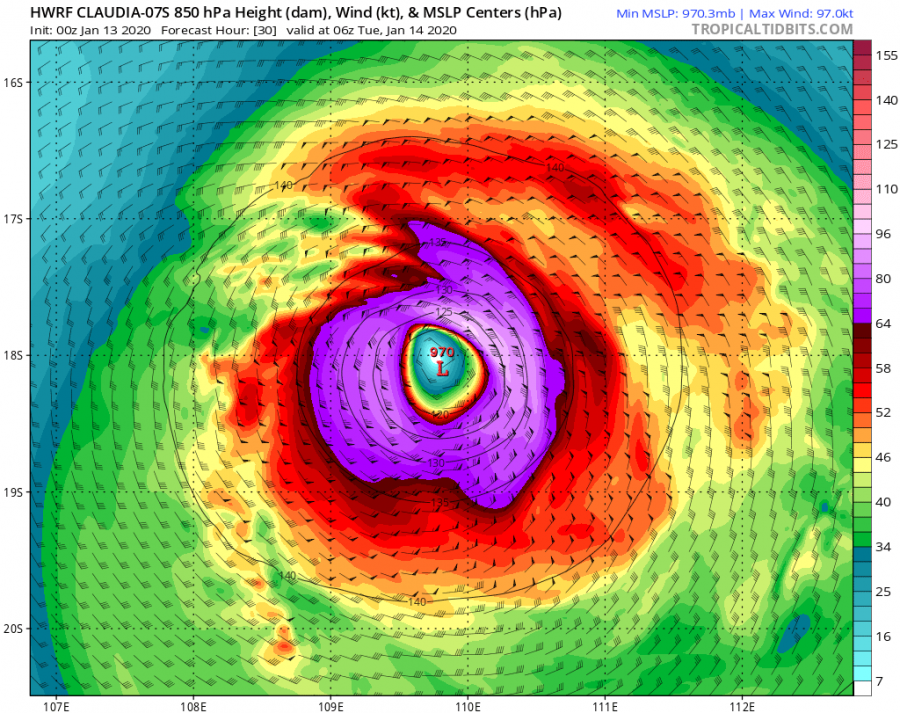 Further north of Australia, the Tall volcano has erupted in Philippines this weekend: