With an active pattern over the North Atlantic lately, there are now two very large surface cyclones underway. The twins are trapped between two ridges on its east and west side, slowly drifting north. Satellite imagery is revealing some very nice structure of the systems. The eastern cyclone of the twins is the cyclone we have discussed last night – it will deliver severe winds threat towards Ireland tonight.

The current pattern across our side of the Northern Hemisphere is resulting in blocking high across eastern Canada and west-southwest Europe, while the deep trough is trapped in between – over the North Atlantic. With a persistent advection of cold air mass from the Arctic region, the results are frontal systems and cyclones. Today’s, Dec 25th, 12 UTC analysis by OPC NOAA indicated both deep cyclones have around 970-980 mbar, the western one being the strongest. Both are developing gale force winds on their south and storm-force winds on their immediate west side. There, the strongest pressure gradient is present. 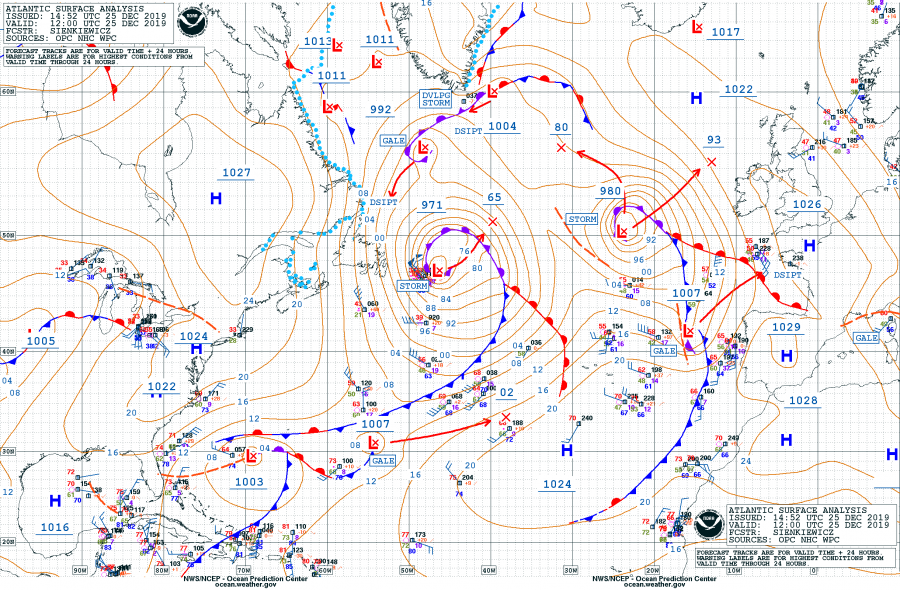 Here are a few of the pretty spectacular satellite images this afternoon, revealing an impressive cyclonic structure of both systems. Notice how huge both cyclones are, compared to the European continent on the far right (east). A detailed look over the satellites reveals the eastern system is already near its peak while the western cyclone is still rapidly deepening (should push into mid-960s tomorrow morning) with a powerful dry intrusion rounding the core. 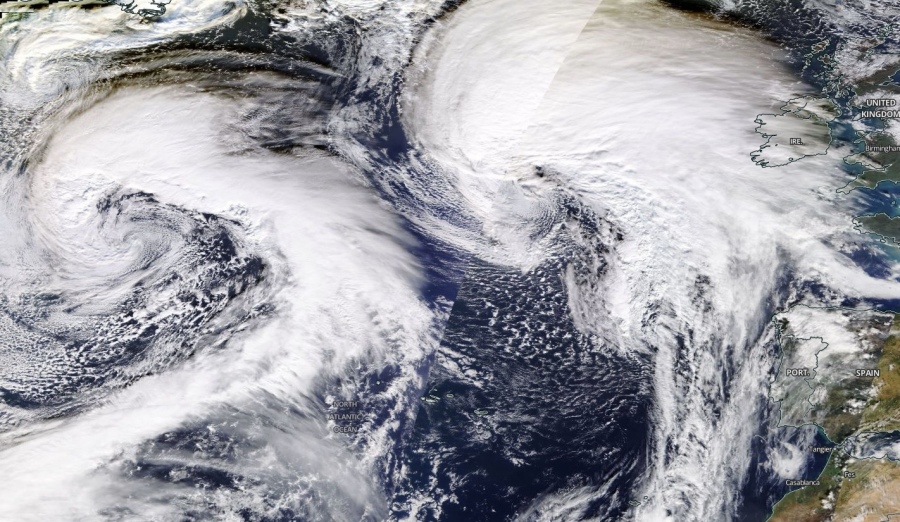 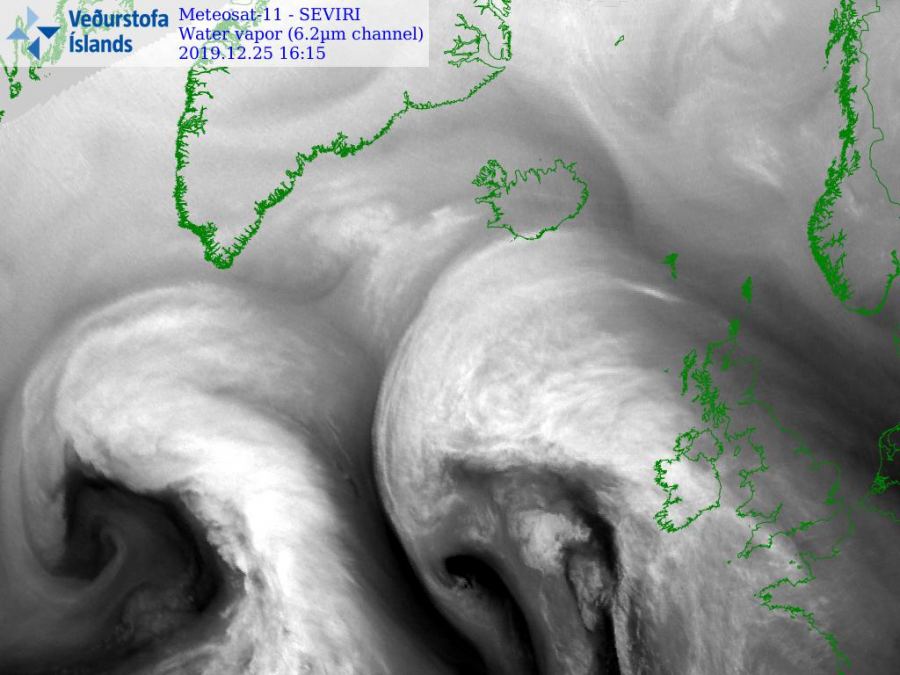 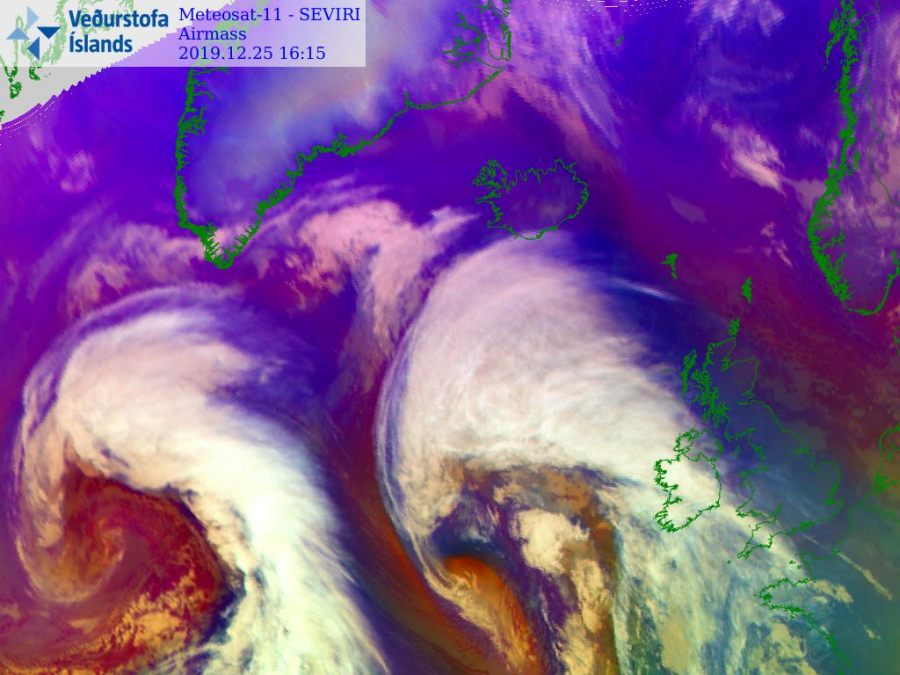 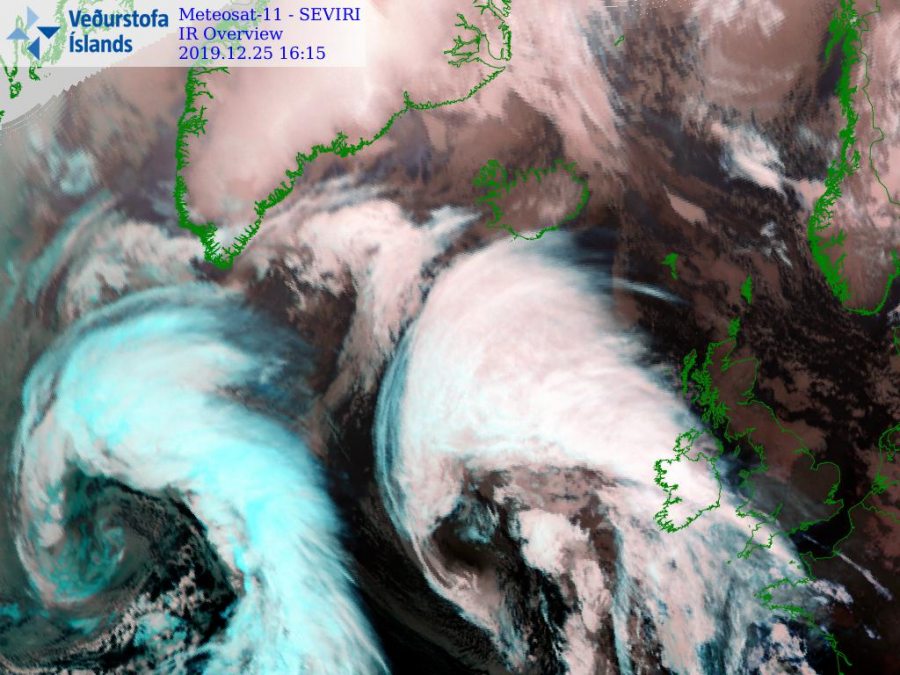 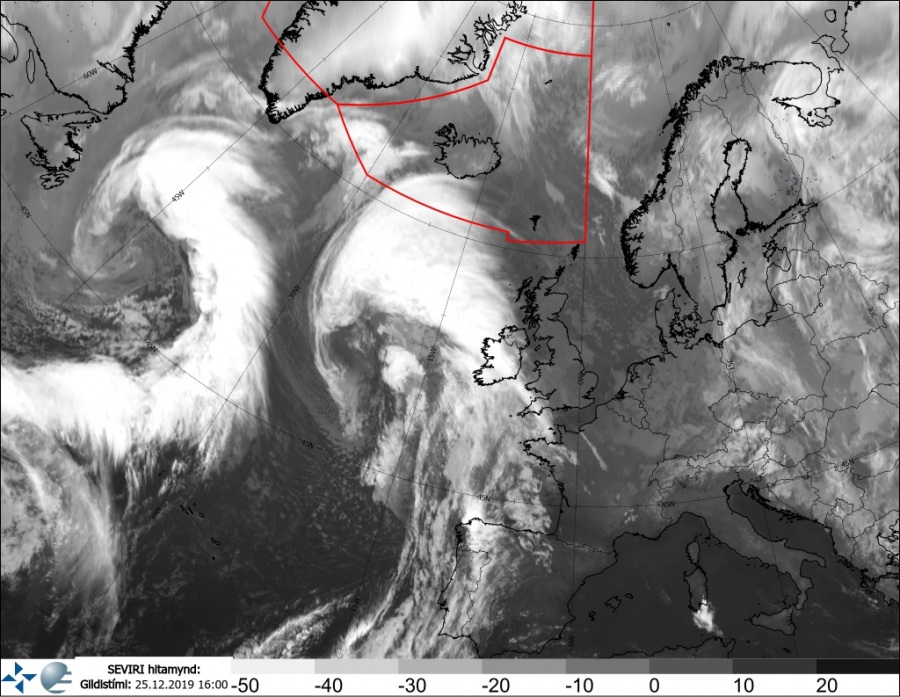 Both systems are gradually moving north-northeast today where the right cyclone is expected to vanish tomorrow morning. The left cyclone will continue moving north until Friday when it weakens nearing Iceland and Greenland. 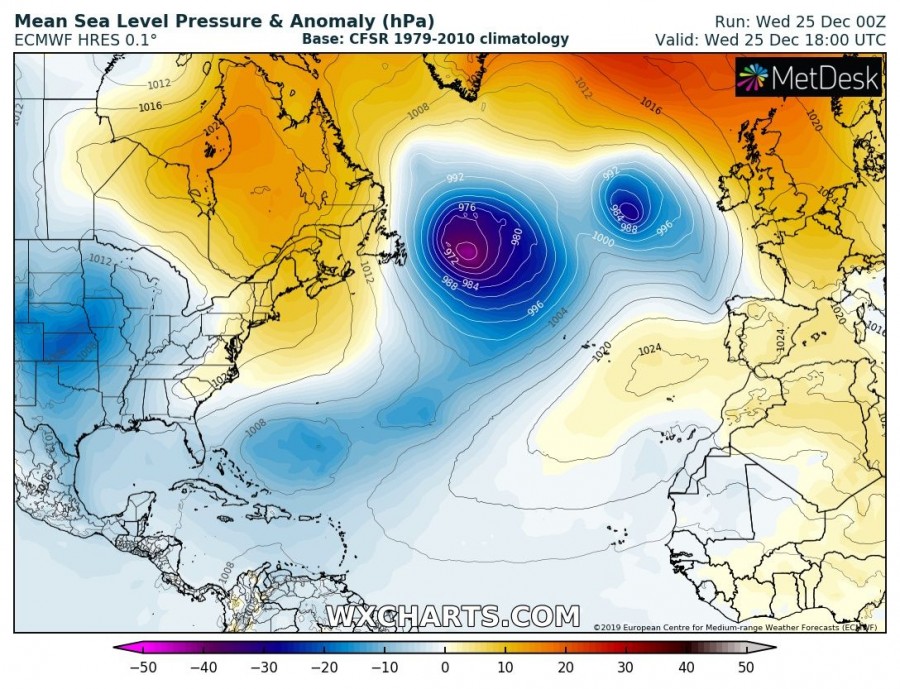 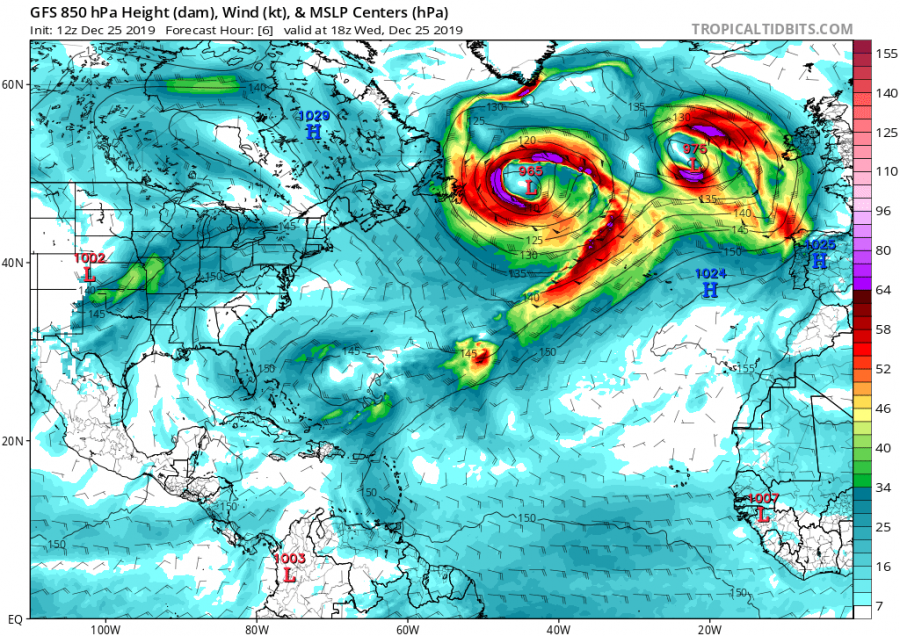 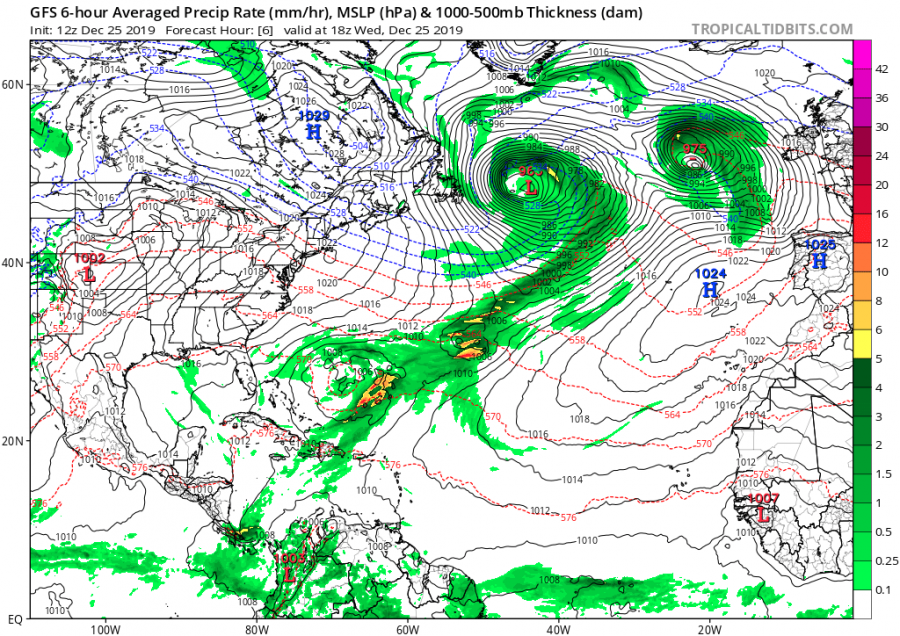 While both cyclones are quite impressive to see, their future track and impact should not significantly affect any land areas.

See also – details on the eastern cyclone of the twins:

Cyclogenesis taking place over the Azores, moving towards Ireland on Wednesday’s night

A month ago there was similar very large cyclone over the Atlantic as well: