Tropical region continues with some activity also this weekend. A new, potentially dangerous, system #01B (One) has developed over the southern Bay of Bengal today. Its impressive satellite presentation and forecast weather models suggest we could see a destructive Category 3-5 system through mid this week. The cyclone could bring dangerous flooding, storm surge, and destructive winds could blast into northeast India (including the capital Kolkata) and southern Bangladesh.

NEW UPDATE:
Tropical cyclone Amphan (Bay of Bengal) could become one of the most intense Category 5 on record in the North Indian Ocean – major Indian city Kolkata in its direct path

Tropical depression #01B is currently packing the maximum sustained winds of 40 knots (50 mph), with central pressure 995 mbar. It is gaining strength and deepening today, expected to become a tropical cyclone within the next 24 hours. Very warm sea temperatures of the Bay of Bengal and very low upper-level winds (shear) are present in the region. Therefore the system is ready to explode with rapid intensification sometime on Monday into early Tuesday.

Satellite imagery reveals 01B already has an impressive poleward/equatorial upper-level outflow. Together with very warm SSTs, it is ready to intensify further significantly. 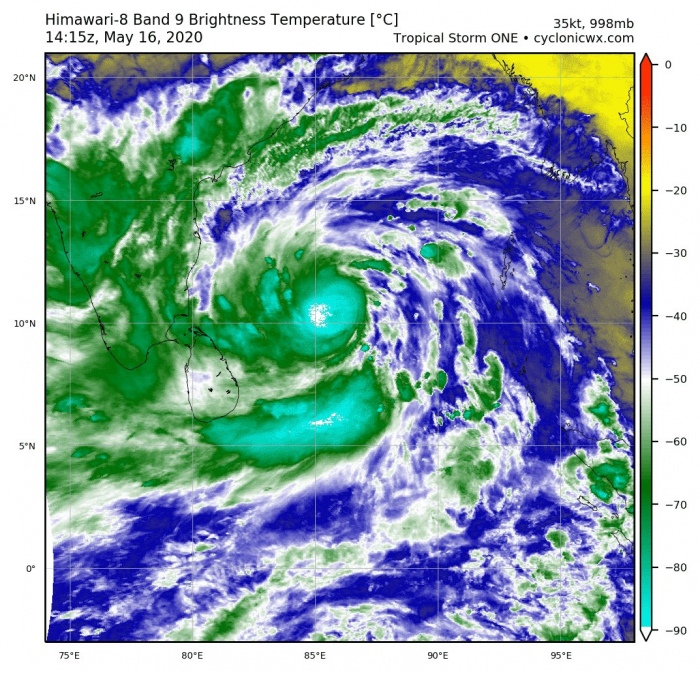 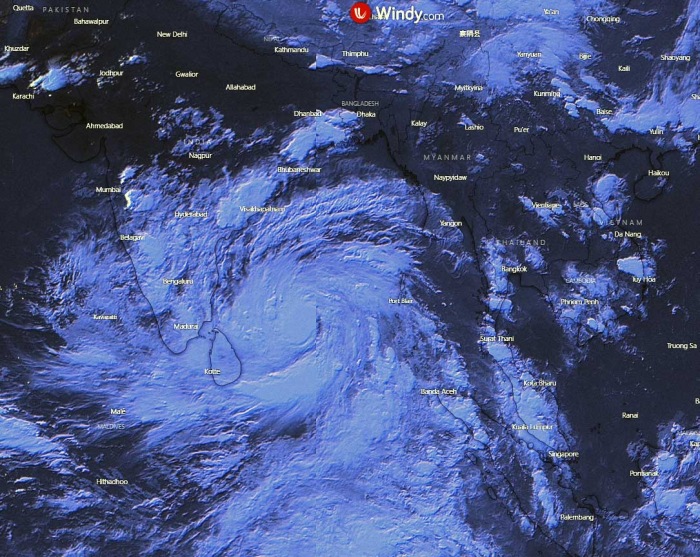 Cyclone #01B is likely going to be a significant threat to Bangladesh in the coming days.

The threat of a major cyclone is quite high. pic.twitter.com/MRWYng5KlB

Advanced Dvorak Tecnique (ADT) analysis estimates there is already 50-knot wind radii extending 30-50 miles across SW, NW and NE quadrants, system is organizing fast! It is steadily strengthening. Expect it to intensify with even faster speed on Monday.

Looking over the Ocean Heat Content (OHC) map, we can expect the system to literally explode over the next 24-36 hours! Extremely favorable environment with very warm seas should boost its intensity very fast!

Based on the current model tracks, 01B will continue almost due north over the next 48 hours then slightly curve towards northeast prior to landfall on Wednesday evening. The exact track is still uncertain, but will be cleared out as soon as 01B gets stronger and weather models pick up the system properly into modelling. 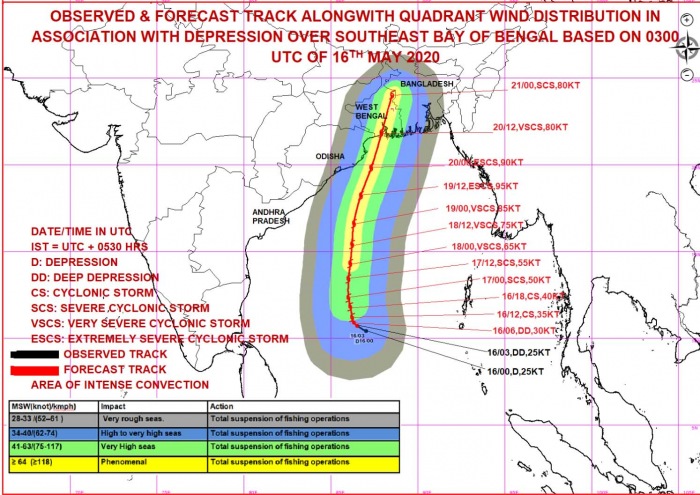 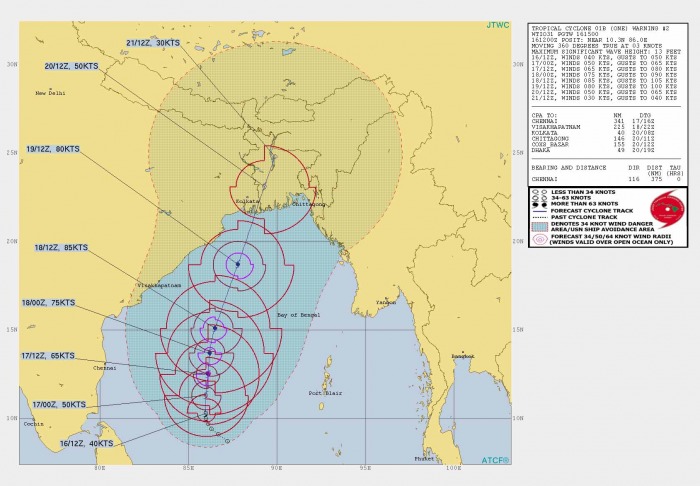 Here is 850 mbar and 10 m sustained winds for the local Wednesday evening in Bangladesh and India. The system could become a violent one with more than 120 knot winds. That would be at least a Category 4! 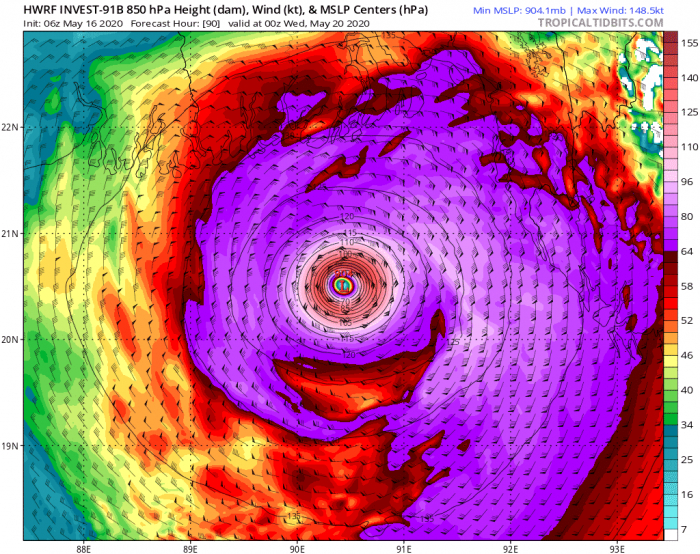 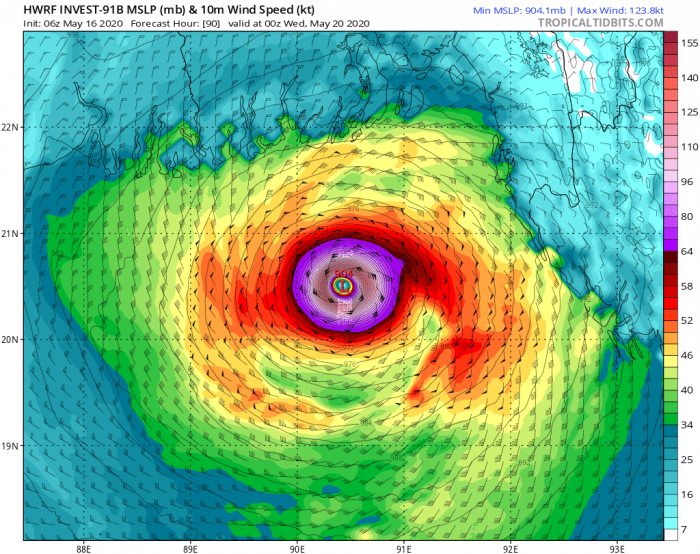 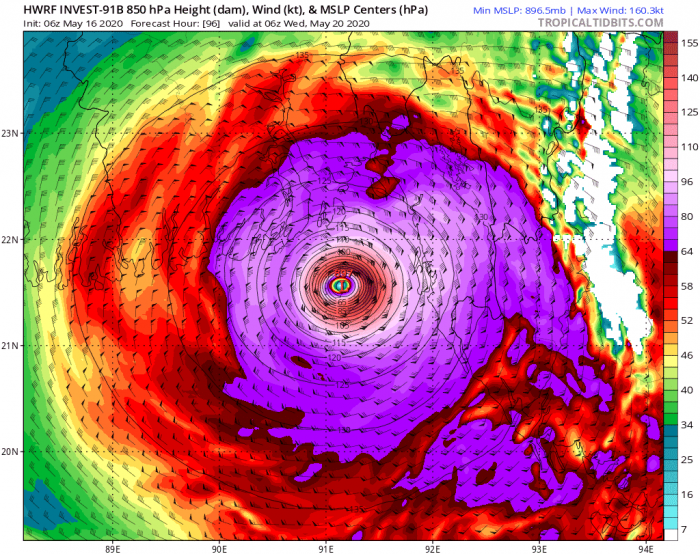 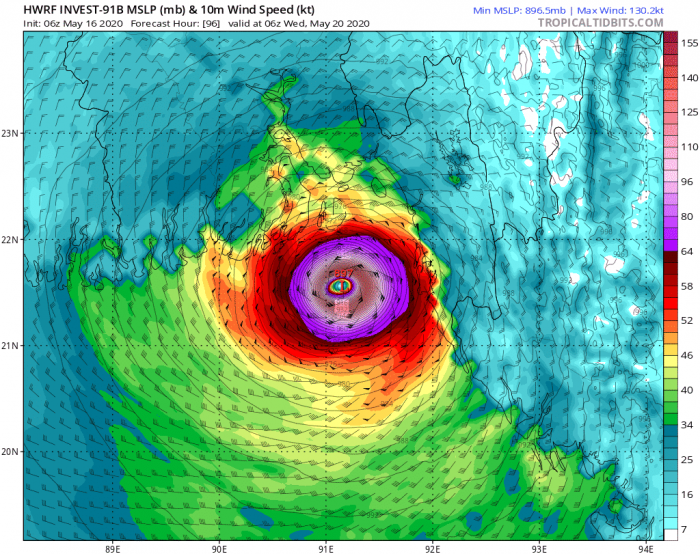 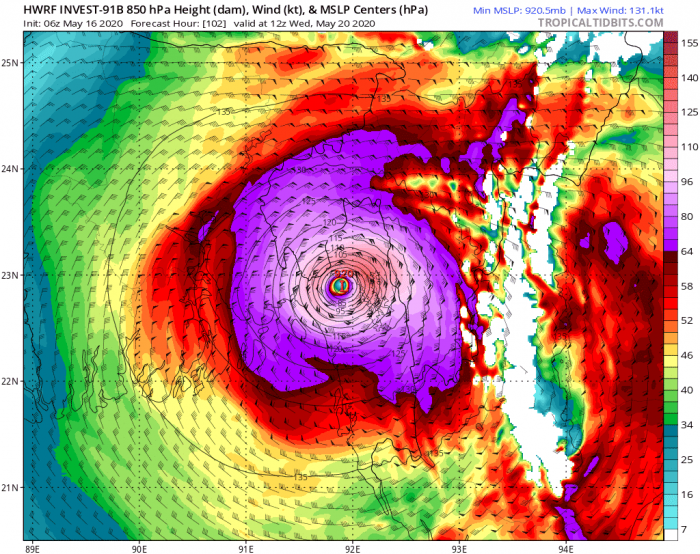 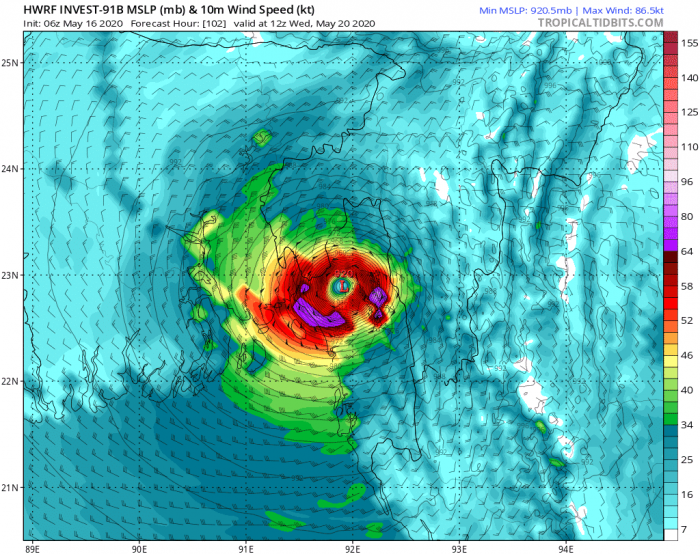 Huge wind swath is likely to be expected with this system, as is it very large. Also, deep convection and very warm SSTs should bring tons of rain. And become extremely dangerous over the flatlands of Bangladesh and northeast India. This tropical system could, based on HWRF model, bring 400-550 mm of rainfall along its track. Depend on the track of the low, the potential landfall is not yet defined so far in advance. But it should happen by mid this week: 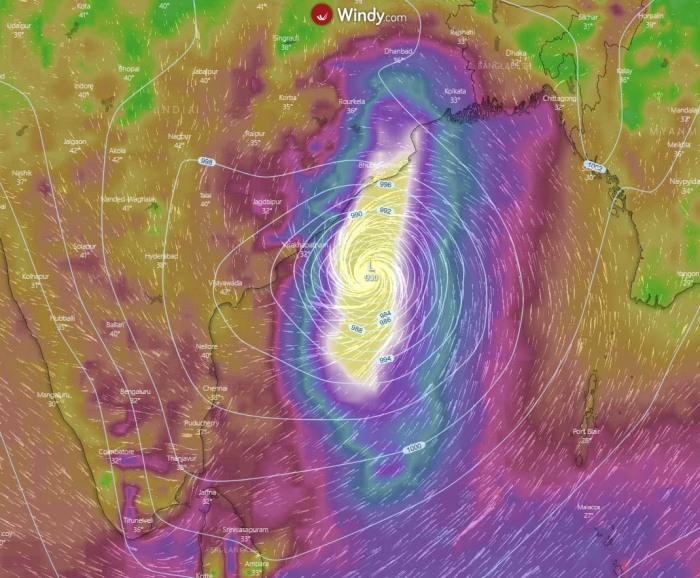 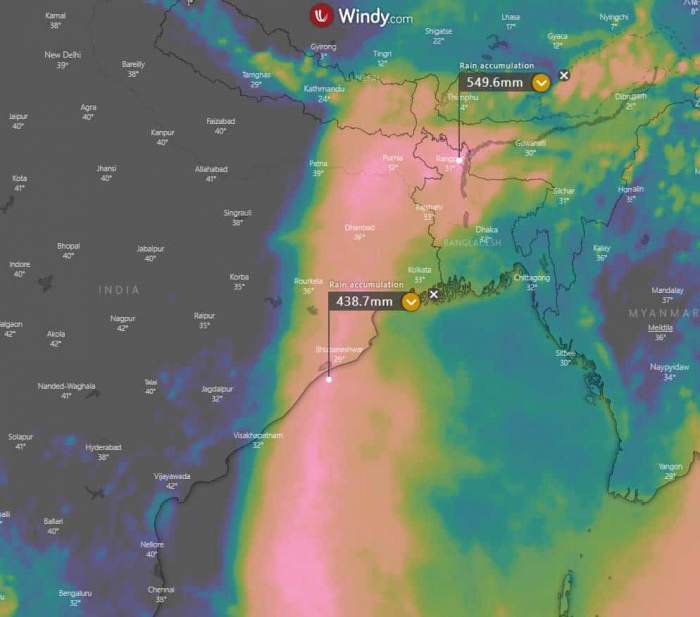 We will be posrihg more updates in the coming days – stay tuned!