The tropical cyclone #Amphan is now a Category 5 cyclone in the Bay of Bengal. Beyond exceptional rapid intensification has occurred over the past 24 hours. Amphan has intensified from 65 knots (75 mph) sustained winds to 140 knots (160 mph). This puts Amphan into the list of the most extreme rapid intensifications of tropical systems on Earth. Amphan has a central pressure of near 910 bar and is approaching northeast India! Cyclone is still expected to make landfall near the Bangladesh/India border. Major storm surge, destructive winds and flooding are likely.

Satellite imagery and animations are outstanding. System is extremely large, with a closed COD (Central dense overcast), small pinhole eye and exceptional upper-level outflow pattern. Amphan is a remarkable monster cyclone and something you do not want to see moving towards any land areas. 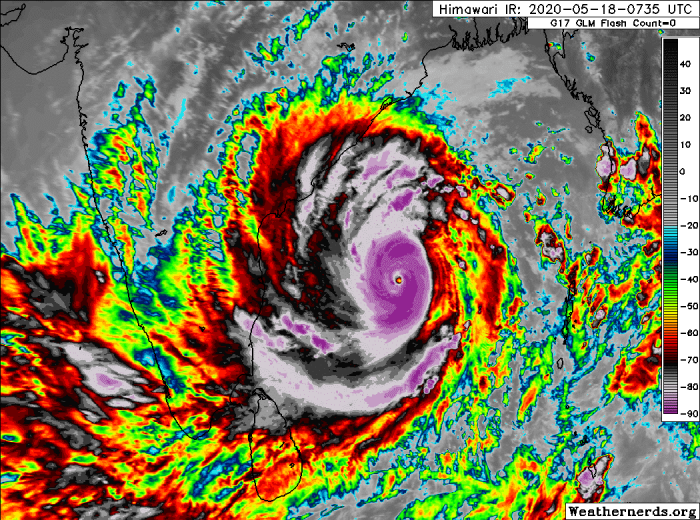 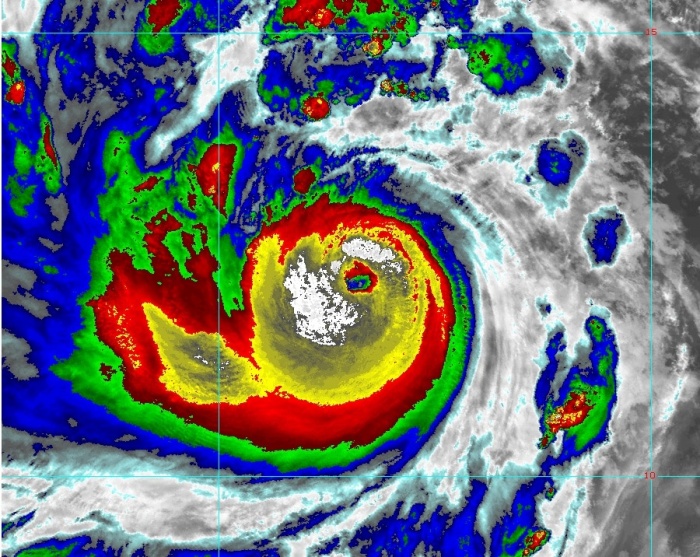 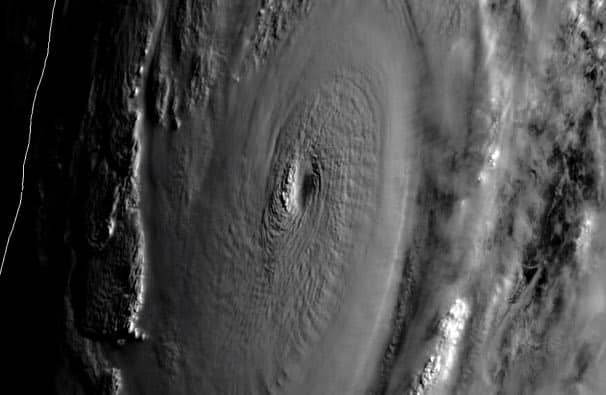 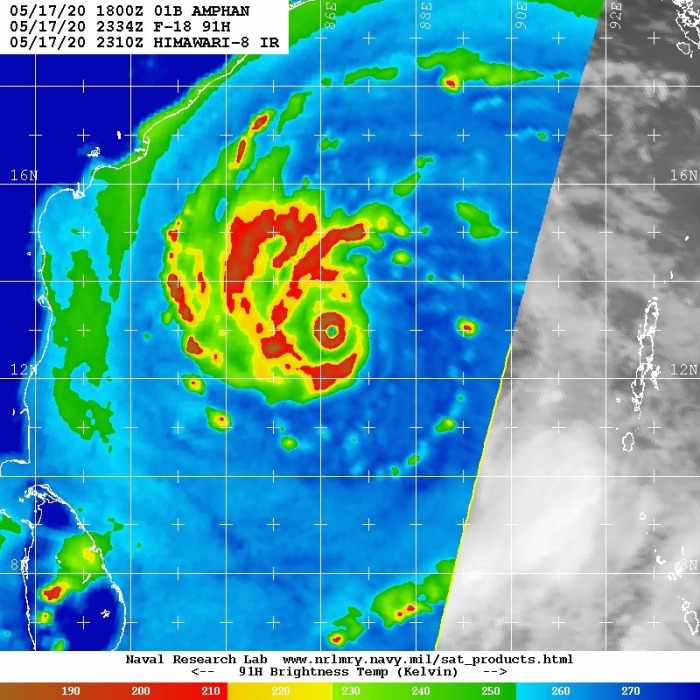 #Cyclone #Amphan has now officially become a Category 5 equivalent storm in the Bay of Bengal, after a stunning bout of rapid intensification. The storm is still expected to make landfall near the Bangladesh/India boarder and storm surge is a major threat. Be prepared! pic.twitter.com/qmtROWAxqQ

TC #Amphan has intensified to 140kt, making it an equivalent category 5 hurricane.

Amphan has a huge wind radii! 50-knot winds are expanded 100-125 miles across all four quadrants. It also has 85 miles of wind radii of 64-knot winds (hurricane force). That is a huge area! This is the result of an extremely rapid intensification over the past 12-18 hours.

Here is the Amphan’s track history of its intensification in 6-hour timeframes: 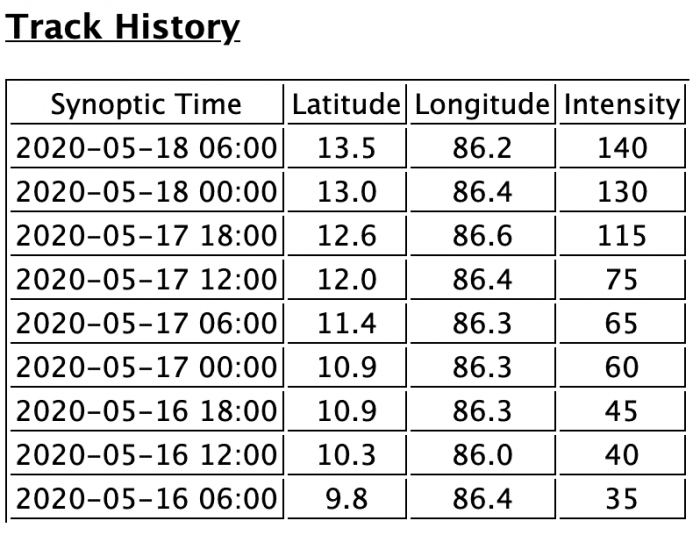 Cyclone remains in the extremely warm sea waters present over the Bay of Bengal. The sea surface temperatures near 31-32 °C are resulting in very high values of Ocean Heat content (OHC). Amphan should remain in this ‘fuel’ for another 24 hours, so we can expect it to peak today before it begins with its weakening trend. Which, at the end, might not be significant given such a large scale of the system. Amphan will blast into West Bengal State and southern Bangladesh!

The future path of Amphan remains on track with the previous model simulations. It will continue moving north foir another day, then curve slightly towards north-northeast prior to landfall in the northeast India (West Bengal state). It appears increasingly likely this monster cyclone could bring its destructive force into the coastal areas there.

The final 12 hours of Amphan’s travel across the northern part Bay of Bengal on Wednesday. Based on the HWRF moodel, it remains extremely powerful up until its landfall near the border of West Bengal state (India) and Bangladesh. 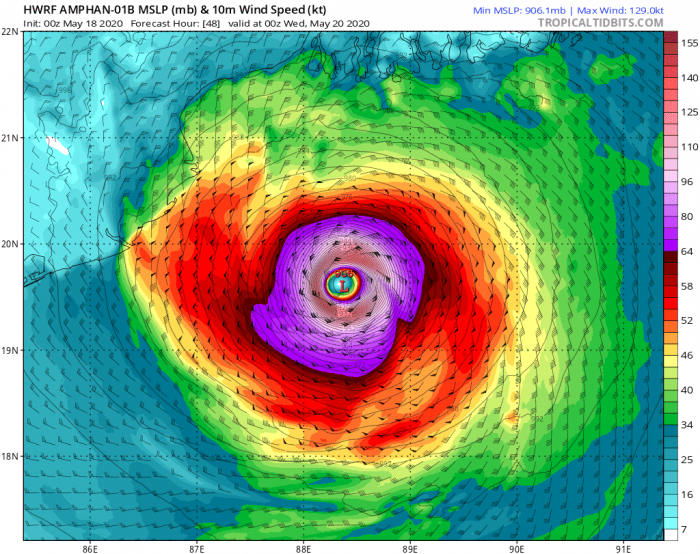 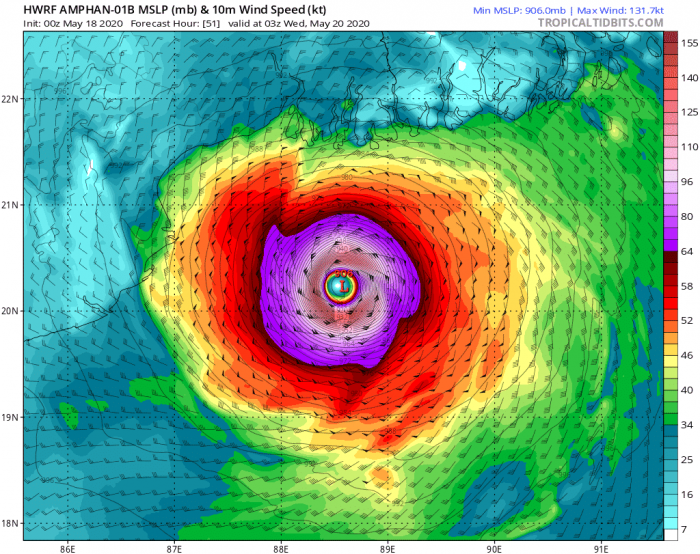 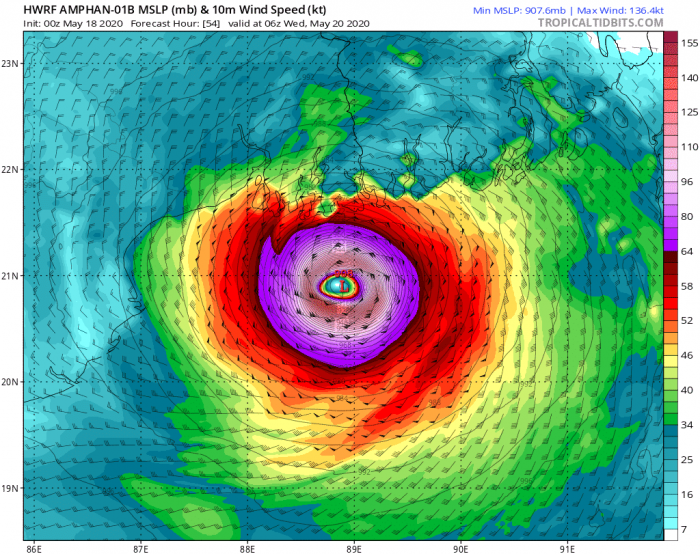 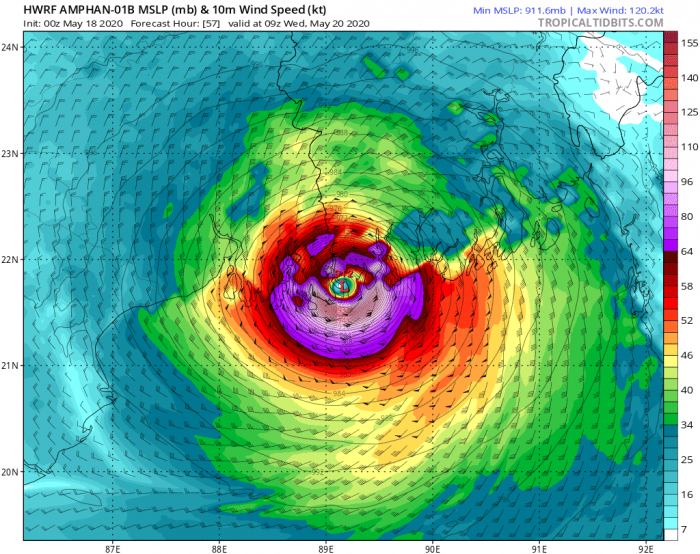 Attached are the wind accumulation and total rainfall maps over the next days across the Bay of Bengal and West Bengal state of India and Bangladesh. A wide swath of violent winds are spread towards the coast, also into Kolkata. Zoomed-in map of the landfall area indicates huge amount of rainfall is likely, more than 400 mm in some areas. This area will also be badly hit with major storm surge. 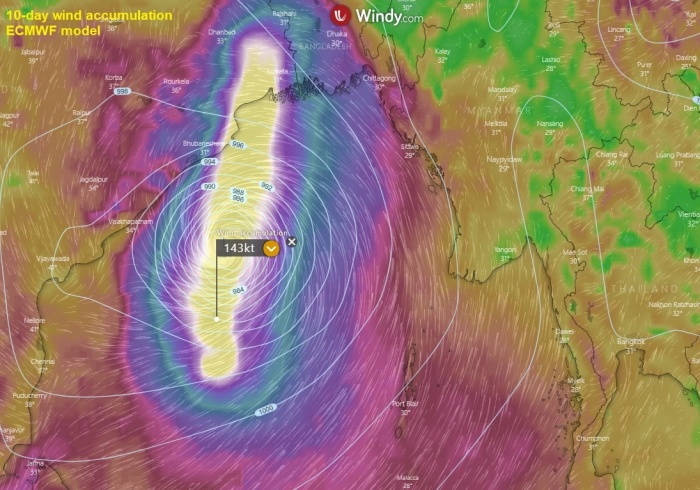 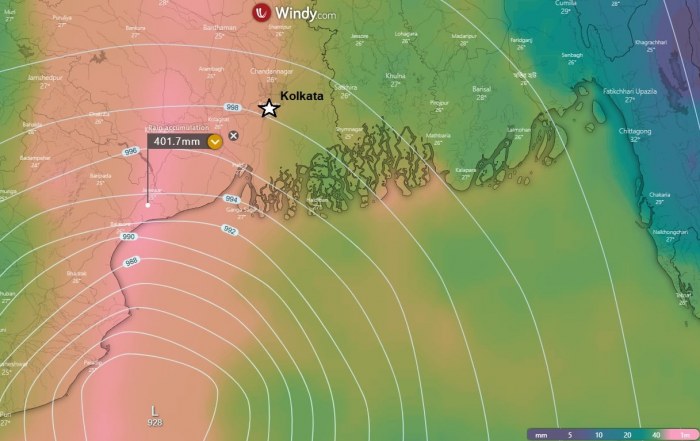 We are closely monitoring Amphan’s evolution and will keep you updated – stay tuned!