An *extreme* heatwave is underway over the south and southeast Europe this weekend. Dry foehn winds have pushed the peak temperatures up to +43 °C in Turkey, up to +41.5 °C in Cyprus, up to +40 °C in Greece and south Italy! There are 4 more days with extreme heat, as the heatwave is expected to persist until mid-next week. All days will likely peak near +40 °C again!

The heatwave expanded across the southern Mediterranean from North Africa on Friday, spreading into south Italy, southern Balkans, and Turkey. Peak temperatures have locally pushed above 40 °C! Precisely, +42.8 °C in Adana (Turkey), +41.5 °C in Morphou (Cyprus), +39.9 °C in Palermo (Sicily, S Italy), and +39.7 °C in Argos (Greece) today. It was also a very hot day in parts of North Macedonia, Albania, and Montenegro! 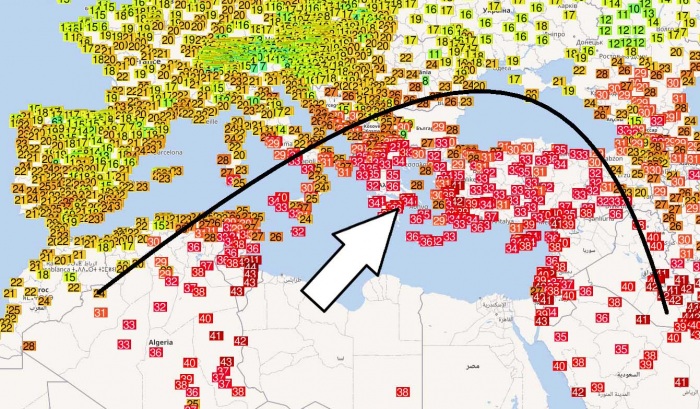 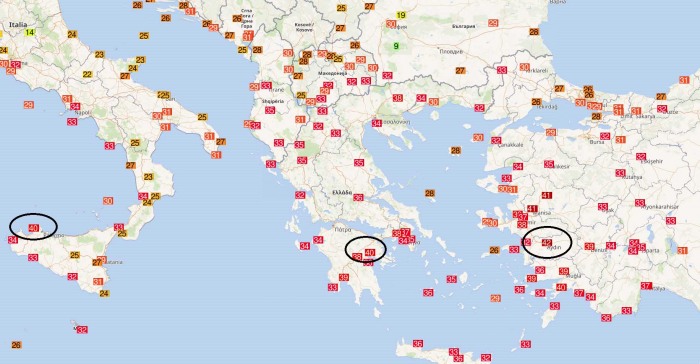 Below are the Top 20 METAR / SYNOP official stations with the highest temperatures across Greece, Cyprus, Turkey, Italy, and North Macedonia: 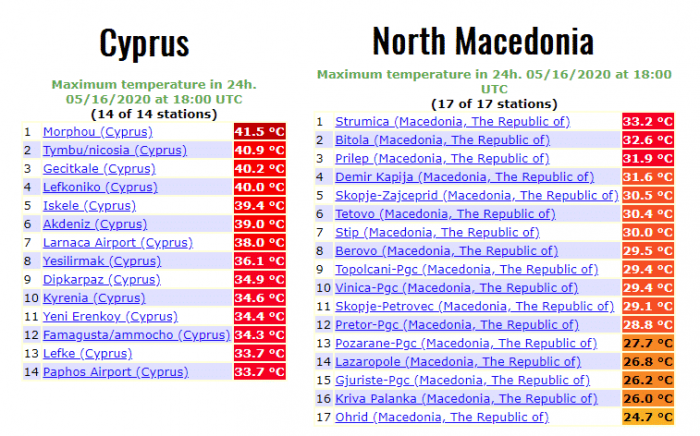 Here are the peak temperatures across Europe with detailed maps over southern Balkans today, May 16th: 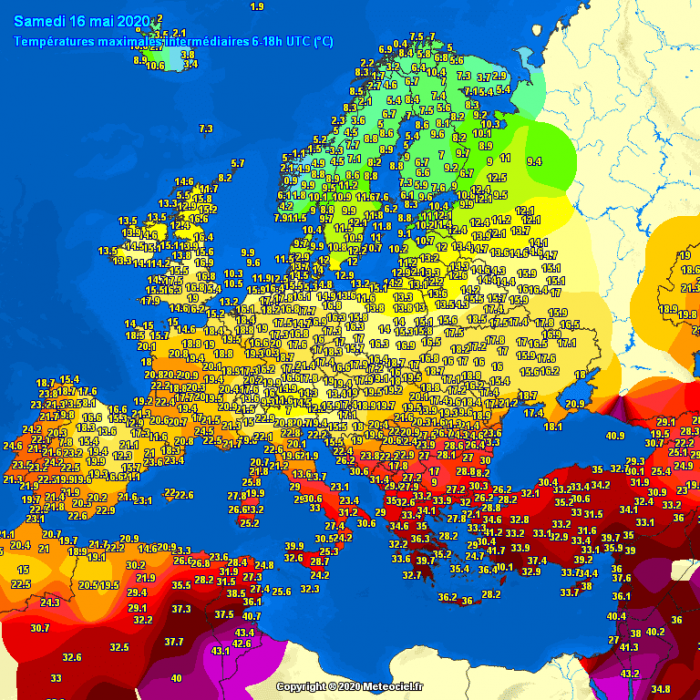 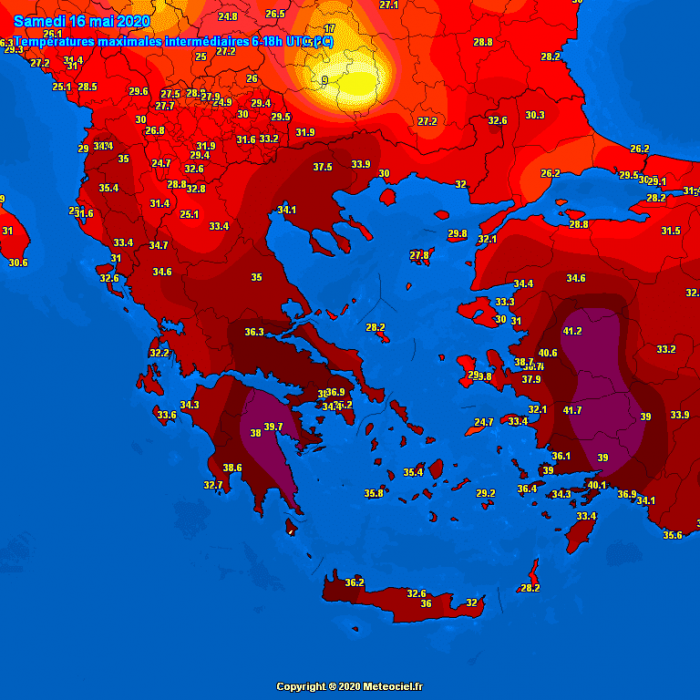 It was also extremely hot also in Sicily (south Italy). The airport of Palermo reported the peak temperature just shy of the 40 °C threshold. It was +39.9 °C this afternoon! The local stations around the city have even reported even slightly higher peaks! 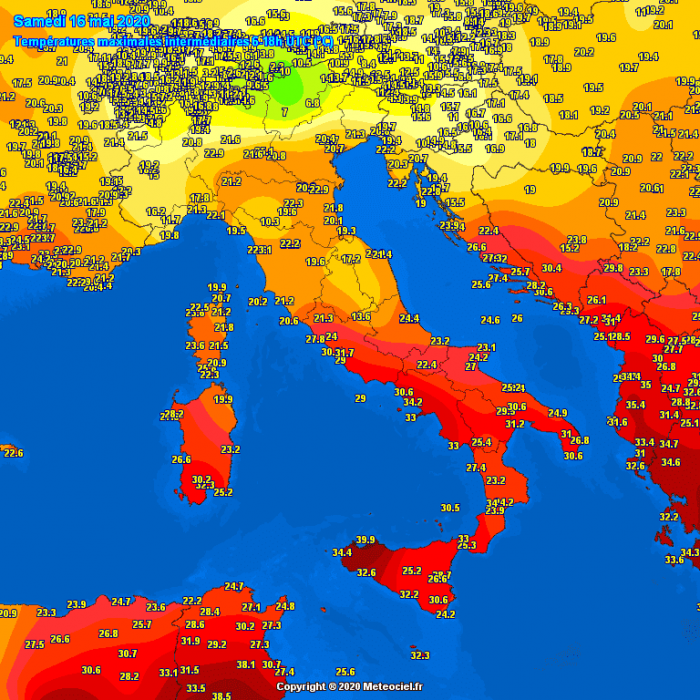 The extreme heat will extend until the mid-next week as it seems likely that maximum temperatures of 38-42 °C are again likely in some areas! There are four (4) more days with very hot weather ahead – so as least until Wednesday. Then, the second heatwave of 2020 will slowly vanish as the upper-level ridge over the Mediterranean collapses. 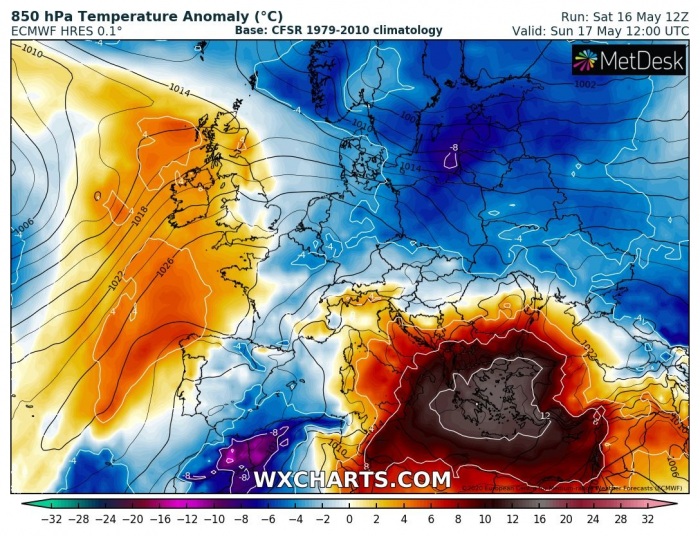 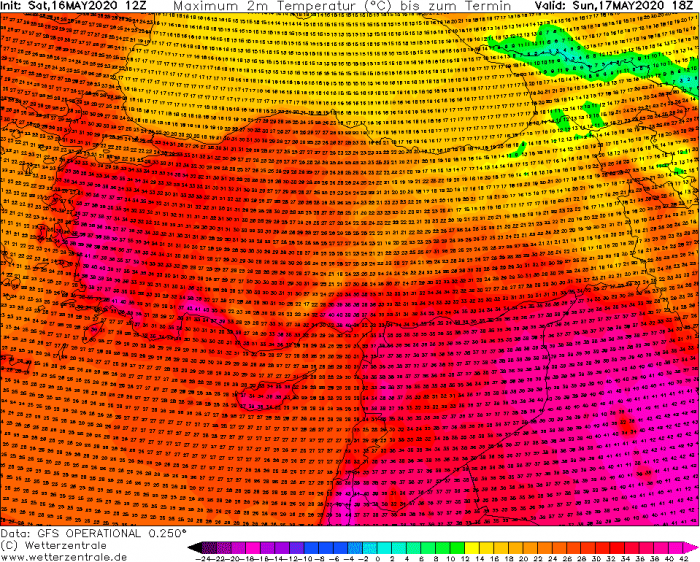 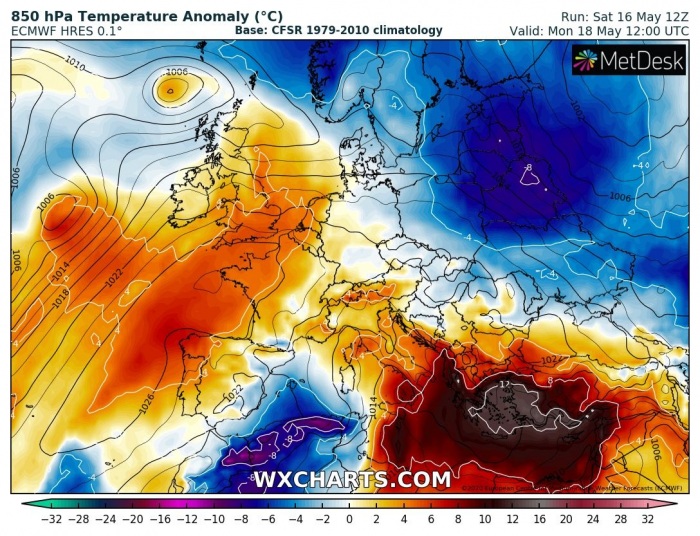 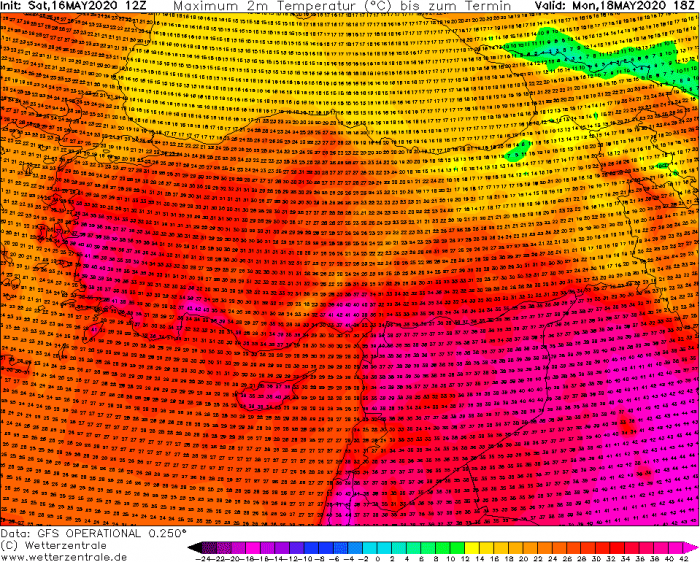 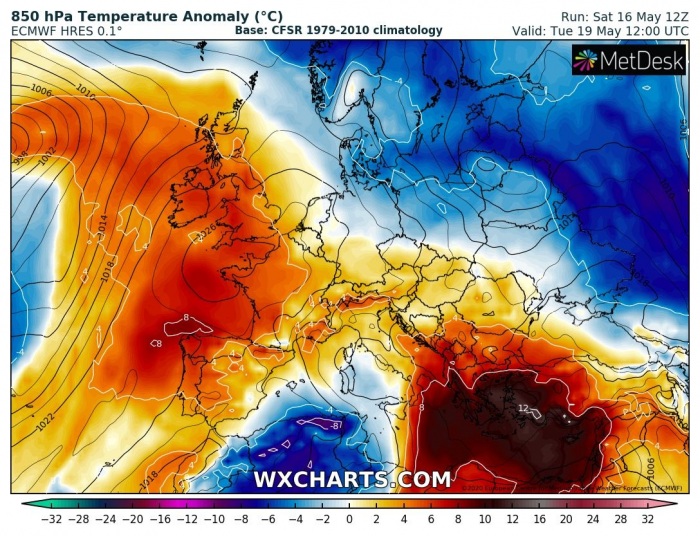 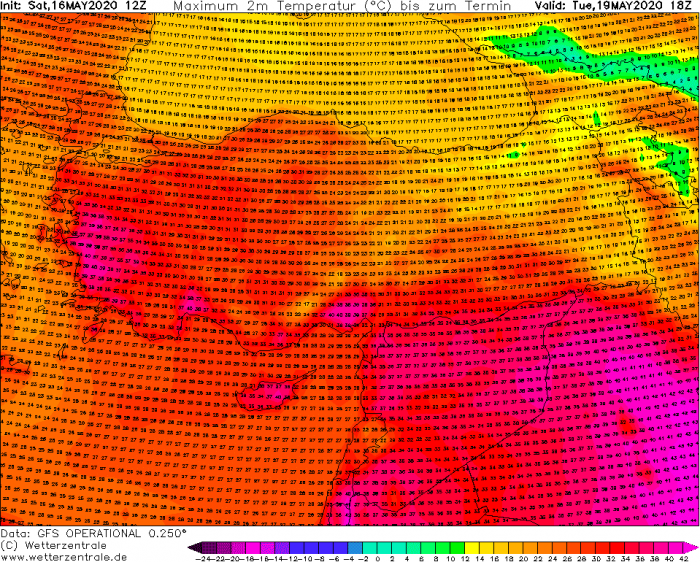 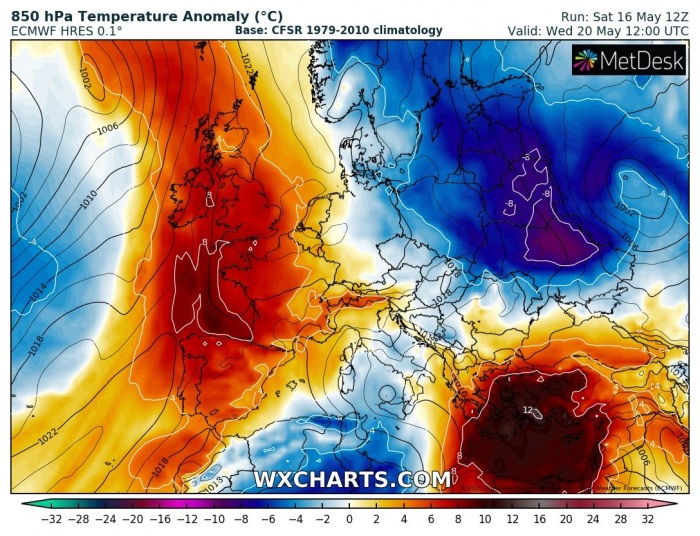 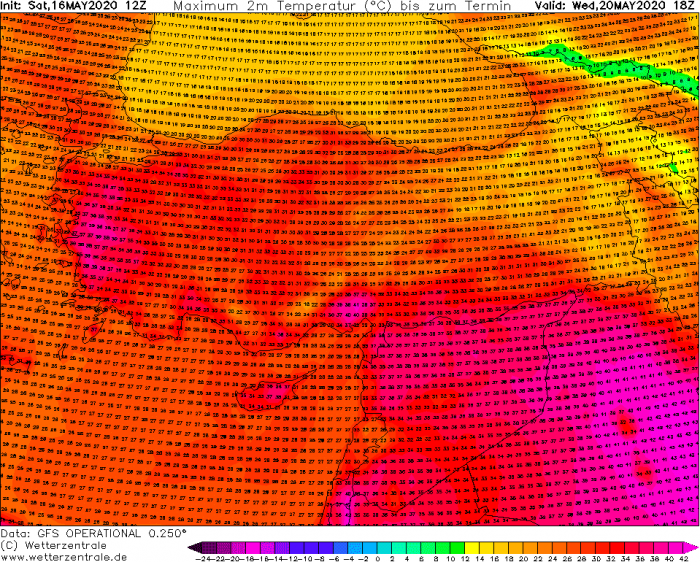