Vongfong has rapidly intensified over the past 24 hours and is now supporting a violent strength. It has been upgraded into a typhoon, packing 105 knots of sustained winds and near 957 mbar central pressure. Vongfong has intensified for 55 knots over the last 24 hours! It is now approaching its first landfall in the eastern Philippines, expected in the next 12 hours. The impact will be severe, likely with near 115 knots winds, devastating storm surge, floods and wind damage.

Typhoon Vongfong is looking very spectacular on the satellite. It is revealing a tiny pinhole eye which often happens during the rapid intensification phase. The outflow ventilation pattern is healthy, open in all four quadrants. The deep-layer shear environment should remain low, therefore supporting further maintaining or even slight intensification of the system. 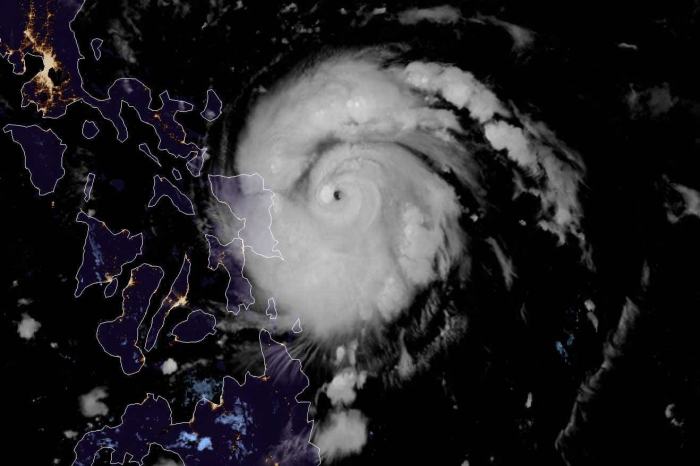 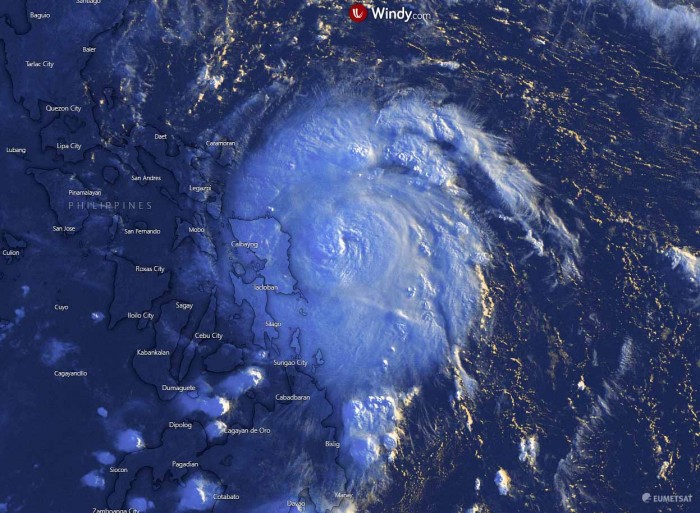 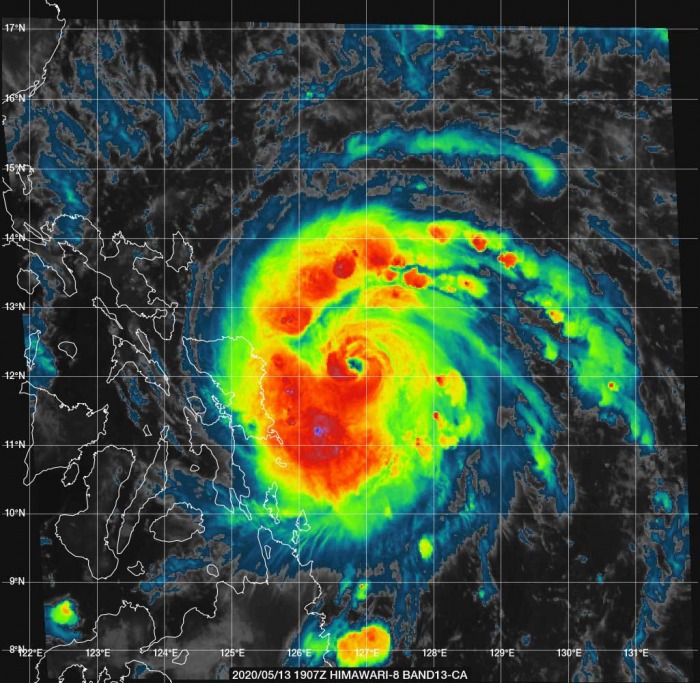 #Typhoon #Vongfong, also known as #Ambo in the #Philippines, is gaining strength as it approaches the islands. Ambo is equivalent to a Cat 1 #hurricane with winds of 130 km/h (80 mph). Evacuation orders have been issued for eastern islands. #wx pic.twitter.com/7sgo7KmheD

Vongfong is already supporting hurricane-force winds (64-knot), extending 15-25 miles around its center. Also, there are 50-knot winds extending across the radii of 30-45 miles. The raw T number is occasionally exceeding 5.5 when there are explosive bursts of deep convection.

Typhoon will impact the Philippines

Vongfong will first impact the eastern Philippines. Then the system’s future track will bring it into Luzon on Friday, likely with a powerful 100-110 knots sustained winds. It will be devastating, also with a high storm surge and a huge amount of rain.

The below maps show HWRF model prediction for Vongfong’s winds and central pressure over the next 24 hours. Its center will cross just south of the island Catanduanes, over the Lagoncy Gulf and make its first landfall near San Jose. It will then cross the land and across the San Miguel Bay. On early Friday it ejects into the Laman Bay and continues further towards Luzon island.

The Ocean Heat Content map (OHC) indicates Vongfong should remain in quite favorable ocean sea waters until its landfall in Luzon. Therefore suggesting the strength should maintain or even increase in this time.

Attached is the rainfall total over the next 10 days across the northern Philippines. We can see 300 to more than 400 mm of rain is possible in some areas, becoming supportive of damaging flooding and landslides.

We continue monitoring system’s evolution and will be posting more updates before its landfall in Luzon – stay tuned!