We can expect the 2020 Atlantic hurricane season to be more active than usual. Possibly similar to 2010, 2011, and 2017 seasons. High Atlantic Ocean sea-surface temperatures (SSTs), a developing La Nina and correlation with similar atmospheric past conditions suggest it will be an active year!

According to the NCSU (North Carolina State University), the season will likely see an above-average number of tropical systems in the Atlantic Basin. Potentially 18-22 named storms and 8-11 hurricanes. 3-5 of them could become major hurricanes (e.g. Category 5 hurricane Dorian).

The Gulf of Mexico, in particular, could see a much more active hurricane season, with nearly 50% of all the season’s expected named storms forming in the Gulf. In addition, two hurricanes and possibly one or even two reaching major strength. 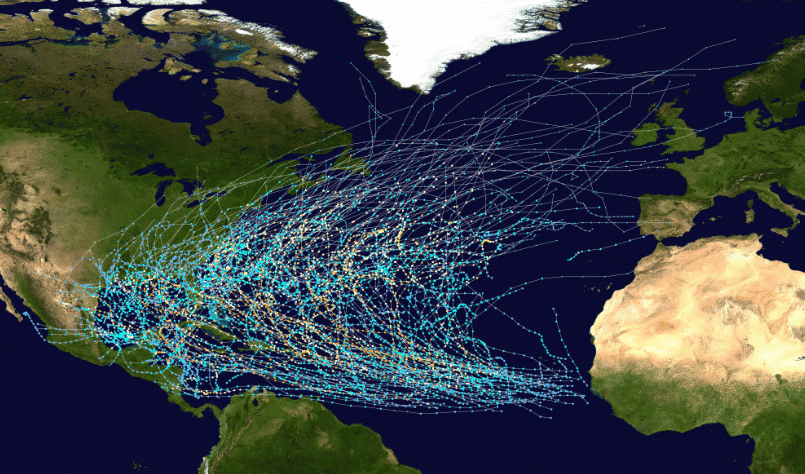 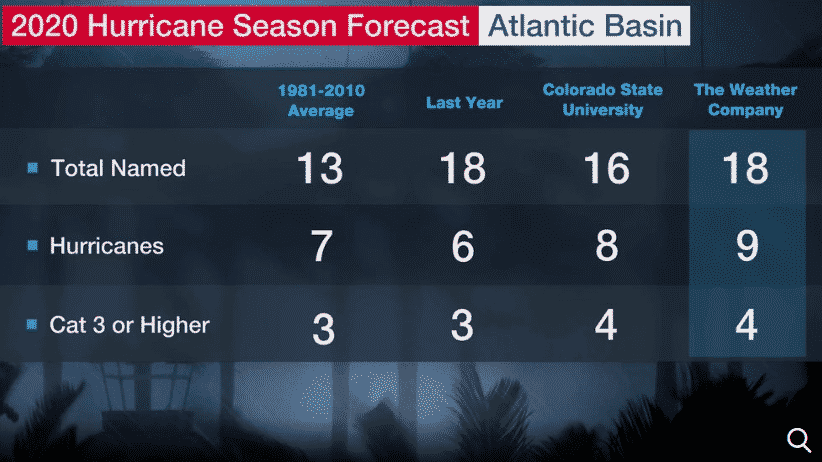 These are the names that will be used for tropical systems in the Atlantic Basin during the 2020 hurricane season. If hurricanes develop historic levels, its name is retired. Retired names, if any, will be announced by the World Meteorological Organization in the spring of 2021. 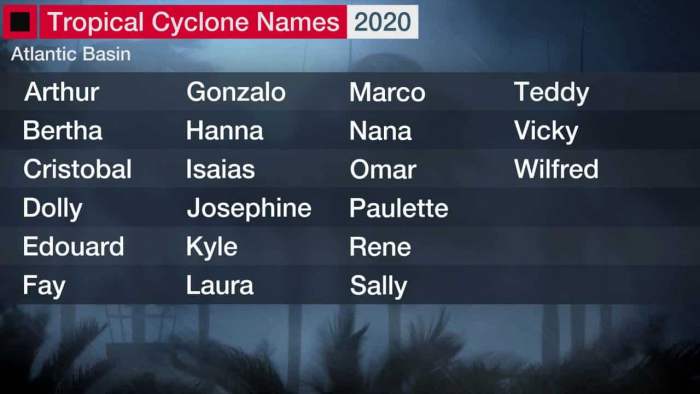 Usually, El Nino or La Nina have an effect on the weather patterns over a few months period. In the early spring this year, a weak El Nino was in place, but central Pacific ocean water has continued cooling in March slowly cooled, becoming neutral lately. It appears likely the cooling trend will continue this spring, so ENSO could have a gradual transition into La Nina conditions during the second half of the season.

La Nina can also enhance rising motion over the Atlantic Basin, making better conditions for tropical systems develop. The typical La Nina years were 2010, 2011, 2016, and 2017. We can all remember the major hurricanes like Matthew, Harvey, Irma, and Maria in those seasons.

Attached is IRI (International Research Institute for Climate and Society) forecast simulation for ENSO conditions through the year 2020. 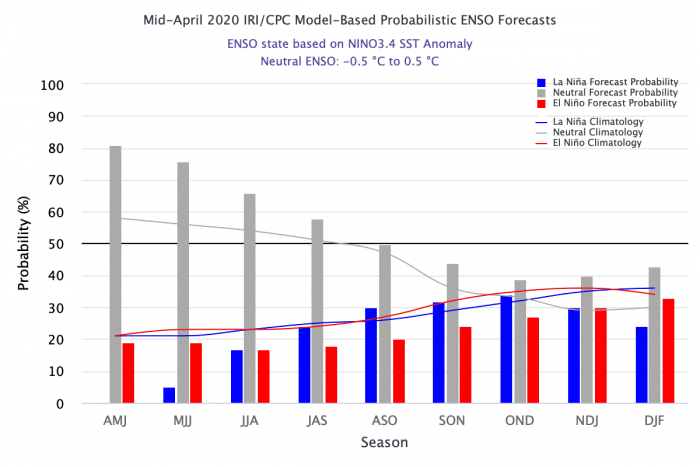 Another factor we usually take into account is the current sea-surface temperatures across the Atlantic Ocean. Much of the Atlantic waters are warmer than average this early spring. And particularly the Gulf of Mexico is very warm – several degrees above average.

Actually, the Atlantic Basin sea-surface temperatures are currently at near or at record values. This is calling for a very active and dangerous season. Long-range climate models suggest that most of the Atlantic Basin will remain much warmer than average. Precisely during the peak of the hurricane season this fall. 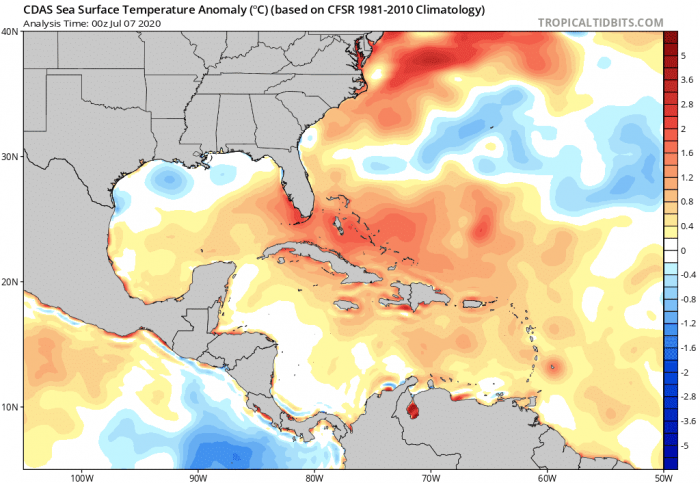 So if Atlantic Basin remains so warm and La Nina conditions develop, there could be less wind shear and more favorable conditions for much higher hurricane activity during the second part of the 2020 season.

Our team will be actively following the tropical region activity worldwide, including Atlantic Basin systems. So stay tuned for further follow-up posts, forecast discussions, and nowcasting.