The final stage of the huge upper-level trough and deep cyclones over the North Atlantic is the broad wind field and associated major waves pushed towards western Europe. Ireland, Northern Ireland and Scotland can expect 35-45 ft waves, while even higher near 50 ft waves likely further west over the open waters of North Atlantic.

Significant waves animation across the North Atlantic towards western Europe:

Today, Feb 10th 12 UTC analysis revealed a deep cyclone over Iceland an impressive broad channel of strong pressure gradient present across the North Atlantic. This is responding in the storm-force winds developed from southern Greenland towards western Europe. Strong ridging persists to the south of it. 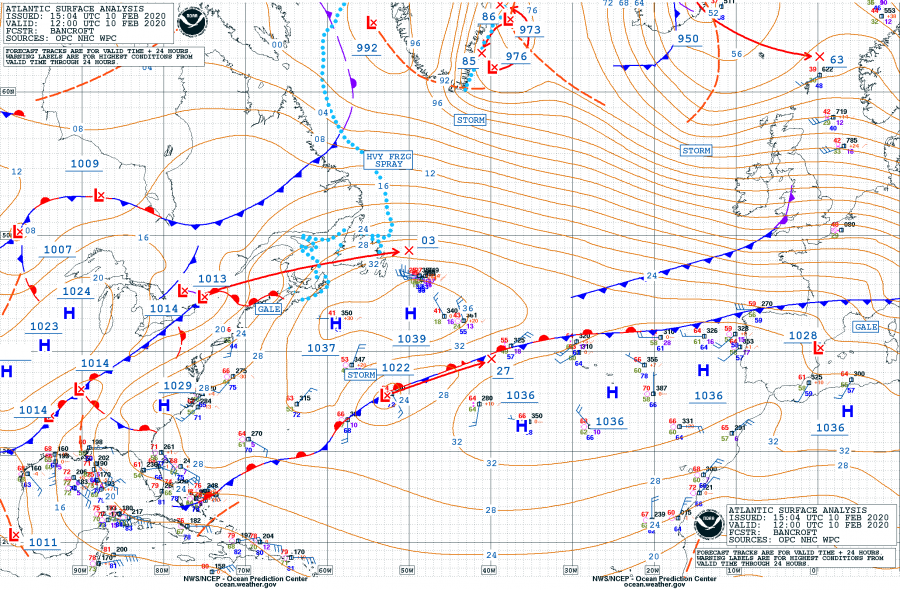 This broad channel of cold maritime airmass is best visible on the satellite scans, attached are airmass, infrared and visible channels. We can see numerous shallow convective cells within this cold airmass advection pushed towards the UK and Ireland. 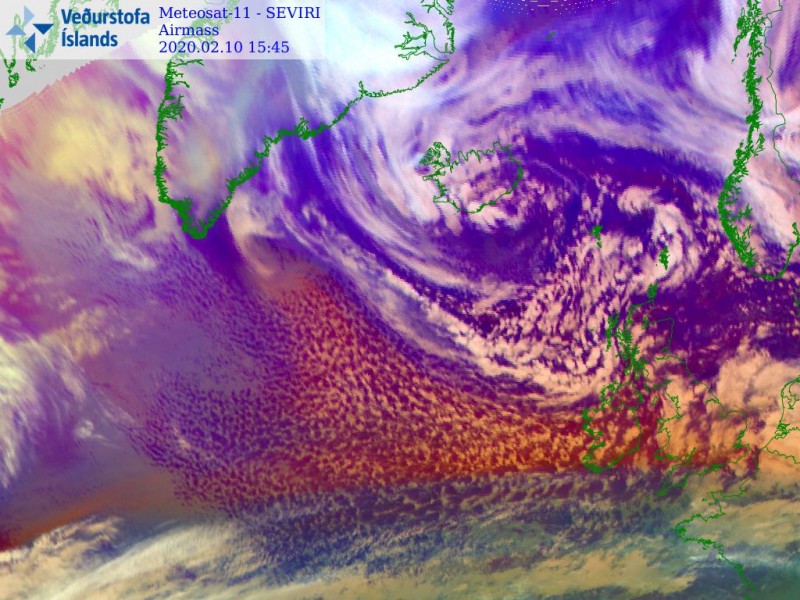 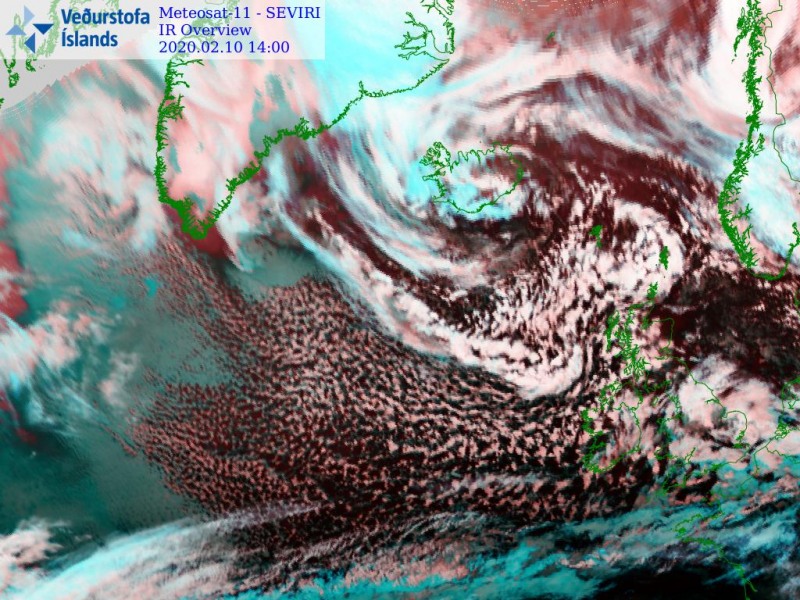 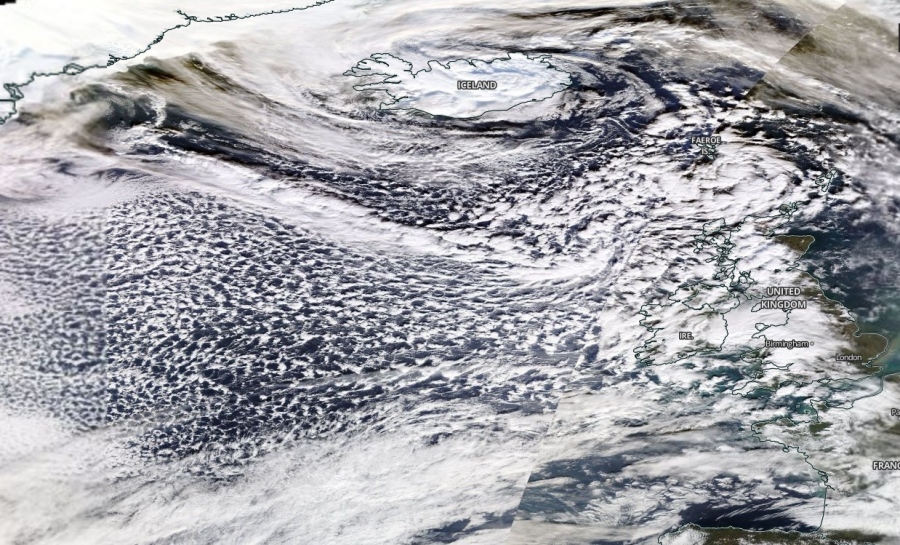 The pattern responsible for this setup consists of very large and deep trough over the North Atlantic and northern Europe with strong ridging across the Azores and south-southwestern Europe. In between, a powerful 200 knots jet stream has developed. Trough will maintain its strength overnight and only slowly drifting its main core east from near Iceland towards Scandinavia. 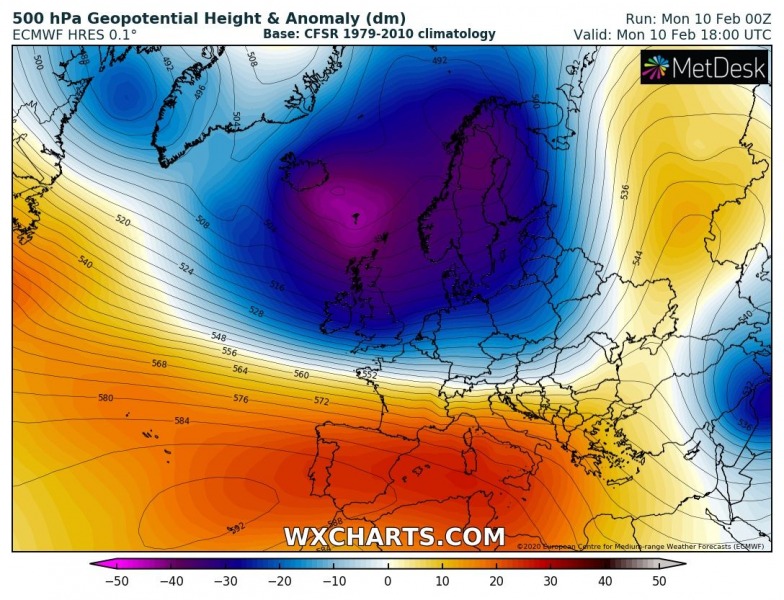 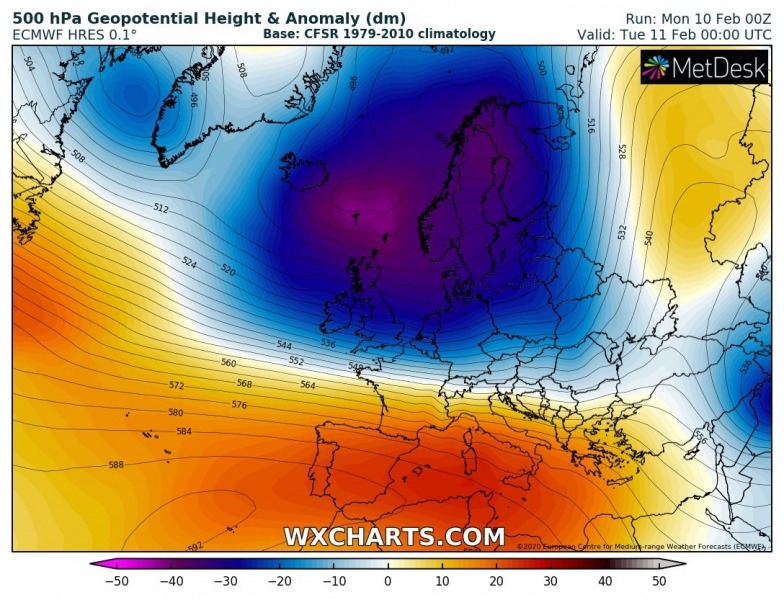 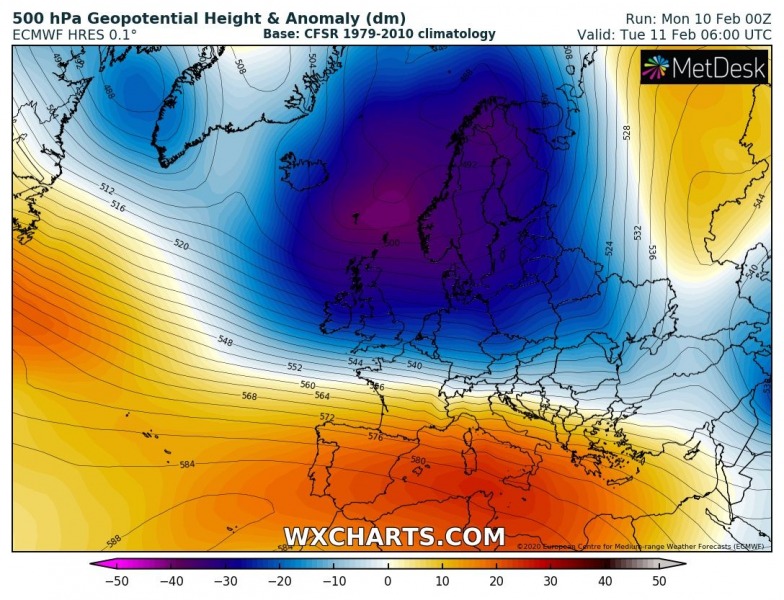 As aforementioned above, a powerful broad channel of severe storm-force winds has developed across the North Atlantic, blowing across western Europe behind the frontal system which brought destructive winds yesterday. 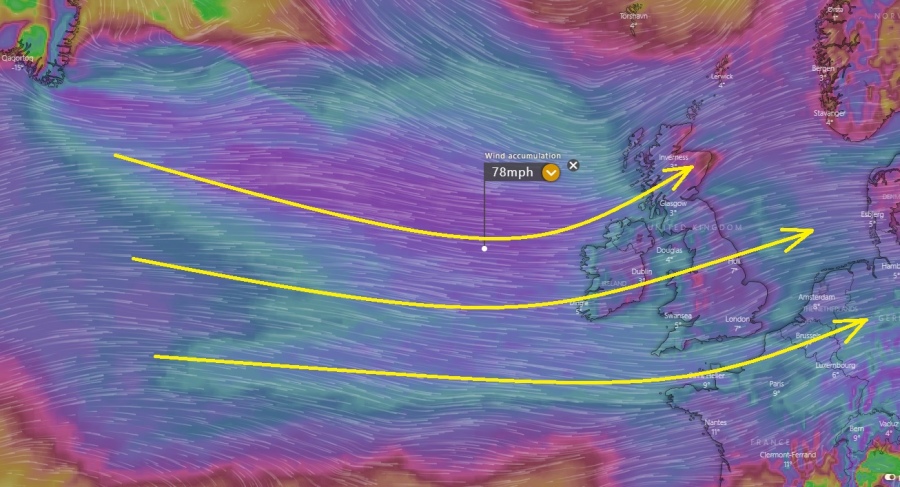 Major 45-50 feet waves are resulting from this broad wind field, moving towards Ireland, Northern Ireland and Scotland through this evening and tonight. Although a bit smaller wave heights are expected on the coast, dangerous waves will develop. 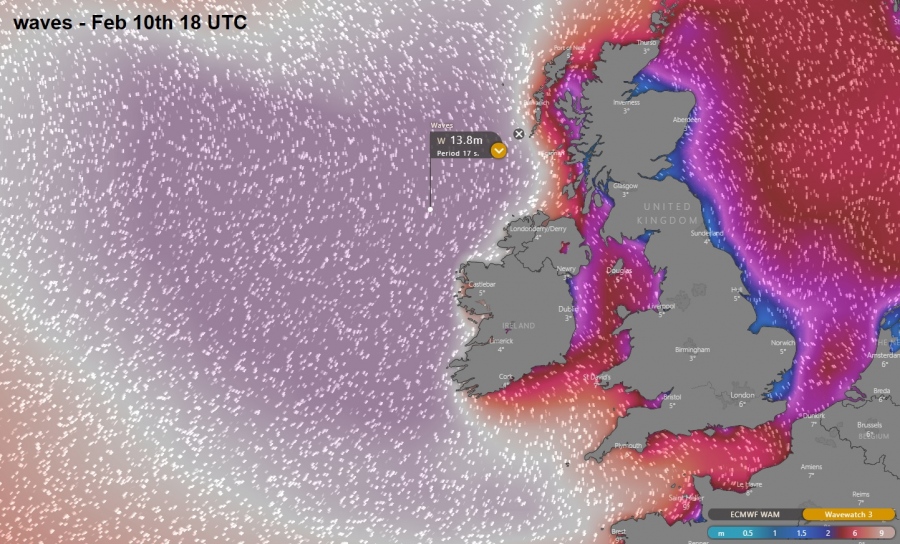 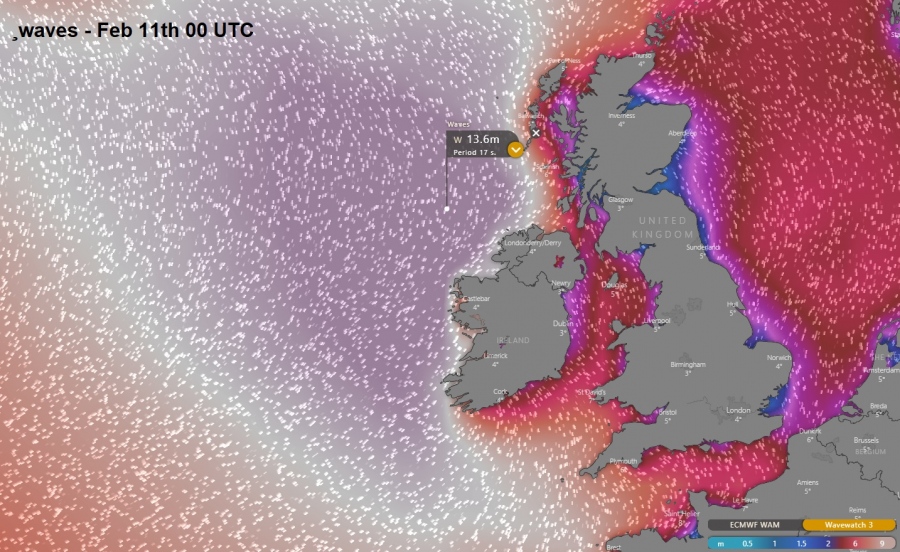 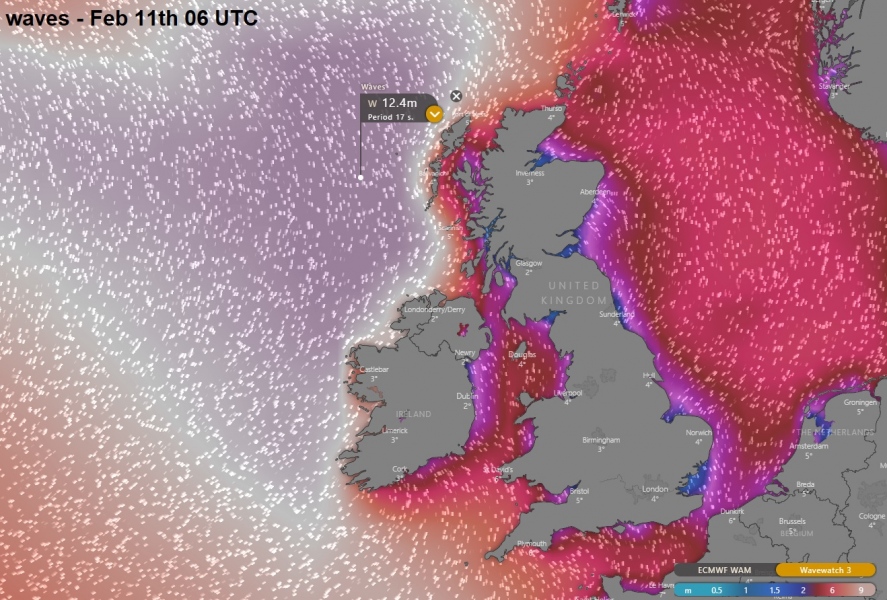 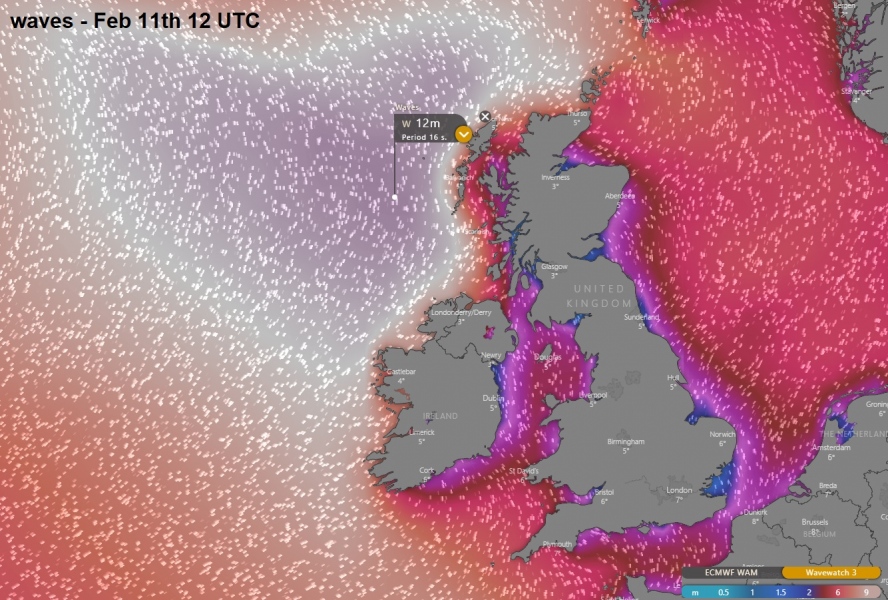 Stay alert for dangerous conditions! And also, see the other discussions over the region: