The intense surface cyclone with an associated cold front has almost passed across the UK and Ireland now, continues rapidly moving east-southeast towards Denmark, Benelux and northern France. Severe to locally extremely severe winds are being reported ahead and along the front, reaching around 140 km/h! Through the evening hours, an intense line of storms seems increasingly likely to form along the leading edge of the front and introduce locally intense, destructive winds! Huge waves are developing over the far North Atlantic and will spread towards Ireland and Scotland tomorrow.

Here is a spectacular visible satellite image of the broad and deep cyclone, notice a quite well-defined convective line along the leading cold front over the North Sea. Some storms have been reported across Ireland, Wales, England and lately also across the North Sea. Additional activity seems likely across Benelux and Germany tonight! 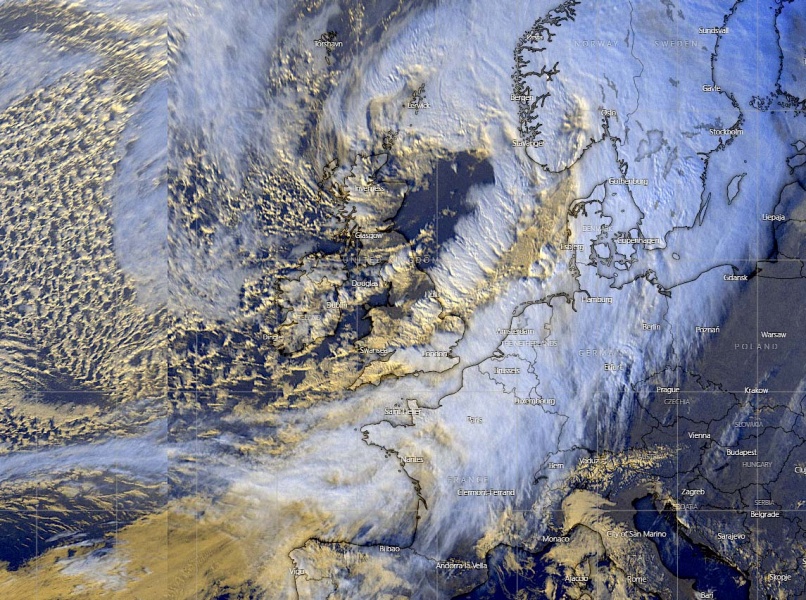 The cyclone is now still deepening, its minimum central pressure was at around 947 mbar at 17 UTC while moving across the North Sea towards Norway. Strong pressure gradient remains in place, strengthening across the English Channel, North Sea and across Benelux towards NW Germany and Denmark. This is resulting in significantly worsening extreme wind conditions, delivering 110-130 km/h wins gusts in many areas! 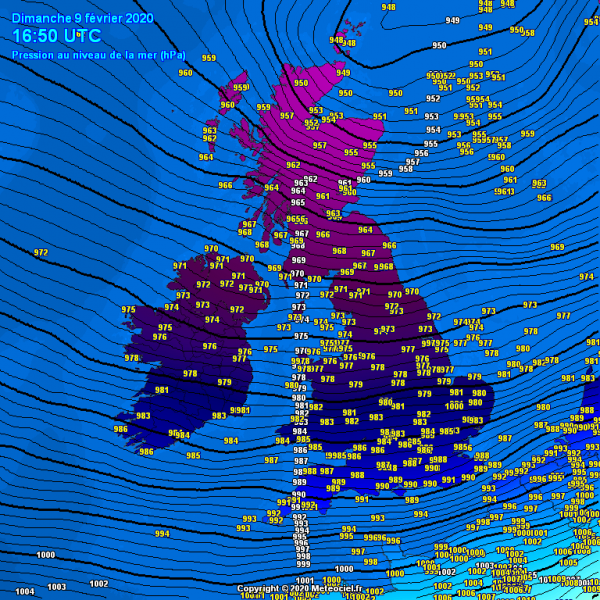 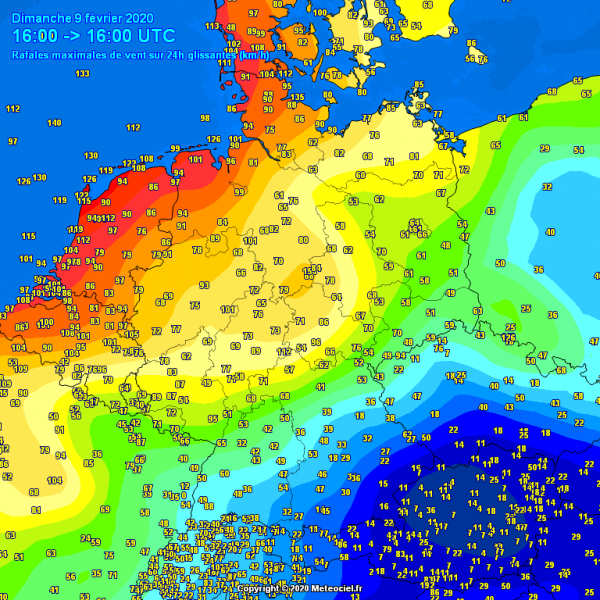 While the cyclone is finally ejecting Scotland, the severe to extremely severe winds have blasted across Ireland (up to 125 km/h), England (up to 130 km/h) and Wales (up to 150 km/h! Violent winds have been reported across Scottish Highlands, 180 to 200+ km/h in some parts! 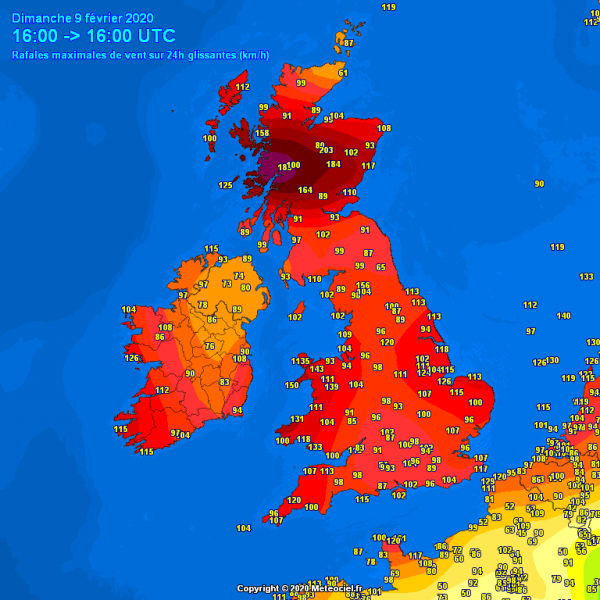 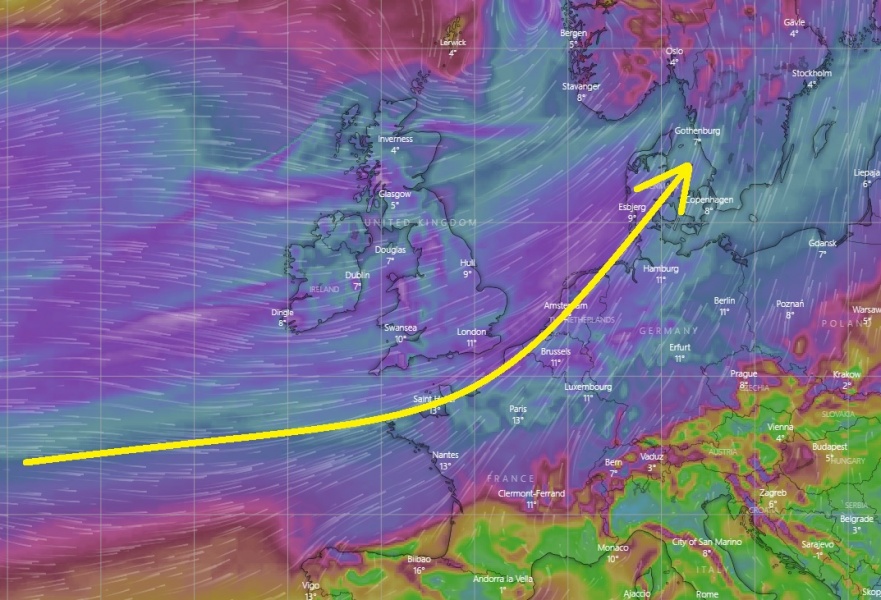 LIVE: Severe windstorm #CIARA spreading across the UK and Ireland – near 80 mbar pressure difference between Scotland and Spain

See also – a *violent* jet stream brought the British Airways’ Boeing 747 across the North Atlantic in less than five (5) hours!

This powerful winter storm will continue east tonight and bring an intense squall-line with storms along the leading cold front across Benelux and Germany!

Significant 15 mt / 50 ft waves will develop across the North Atlantic tonight and push towards the UK and Ireland through Monday! 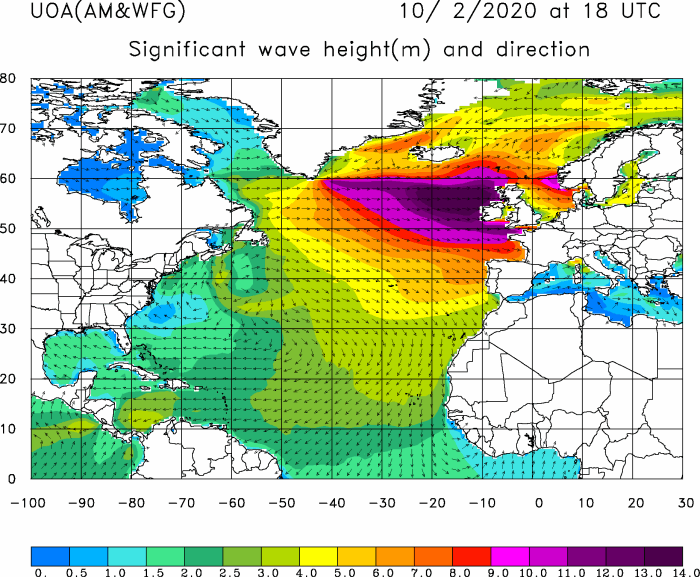 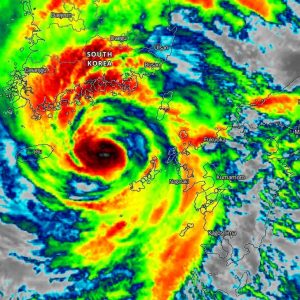