While severe windstorm is resulting in dangerous weather conditions across western Europe tonight, there is yet another very photogenic cyclone in far northeast Atlantic – over the Greenland Sea. An exceptional presentation is seen on the satellites, revealing a textbook structure of the occluding deep surface low. The system is gradually weakening while drifting towards Iceland, delivering severe blizzard and locally lots of snow tonight.

The cyclone we are featuring is one of the three deep cores within a very large cyclonic circulation over the North Atlantic, located northeast of Iceland over the Greenland Sea. Its central pressure was lately held at around 943 mbar, but is now gradually filling while slowly drifting southwest towards Iceland. 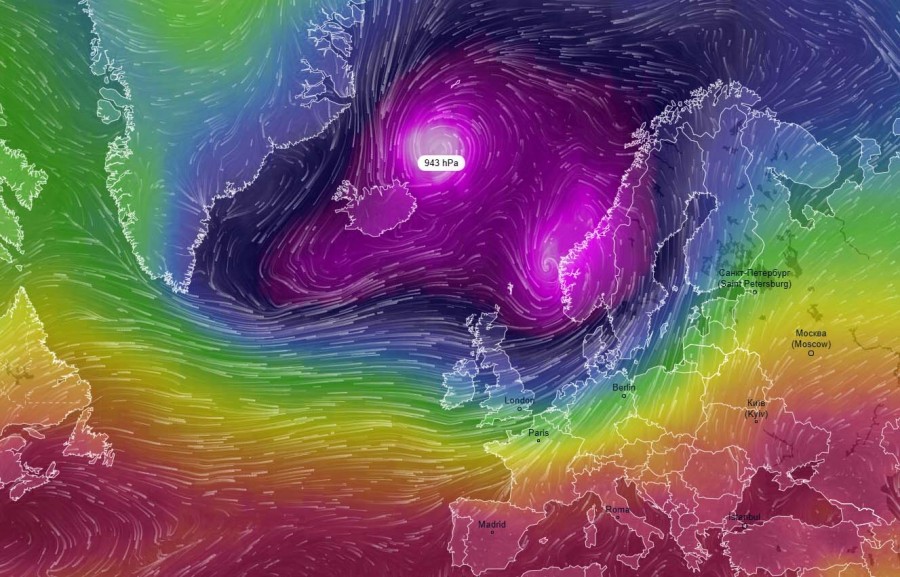 But the satellite presentation is once again spectacular. North Atlantic and the Arctic region is delivering some pretty remarkable cyclones this winter. What else would you want to see within the cyclone’s structure of the core? We see the textbook appearance of the occluded low! 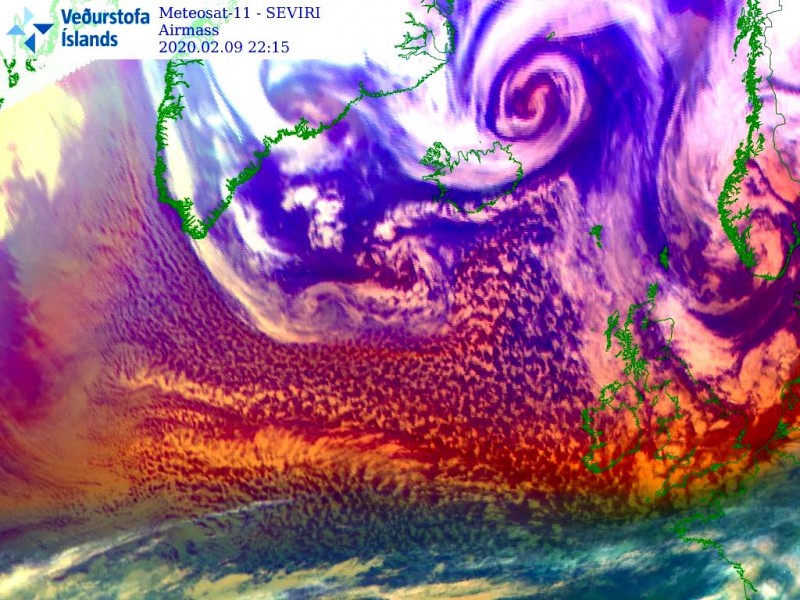 Here is the close-up satellite view of this perfect structure. Beautiful!

The system will be gradually filling its core tonight while drifting southwest across Iceland through Monday morning. Violent northerly hurricane-force winds are present along its western side, as strong pressure gradient is holding against eastern Greenland. These winds are also pushed into north-northwest Iceland, resulting in severe blowing snow and blizzard conditions. 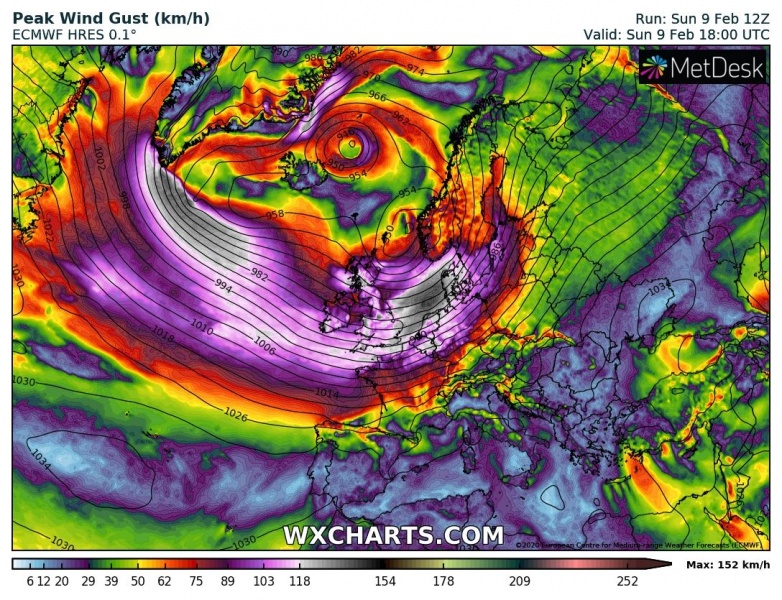 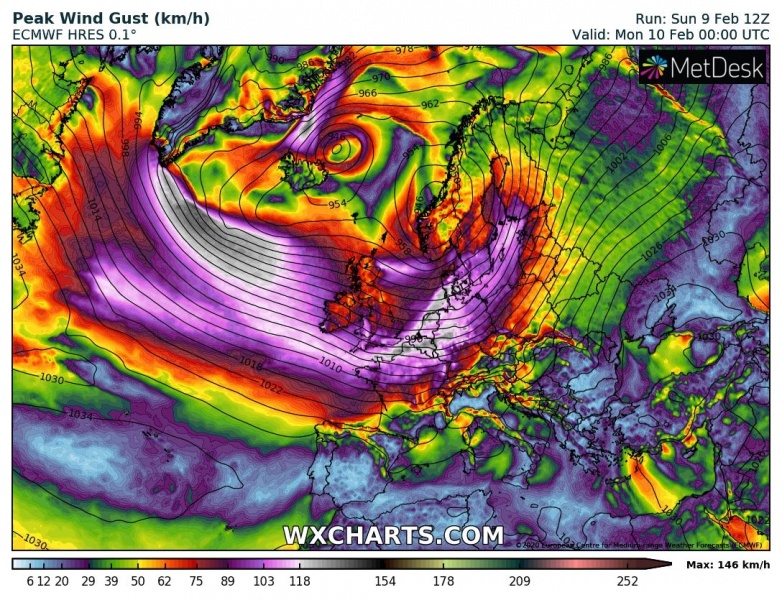 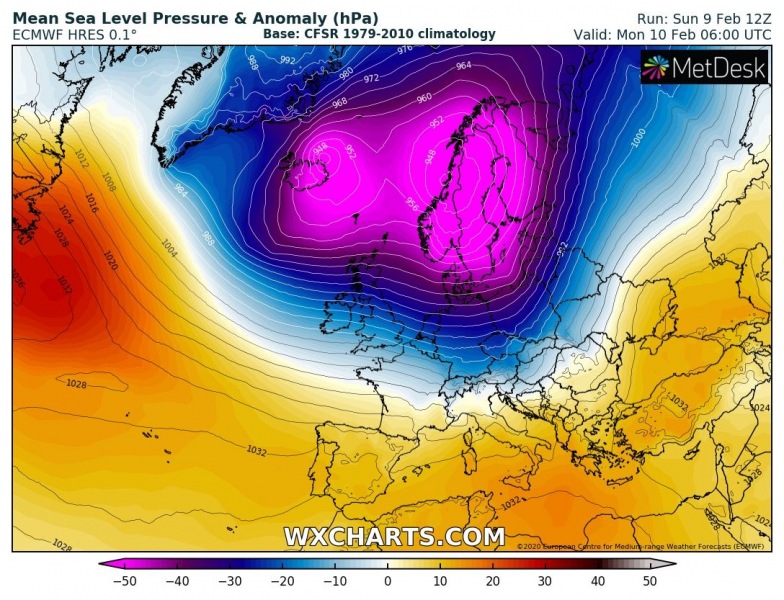 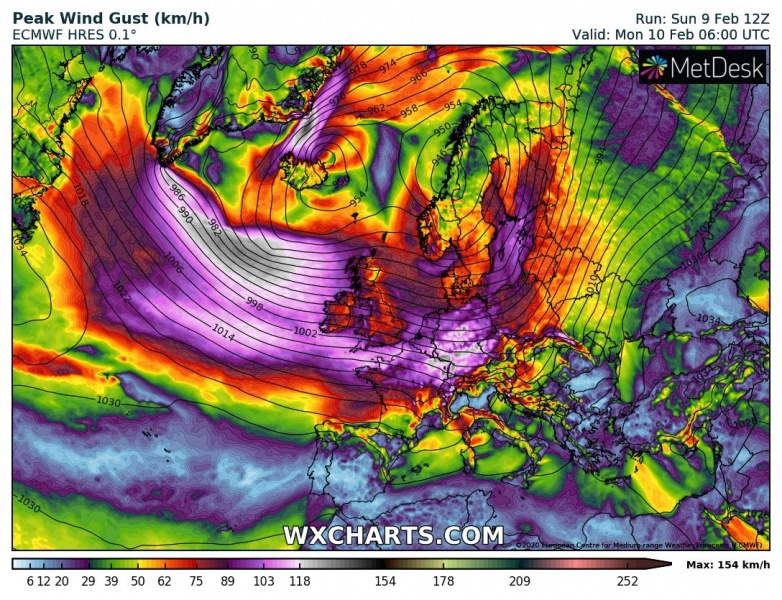 Close-up view of the broad hurricane-force winds on the western side of the low:

Persistent norherly low-level jet on the western side of the low will be resulting in heavy orographic snowfall across the northern half of Iceland, locally resulting in 50-90 cm of fresh snow through the next 72 hours. Blizzard and whiteout conditions with huge snow drifts and locally impassable roads are expected.

Here are similar cyclones observed during the past weeks: