The currently ongoing very dynamic pattern over North Atlantic and Europe resulted in some remarkable records within commercial flights! The Boeing 747 of British Airways (flight BA112) from New York on its way to London most likely set the new subsonic flight speed record of travel time across the North Atlantic. Due to the exceptionally favorable wind within the powerful westerly jet stream, it arrived in London in just 4 hours and 56 minutes. Normally, the average travel time between New York and London is around 6 hours and 13 minutes. According to Flightradar24, if this data is confirmed, the British Airways now retakes the fastest subsonic New York-London crossing from Norwegian airliner.

See what a violent jet streak can produce over the North Atlantic – a very dynamic pattern and therefore deep cyclones with significant sea waves towards western Europe:

The Boeing 747 was traveling at a very high average speed, reaching its top speed of 1327 km/h at 10668 meters at one point. The British plane was only a minute faster than Virgin Atlantic’s 350 aircraft, which landed at London Heathrow Airport soon after. Meanwhile, planes flying the westbound routes require almost two hours more to travel across the Atlantic because of the wind the stream.

Due to a very strong ridge over the Azores and extremely deep trough / low over the far North Atlantic (a strongly positive NAO index), a powerful westerly / zonal jet stream has resulted in between. The maximum speeds in its core are more than 200 knots (= 230 mph = 370 km/h). 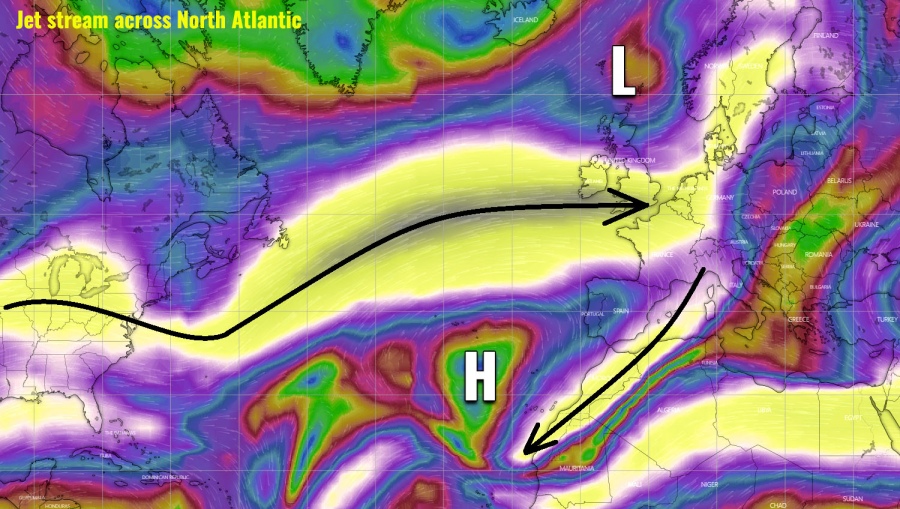 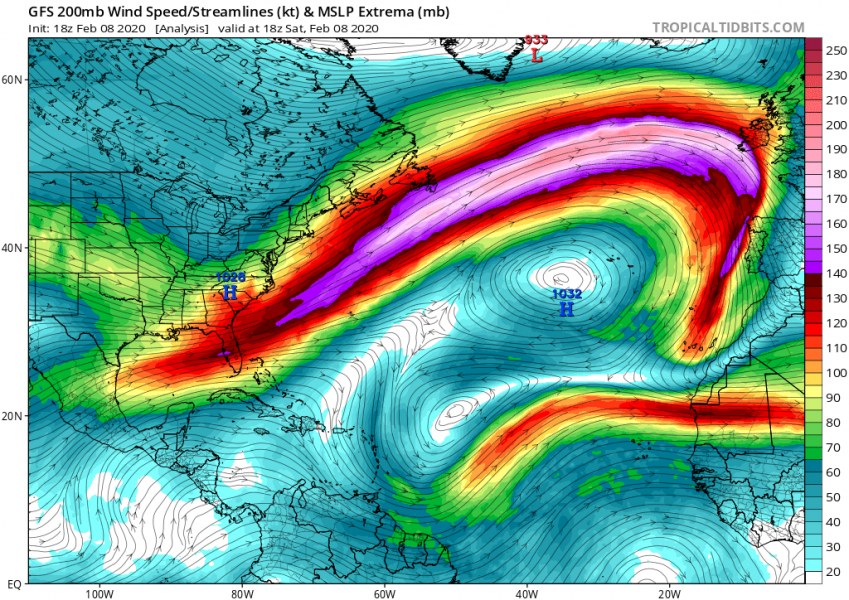 “New York – London” flights last night revealed an incredible details how fast the planes were going. The Boeing 747-436 (flight BA112) took only 4 hours and 56 minutes from New York to London while the Airbus A350-1041 (flight VS4) took a minute more, 4 hours and 57 minutes! That is incredibly fast for overseas travel and apparently setting a new record! 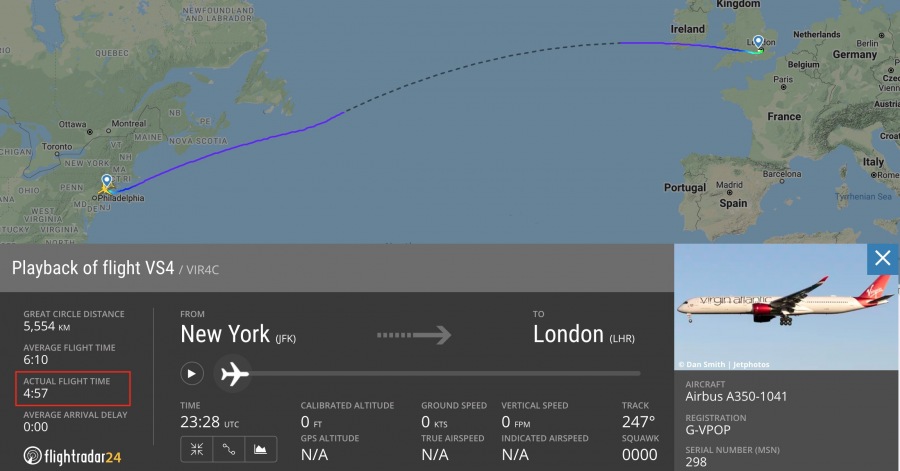 See details of these flights:

Here is the quite spectacular image of flights using the powerful 200 knots jet stream for the eastbound routes from eastern US towards western Europe. Notice also many tracks across SW Europe where planes are using the northesterly jet stream, placed on the eastern side of the ridge over Azores! But all the westbound planes are using routes to the north and south of the jet streak, indeed to avoid the dangerous turbulence and especially to reduce travel time and fuel consumption! 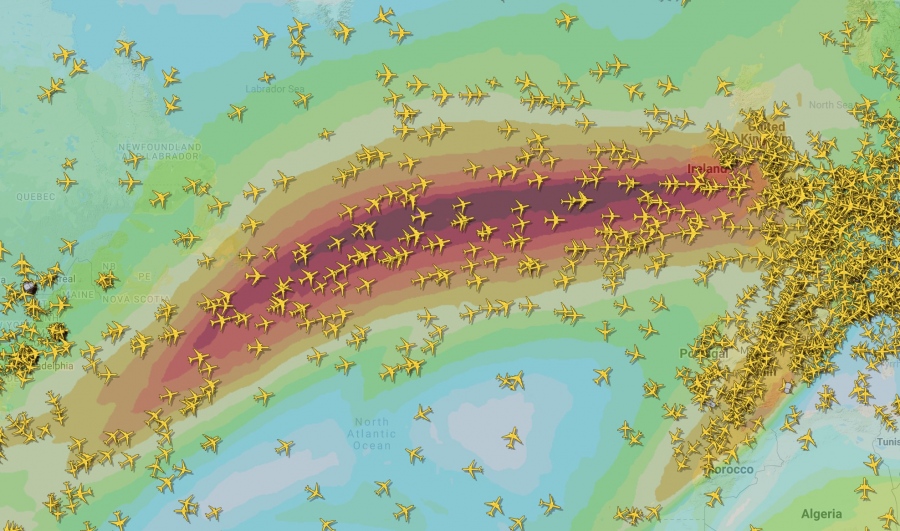 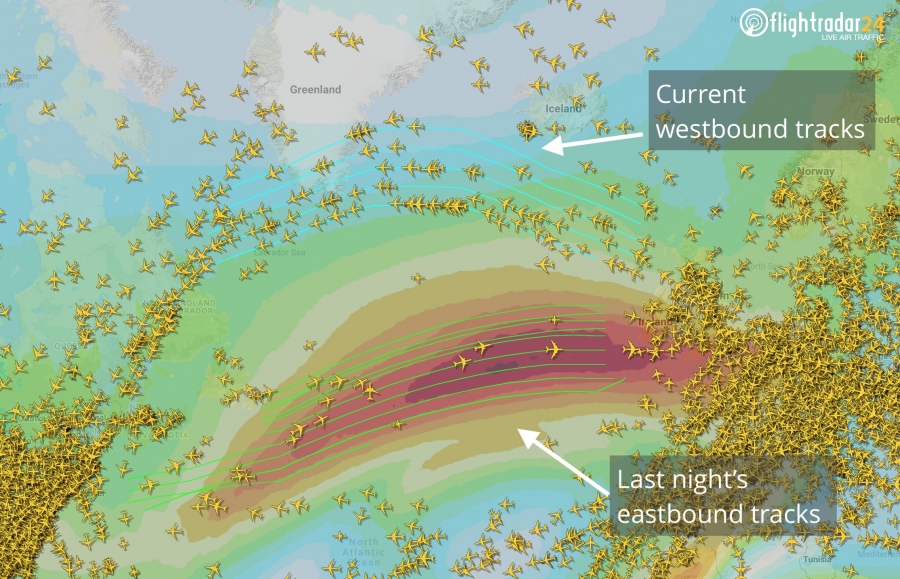 Both British Airways and Virgin Atlantic aicrafts likely broke Norwegian’s record flight from back in 2018, which took five hours and 13 minutes to between New York and London.