The primary discussion indicated North Atlantic is ready for another very intense extra-tropical cyclone, it has presented some very impressive satellite imagery since yesterday. The system has been steadily strengthening and organizing, while it is now, in the rapid intensification phase as it nears Iceland. Explosive further development of the system is expected tonight and through Saturday, developing a powerful windstorm across the strait between Iceland and Greenland.

NEW UPDATE: An exceptional satellite presentation of the monster cyclone in the North Atlantic, growing in size and deepening

Today, satellite imagery remained very impressive, showing still a textbook appearance of the cyclone while it was moving across the North Atlantic, near Iceland this evening. Attached are also visible channels of the cyclone during the daytime today – a remarkable structure of the cyclone’s core! 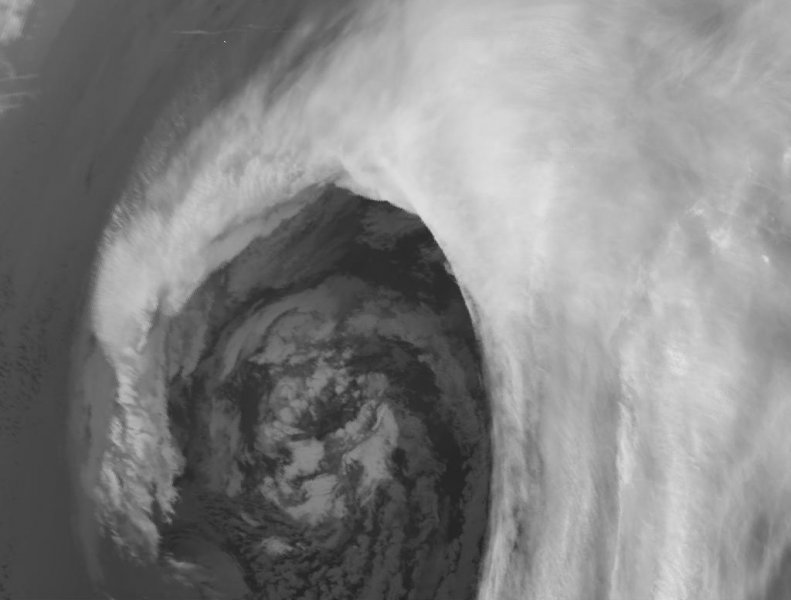 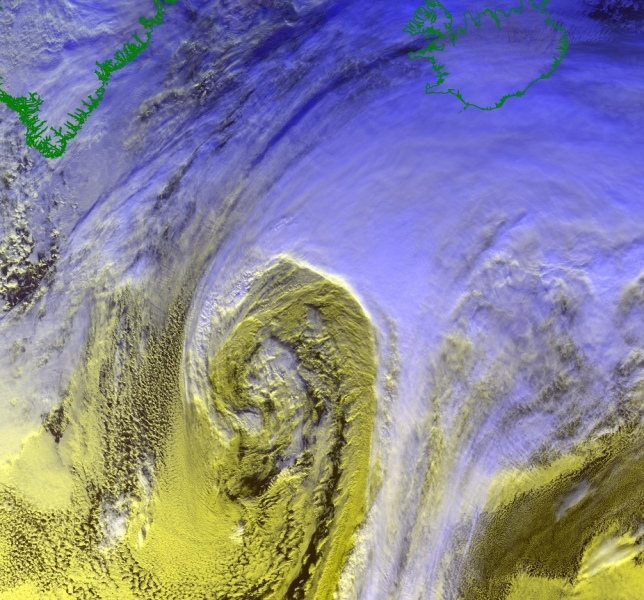 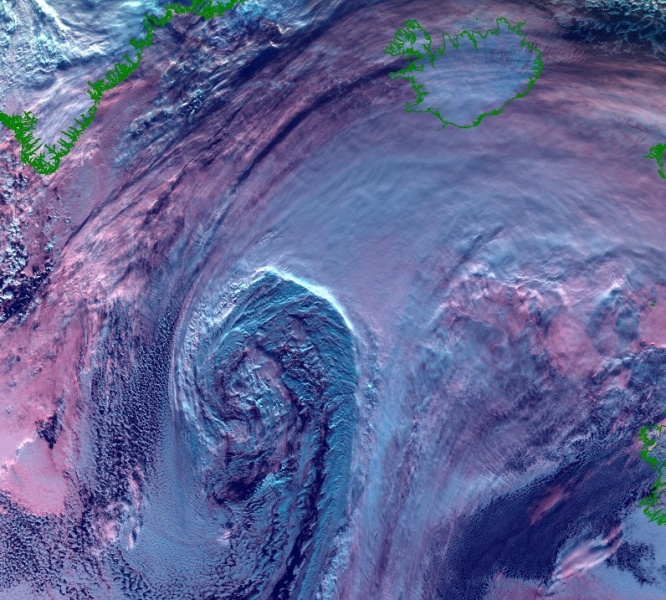 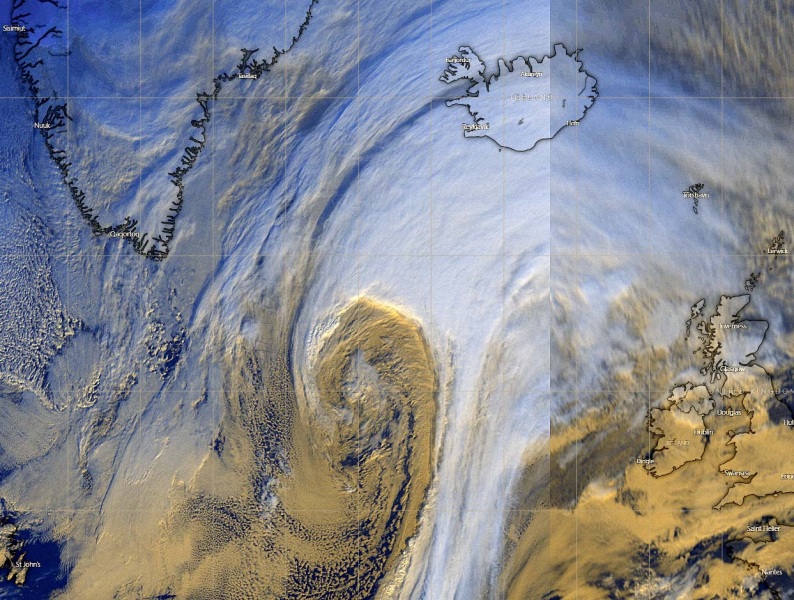 Jan 24th, 18 UTC analysis of fronts and surface pressure – system is rapidly intensifying. It has a central pressure of 970-975 mbar and dropping. Several oceanic buoys have been affected with the cyclone passage today, buoy #6203583 has experienced a pressure drop of almost 40 mbar in 19 hours, and around 43 mbar in the 24 hours period. 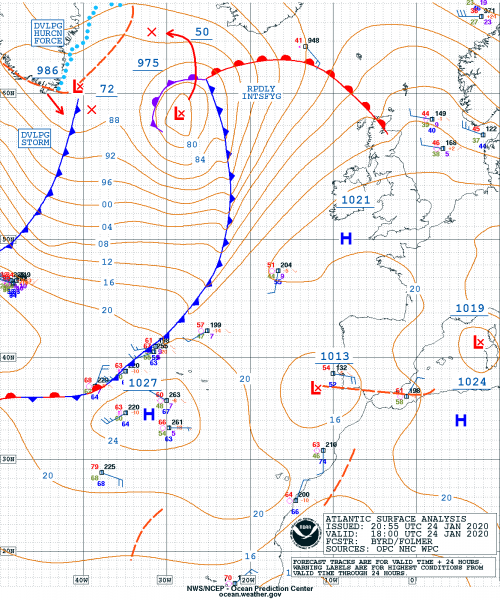 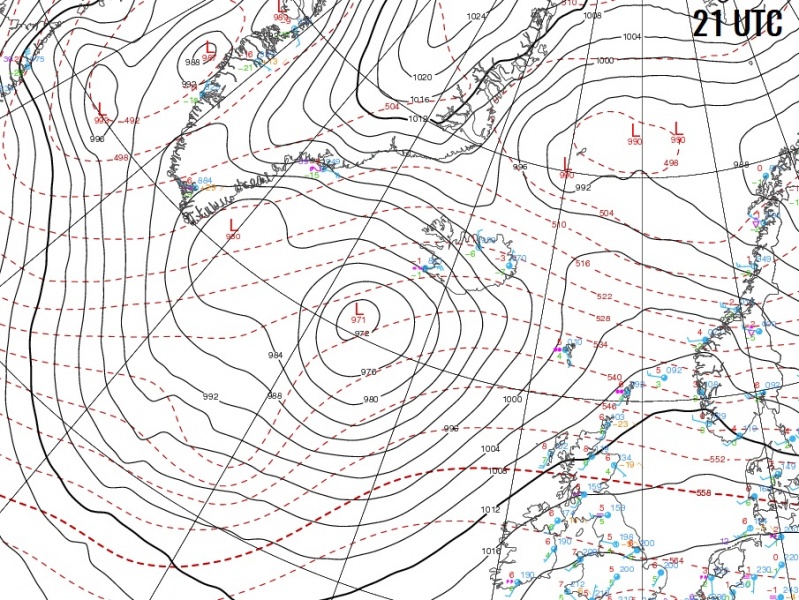 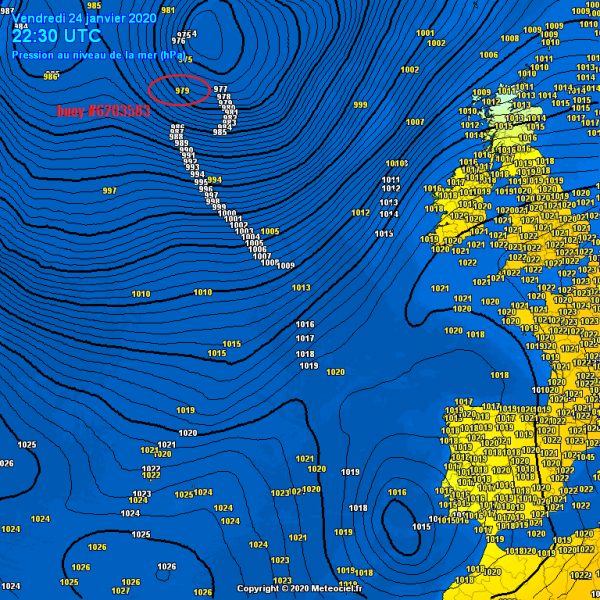 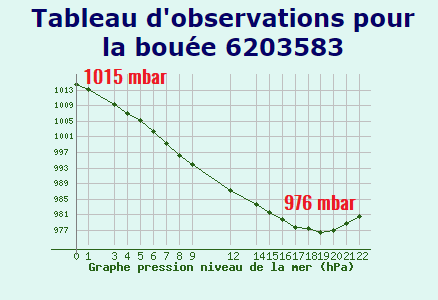 Here is an impressive sequence of the cyclone development in airmass and water vapor satellite channels: 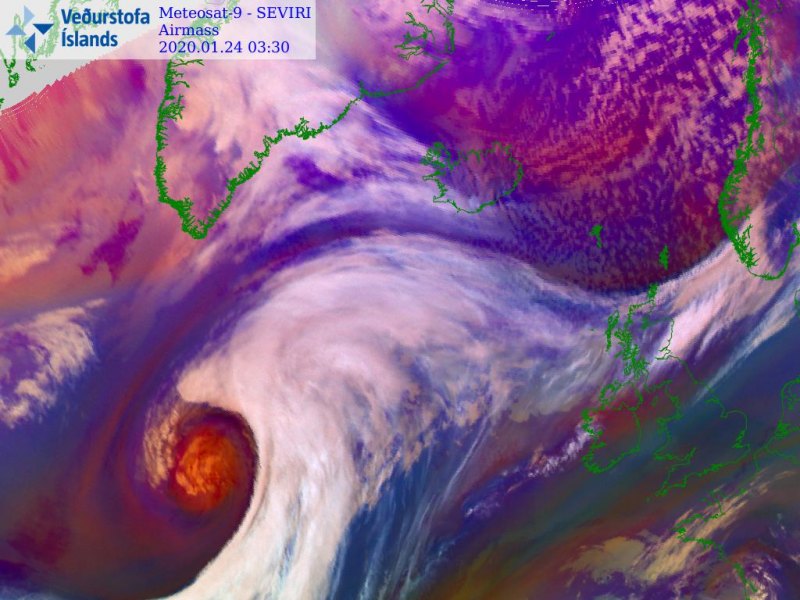 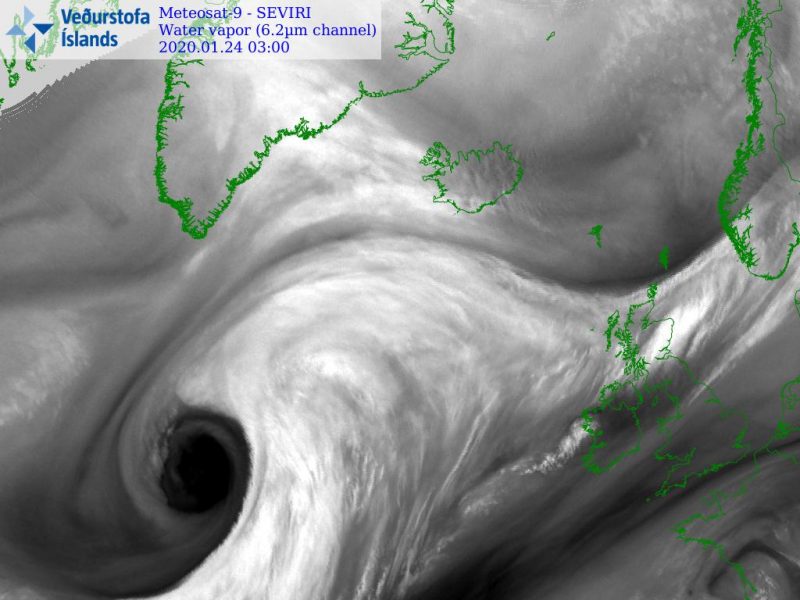 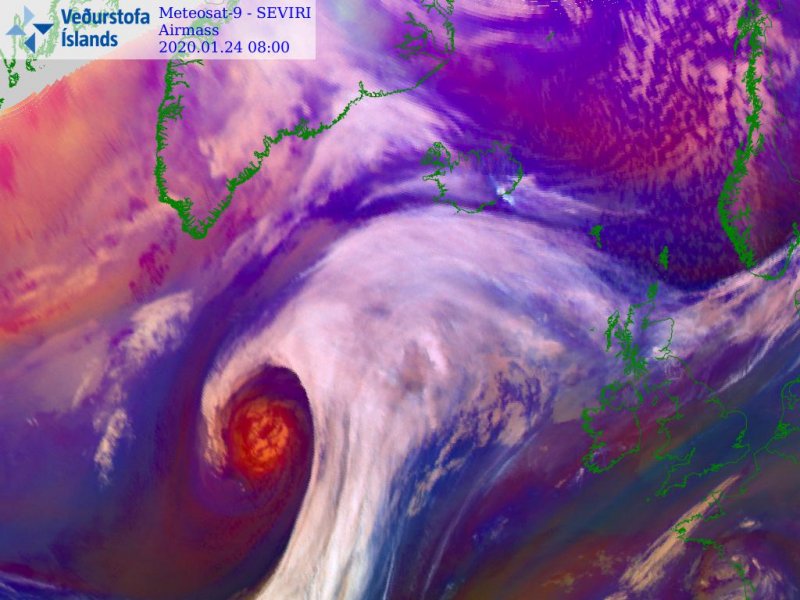 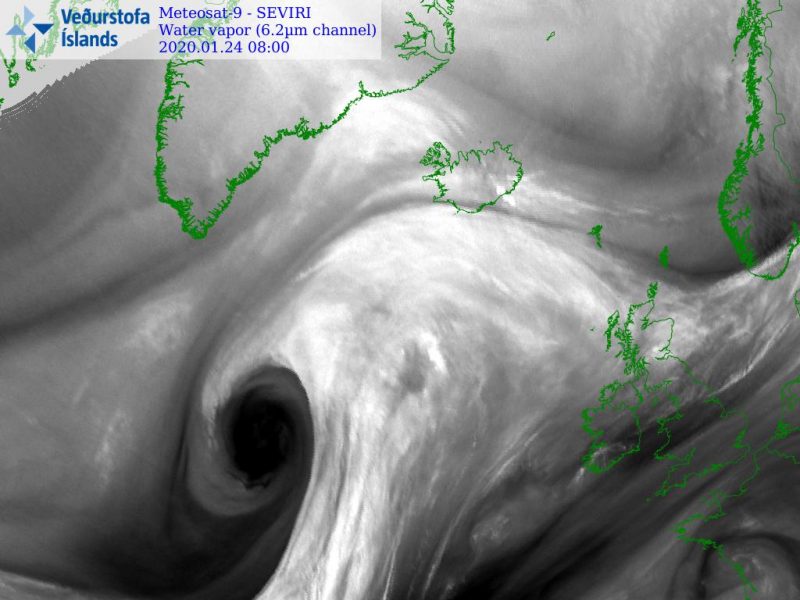 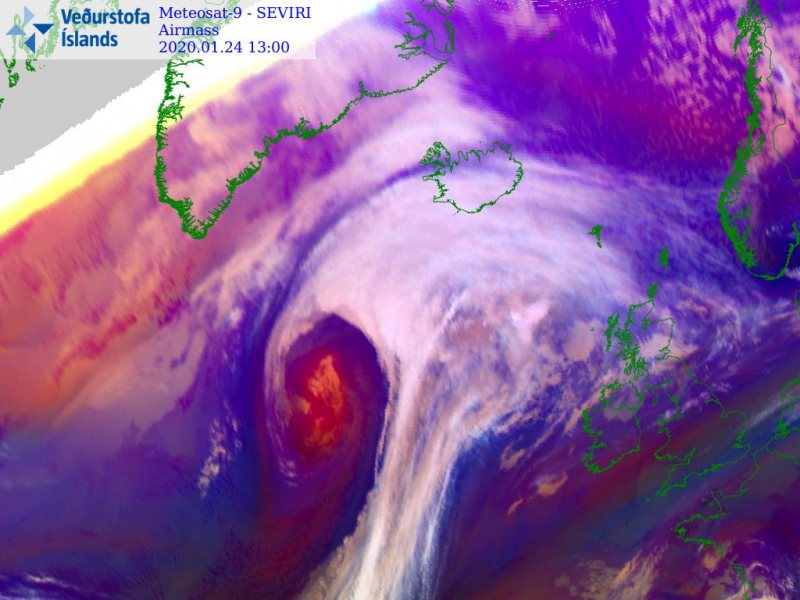 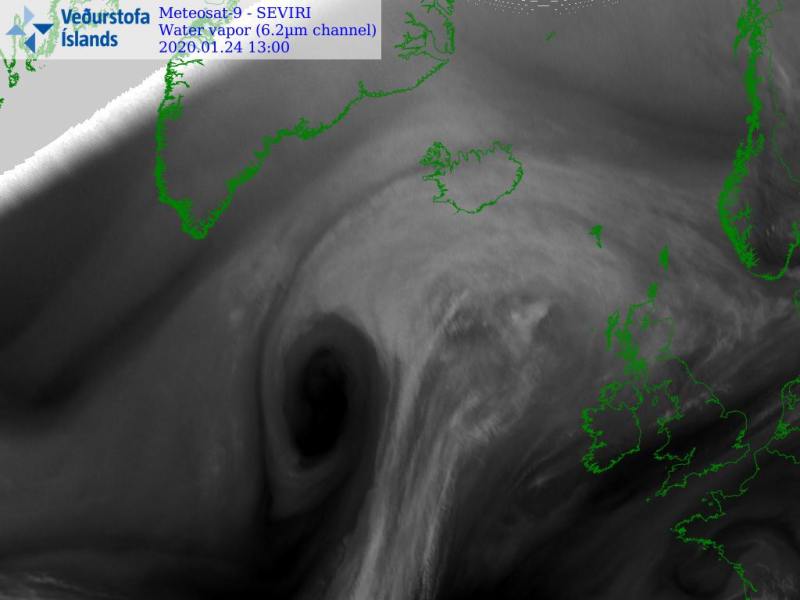 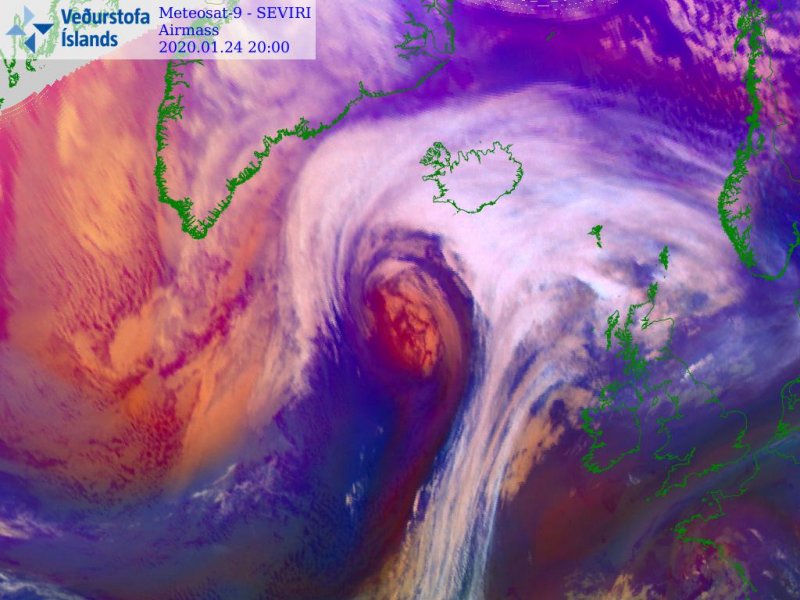 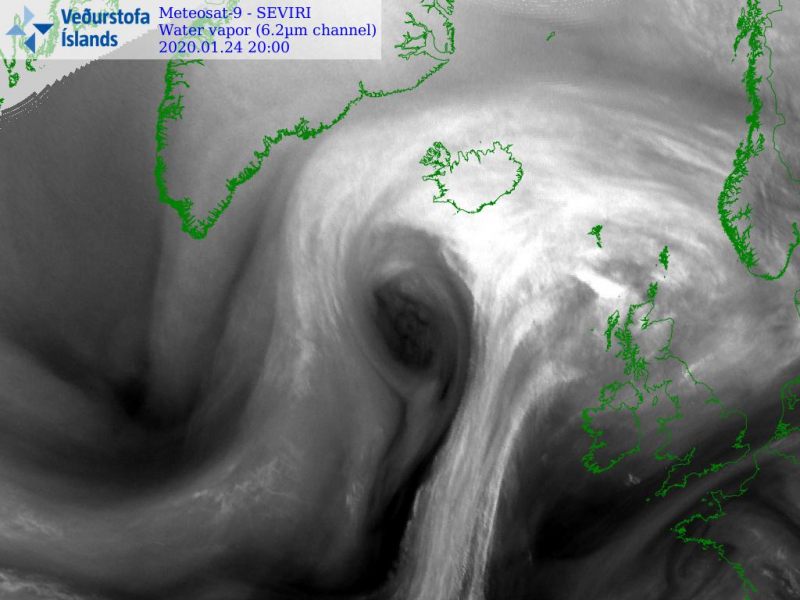 ECMWF model guidance for wind gusts and waves – hurricane force-winds and significant wave heights are expected between Iceland and Greenland through Saturday due to tightening pressure gradient to the north of the low’s center. On Sunday, severe winds should also develop south of the low, as well as high wave heights. Threat will be gradually spreading towards western Europe. 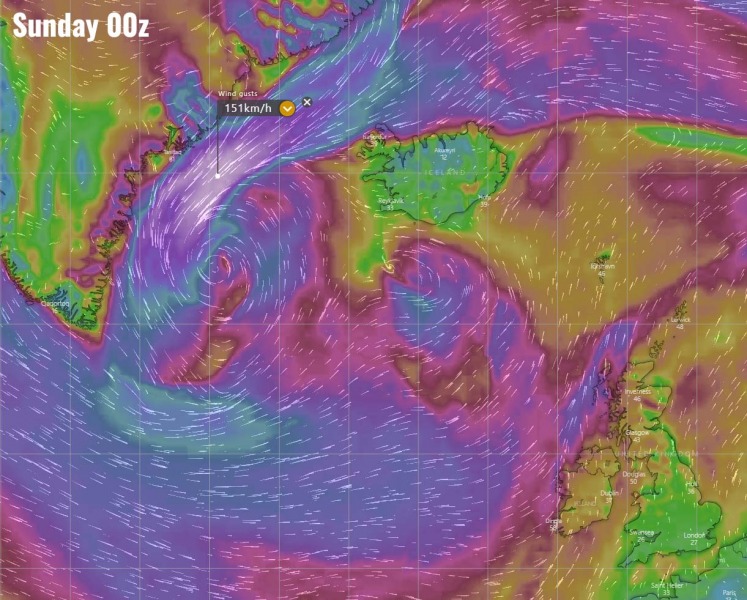 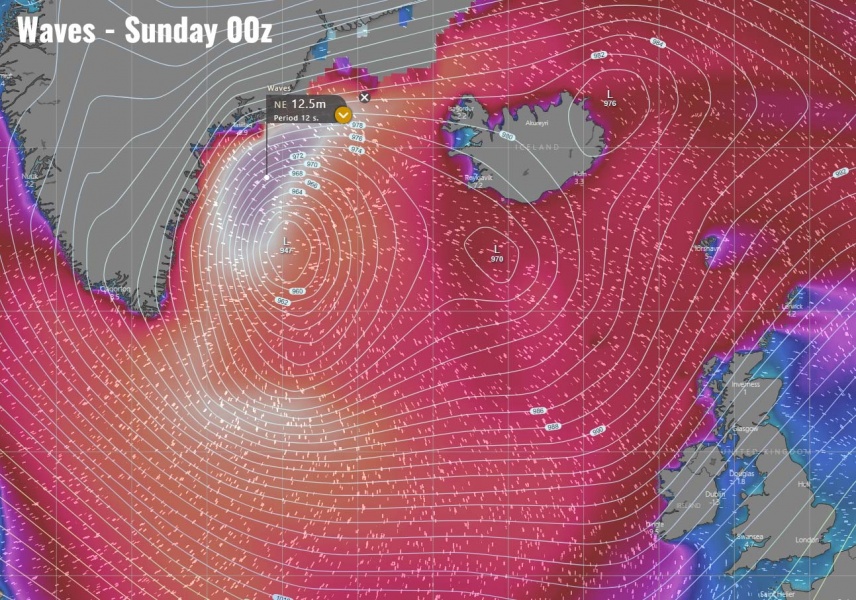 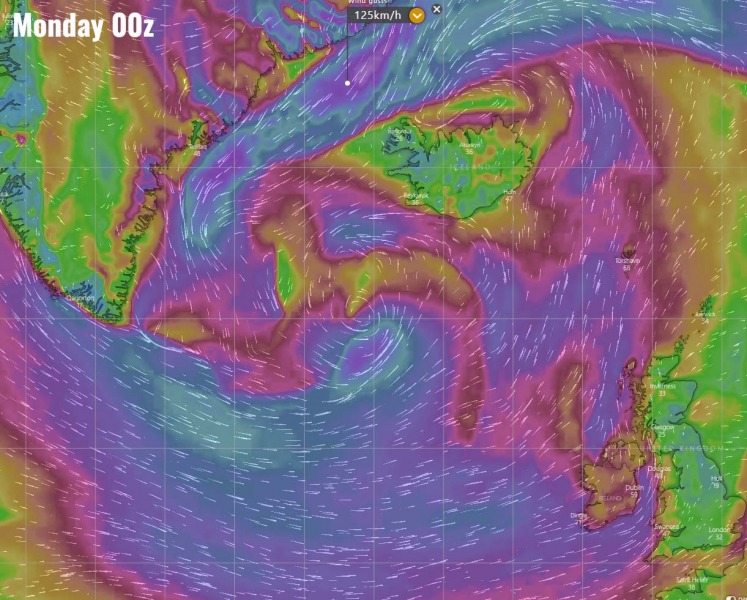 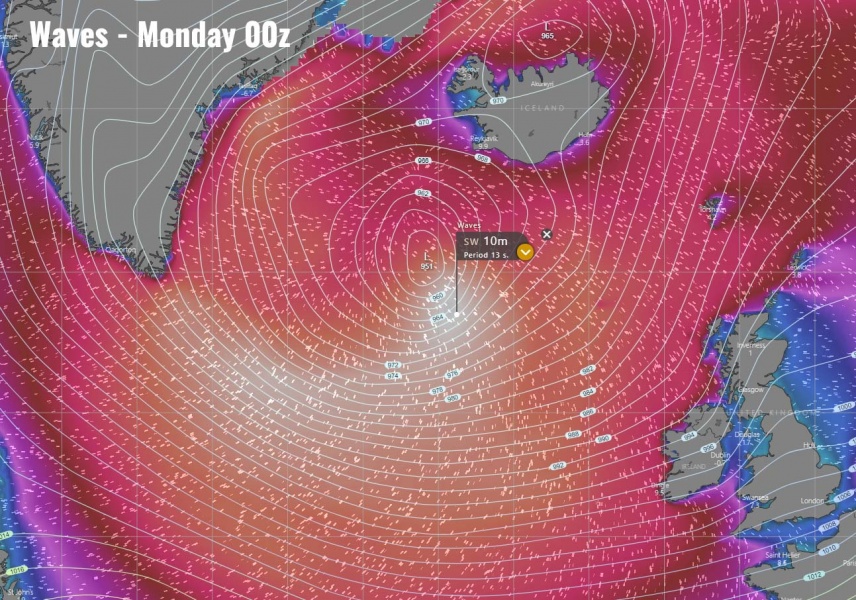 Accumulated wind gusts through the 72-hour period (Saturday-Monday) – a large wind field with severe to extremely severe winds developing, rounding the large cyclone. Extending from the Greenland sea towards the southern tip of Greenland and curving east to the south of the cyclone. 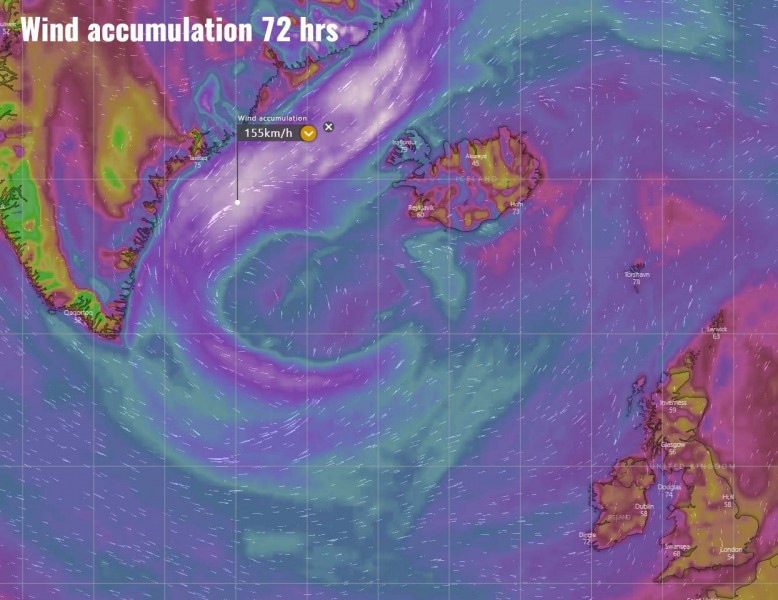 The future behavior of this extra-tropical cyclone remains more or less on track with the primary thinking – cyclone will intensify, expand and become very large over the weekend. Gradually developing a widespread severe wind field and push severe winds with high swell towards western Europe.

Stay tuned for additional updates over the weekend!

North Atlantic gets active again – a very large and deep cyclone will develop over the weekend, bringing a broad severe wind field and high swell towards western Europe