The former Invest #95S has passed over Madagascar through Thursday and early Friday and gradually organizing. It has now been officially upgraded to a Tropical Storm #Diane. Based on the South/Southwest Indian tropical system classification, we now have a Moderate Tropical Storm #Diane. Diane is packing maximum sustained winds of 40 knots / 50 mph and central pressure slightly below 1000 mbar. The system is gradually strengthening while moving just shy north of Mauritius, impacting the island with severe winds, heavy rain and flash floods.

Satellite imagery reveals deep convection is ongoing to the immediate north of Mauritius tonight, resulting in severe storms with dangerous winds, intense rainfall and flash floods over the island. 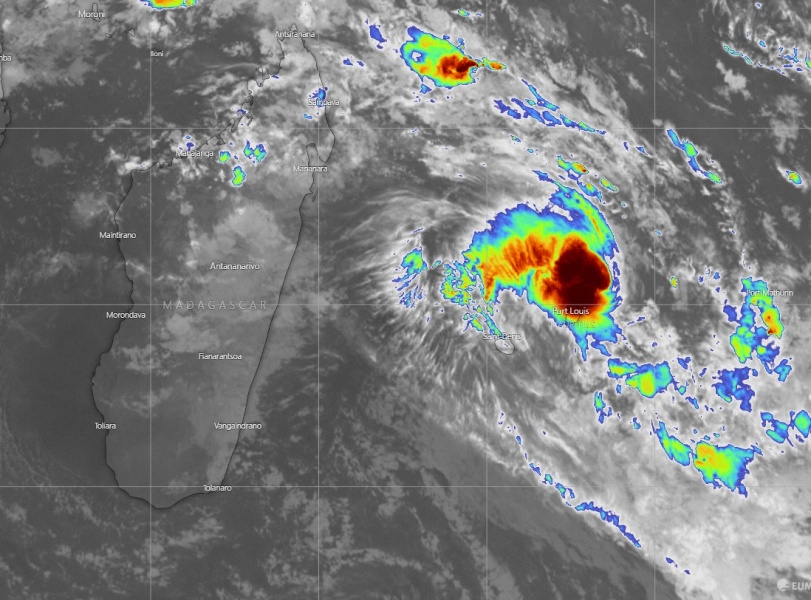 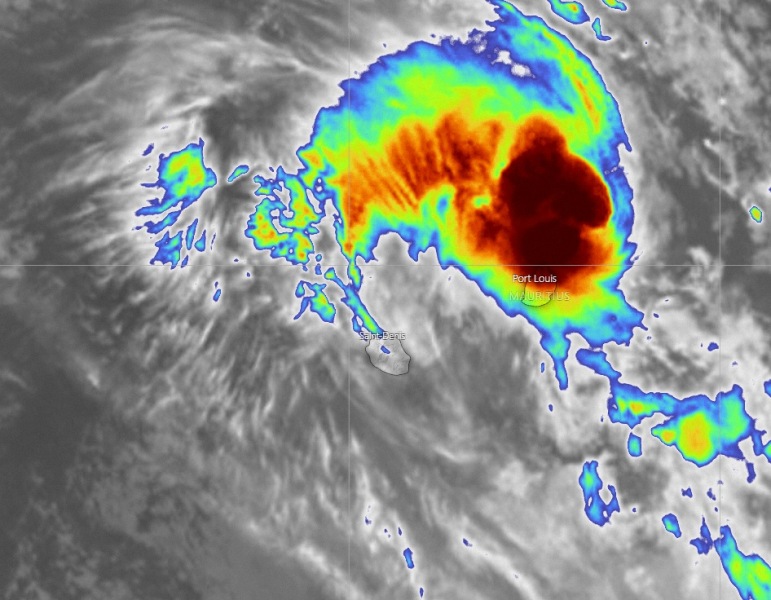 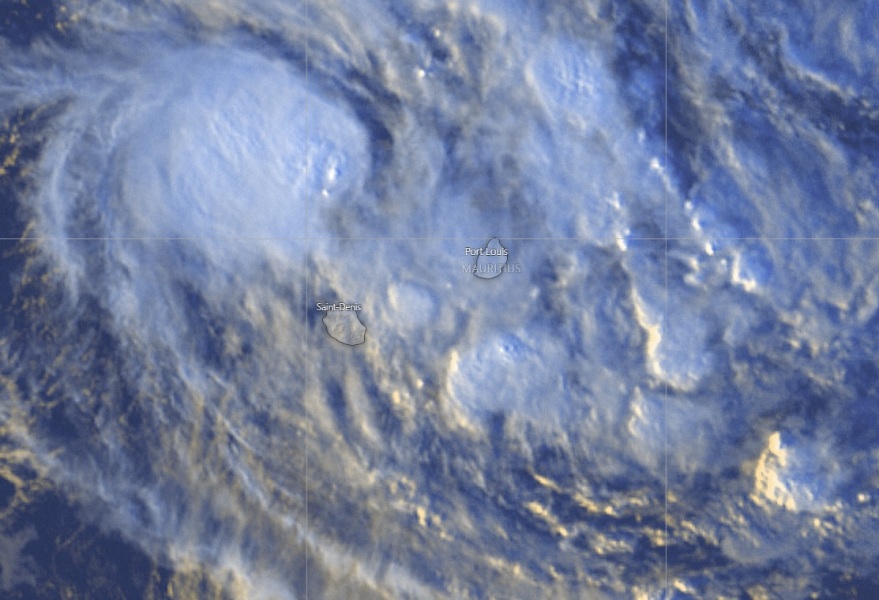 As of 18 UTC today, Jan 24th, Tropical Storm Diane was located just north of La Reunion and Mauritius, moving southeast. Its future track will bring Diane just shy north of Mauritius with around 40-45 knots sustained winds. The system should continue strengthening over the weekend and could reach around 50 knots peak sustained winds. 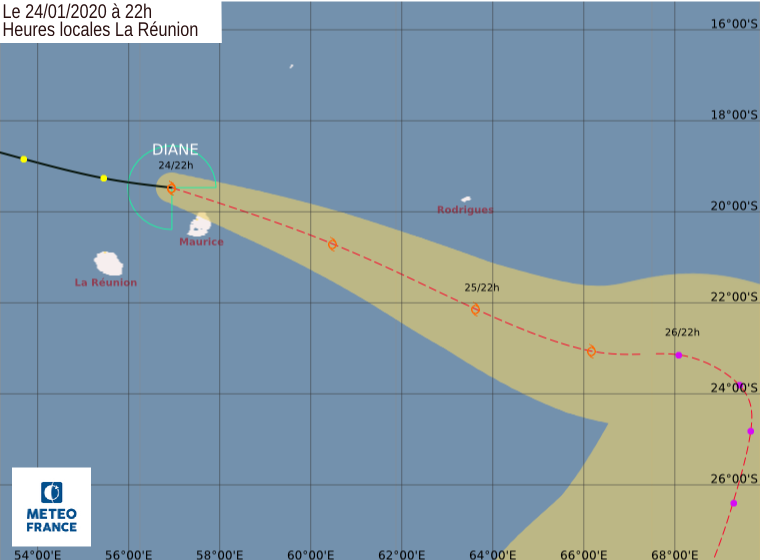 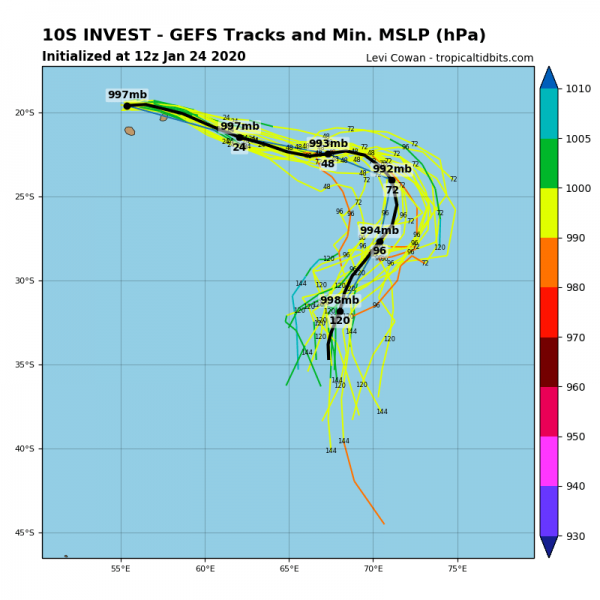 Close-up view of the peak wind gusts swath along the path of Diane during the next 3 days – the main severe winds will pass just east-northeast of Mauritius while Diane will continue strengthening over the weekend while moving away towards the southeast and remain over open waters until it dissipates early next week. 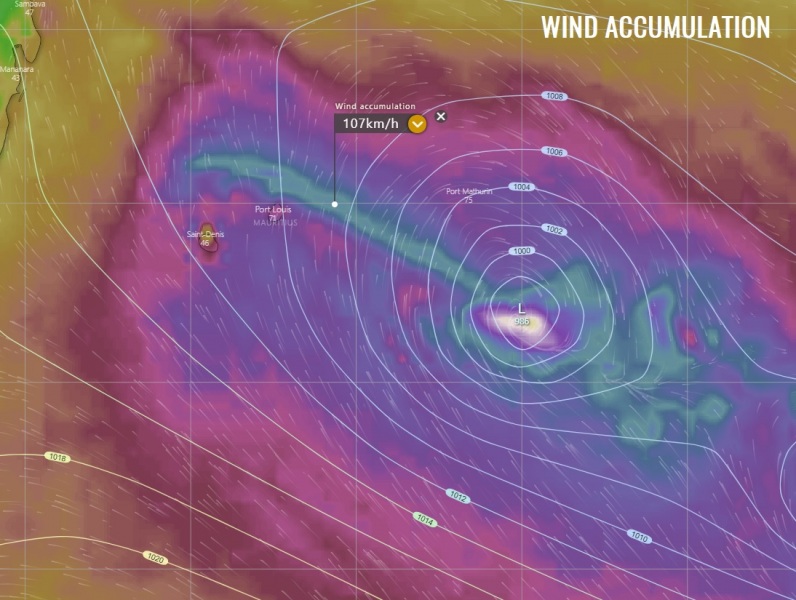 We are closely monitoring Diane’s activity and will keep you updated on Saturday – stay tuned!