Believe it or not, this is not a repost :) Indeed, it is yet another extra-tropical North Atlantic cyclone that has gone through a rapid intensification process. It has significantly grown its size and dominating much of North Atlantic now. There is a remarkable amount of cold air mass (the cold advection from the Labrador Sea) moving into the Ocean from the Arctic region. Cyclone is still deepening and expected to peak below 950 mbar on Sunday. It has a powerful wind field on its northwest side, gradually also developing on its south side and spreading towards western Europe. It will bring severe winds and major waves / high swell into Ireland and Scotland on Tuesday.

The high-resolution ICON-EU model forecast – notice how intense the winds are along the southeast Greenland. Once the cyclone turns more south after Sunday, its wind field pushes towards western Europe and deliver severe winds also into Ireland and Scotland on Tuesday.

The system is rapidly organizing and growing, now dominating most of the North Atlantic. Notice how large the system is – while the core is located to the west of Iceland, its main cold frontal boundary is being pushed towards western Europe, with the occlusions to the north and northwest of the system. An impressive widespread Arctic cold pool is spreading in cyclone’s wake into the North Atlantic: 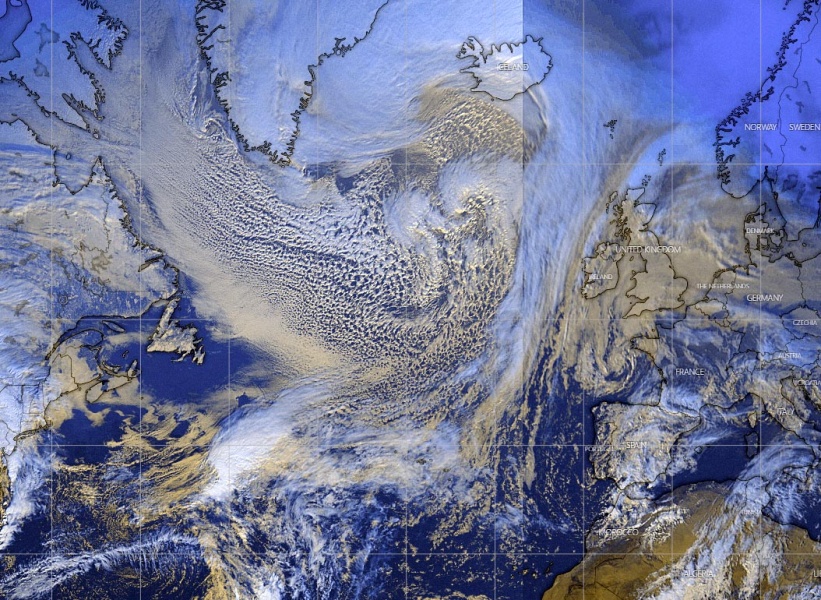 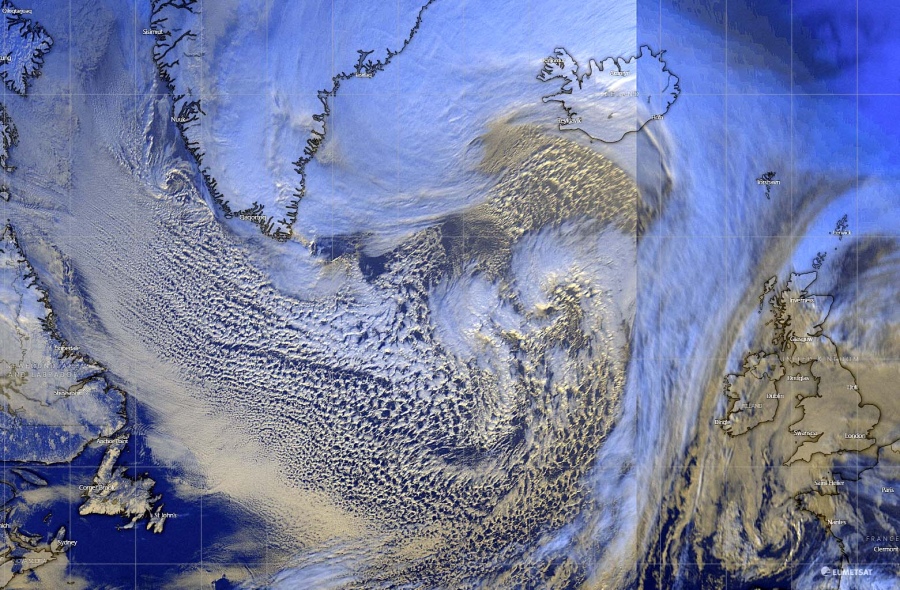 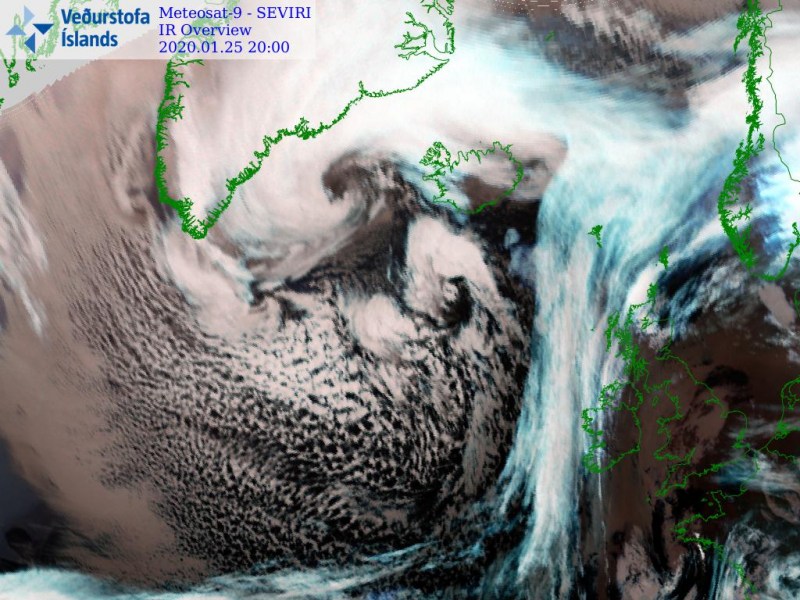 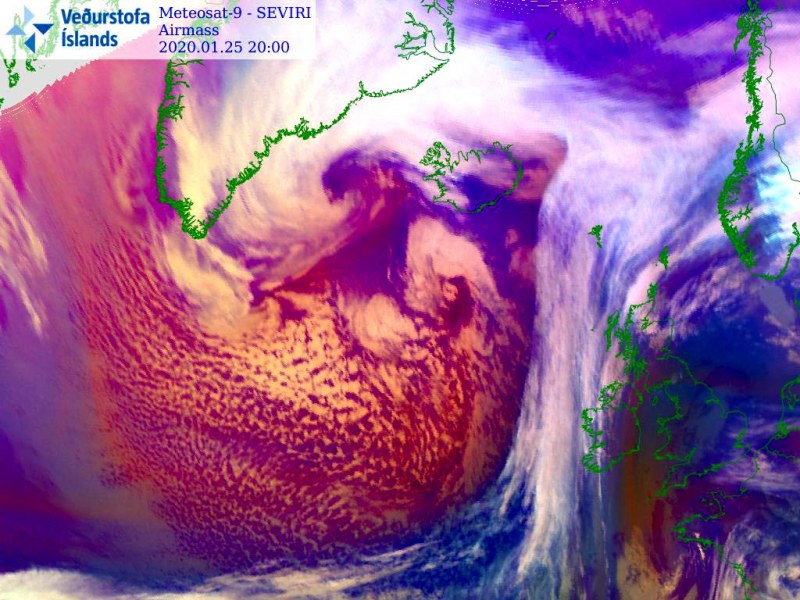 Close-up views in high-resolution, Infrared and Visible satellite channels. The first image indicates the main core is intensifying, notice the textbook structure of the cold air wrapping around the center: 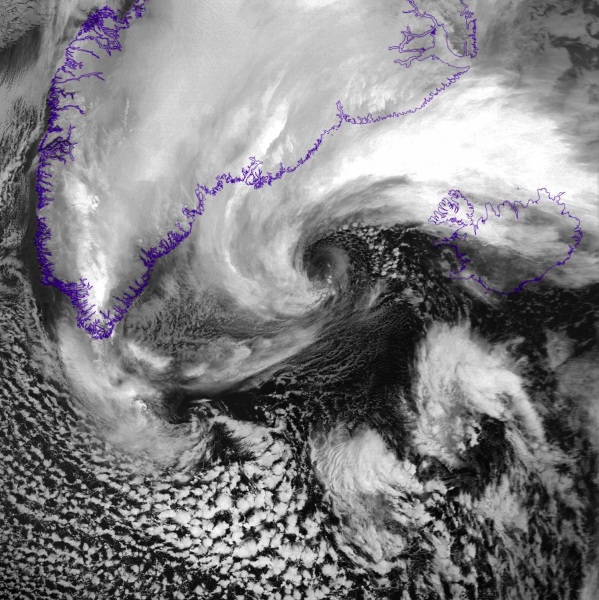 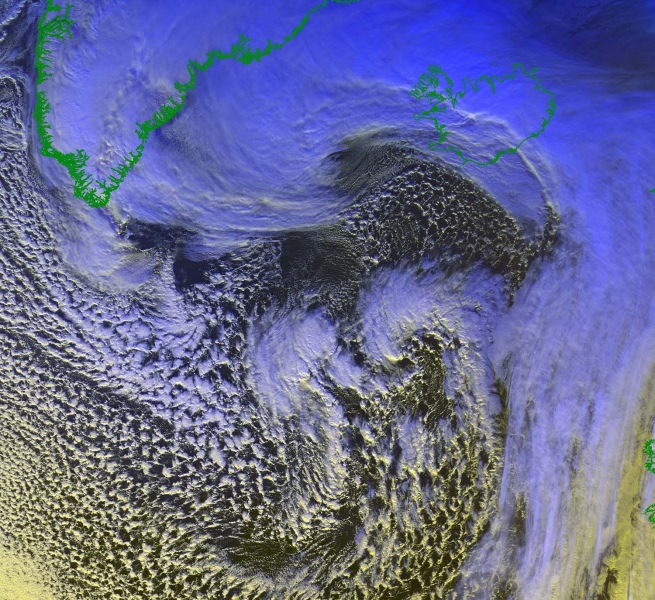 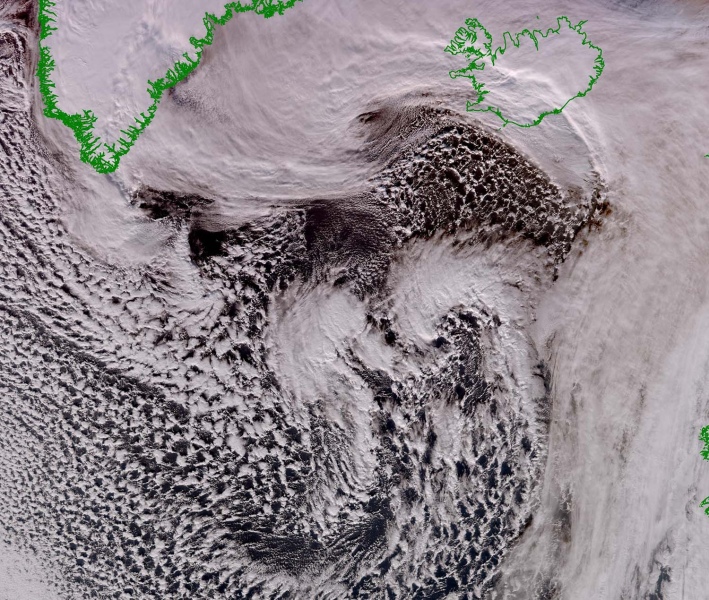 Today’s 18 UTC analysis revealed its central pressure was around 955 mbar while the system was still deepening. One can easily see this low-pressure system is expanded across the whole North Atlantic, centered to the west-northwest of Iceland, creating a tight pressure gradient along the southeastern side of Greenland. The system is expected to continue deepening overnight and pressure should drop below 950 mbar by Sunday morning. Precise analysis and satellite presentation indicates there are actually several cores within the large cyclone’s core. 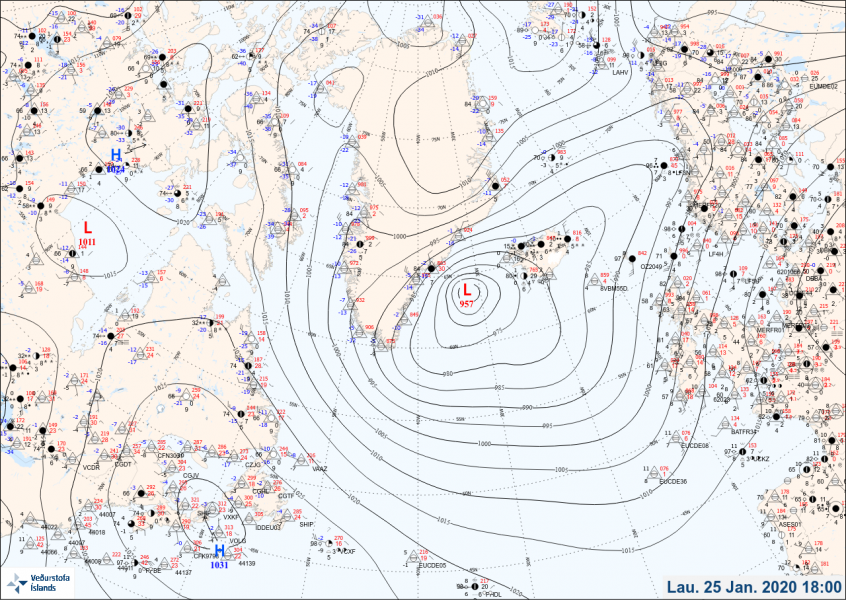 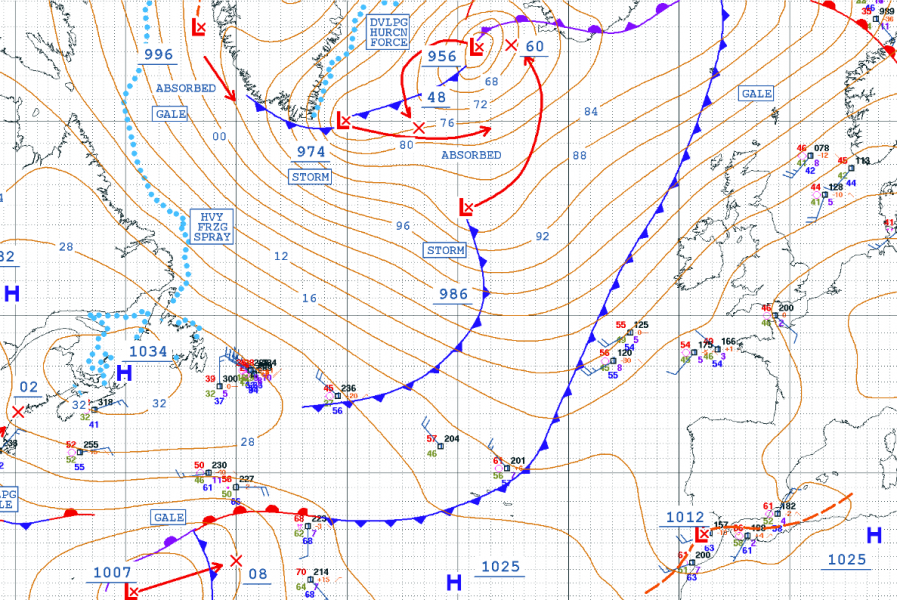 Here is the latest ECMWF model guidance of wind gusts accumulation until Tuesday, Jan 28th. Widespread wind field is expected around the cyclone’s center, being the most intense in the strait between Iceland and Greenland with developed hurricane-force winds, pushing gusts well above 150 km/h across the broad area. All models are actually well-aligned regarding the wind forecast with it. 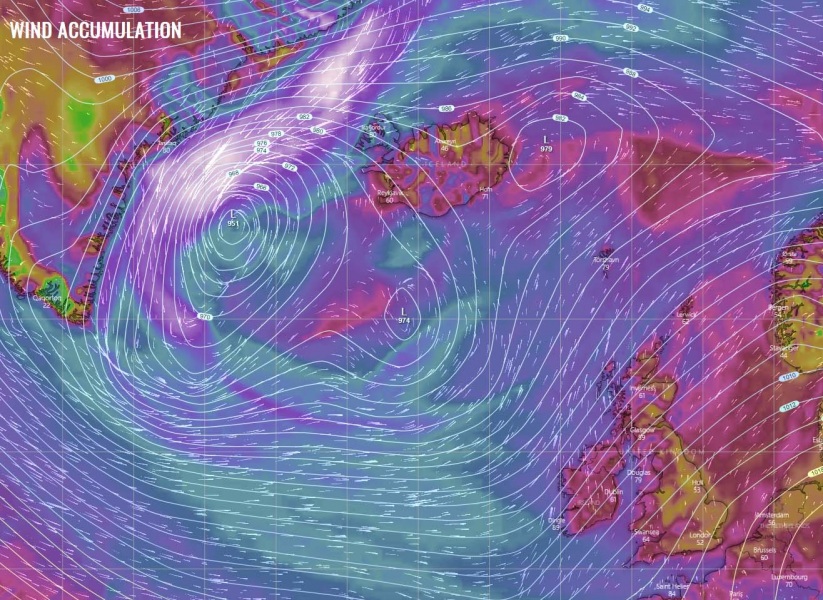 System is delivering cold weather and locally snow across the UK and Ireland in the coming days:

Stay tuned for updates on Sunday – the primary forecast discussions can be followed below: