There is no change in the North Atlantic / Europe pattern in the near future. North Atlantic is developing explosive storms, almost on a daily basis. Yet another very intense cyclone formed development today, as a wave ejected from eastern Canada into the NW Atlantic and soon begin rapidly intensifying into an extra-tropical cyclone. Cyclone is moving towards Iceland and is expected to push its central pressure well below 940 mbar within the next 24 hours. The pressure drop will be very rapid, meaning the system is becoming a classic bombogenesis tonight before hitting Iceland with another severe winter storm tomorrow.

NEW UPDATE: Weather madness over Iceland – an extremely deep cyclone produces the most epic satellite presentation of the season

Here are some of the latest VIS, IR and WV satellite channels over the North Atlantic. The system is huge and strengthening. 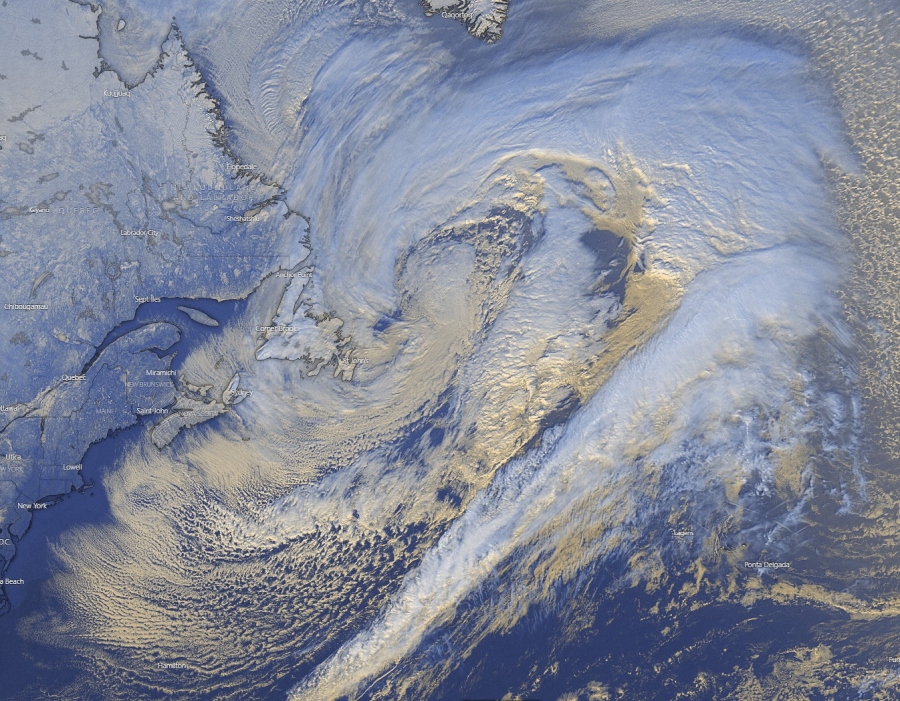 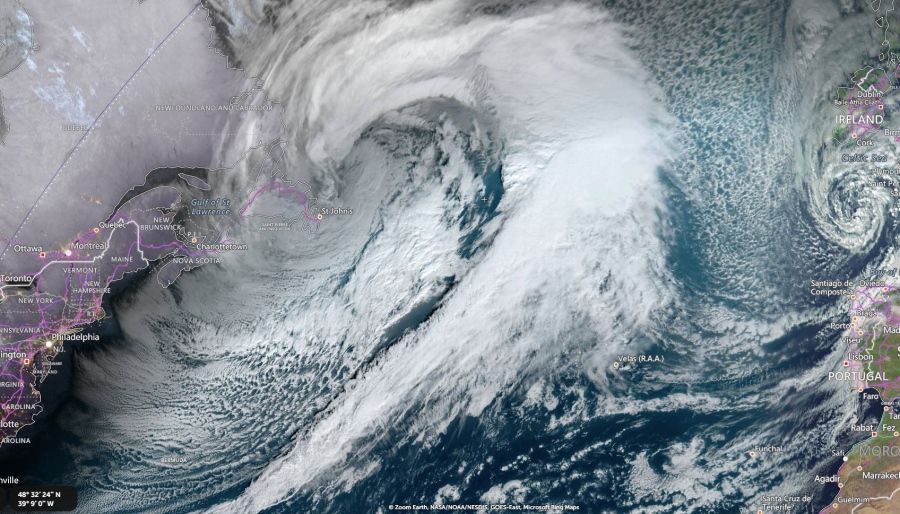 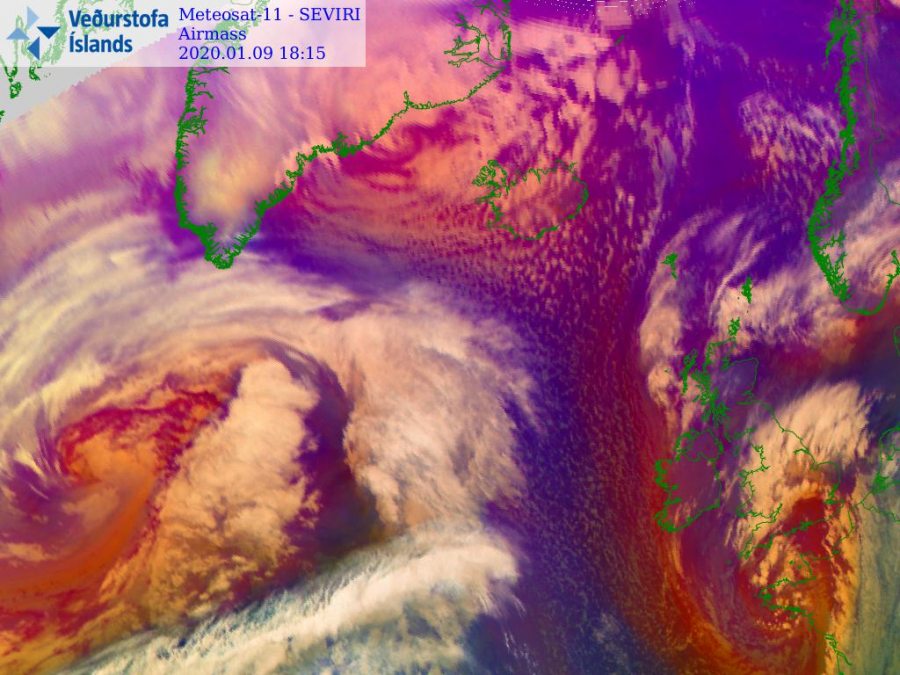 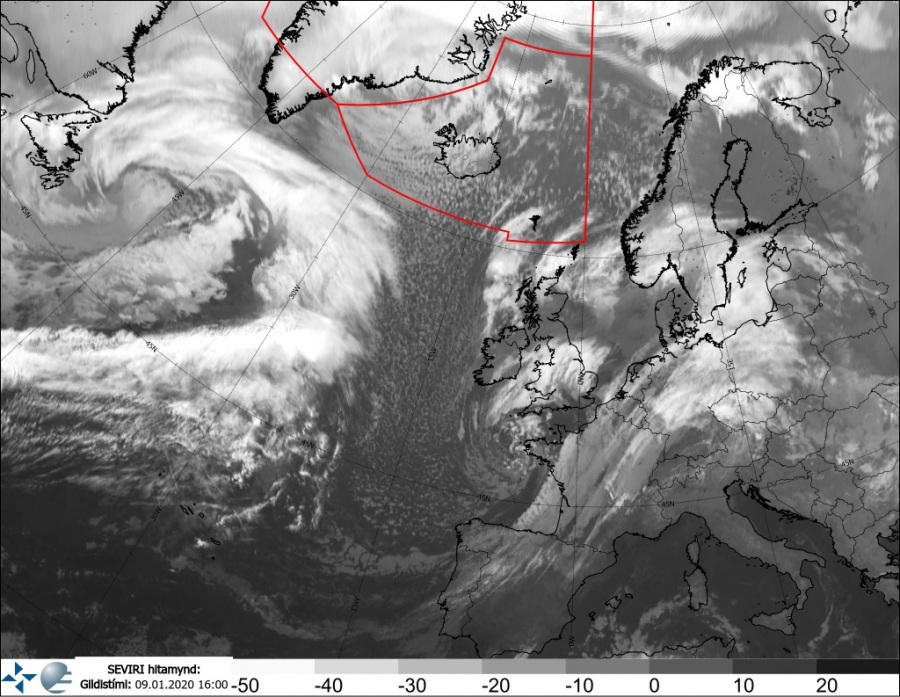 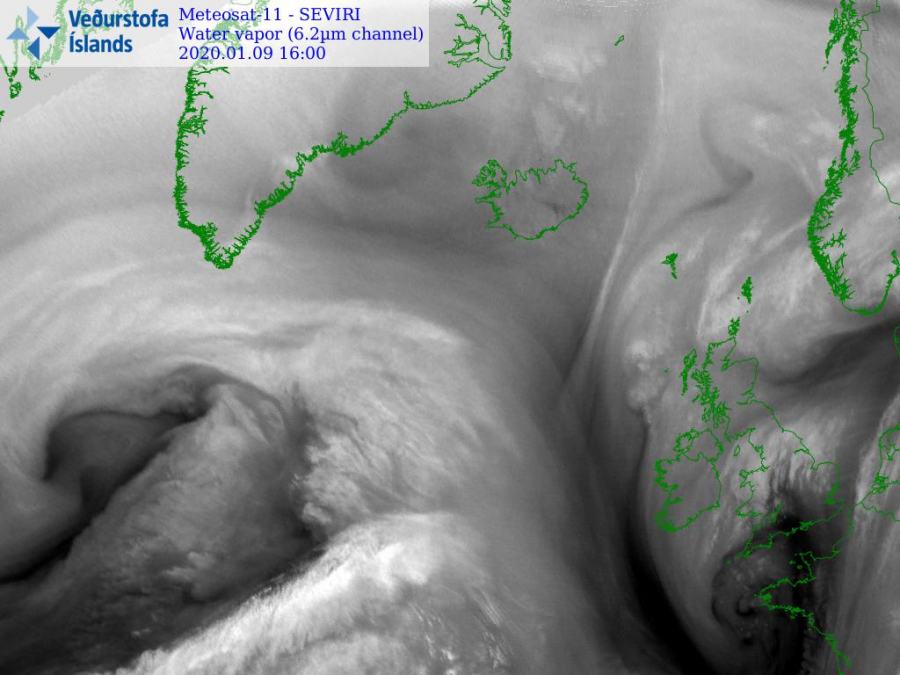 Surface analysis as of 12 UTC today, Jan 9th indicates the minimum central pressure was around 972 mbar and dropping fast. 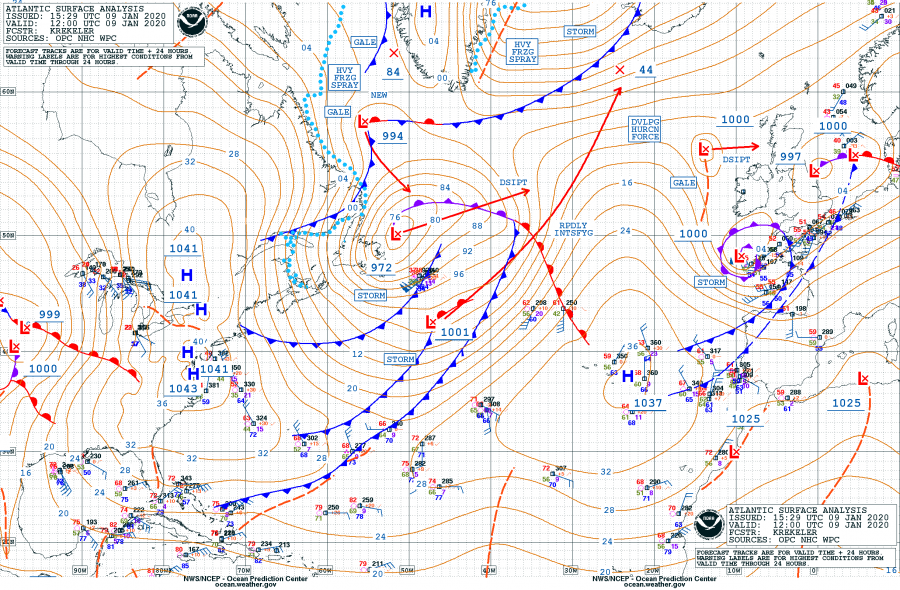 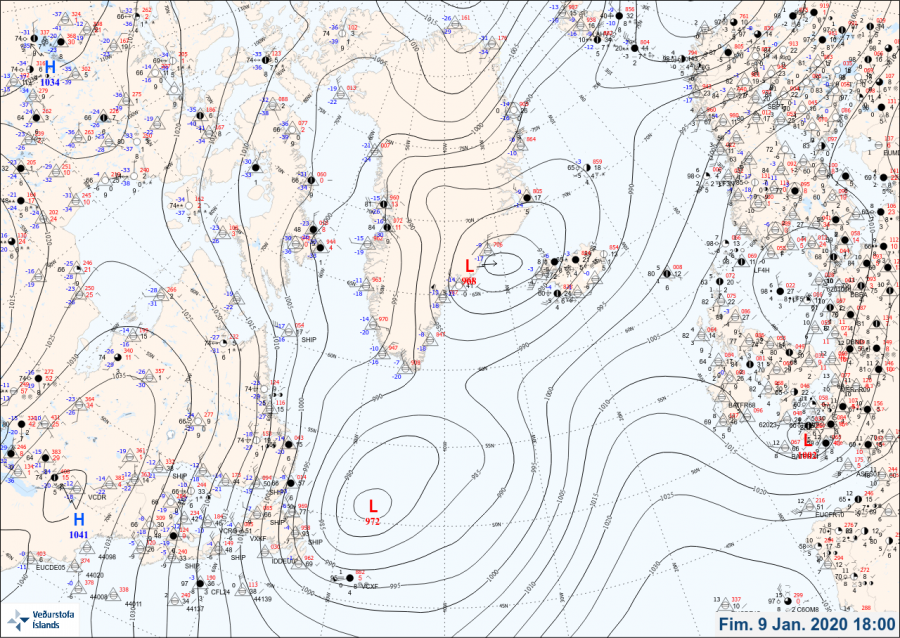 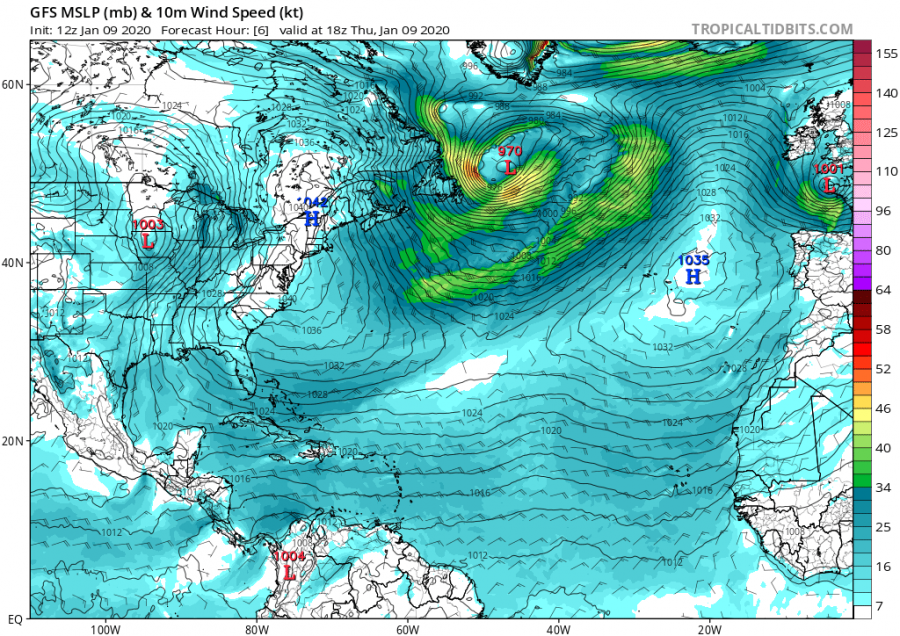 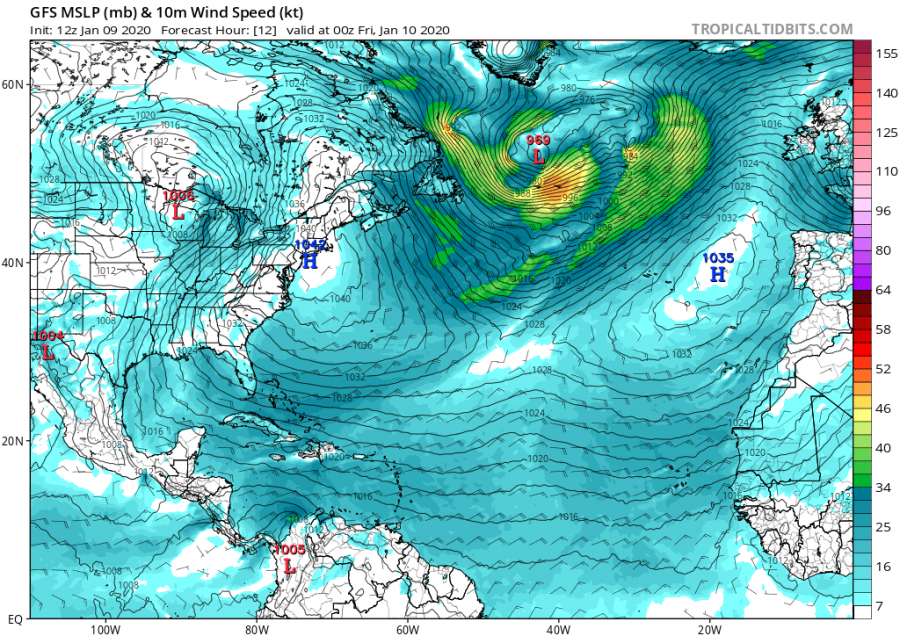 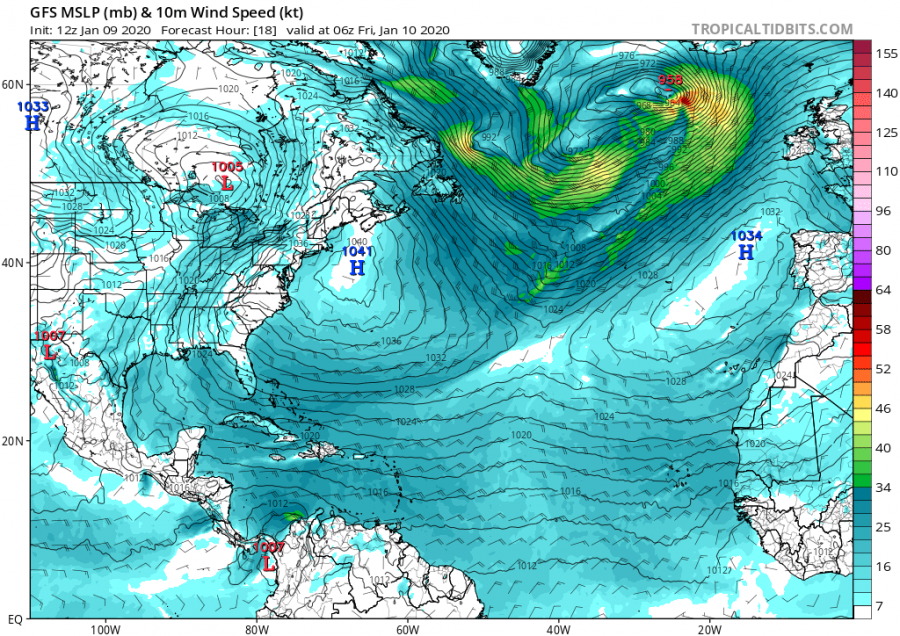 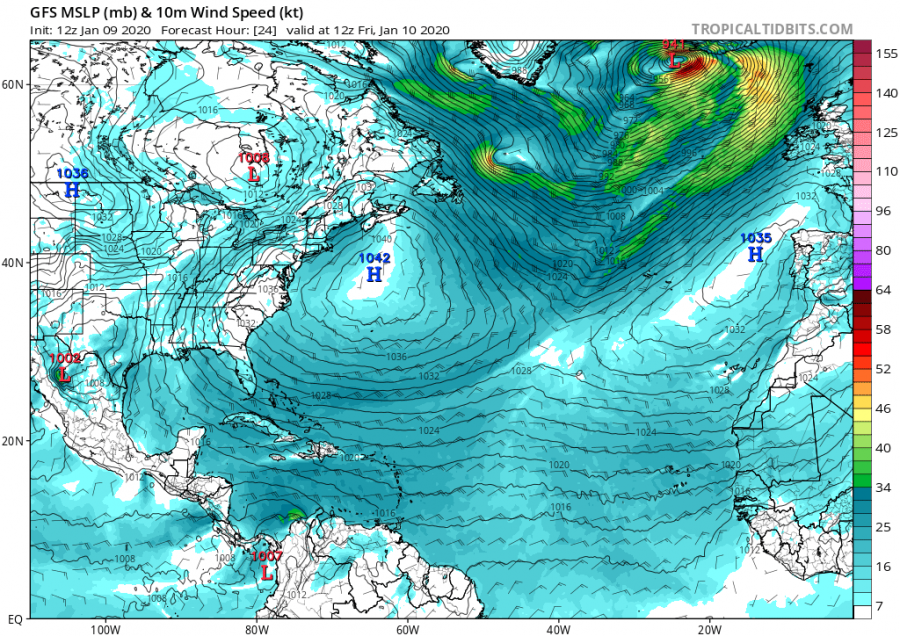 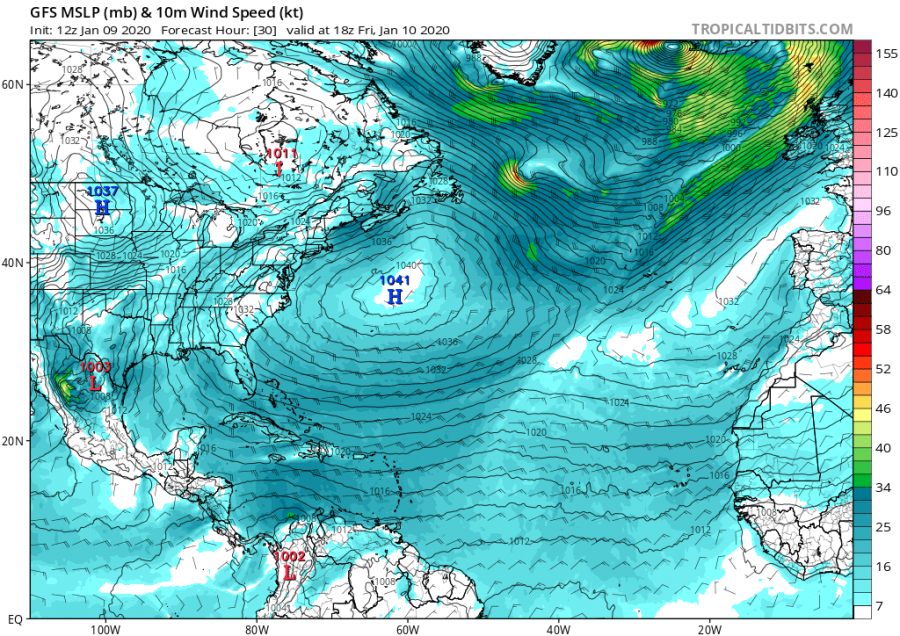 Severe winds and surface pressure over the North Atlantic from tomorrow afternoon until the late Friday night, a broad windstorm is expected while extra-tropical cyclone’s center will be moving north, just to the west of Iceland. 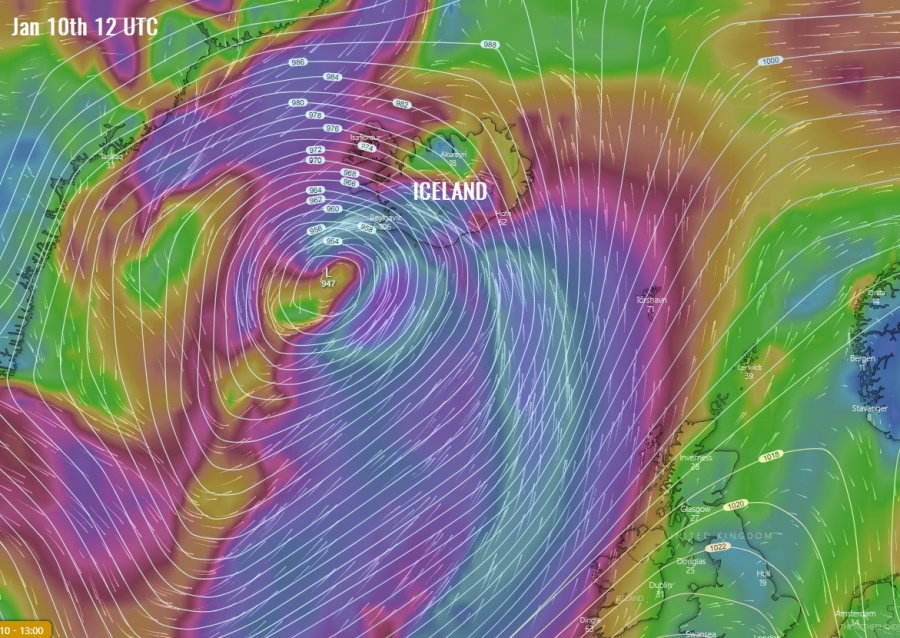 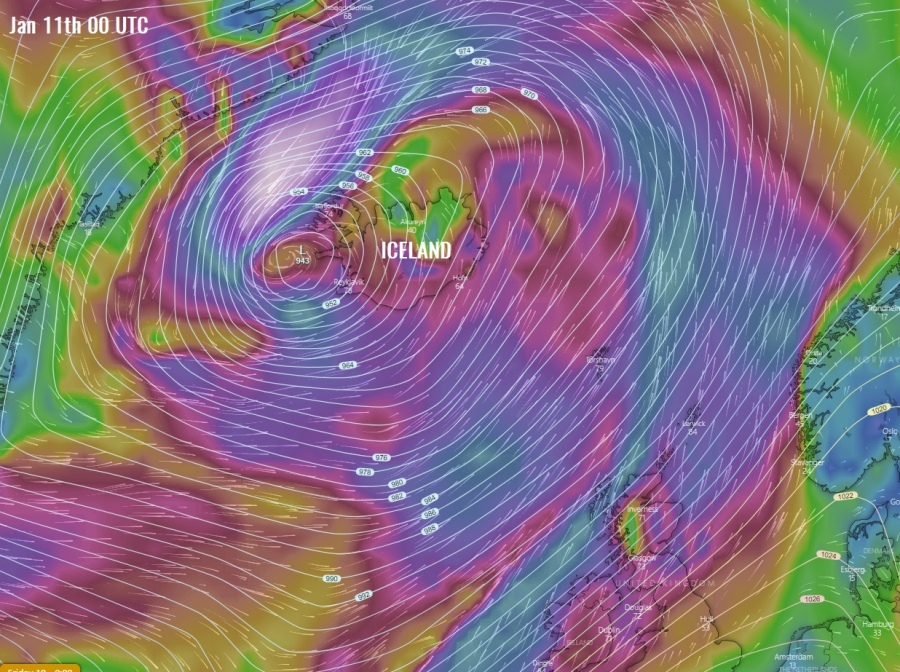 Hourly precipitation and mean sea-level pressure indicates a very deep cyclone’s center (below 940 mbar) will be moving due north just to the west of Iceland, resulting in intense orographic rainfall into southeast Iceland while heavy snowfall and blizzard will develop over the Highlands. As usually, the most intense precipitation will be near the strongest orographic lift along the mountain ranges.

Zoomed-in view of the forecasted sustained winds across Iceland. A period of very intense south-southeasterly winds develops around midday as cyclone is coming closer, located just to the SW of Iceland. The most severe winds are expected across the southwest parts of the country. Later in the evening, while the cyclone will be due west of Iceland, cyclonic winds also increase across the Westflords region.

For all these developing dangerous conditions, the Icelandic Met Office issued an orange alarm across SW and NW parts of the country – mainly for intense blizzard conditions and severe winds. 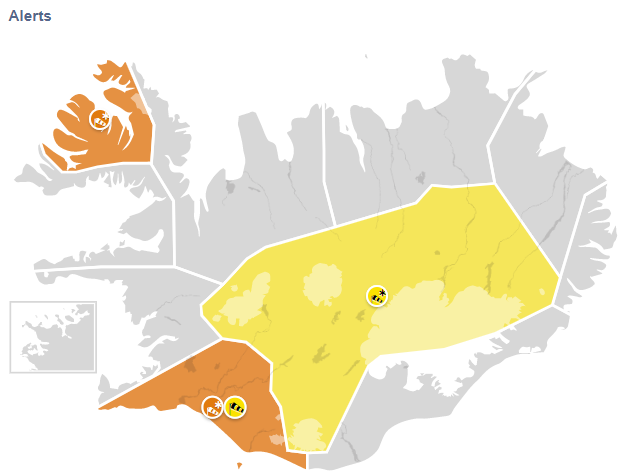 A rapidly intensifying cyclone delivers short, but intense snow blizzard across the western half of Iceland on Saturday, Jan 4th