UPDATE – Extremely impressive rapid intensification is currently underway with Tropical Cyclone #AMBALI in the South Indian Ocean – from 30kt depression to 100kt+ monster in less than 24 hours! Potential to become a Category 4 tonight! 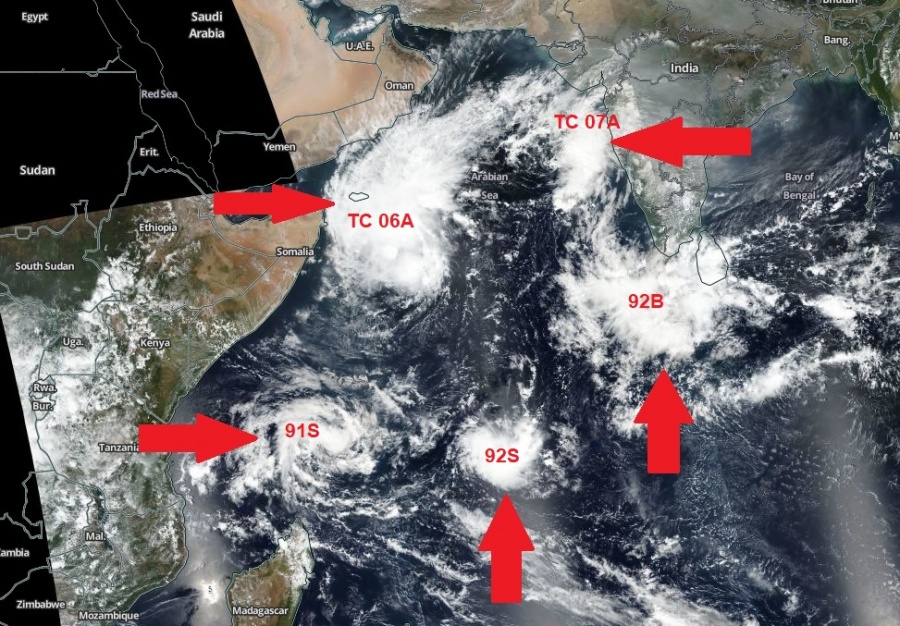 The system #1 is currently packing the highest maximum sustained winds, 35 knots with a central pressure around 1003 mbar. It is, however, expected to weaken soon as it heads northwest towards the Arabian Sea. 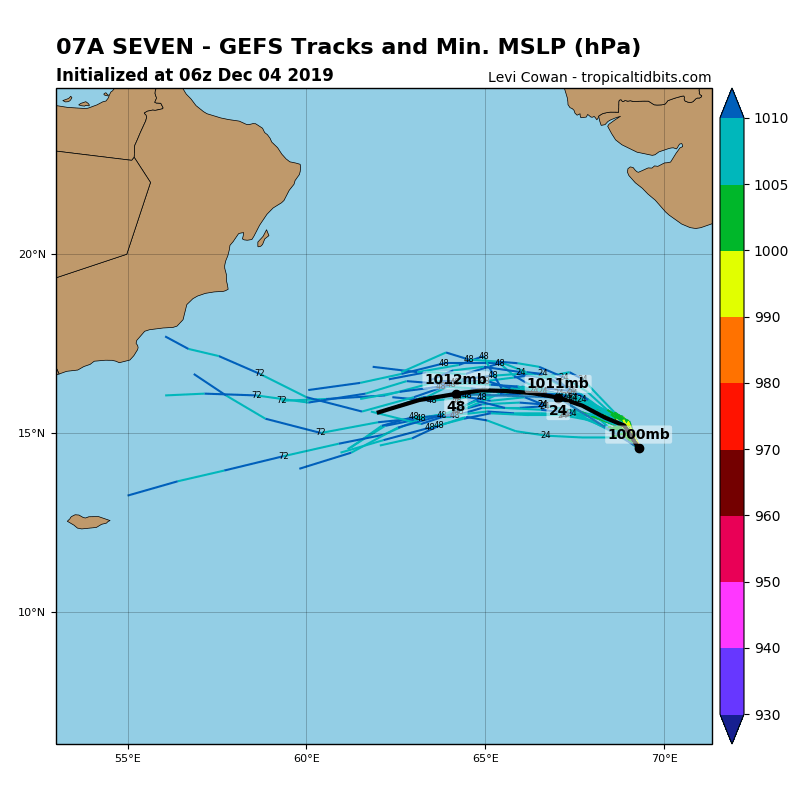 The system #2 is similar strength as Tropical Storm 07A and is expected to gradually weaken as well, but is heading west towards the coast of Somalia where its potential landfall would be a quite rare event! 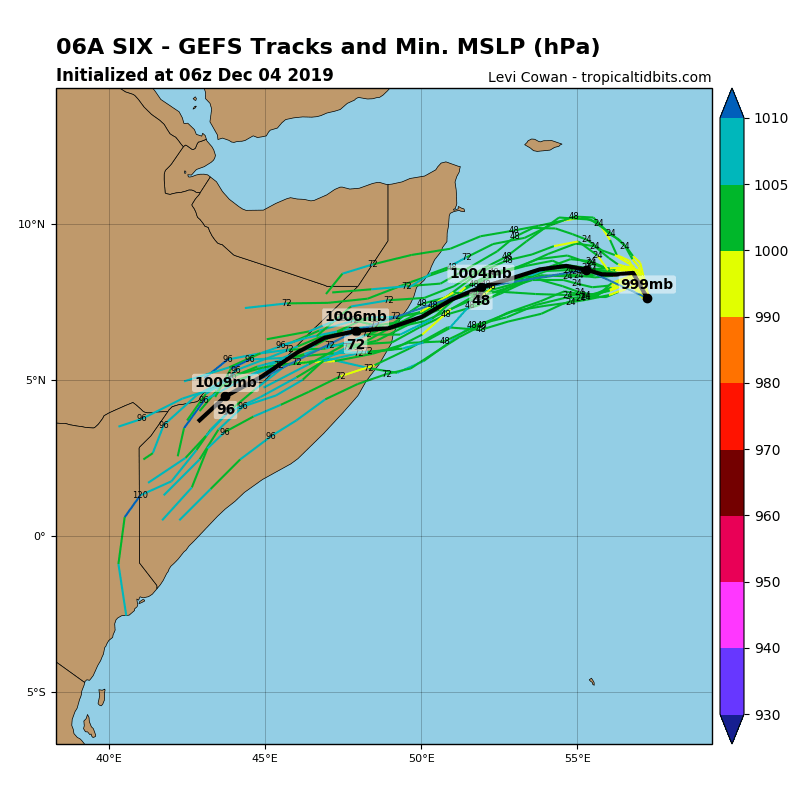 The system #3 is looking quite healthy on satellites and should continue gradually strengthening while moving slowly south, packing winds of 30 knots and central pressure around 1001 mbar. It has the potential to impact Madagascar at the end of this week.

The system #4 is also quite well-organized, packing maximum sustained winds of 30 knots and central pressure around 1004 mbar. It is expected to intensify into a tropical storm by tomorrow and then move south as well. The system should remain over open waters and will not threaten any land areas. 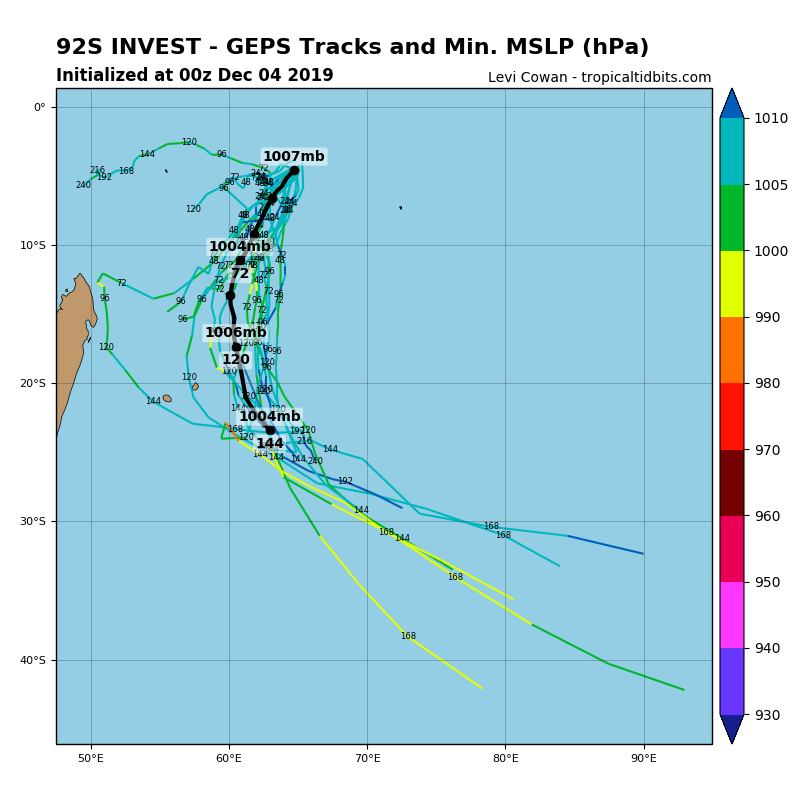 The 5th system is located south of Sri Lanka and is still developing. While it is struggling to organize for now, it packs only 15 knots winds and 1010 mbar central pressure, models are trending it could possibly also become a tropical storm in the Arabian Sea as it heads west-northwest later this week. 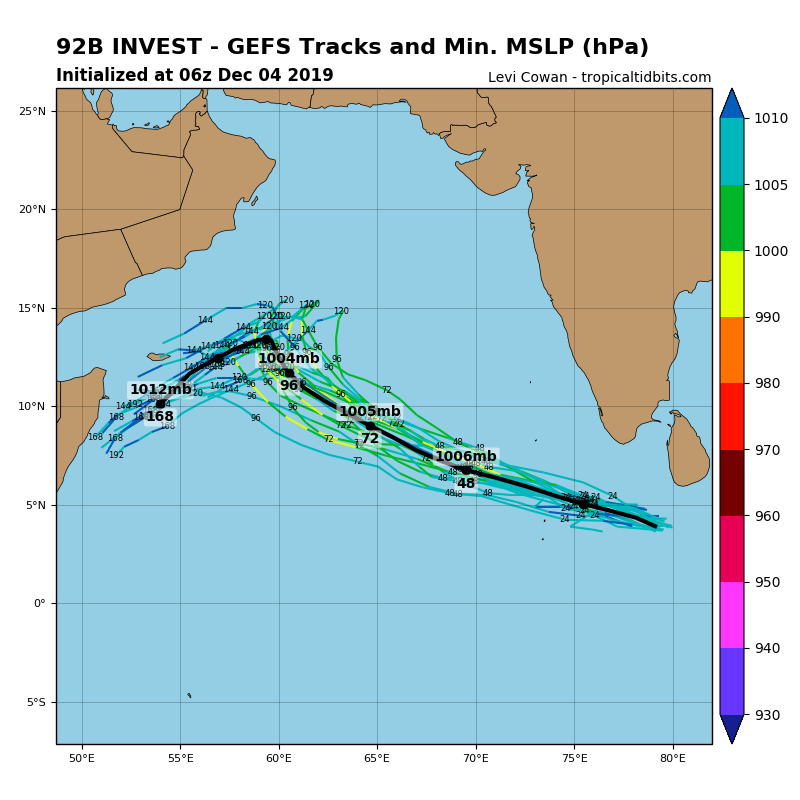 Stay tuned for further updates once the system organizes in the coming days!