Tropical activity is ramping up again this week. After the currently ongoing two systems – the tropical cyclone Francisco in the South Indian Ocean and the strengthening tropical cyclone #Damien (14S, former #92S) along the coast of Western Australia, another system is organizing near the tropical wave, located northwest of Vanuatu and south of Salomon islands – Invest #91P. Model guidance suggests it will likely become a strong tropical cyclone over the weekend while gradually moving southwest near New Caledonia and later on towards eastern Australia.

Satellite imagery does not indicate any significant deep convection yet, but we can see a lot of activity around the tropical wave. It is maintaining over the sea northwest of Vanuatu. And outflow patterns are good to promote further strengthening. 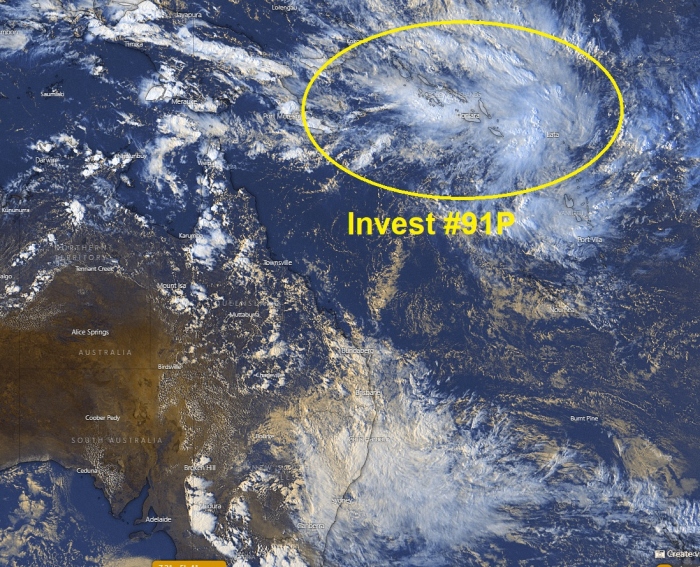 The system #91P will be drifting south-southeast through the rest of this week and gradually organizing into a tropical cyclone, becoming severe after Sunday. Models are trending it will be traveling very close to the extreme northwestern tip of New Caledonia early next week – it could bring severe winds and flooding potential over the island. The HWRF model is even hinting a severe cyclone! 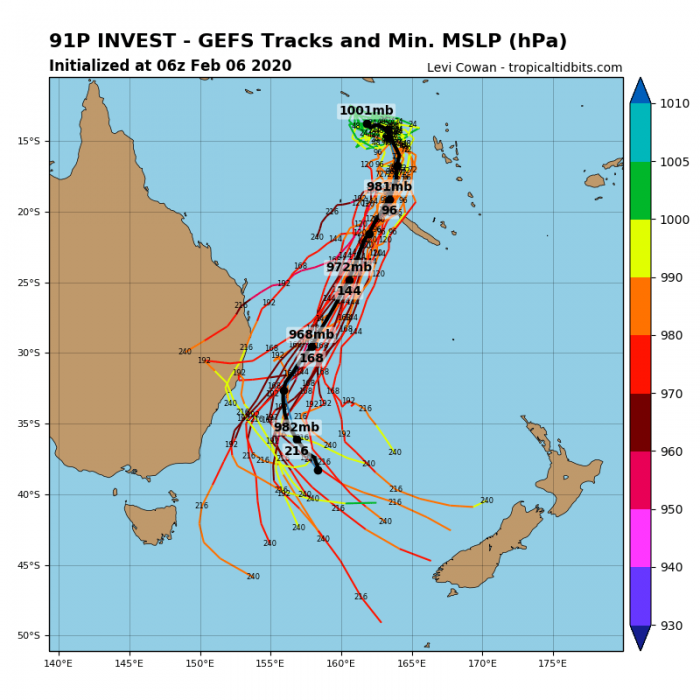 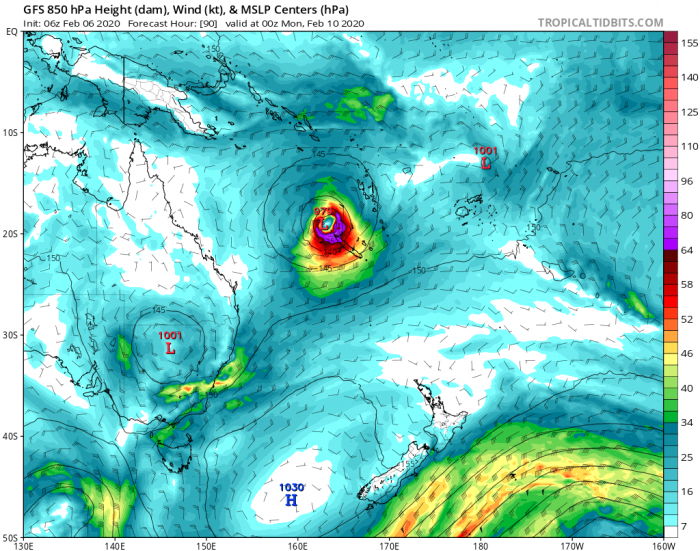 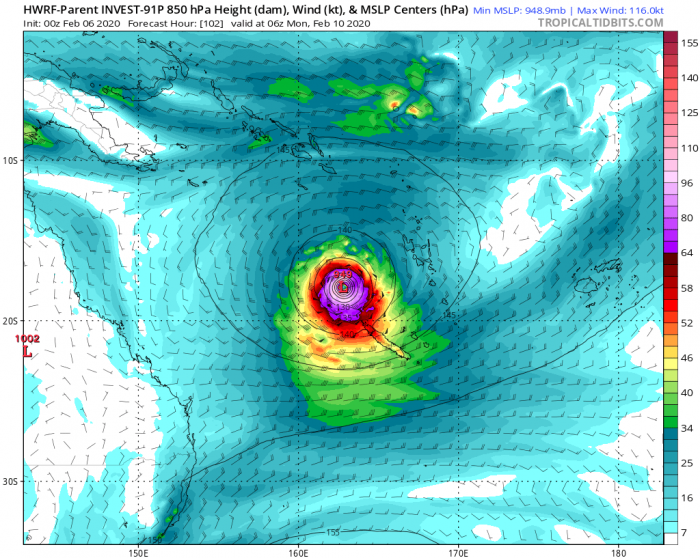 Although the tropical system should bring a lot of precipitation, its effect on eastern Australia is still too far in advance for details. However, there is currently a frontal system sitting over the northeast part of New South Wales (NSW) state and should persist for several days. This will introduce a longer rain period, significantly helping to reduce the drought/wildfire threat across the eastern NSW. Both global models are in fairly good agreement there will be a lot of rain accumulation in the next 7-10 days there. Thankfully. Notice also a well-defined swath across Western Australia – those are the storms with excessive rain associated with the tropical cyclone #Damien. 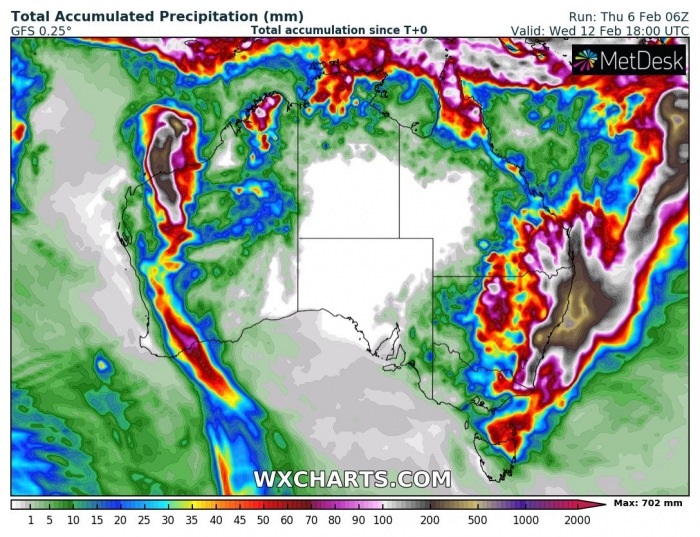 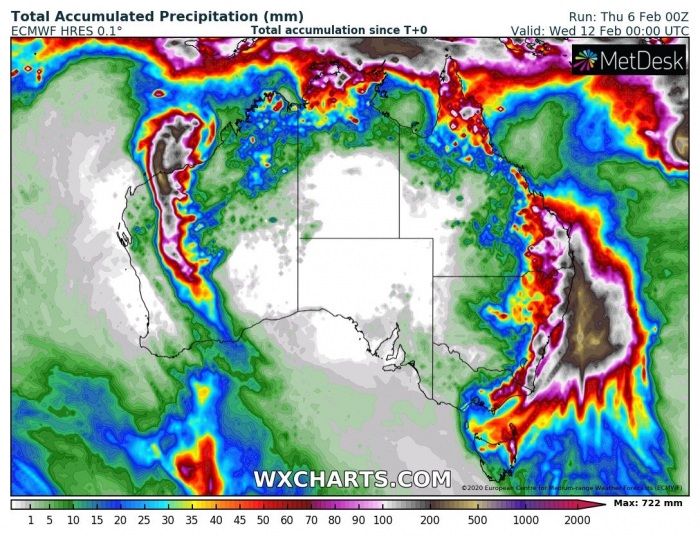 Looking over the wind map a bit further ahead, we can see this newly developing system could travel from Vanuatu far southwest towards southeastern Australia. But indeed it is still more than a week ahead and a lot can change in the system’s track – it can turn away from the Australian continent or even go for landfall into it. The Tropical Cyclone #Damien is also very well visible. 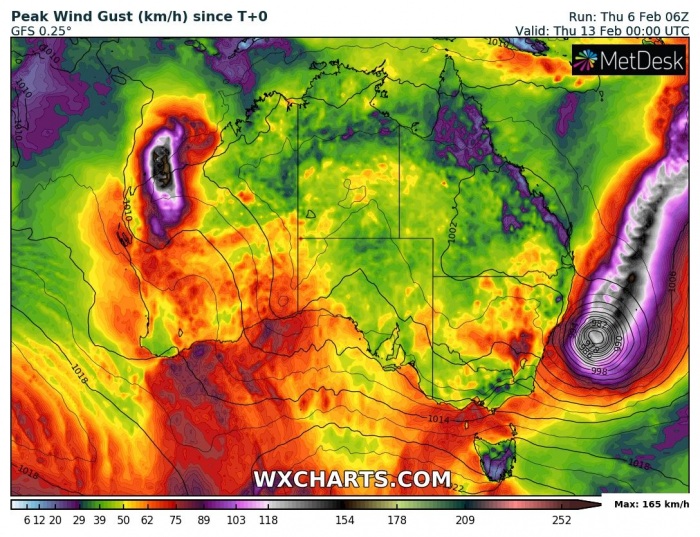 Here is the close-up view of the wind accumulation through the next 5 days – we can see the system #91P will become much better organized and will be moving with its center very near the northwest part of New Caledonia. Depending on where the center will be traveling, potentially dangerous winds could affect the island. 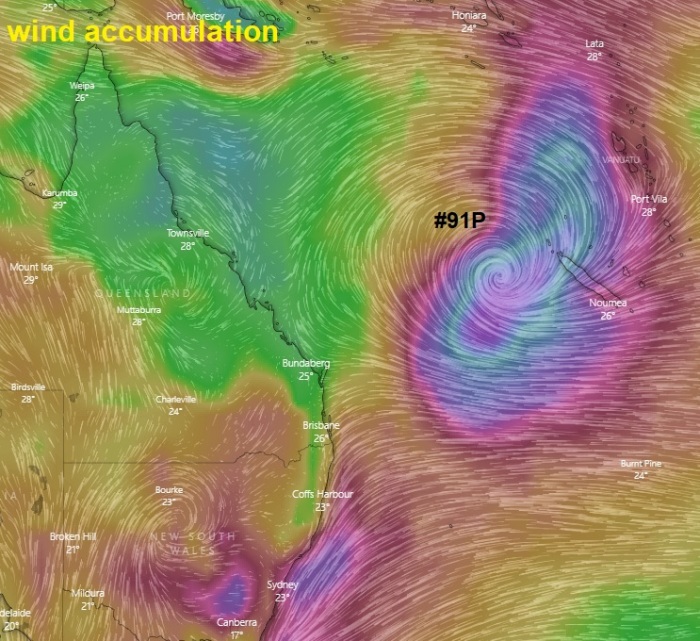 We are closely monitoring the evolution of this wave and its potential development into a tropical cyclone in the coming days – stay tuned for updates!

Tropical Cyclone #Francisco (#13S) in the South Indian Ocean, heading west-southwest towards Madagascar while weakening – should dissipate before hitting any land areas