What looked like the peak of #Harold last night (local morning), the system has introduced an explosive burst of convection through the past several hours and intensified further. As of 06 UTC today, Apr 6th, Harold was packing the maximum sustained winds of 135 knots (155 mph = 250 km/h), with the minimum central pressure around 920 mbar. Dvorak estimates are hinting the winds could be 150+ knots (near 175 mph) now, with ~30 km large eye – the final T number is 7.4! Harold has become the strongest Tropical Cyclone to impact #Vanuatu since Cyclone Pam back in 2015. Harold is also the strongest system to make landfall on the island of Espiritu Santo in the modern record (last 50 years). It will remain a very powerful system while it continues southeast this week, and could potentially pass across southern Fiji archipelago and then directly pass over Tonga towards the weekend.

Here are a couple of very impressive satellite images with Harold over Vanuatu. It is now crossing the island of Pentecost, at the even stronger strength! The last three images indicate the final light over the system in visible channel earlier: 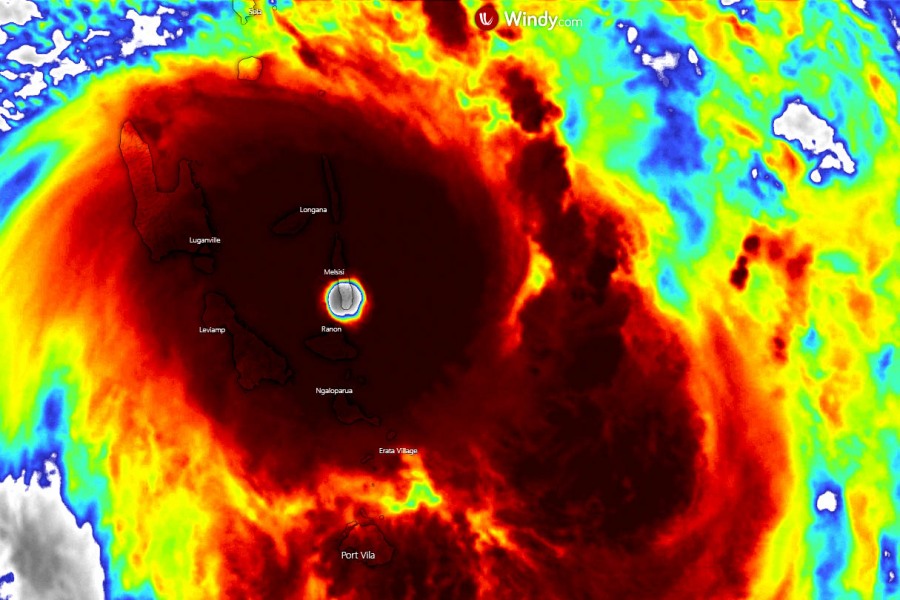 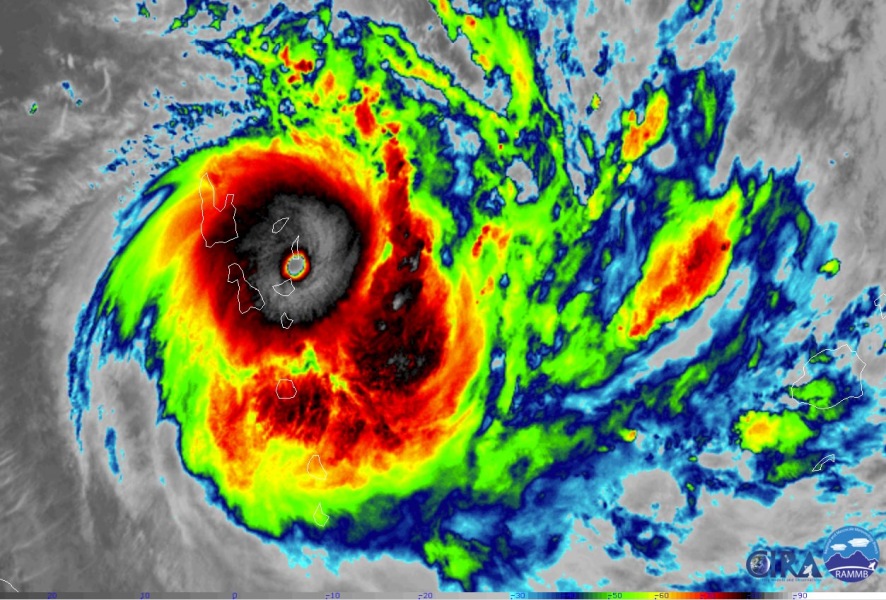 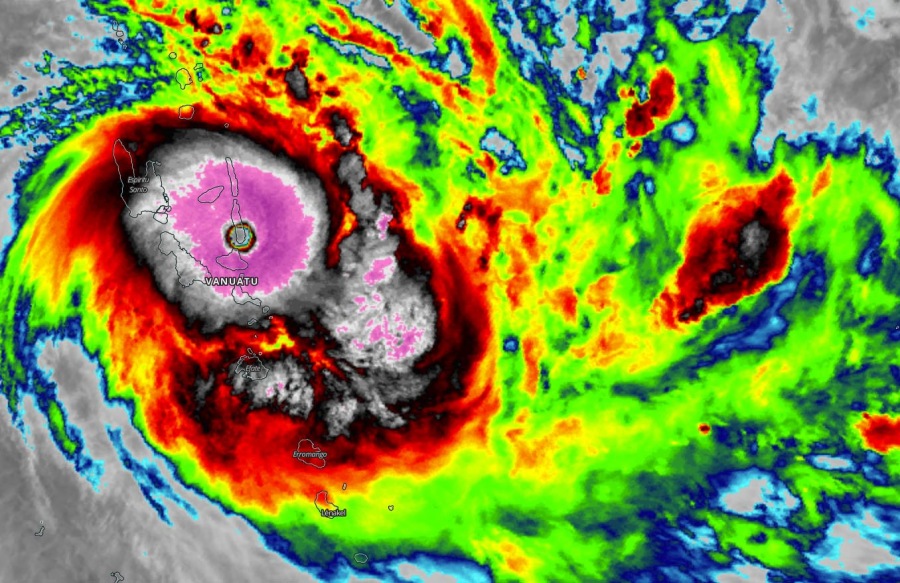 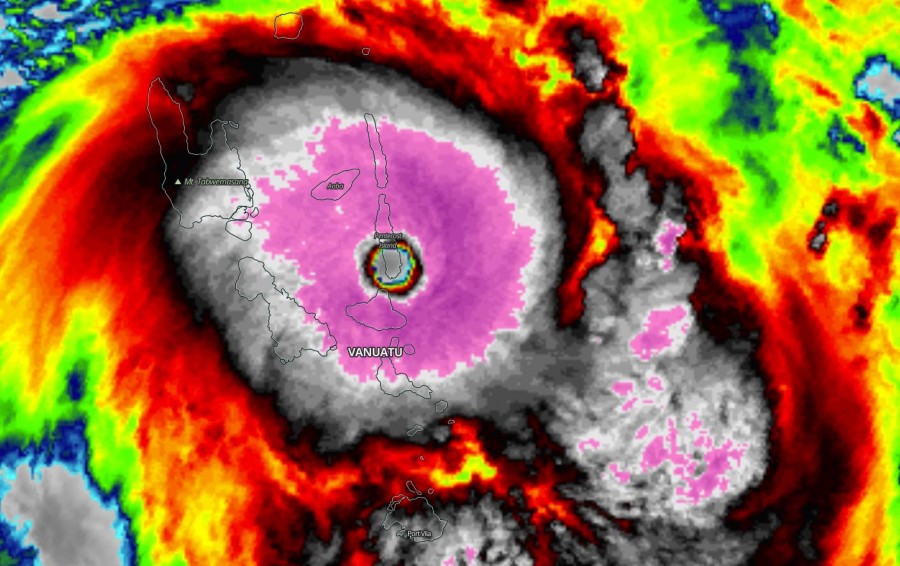 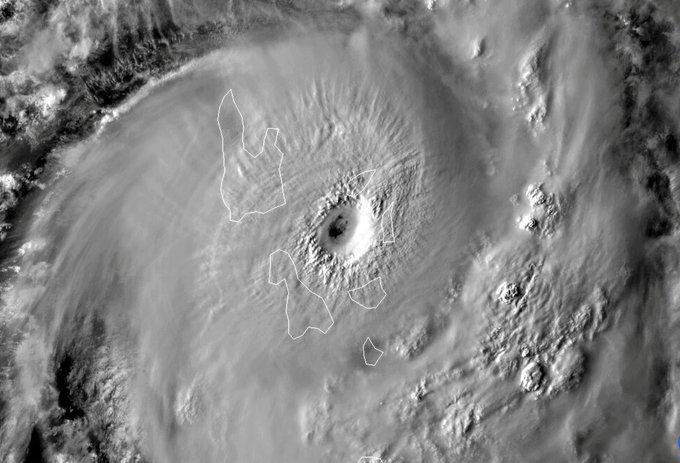 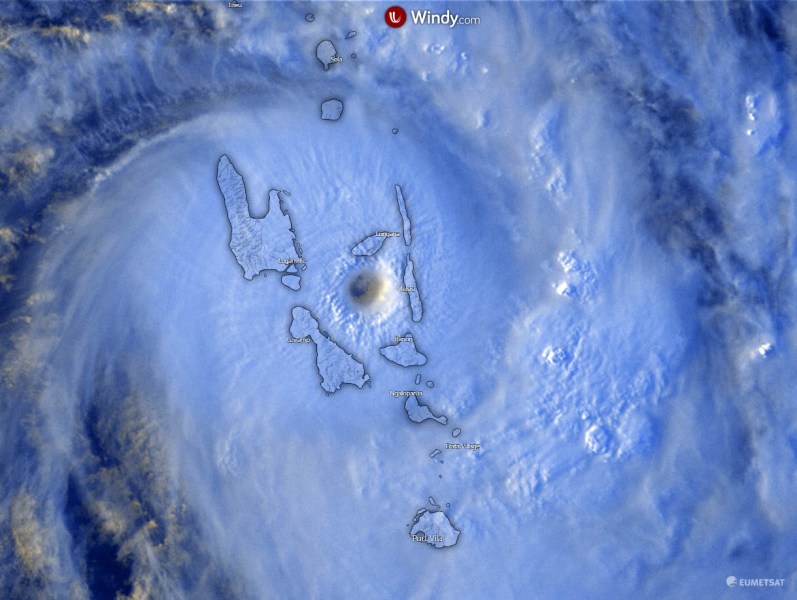 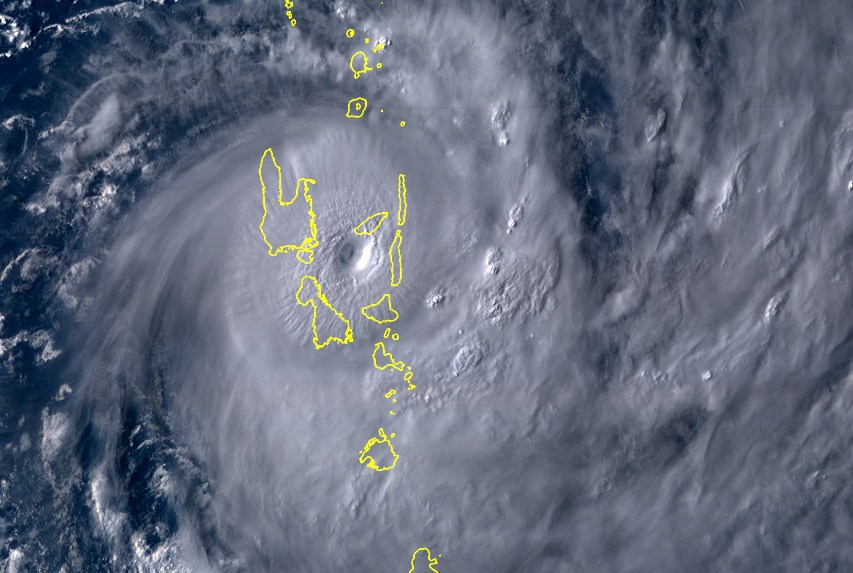 From exiting #EspirituSanto, to landfall on #Pentecost, Cyclone Harold underwent an absolute explosion in intensity. This storm is likely at Category 5 intensity above 160MPH.
A truly devastating impact. and it's still getting stronger. #CycloneHarold #Harold #Cyclone pic.twitter.com/rmaWoAmSVC

Sunset on Harold, a violent cyclone churning into the night. pic.twitter.com/ThsaOY3hOy

#Harold Part of the damage caused by the Cyclone #Harold in #Vanuatu 🌀🌬️⚡ pic.twitter.com/h8pOL5hSKx

Based on the Advanced Dvorak Technique (ADT) analysis, the estimated maximum sustained winds are around 152 knots now, with central pressure around 905 mbar. With the final T number at the remarkable 7.4 – that is easily supporting a Category 5 strength also on the Saffir-Simpson scale! Cloud tops are well below -80 °C and as we can see from the satellite above, the CDO (central dense overcast) is very wide and textbook for the most intense tropical systems on the planet – symmetrically closed. The hurricane-force 64-knot winds are extending across 50-75 miles radii around the center – a very large area! And indeed, the 50-knot wind radii is expanding 80-110 miles around the center, across the whole northern Vanuatu archipelago.

Harold’s eye will eject Vanuatu tonight (local time) and continue southeast. It is forecast to pass just south of Fiji through mid-week, potentially with still a powerful Category 4 strength! Although the storm is expected to weaken a bit, it will likely remain a very large and dangerous. It could bring heavy rain and severe damaging winds to parts of the southern islands of Fiji (archipelago). Additionally, Tonga could be the next in line of this tropical cyclone towards the weekend as Harold could pass very close the island to impact the country with flooding and severe winds as well. 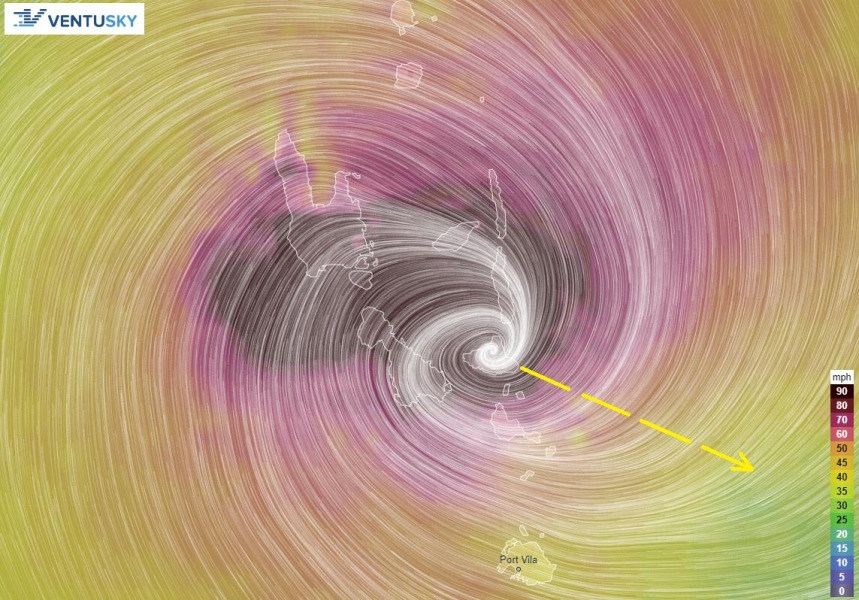 We are closely monitoring Harold’s evolution and will keep you updated – stay tuned!