After two week, the tropical activity is returning. There are actually two tropical waves now to watch, one over the South Indian Ocean and another one northeast of Australia. The activity around the 2nd wave is becoming quite explosive lately, slowly organizing into a tropical depression – Invest #90P has formed in the Salomon Sea. Weather models are hinting it could become a dangerous tropical cyclone over the weekend into early next week while passing over the Vanuatu archipelago. Potentially with damaging winds, significant flooding and storm surge potential. 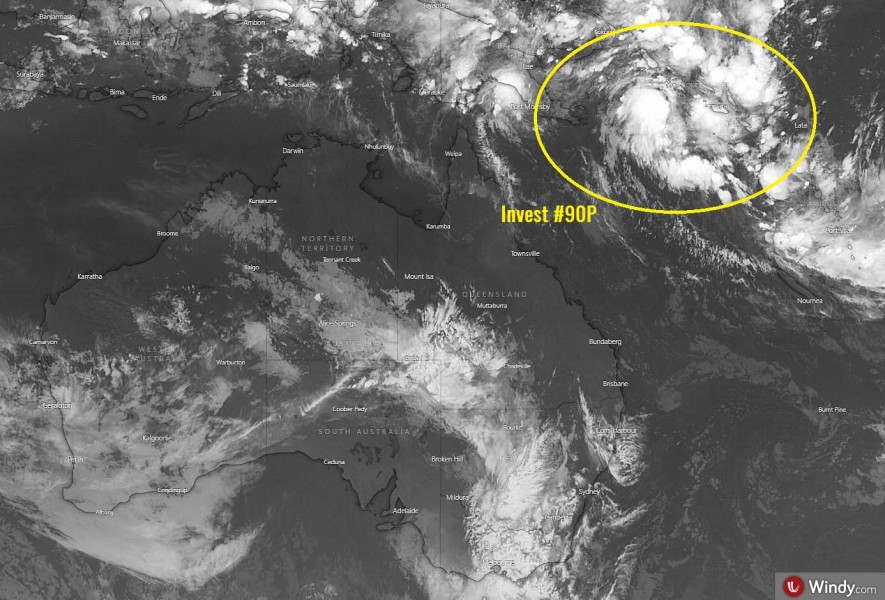 Both global models GFS and ECMWF are in actually quite good agreement of #90P’s track over the next 10 days. The system would be organized into a tropical cyclone once it ejects off the Salomon Sea, become a severe cyclone while passing over Vanuatu and north of New Caledonia early next week. It would continue towards the south of Fiji later next week. GFS is more aggressive on its strength than ECMWF model. 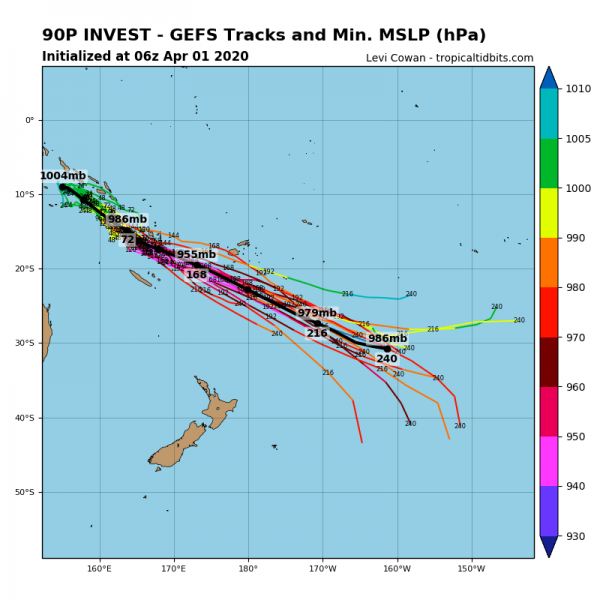 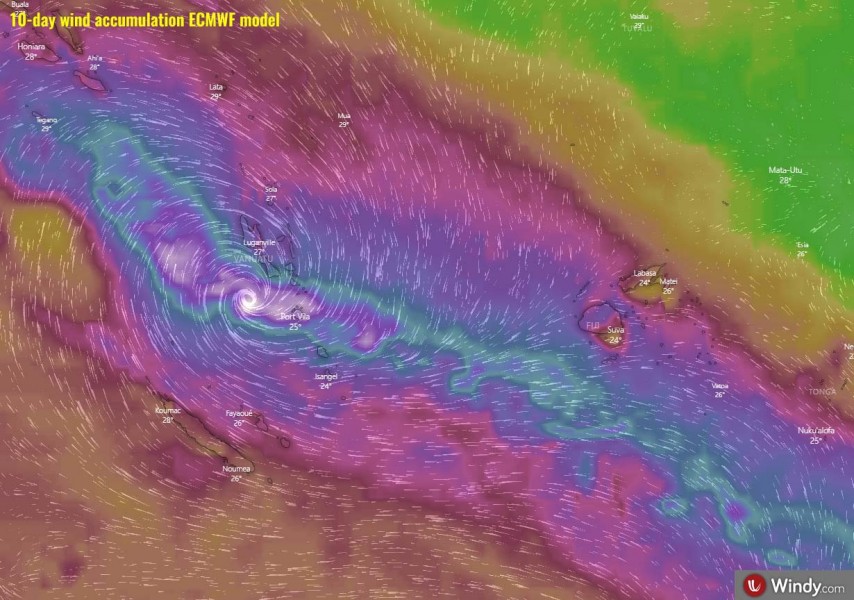 #90P is located in a very warm seawater, with around 30-32 °C of surface temperature. We can see the tropical seas are 1-2 °C warmer than the long-term average in the region. The Ocean Heat Content (OHC) is supporting the high potential for dangerous tropical system development, being 80-100 along its path until Vanuatu and Fiji. 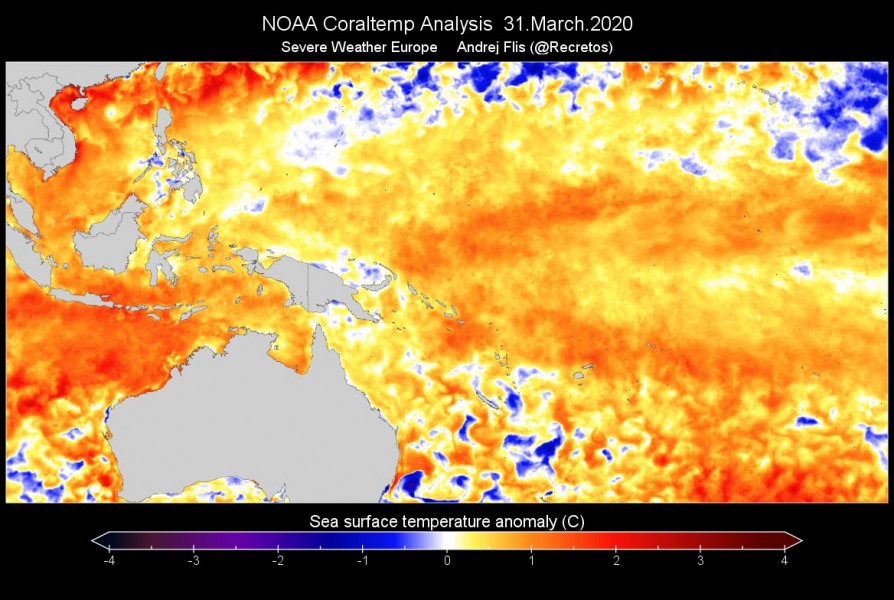 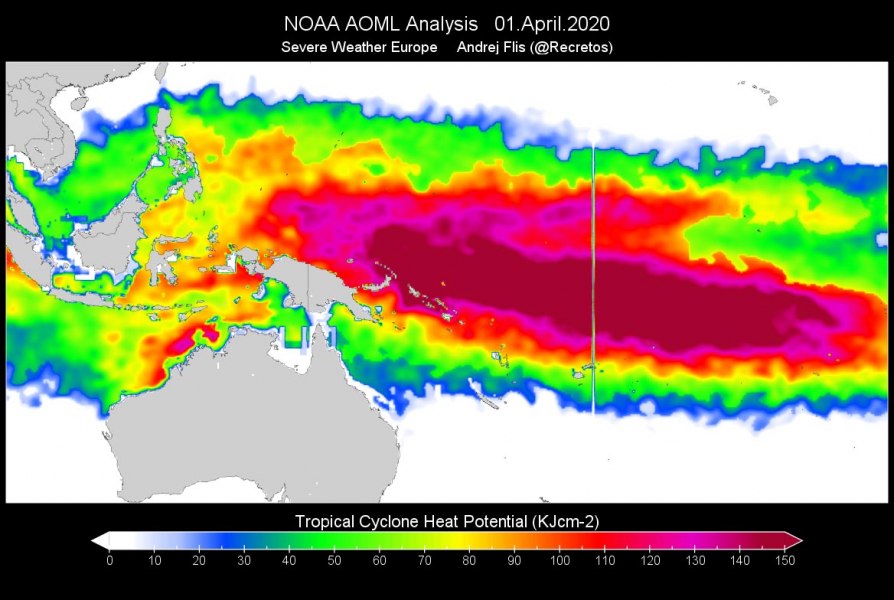 Here is the GFS model guidance from Saturday through Tuesday. While the system will probably be under strengthening over the weekend, it would be passing across Vanuatu as a severe tropical cyclone. Indeed it’s still several days ahead, so significant changes in intensity and its track are possible, but trends are pointing it could become a serious threat over the archipelago soon: 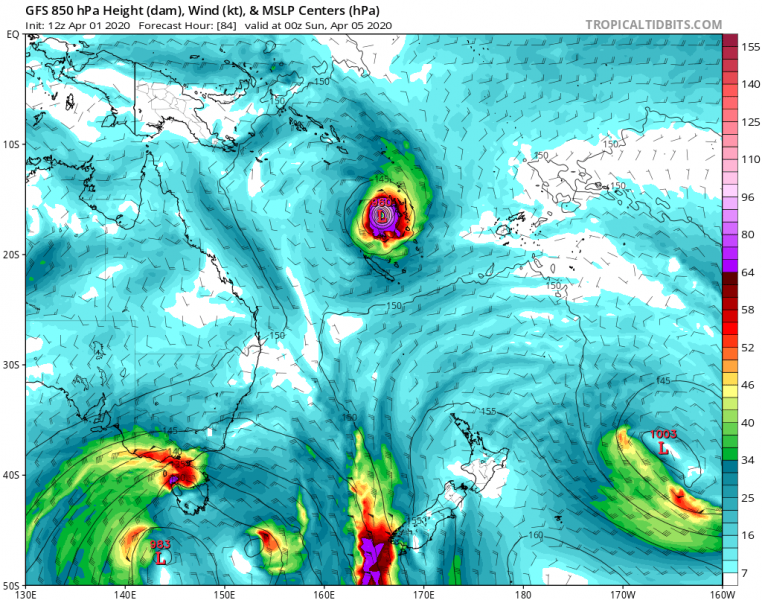 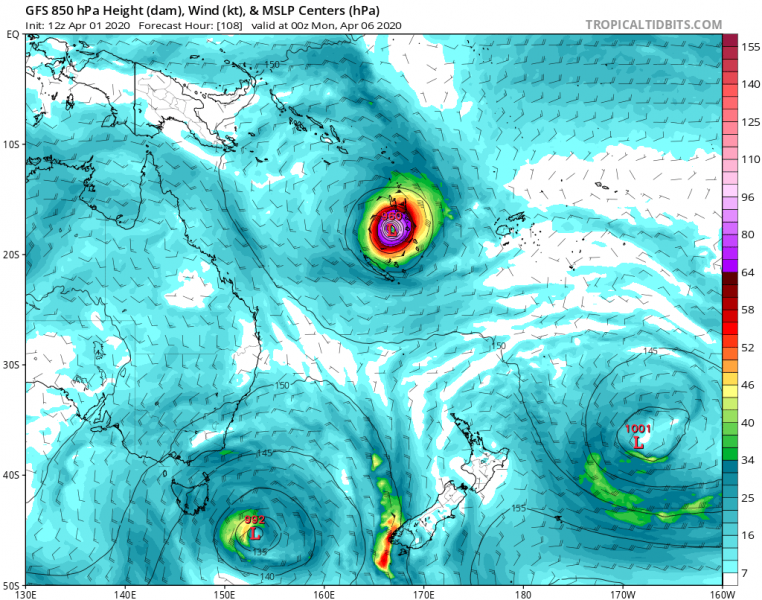 GFS model is also the most aggressive with a huge rainfall amount possible along the system’s path through next week. If the track would take the Vanuatu route, then a very dangerous flooding potential could develop!

We are closely monitoring the evolution of #90P and will keep you updated in the coming days – stay tuned!