Tropical Cyclone #Harold is re-organizing again after going through EWRC (eyewall replacement cycle) since its collapse in the wake of Vanuatu. The latest analysis at 18 UTC, Apr 7th, indicates the maximum sustained winds are 110 knots with central pressure 948 mbar. Harold has re-intensified again when ejected further southeast of Vanuatu, it is re-building its eyewall again. Right in the wrong time as it is now nearing the main Fiji’s island Viti Levu with still a strong Category 4 strength! Destructive winds and dangerous torrential rainfall with flooding threat are likely across the southern part of the island, and especially over the Kadavu and Ono Islands while are in the direct path of Harold’s eye over the next 12 hours!

Satellite imagery is again impressive, daylight is coming out over the system now. Harold has become very large compared to yesterday, so is its wind field and strength! 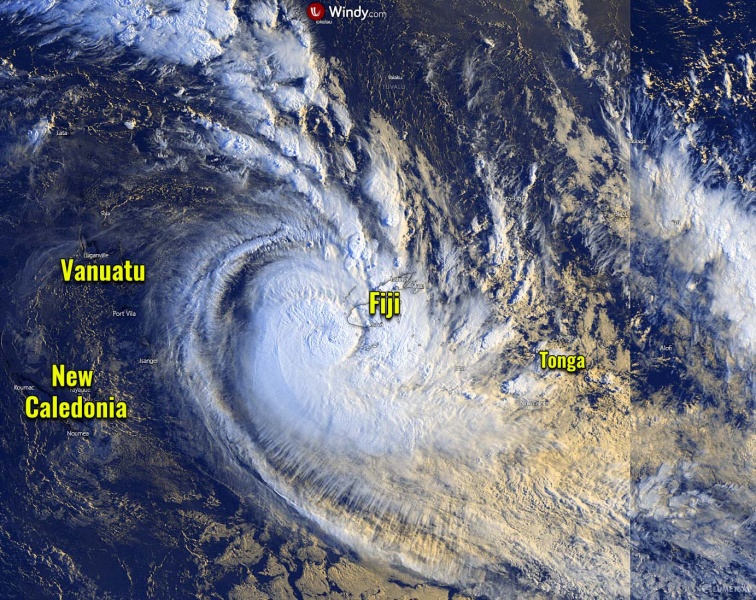 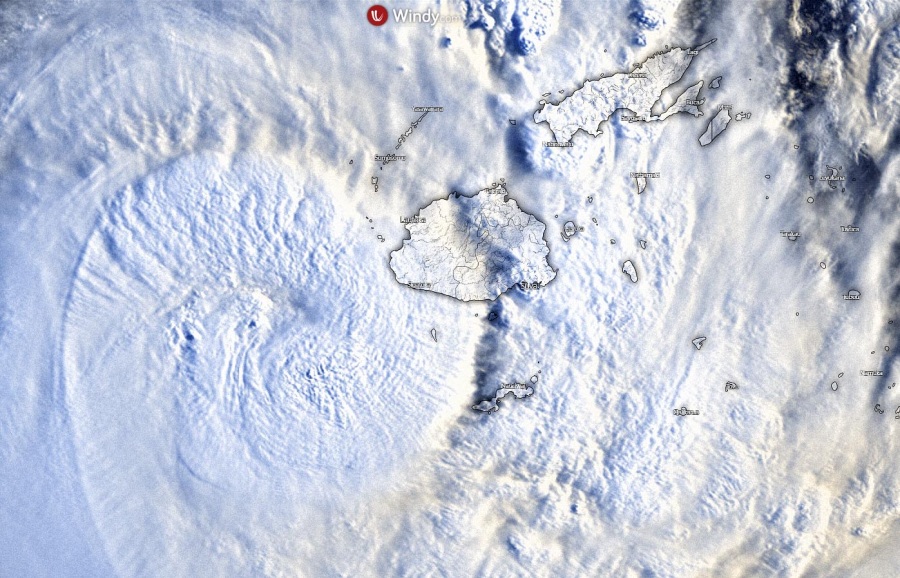 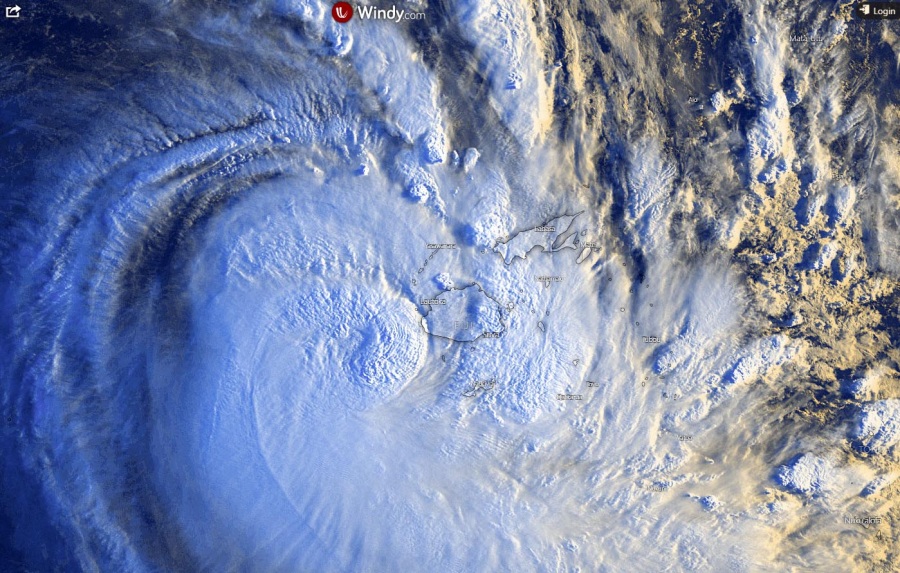 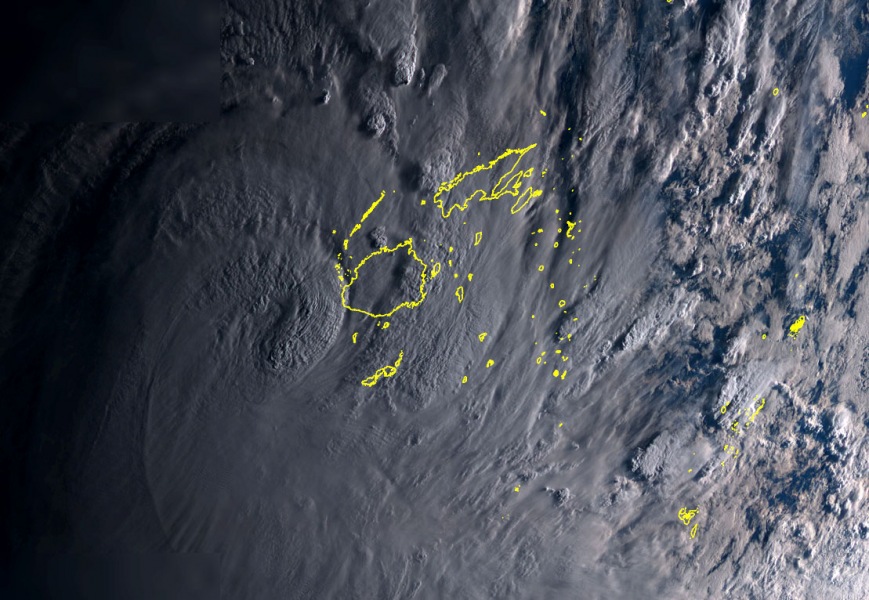 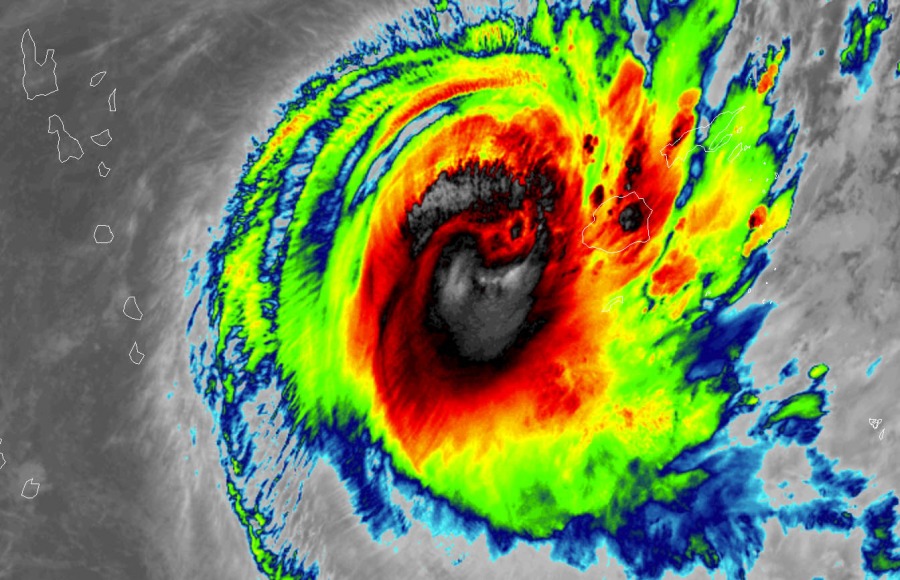 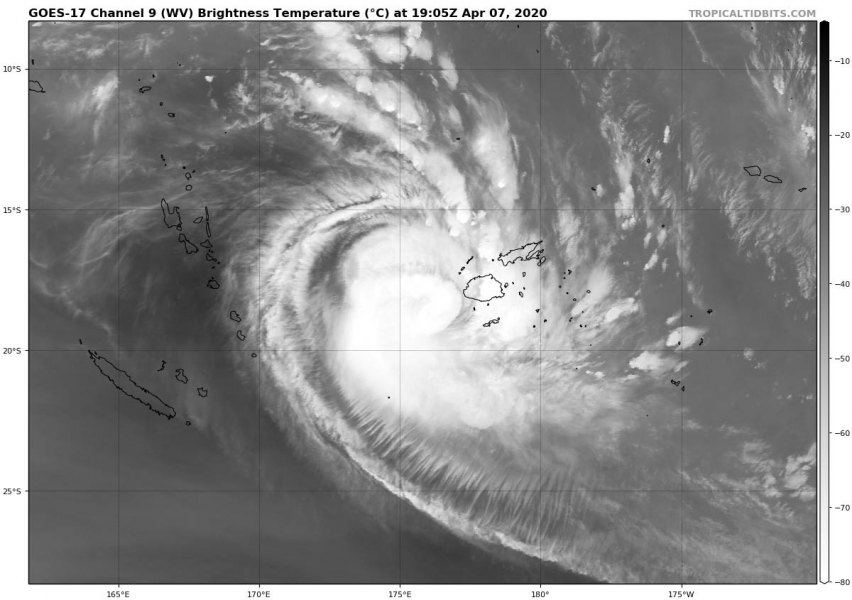 The latest Advanced Dvorak Technique (ADT) analysis indicated the final T number is 5.4, although there are intense bursts of deep convection around the eye in the past hours. The wind speeds were estimated at 90-110 knots. Harold has a 50-knot wind radii extending 70-100 miles around the center, already affecting the western part of Viti Levu island. The hurricane-force 64-knot winds are extending 35-55 miles around the core, approaching the island fast from the west.

Here is a radar image of Harold nearing Viti Levu this morning (local time in Fiji), the large eye surrounded with an intense eyewall is already visible! 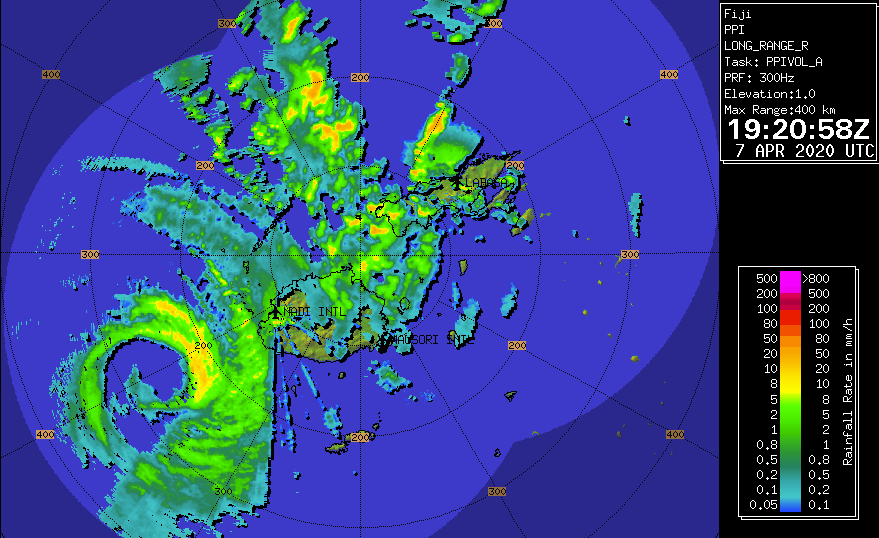 Cyclone #Harold passed over #Vanuatu as an upper-end Category 4 hurricane (equivalent), and is now about to slam into #Fiji. I have a long, updating radar loop at https://t.co/O5tXQxhxEP @UMiamiRSMAS pic.twitter.com/tAyO9VzkDx

After the EWRC, Harold is taking a more northerly route compared to the primary model simulations yesterday. This means its center will be very close to the main island Viti Levu, but will still cross it just south of it. Meaning the northern eyewall will likely graze part of the island, that’s the strongest part of the cyclone! Harold will then travel further southeast and expected to directly cross Kadavu and Ono Islands a few hours later. Harold will then continue towards Tonga, which could experience a close pass with Category 3 strength on Thursday morning local time, Apr 9th.

Harold will likely bring huge amounts of rain across the northern part of Viti Levu, as favorable west-northwest winds will introduce extreme rainfall and flooding in some areas. Including dangerous landslides! The most intense winds map is also attached, we can see Harold moving over Kadavu and Ono islands, then very near Tonga. 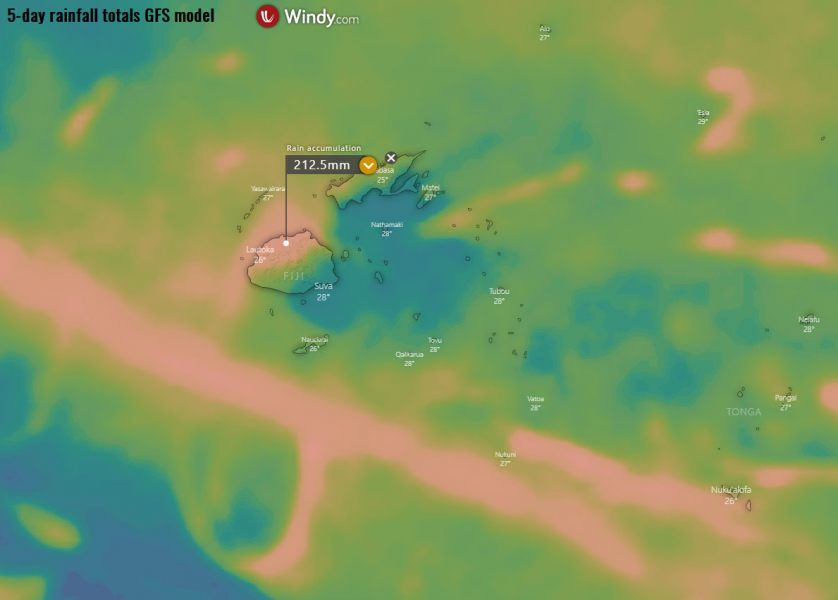 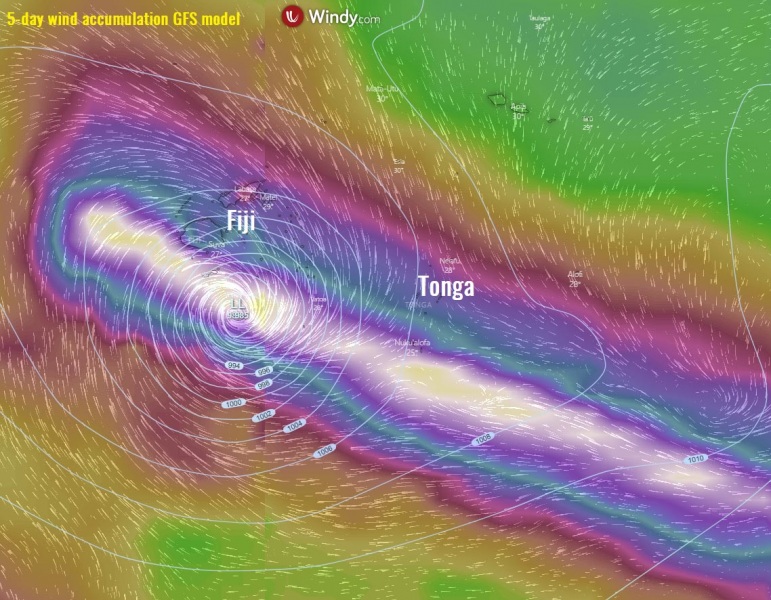 Stay alert for destructive winds and dangerous flooding over Viti Levu, Kadavu and Ono Islands over the next 24 hours, this is the life-threatening situation as Harold remains a violent Category 4 tropical cyclone! We will post another update tomorrow.