The intense windstorm over Iceland has resulted in extremely severe winds in some areas, especially where downslope winds have contributed to violent gusts exceeding 200 km/h. The weather station Hafnarfjall reported an incredible wind gusts of 255.6 km/h (= 71 m/s = 159 mph) this morning, 11 GMT. The hourly average was 108 km/h (= 30 m/s = 67 mph) at that time. This is extremely high value even for Iceland, but the record holder remains the station Gagnheiði in SW Iceland, which recorded an incredible 267.1 km/h (= 74.2 m/s wind gust on Jan 16th, 1995! The windstorm is now gradually weakening, but remains intense! Another, even deeper cyclone – storm #Dennis – arrives tomorrow!

Hafnarfjall is located around 40 km north of the capital Reykjavik, in a classic place where one would expect extreme wind gusts in situations like today. The station is obviously located in the perfect area to record extremely dangerous winds for the traffic across the main ‘Ring Road 1’ there, as it is located on the flat terrain right after the downwind slopes of ‘Skarðsheiði’ mountain range. As the winds in the lowest levels had east-southeast direction today, flowing across the Highlands, they significantly accelerated down the slopes and produce extremely violent gusty winds. 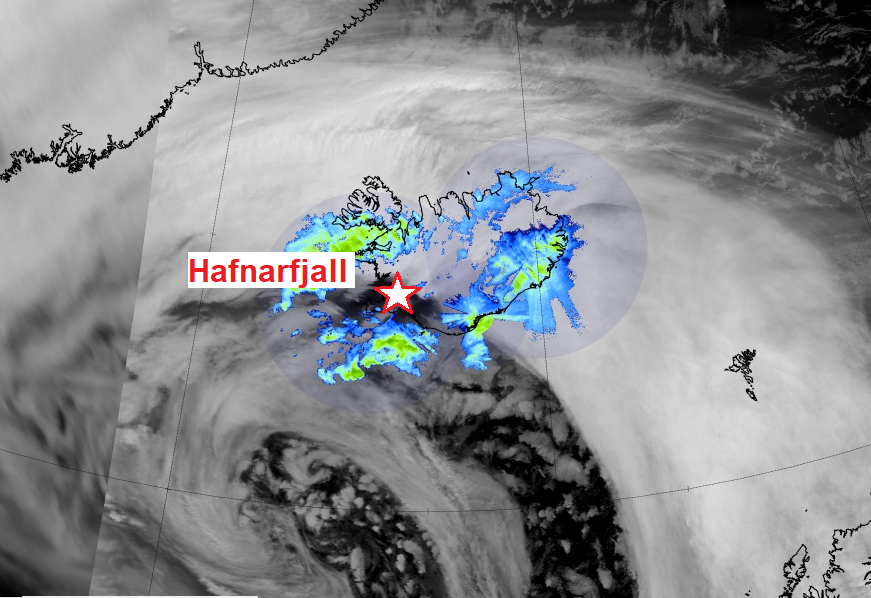 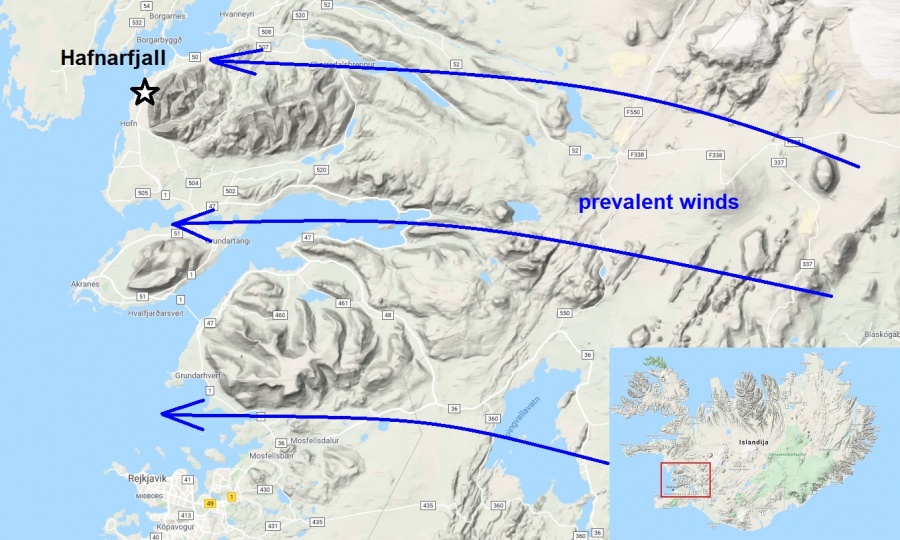 Here are the past 24 hours of data recorded at the Hafnarfjall station, we can see peak gusts between 6 and 12 today were extremely intense, shooting above 200 km/h (55 m/s) easily through all morning: 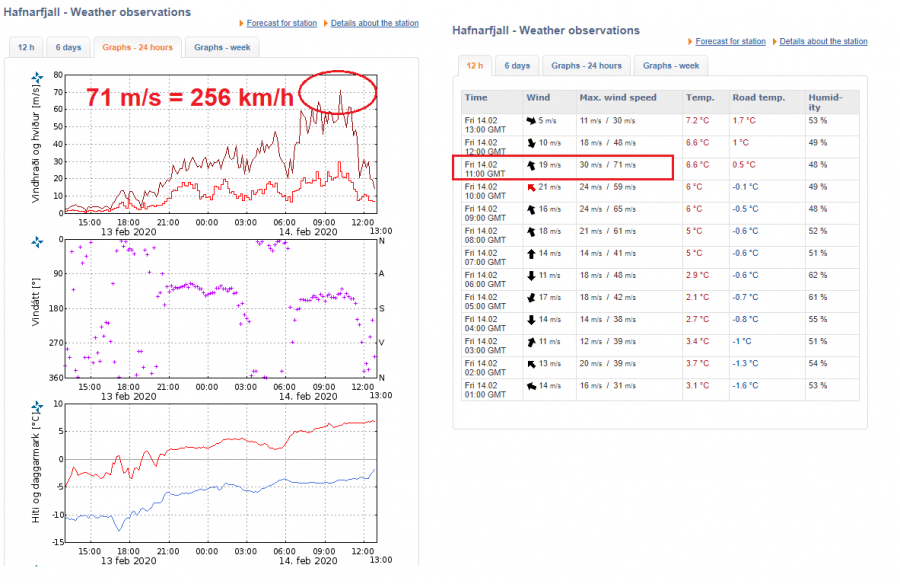 Today morning, Feb 14th, 06 UTC analysis revealed that the extra-tropical cyclone has peaked at that time, the minimum central pressure has reached 929 mbar! That is incredibly low, even lower than models were simulating for today. As we discussed in the morning hours, a very strong pressure gradient has developed over Iceland, resulting in violent windstorm. 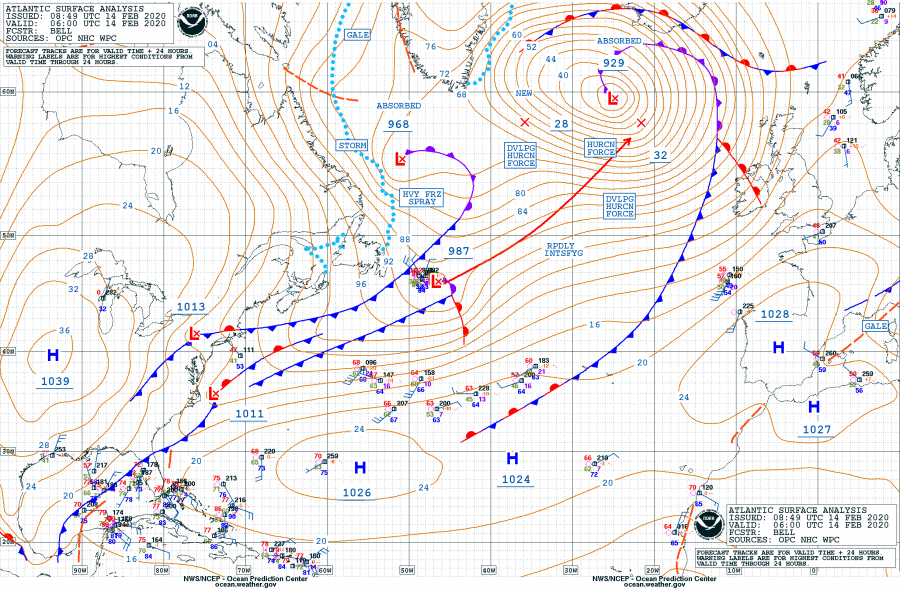 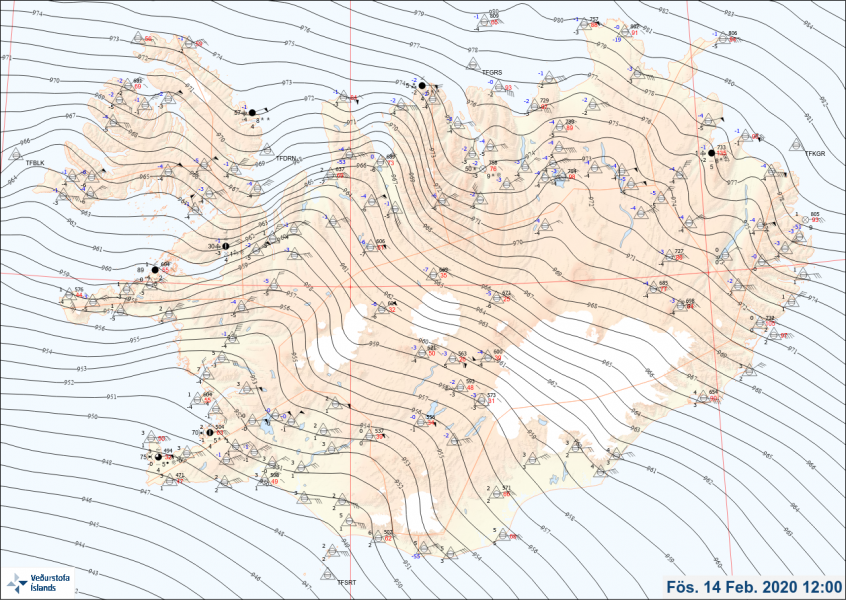 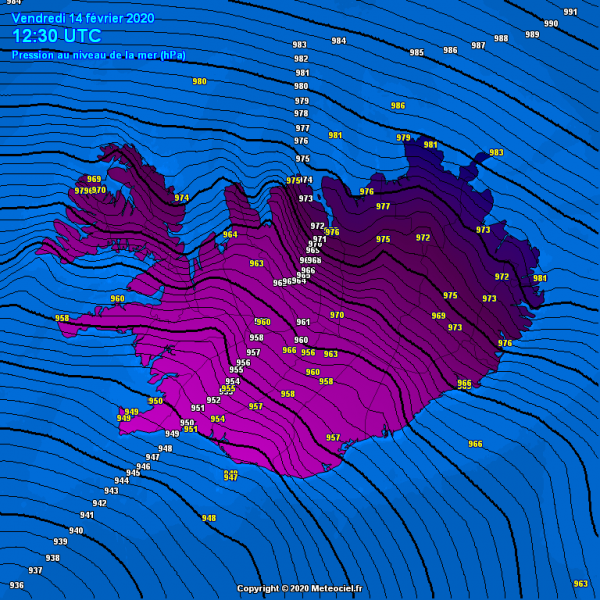 Based on the satellite imagery we can see the cyclone continues expanding in size while occluding. The central pressure will gradually be rising tonight, but a new system is already taking place to the east of Newfoundland and will introduce additional violent windstorms this weekend. 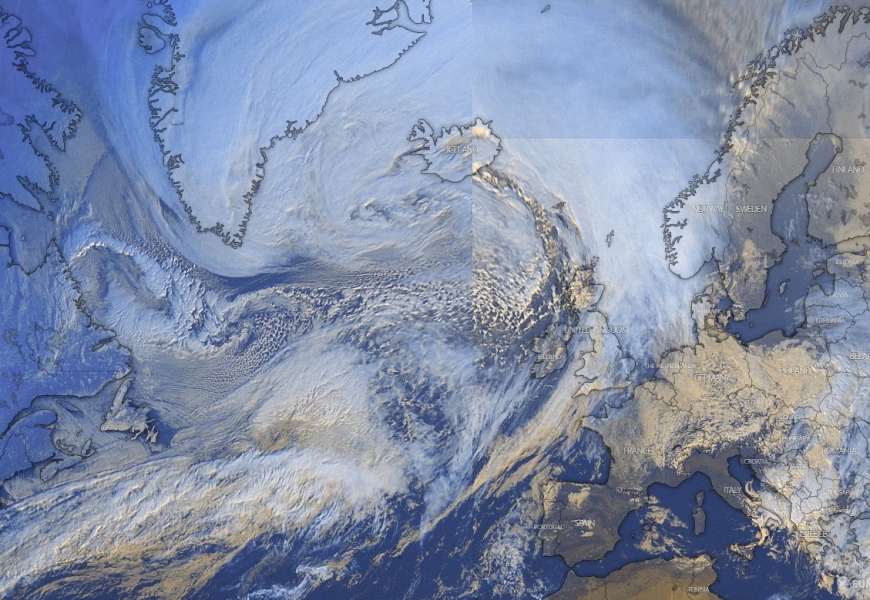 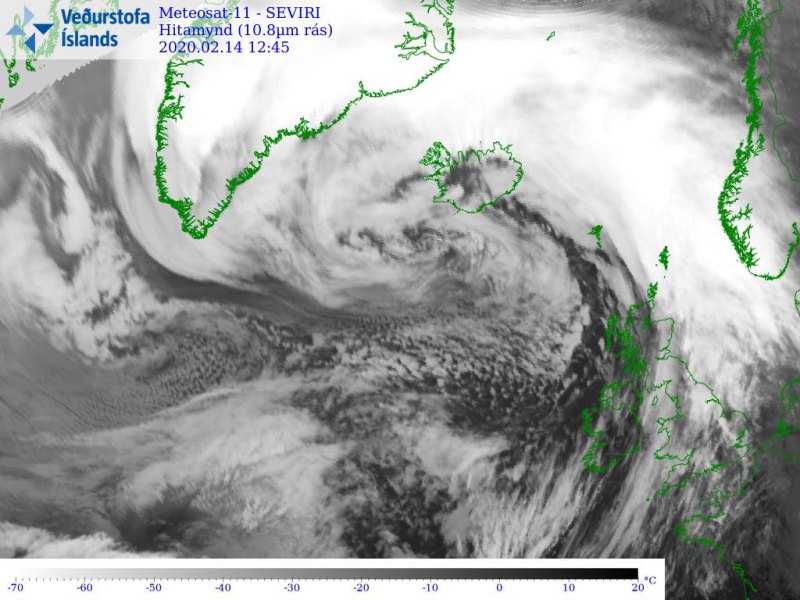 Additional even deeper cyclone is expected this weekend – a powerful windstorm #Dennis will spread towards western Europe. Here is the latest ICON-EU model peak gusts animation across the North Atlantic – violent winds are present around the featured cyclone today, but we can also see the newly developing windstorm #Dennis and major waves towards the UK and Ireland this week. Attached are peak gusts and waves animations: