Here is an updated discussion about the twins – two cyclones ongoing across the North Pacific since last night. The eastern system over the Gulf of Alaska has now dissipated while the western cyclone has become the perfect storm, with a textbook cyclonic structure! At the same time, another tandem of twins was ongoing over the North Atlantic with an explosive cyclogenesis over the Northwest Atlantic.

Feb 13th 06 UTC analysis revealed the cyclone is over the Aleutian Islands (Alaska), having the central pressure of 958 mbar. That is 24 mbar pressure drop through the past 24 hours, meaning the system has gone through rapid intensification, defined as the ‘bomb cyclone’.

Below is the past 36 hours analysis in 6-hour intervals, revealing how fast the system was deepening. We can see an intensification flattened as cyclone has reached its mature stage and is now expanding in size.

The satellite presentation is beyond exceptional! So perfect shape and cyclonic structure, the textbook warm conveyor belt wrapping into the core. 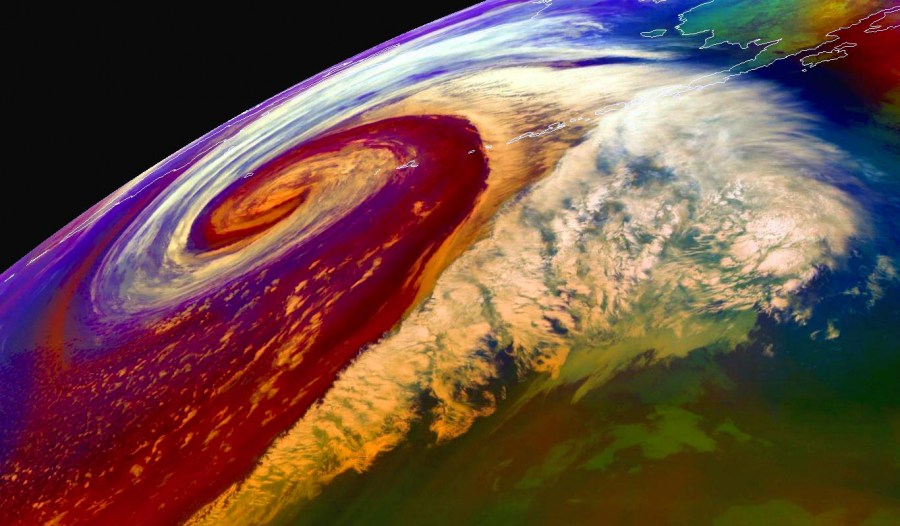 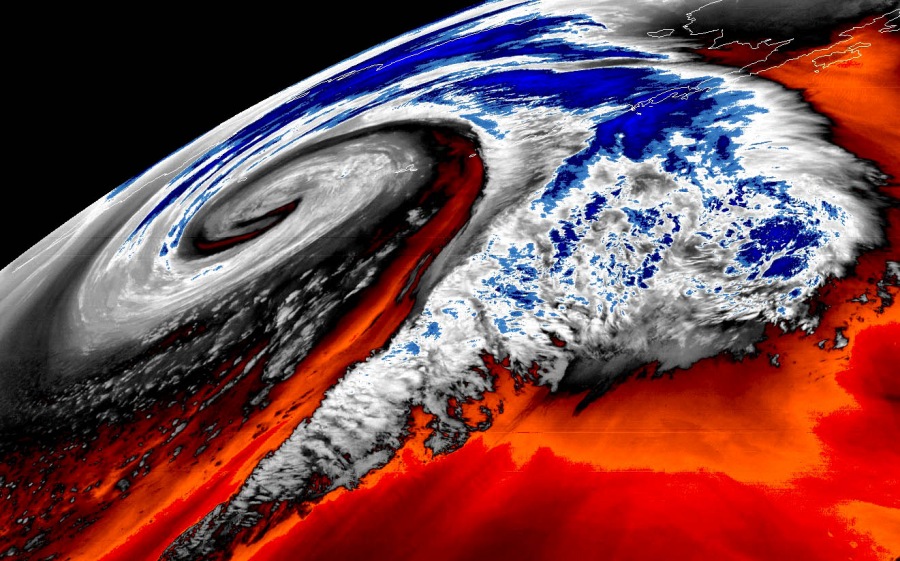 Here is last night’s satellite view of the twins, an impressive tandem of two deep cyclones ongoing at the same time:

The system should remain impressive to watch over the satellites today, while it continues gradually weakening. It will remain very large until the weekend and continue brushing the Aleutian Islands for another 36-48 hours.

And also some spectacular imagery of another bomb cyclone developing in the North Atlantic: