The third (3rd) day of extreme warmth across the southern half of Europe brought exceptional temperatures across Spain, southern France, and NW Italy. Dry Foehn winds have resulted in extremely high early February values with locally 26-28 °C peak afternoon temperatures. Turin and Cuneo in NW Italy reached almost +27 °C – the hottest temperatures ever recorded in Piedmont region (NW Italy) during winter! Southern Switzerland stopped at +24 °C while Valencia reported +28.4 °C! That is *exceptional* for this period. There will be the final day of extreme warmth tomorrow before colder air mass spreads from the north and brings back winter with snow cold into the Balkans through mid-week. 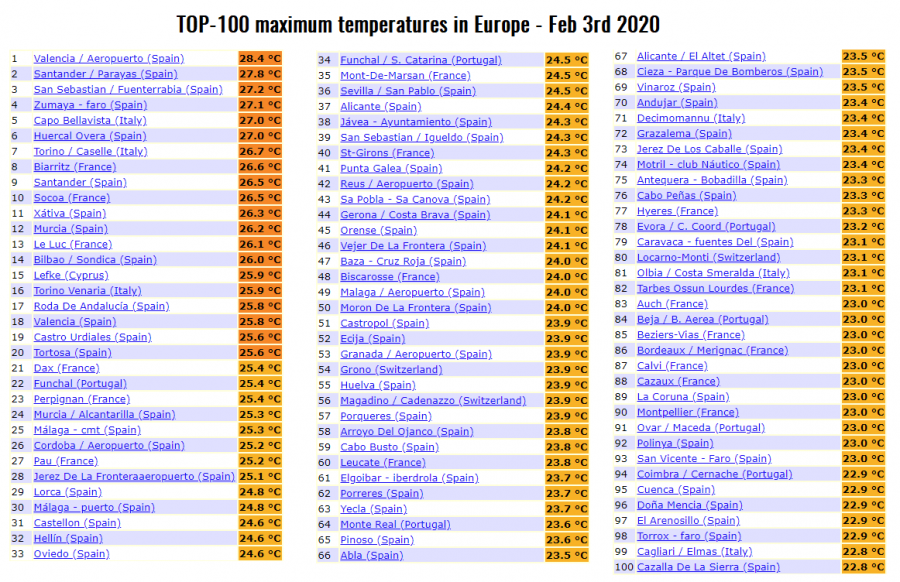 Over the Iberian peninsula the temperatures locally climbed even higher than in the previous two days, Valencia hit +28.4 °C! Santander / Parayas reported +27.8 °C, Huercal Overa, and Zumaya – faro hit +27.3 °C. The Italian station Capo Bellavista (on the eastern part of Sardinia island) hit +27.0 °C and Torino / Caselle reported +26.7 °C! Also, southern France was exceptional – Biarritz hit +26.6 °C! Foehn winds also brought a remarkable +23.9 °C to Grono and Magadino / Cadenazzo in southern Switzerland. It was also very warm all over the Mediterranean and most of the Balkans again, except some of the lowlands/valleys where thermal inversion was holding temperatures lower – many stations reported 18-22 °C.

Peak daytime temperatures across Europe with regional maps as well: 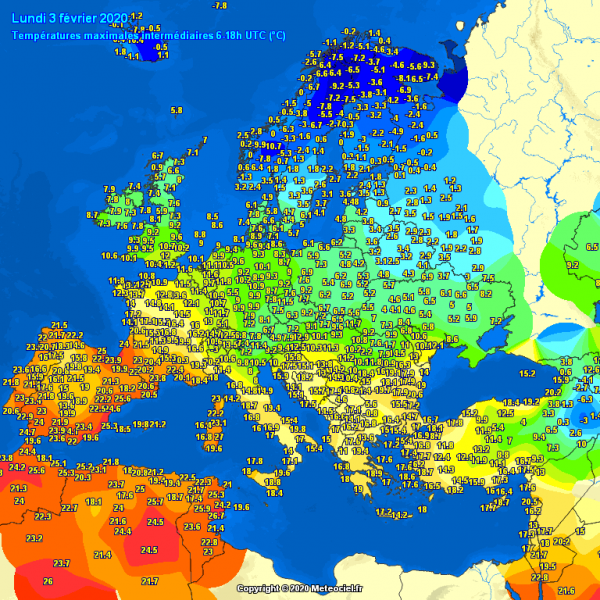 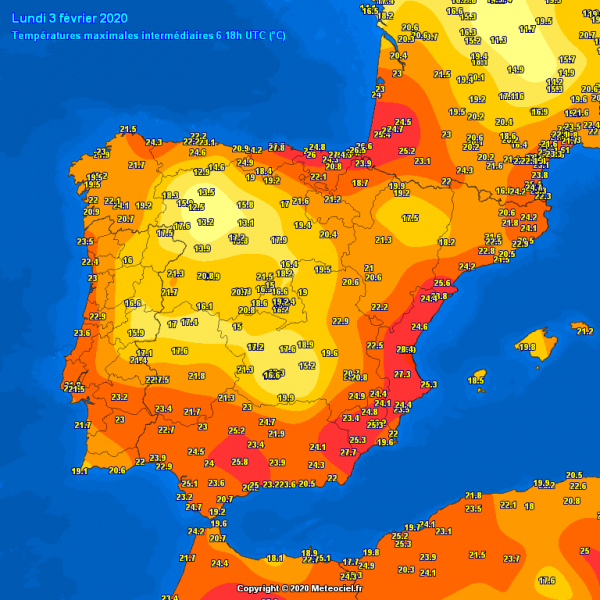 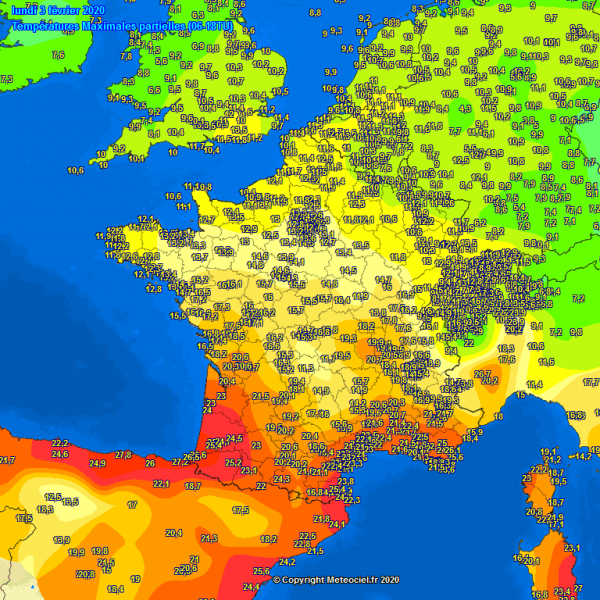 Zoomed maps over southeastern and southwestern France; +25 to almost +27 °C in some areas! Notice also +27.8 °C in Santader, N Spain where southerly Foehn winds have helped temperatures to reach such high values: 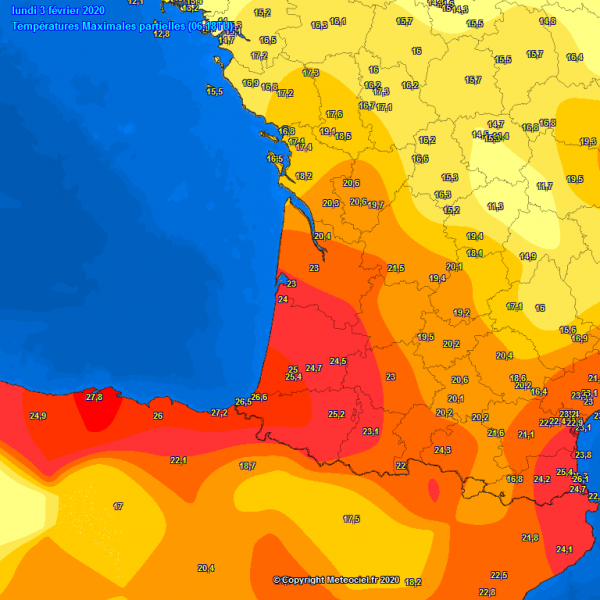 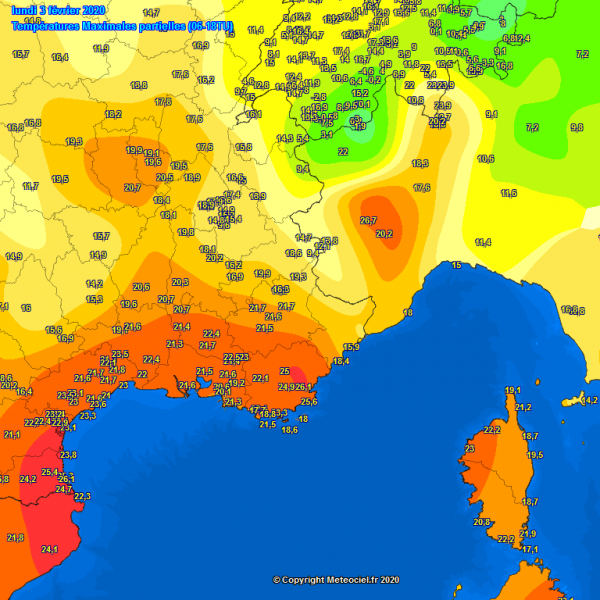 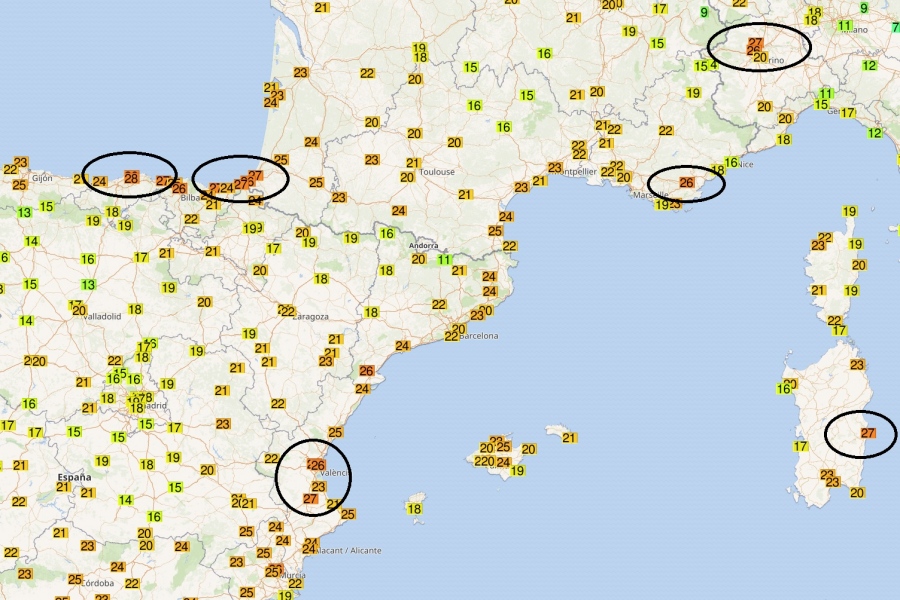 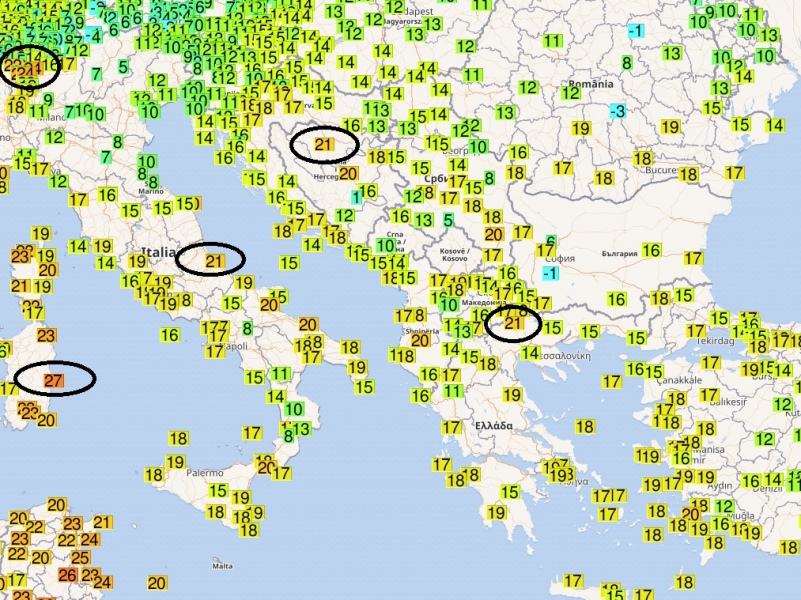 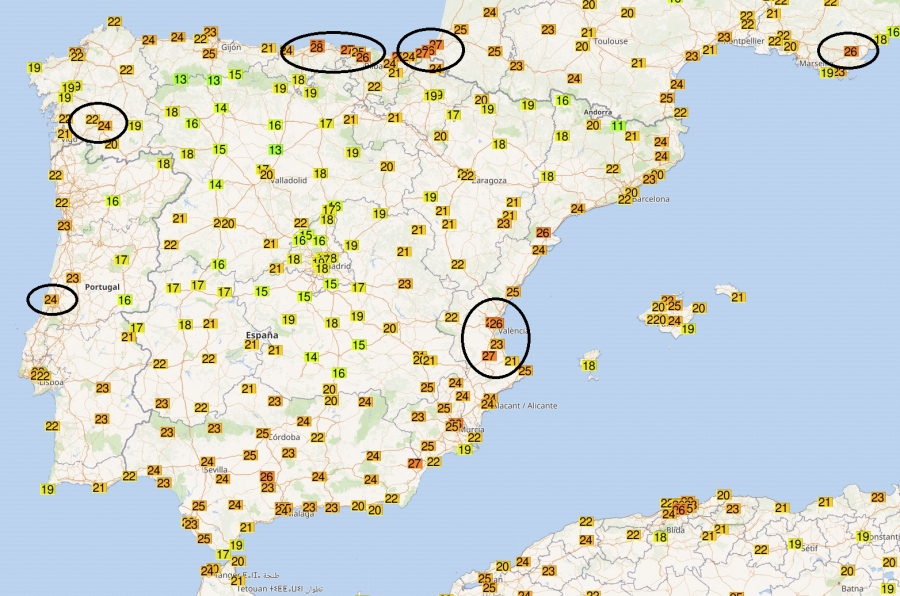 Tomorrow will be the final day of this 4-days extreme warmth, then cold airmass replaces the heat. Here is the initial forecast discussion: