Once again we have a large system ongoing over the Atlantic. The former rapidly deepening extra-tropical cyclone crossing the Newfoundland last night, has significantly deepened until this morning while drifting further north into the Labrador Sea. It appears quite spectacular on the satellite imagery. Central pressure was 957 mbar at 12 UTC today, Feb 3rd. The system has become very large with a textbook cyclonic structure. Hurricane-force winds have developed along southern Greenland. It is near its peak today and will continue moving north tonight and gradually weaken tomorrow. 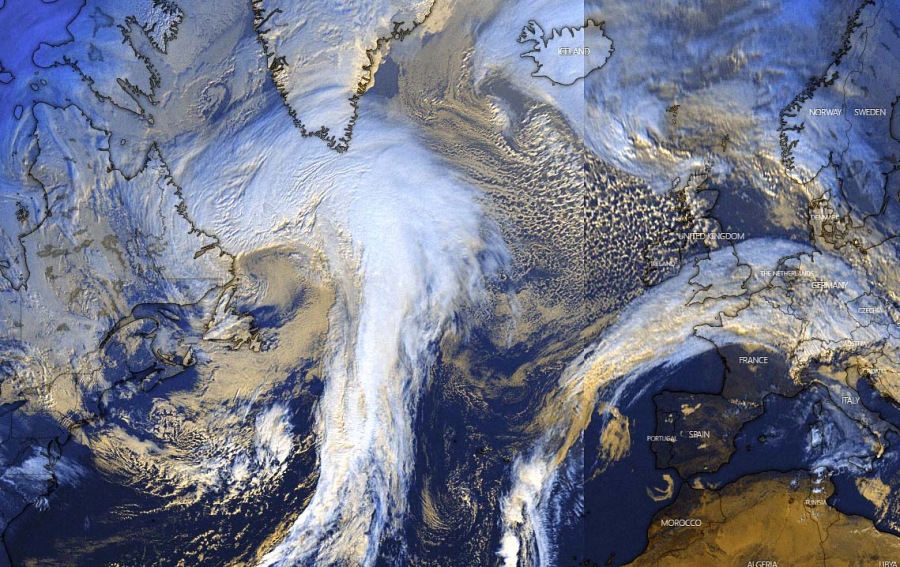 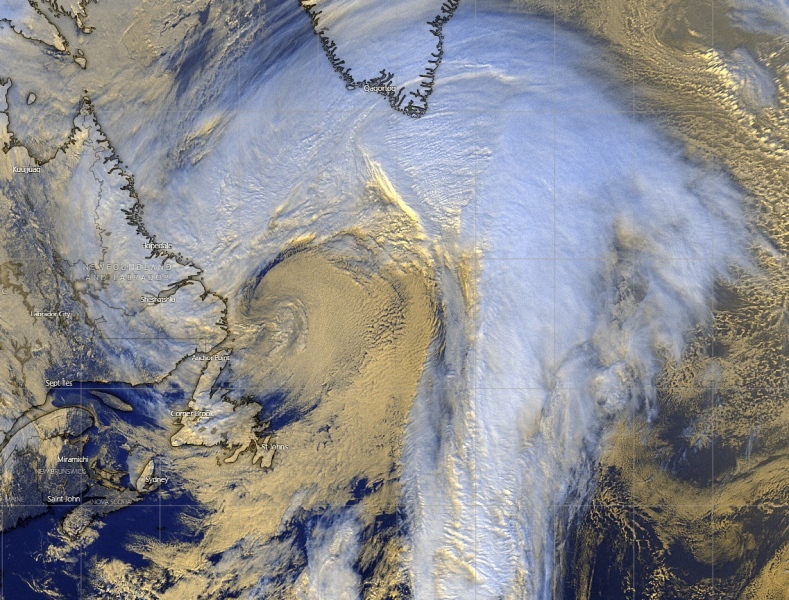 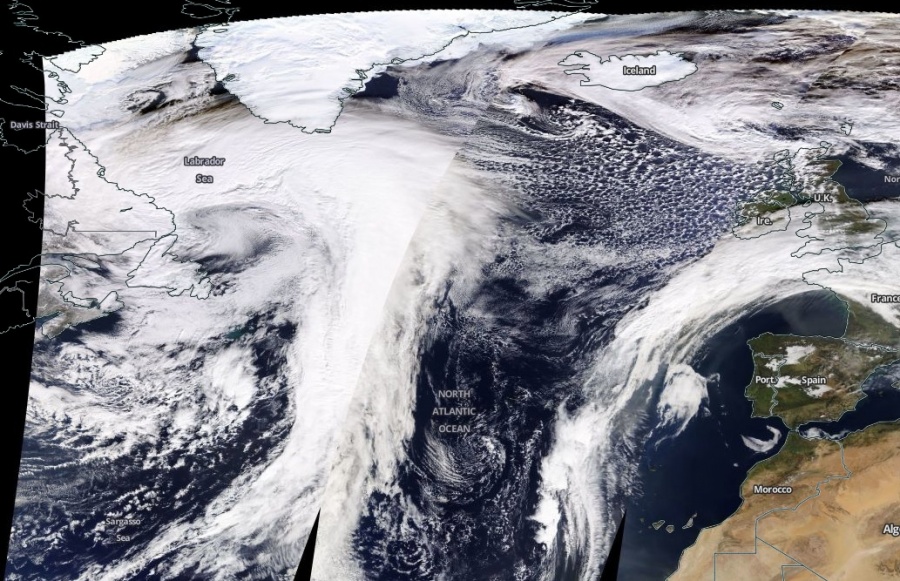 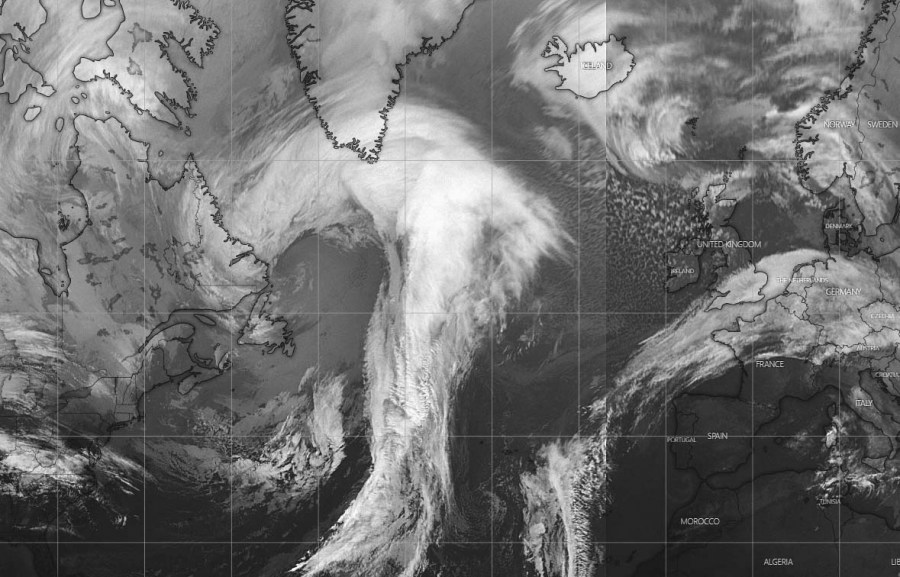 As of 12 UTC today, Feb 3rd, the cyclone’s minimum central pressure was 957 mbar, located just due north of Newfoundland. It crossed the islands overnight with significant pressure change/drop. 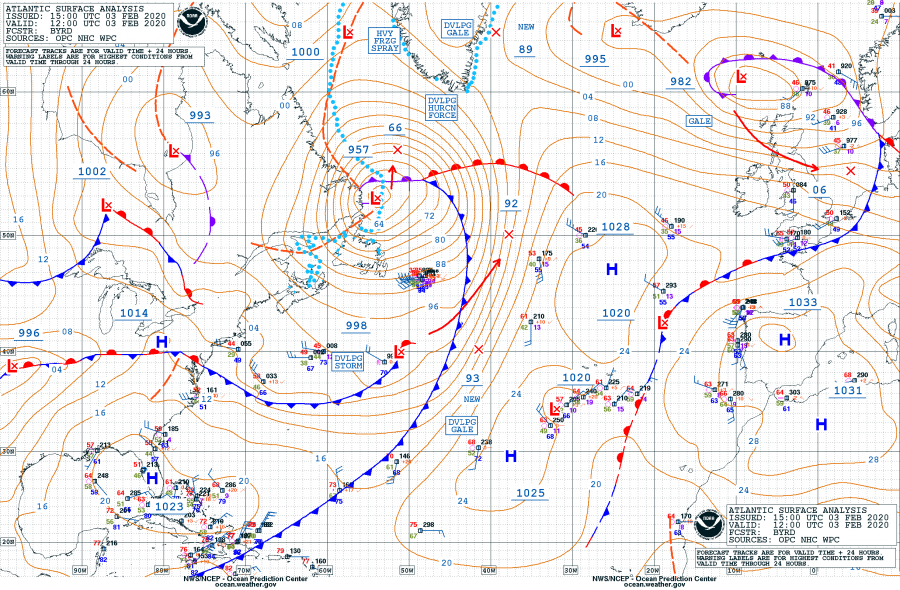 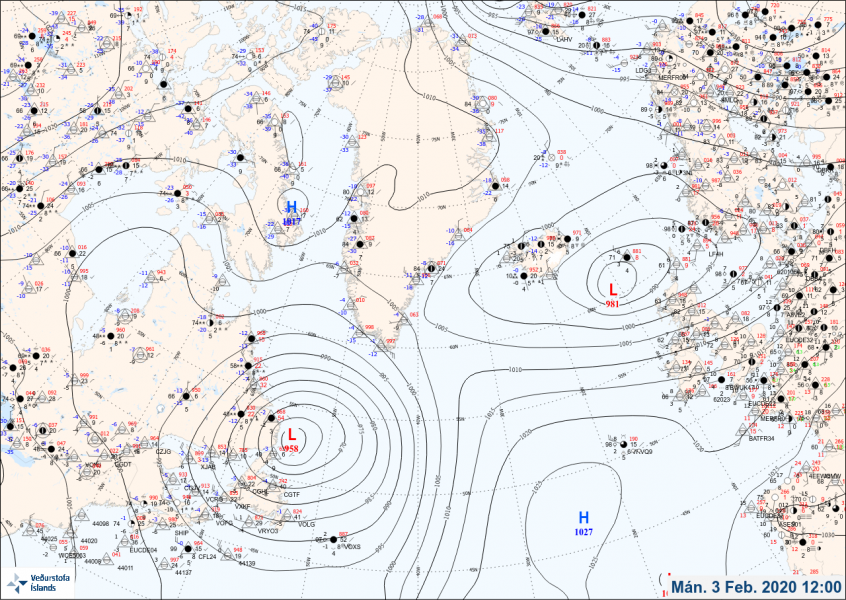 The system has formed with deep upper-level wave ejecting eastern Canada into the Northwest Atlantic. Tonight, the core of the wave weakens while drifting north. We can also see a strengthening upper-level ridge further east towards Europe. 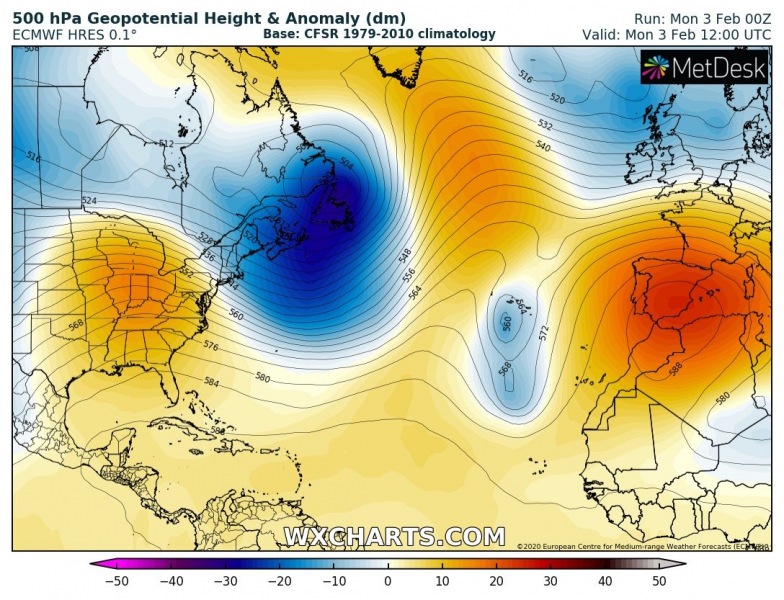 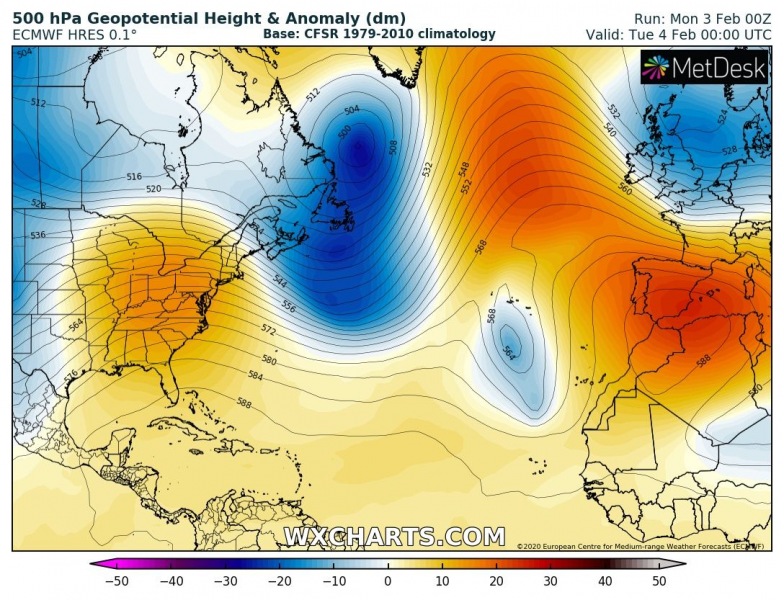 Simulated infrared satellite by GFS model – it is quite likely we will be seeing even more impressive structure of this cyclone tonight and tomorrow morning when it will be centered over the southern Labrador Sea: 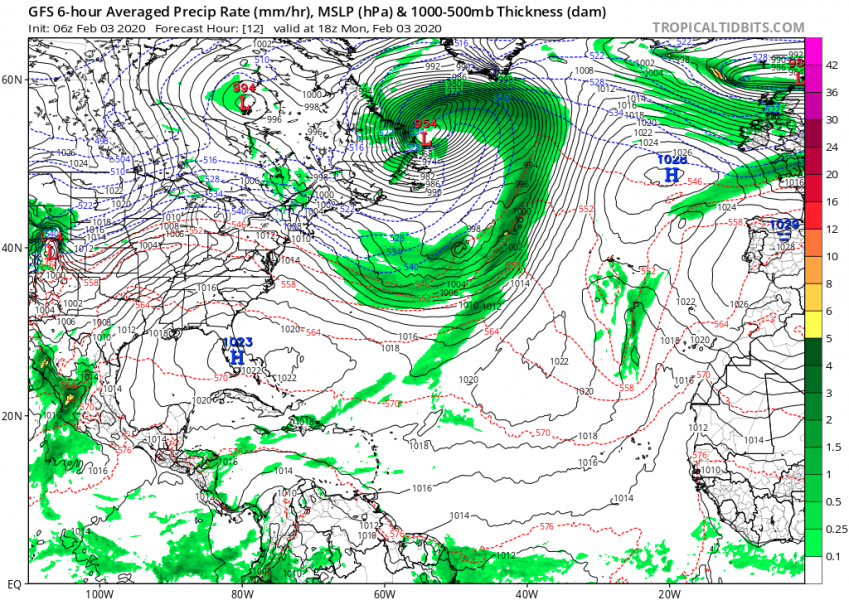 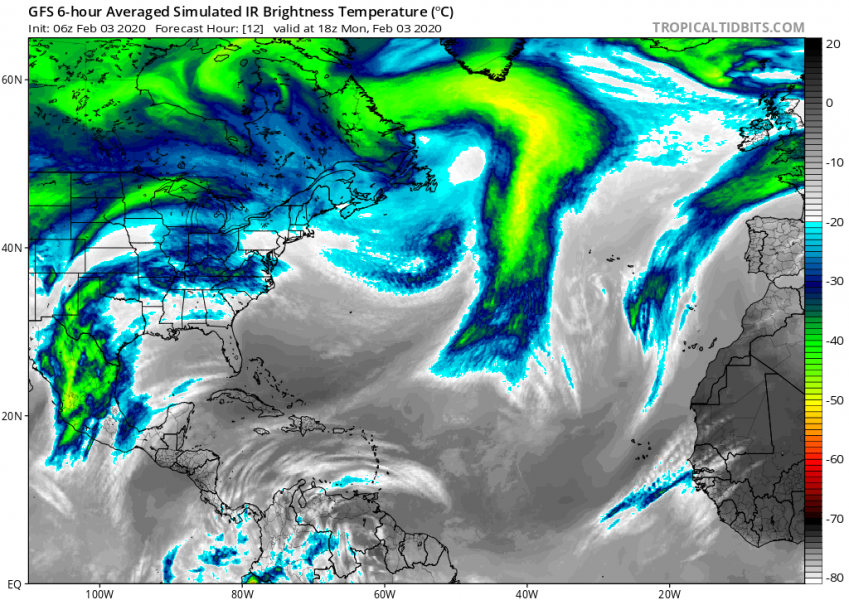 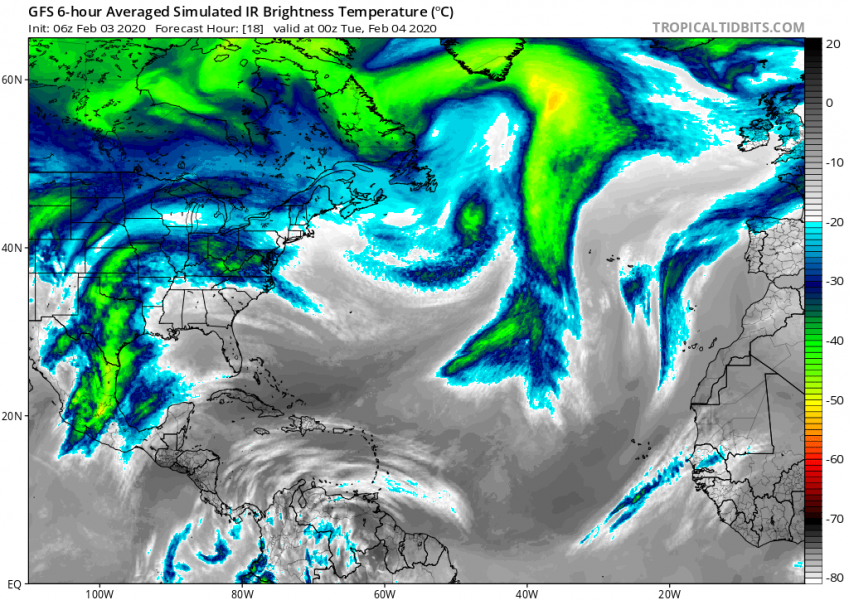 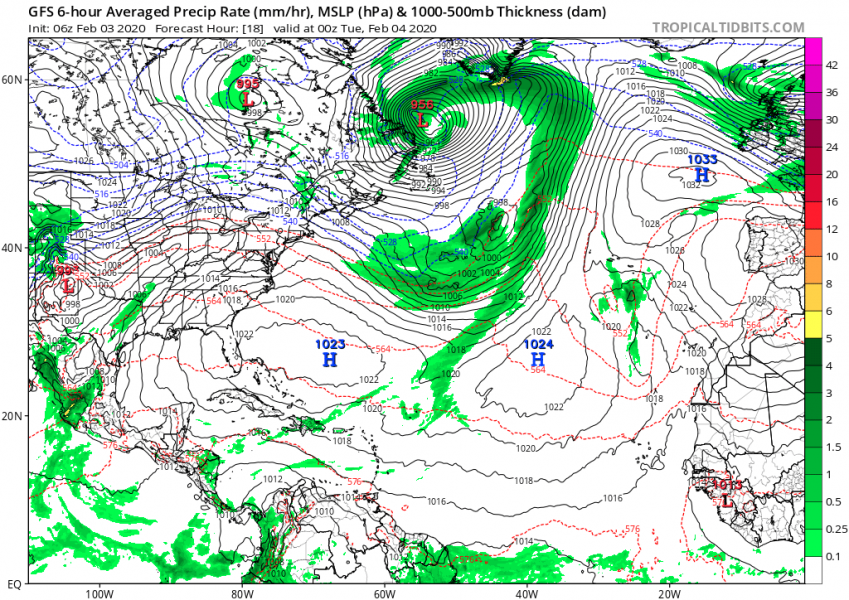 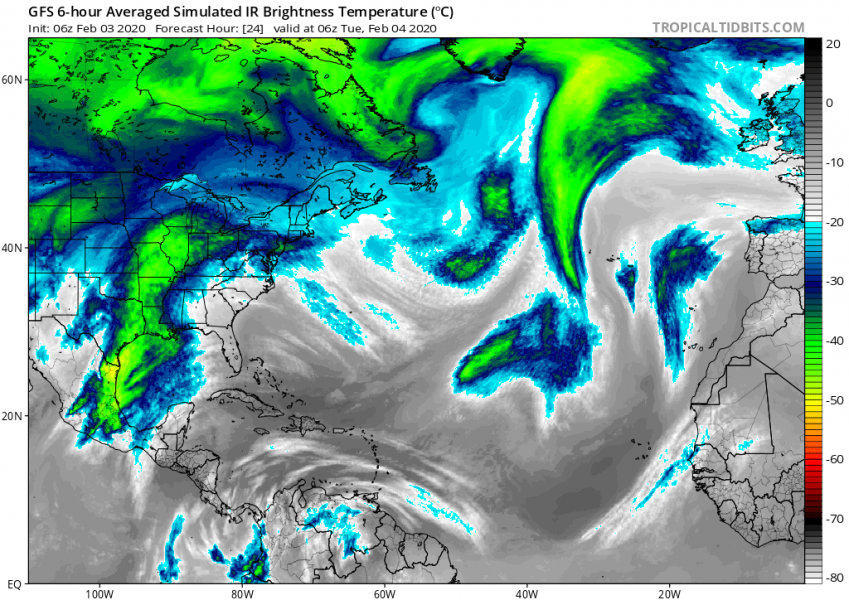 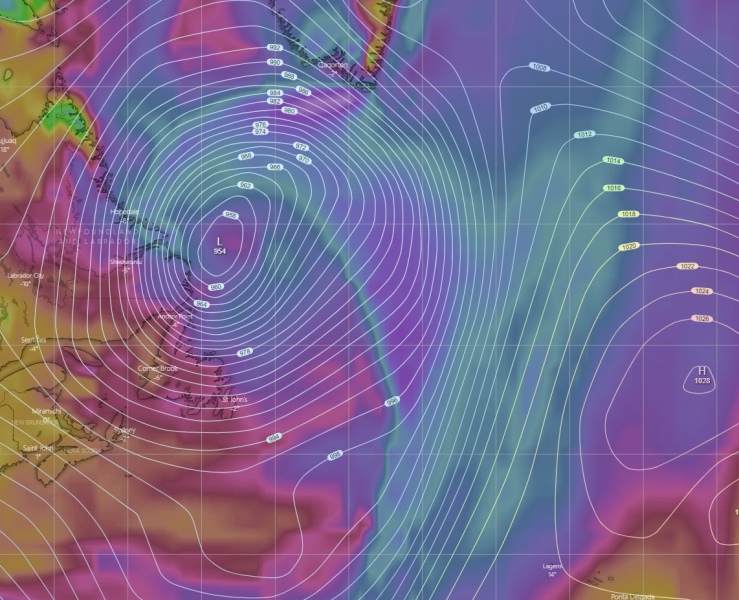