After a very warm Saturday, also Sunday was again a very warm day across the southern half of Europe – temperatures locally climbed into 23-26 °C range in the afternoon. Balkans and the Mediterranean up to +22 °C. Two more warm days are expected over the region before colder air mass spreads from the north and brings back winter with snow cold into the Balkans through mid-week.

The TOP-30 highest temperatures across France, Spain and Portugal on Feb 2nd, 2020: 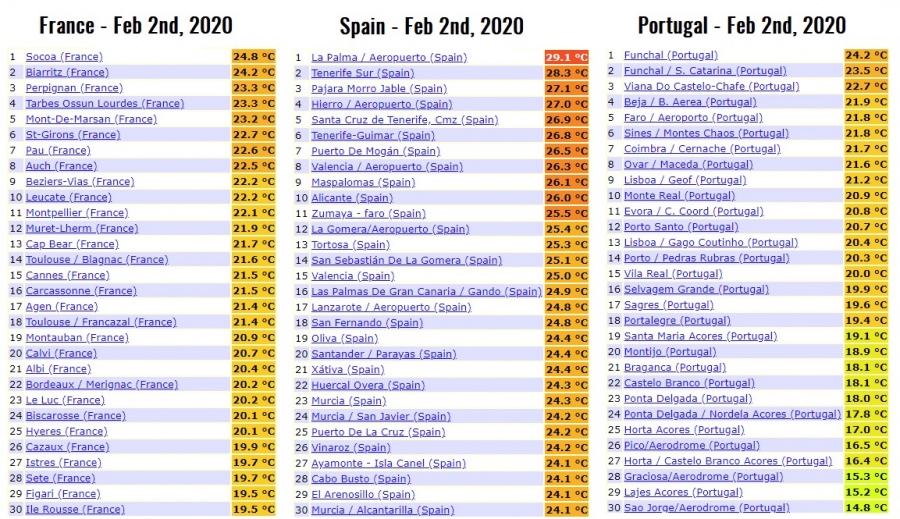 Over the Iberian peninsula the temperatures locally climbed into 23-26 °C range in the afternoon. Dry Foehn winds from the Pyrenees down into south-southwest France resulted in very warm temperatures as well, locally up to +25 °C! Northern Spain with similar conditions also into 23-25 °C. Sardinia, Corsica and Sicily 19-21 °C, southern Balkans into the 18-20 °C range as well. Low to mid-10s across southern England, northern France, and Benelux. Northern Balkan countries peaked up to +20.6 °C in Banja Luka (BiH), +19.0 °C in Karlovac (Croatia), +18.0 °C in Crnomelj (Slovenia), +17.0 °C in Baja (Hungary) +16.1 °C in Eisenstadt (Austria)…

Peak daytime temperatures across Europe with regional maps as well: 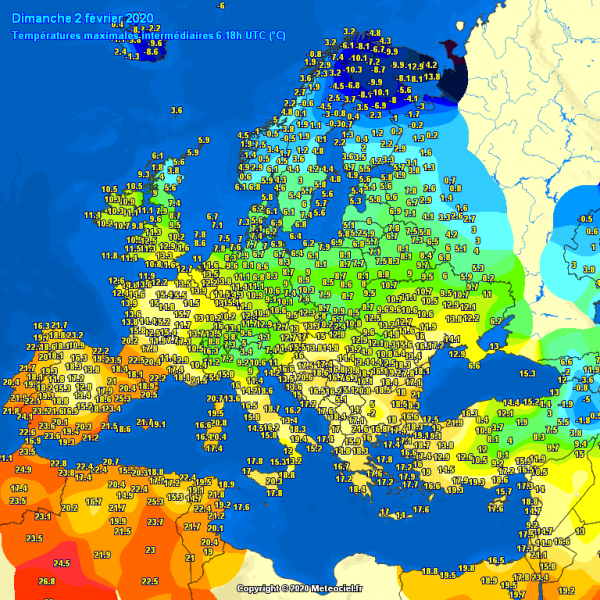 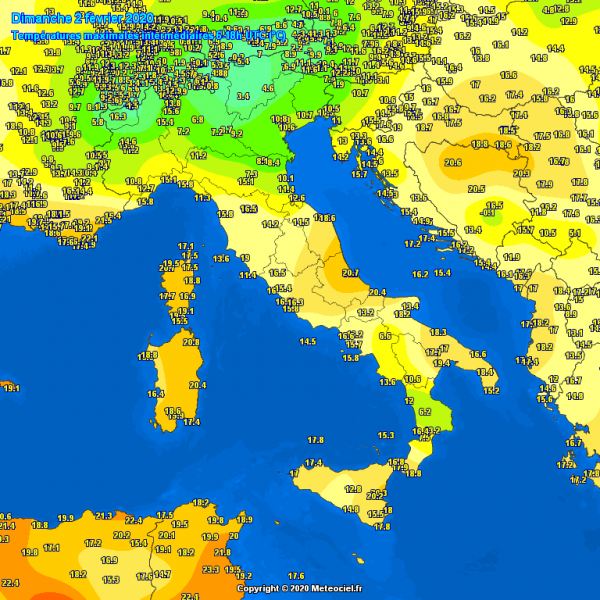 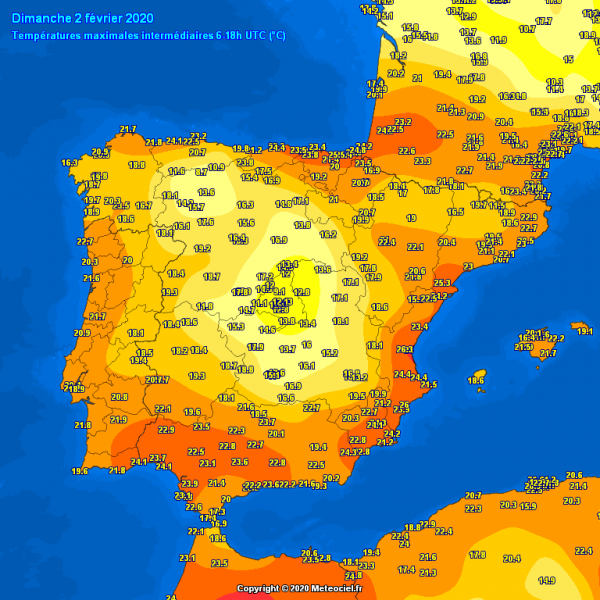 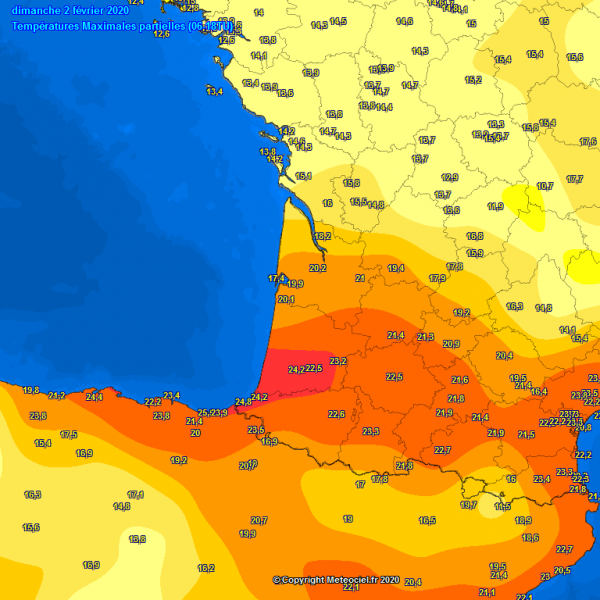 Here are close-up views over the Mediterranean and the Balkans, Western Europe and the Iberian peninsula: 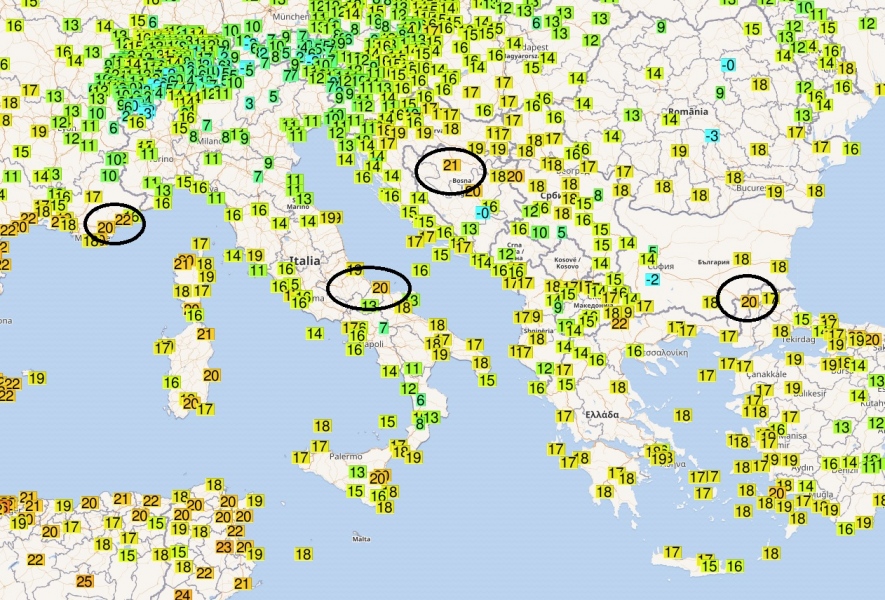 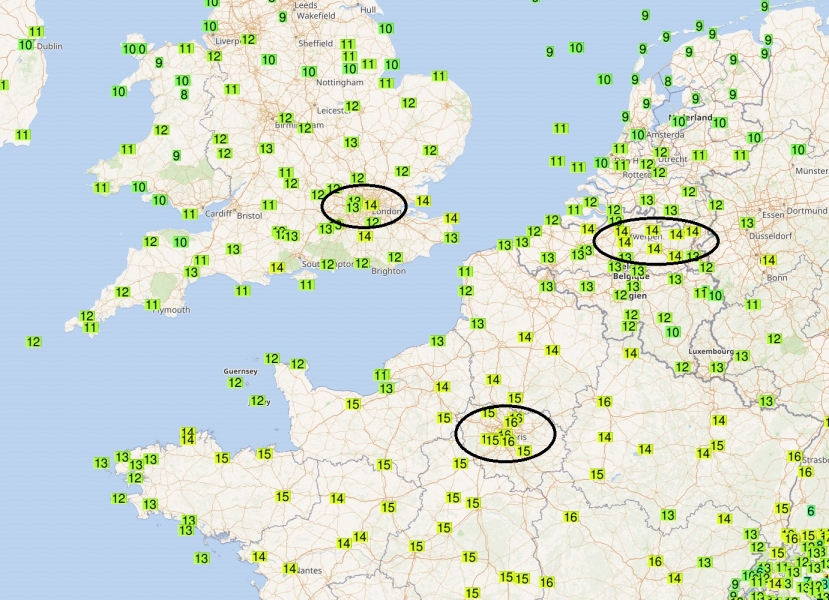 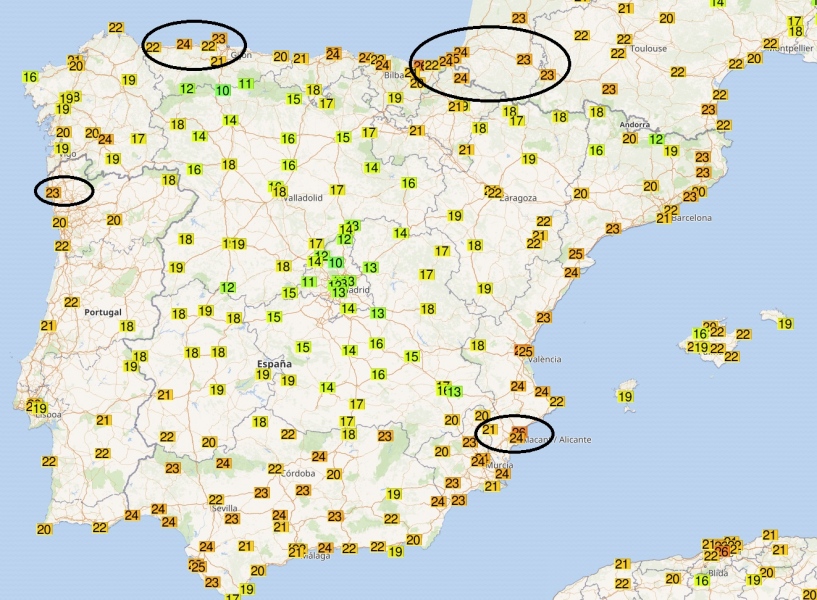 It will be another very warm day across south-central Europe and the Balkans tomorrow and partly also on Tuesday – please refer to the primary discussion for the forecast details: