Southeast Australia is burning – record-breaking temperatures, extended drought and strong winds have converged to create disastrous fire conditions across New South Wales (NSW) and Victoria (VIC). A significant increase in extremely dry northwesterly winds and intensifying heatwave through the next 48 hours will create ingredients for a catastrophic increase in fire danger tonight (Friday) and tomorrow (Saturday) local time. Chances are rising fires will merge into large firezones that wouldn’t have much room or chances to stop until they burn to the coast, prompting unprecedented evacuation of 60.000+ residents in coastal Victoria and New South Wales. At least 18 fatalities have been reported so far and more are missing. Catastrophic death toll among animals.

As we discussed last month, an extreme and record-breaking heat has hit much of the country through mid-December when Australia also recorded its hottest day on record, with country’s average highs of 41.9 °C on Dec 18th.

The extreme heat has followed the driest spring on record this year as both New South Wales and Queensland (eastern half of Australia) have been experiencing a lack of rainfall since 2017. More than 40.000 km^2 have burned in New South Wales, destroying around 1,000 homes already. Currently, there is around 90 fires raging across NSW and around 30+ more across the south VIC. In total, more than 120 dangerous fires are ongoing and more are expected!

The developing pattern across Australia reveals a strong ridge across the south-southeast parts, gradually drifting east ahead of a deep trough entering from the southwest this weekend. The approaching frontal zone will increase winds through the lowest layers into west-northwest across New South Wales and Victoria, meaning the very hot and dry air mass advect from the dry deserts towards the coastal areas (where fires are ongoing in southeast Australia). The significant increase in winds and drier air mass advection will worsen the fire conditions, becoming extreme to catastrophic as both extreme heat and increasing winds will create explosive conditions for supporting extreme fire behavior, including their rapid and unpredictable spread. Similar fire conditions are often fatal. 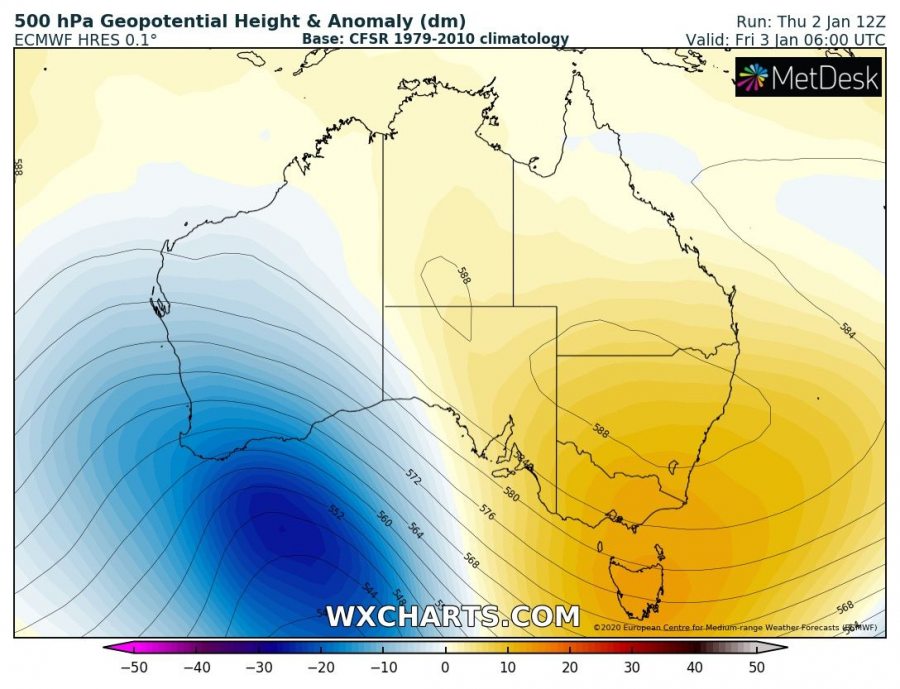 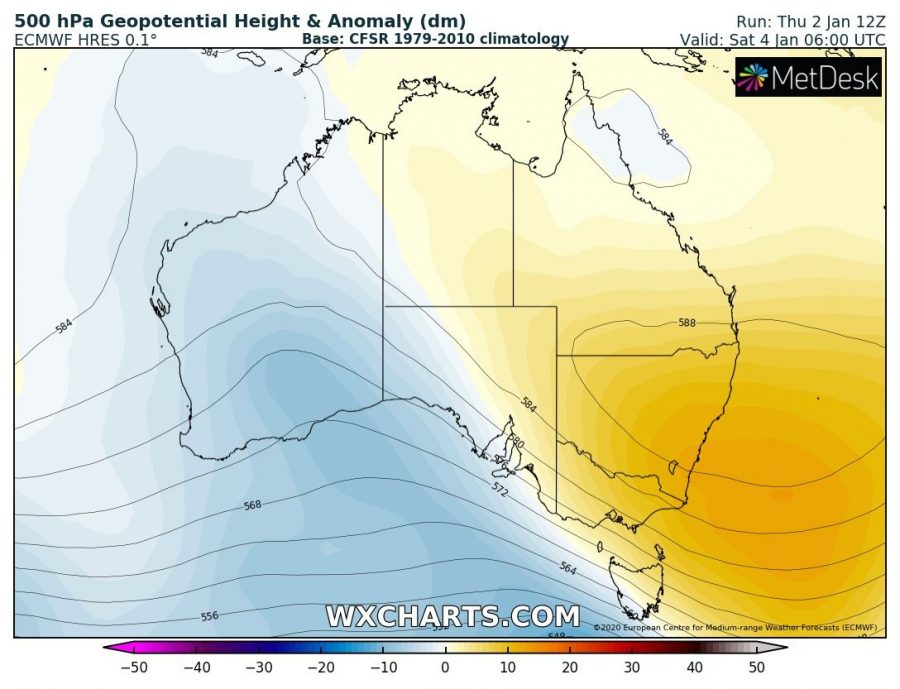 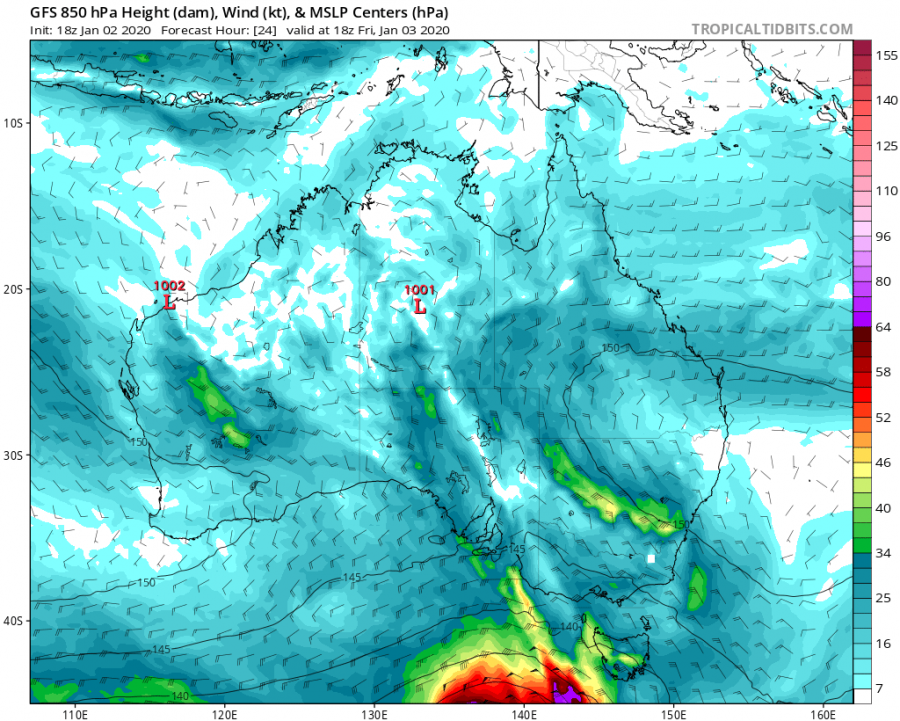 An exceptional view of the smoke is seen over the satellites today, extending extremely far east from the southeast Australia into the Pacific ocean, reaching New Zealand – which is 2500 km away, and even extending much further east. Attached is the Sentinel-2 satellite close-up view of the raging fires, where we can also see the powerful pyrocumulus clouds. 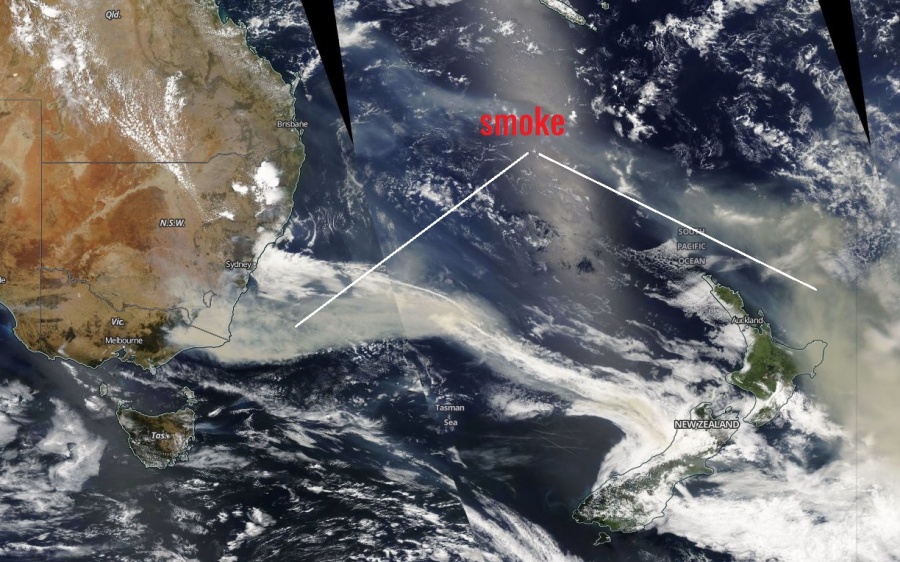 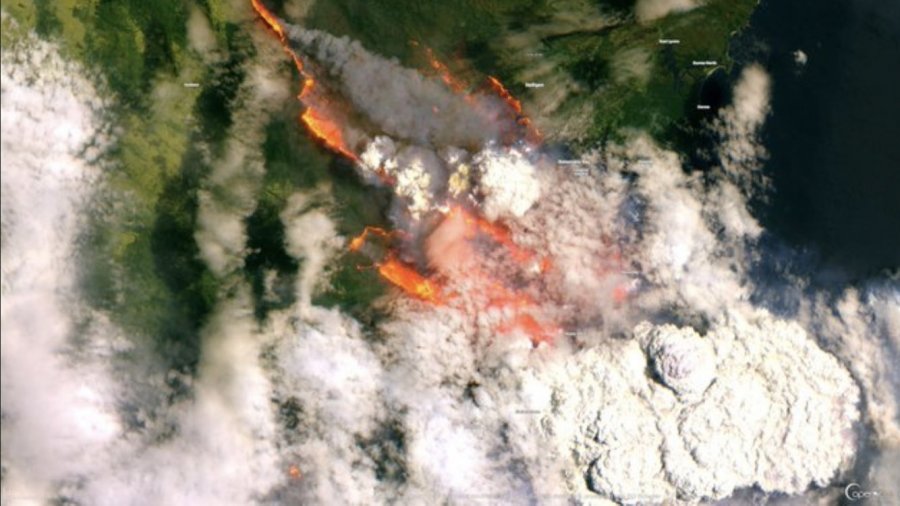 The heatwave has increased again this week across southeast Australia, with temperatures expected to reach into the mid-40s again through Friday and Saturday, Jan 3rd and 4th. 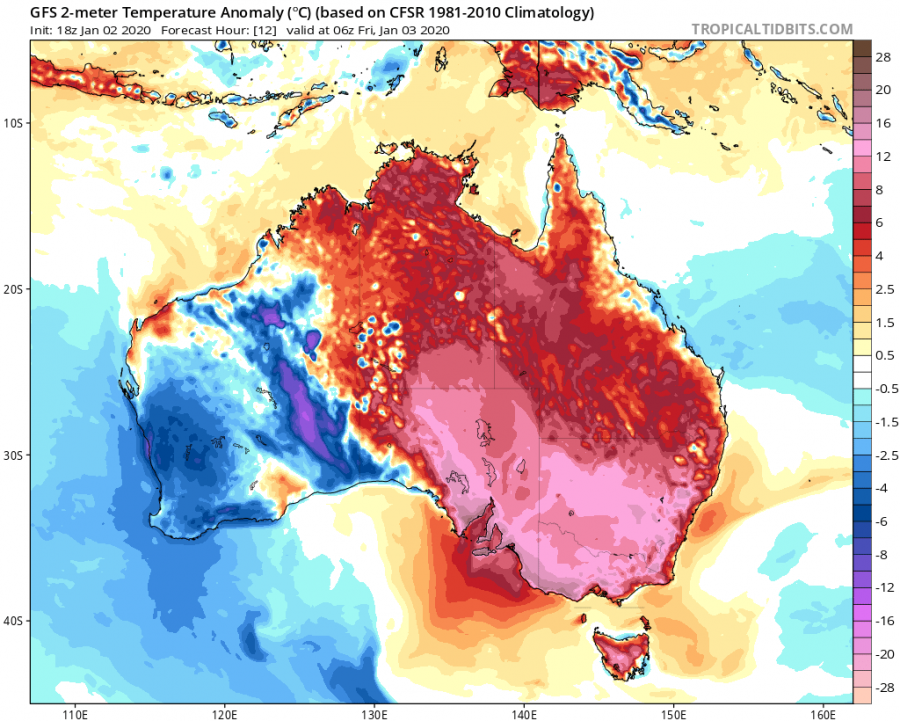 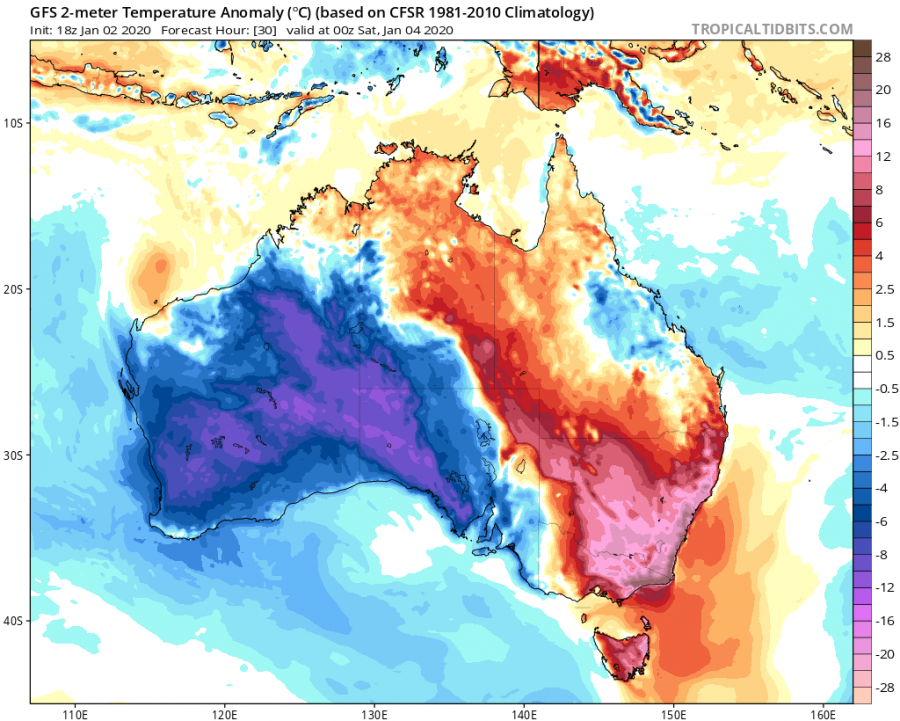 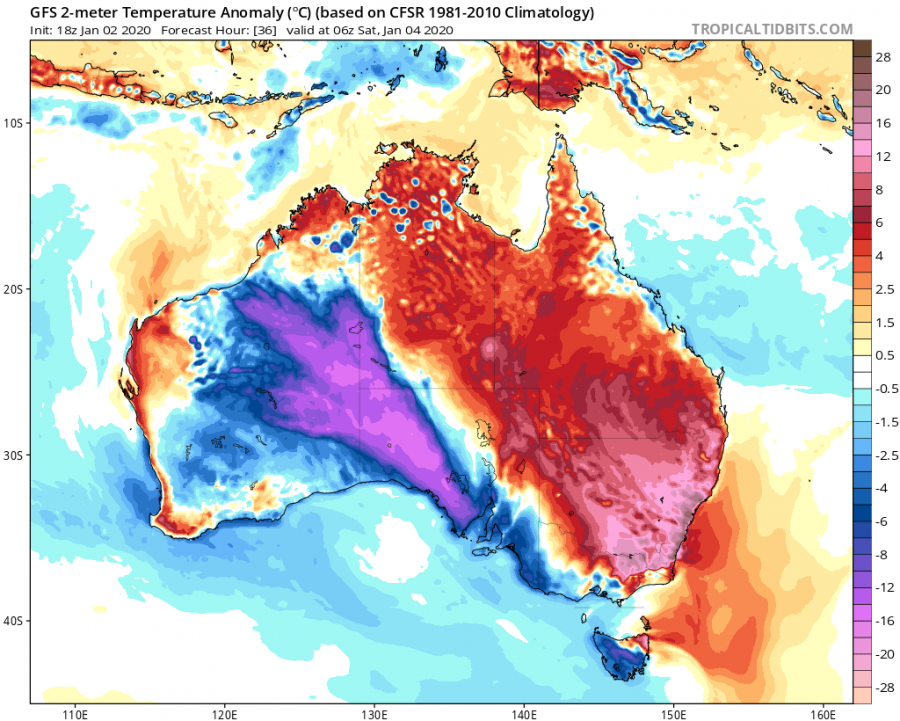 Here is a zoomed-in view of southeast Australia on Saturday afternoon, locally up to around 45 °C. Notice the extreme scorching heat is expanded across much of New South Wales with even more terrifying feature to me aware of – northwesterly flow across the land, pushing extremely dry airmass and strong winds into the fire zone which will help fires to expand within developing explosive conditions. 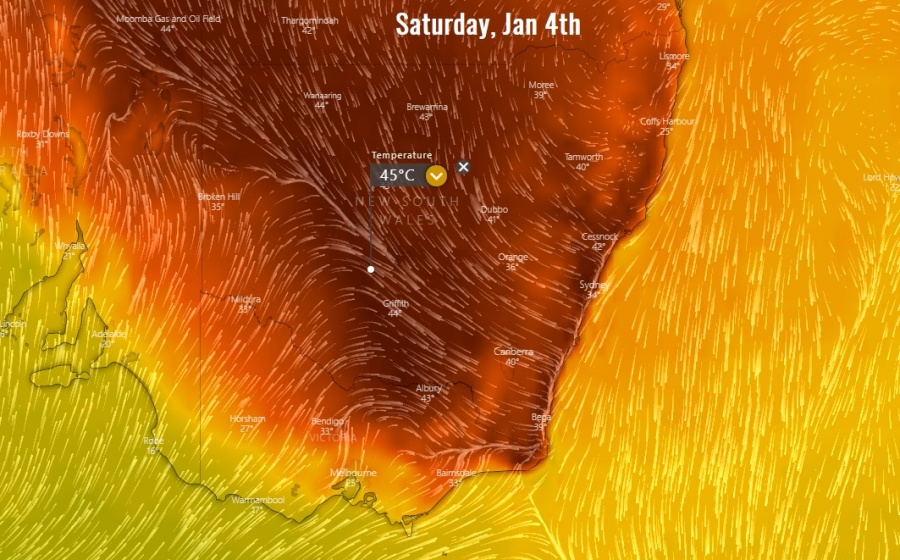 Stay tuned for further updates tomorrow – we will have model updates on the exceptional extent of smoke and additional info about the increasing fire threat.