A severe situation is setting up for the south and south-east part of Australia, as an intense heatwave is about to move through, raising maximum temperatures to near 48-50°C. The heat will be partially limited in the coastal cities, due to the cooler sea-breeze, but still intense due to the urban heat island effect.

We wrote about this upcoming heat wave almost 10 days in advance. The models were forecasting this situation very well, with the final results now being even more severe than they were forecast 10 days ago. The heatwave is currently moving across the central and southern parts. Many maximum temperature records were broken already, as reported by the BOM (Bureau Of Meteorology), the official weather service in Australia. Large part of the continent has already seen temperatures over 42°C in the past week. The main culprit is the high pressure system, that brings hot and dry airmass over the continent, combined with strong diurnal solar forcing. 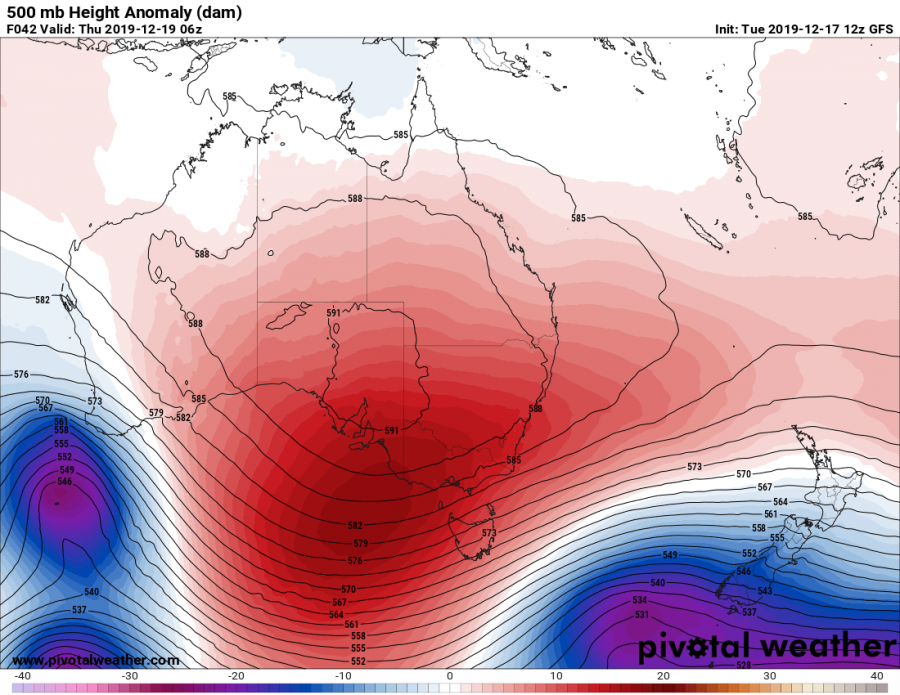 Soz @HeatBBL, but #BrisbaneHeat came early to #Qld & these hot spots in the SE have likely broken Dec records! Do we sound like a broken record too? Some records were only set days ago! Cooler in #Bne tomorrow for better cricket weather – you'll have to #BringTheHeat yourselves! pic.twitter.com/2pqcVkOfpO

Wednesday will feature very high temperatures over the majority of the continent, with maximum temperatures reaching over 45°C in the northwest, and nearing 47°C in the central and southern parts. 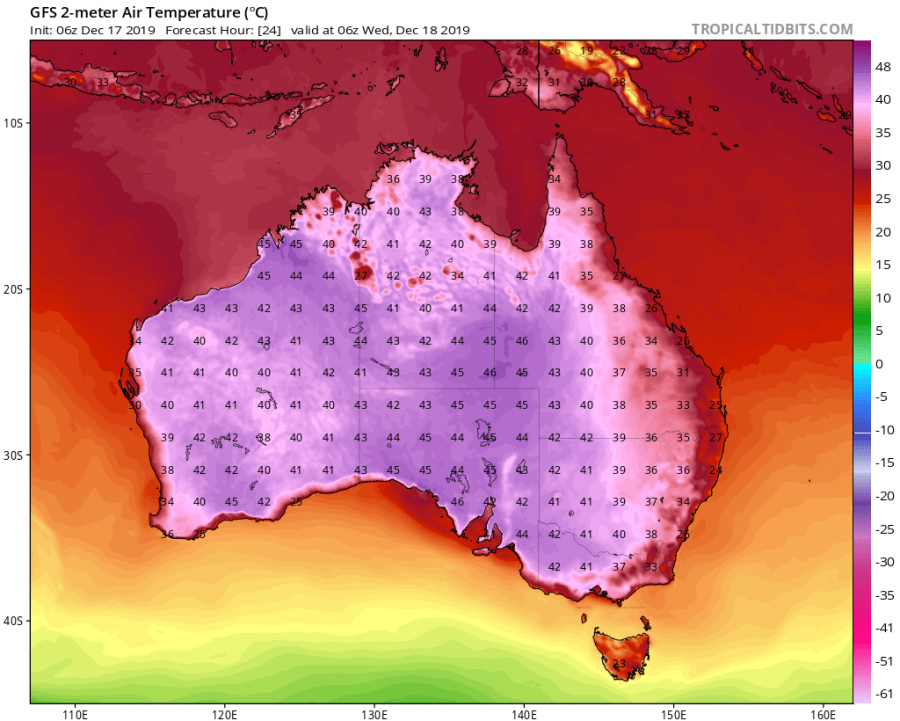 The heatwave is expected to reach its peak on Thursday, with severe to extreme heatwave conditions being forecast for southern parts of the continent. Maximum temperatures are expected to rise above 47°C, reaching near 50°C in some places in the south and southeast. Some other model forecasts even show maximum temperatures over 50°C in some places. 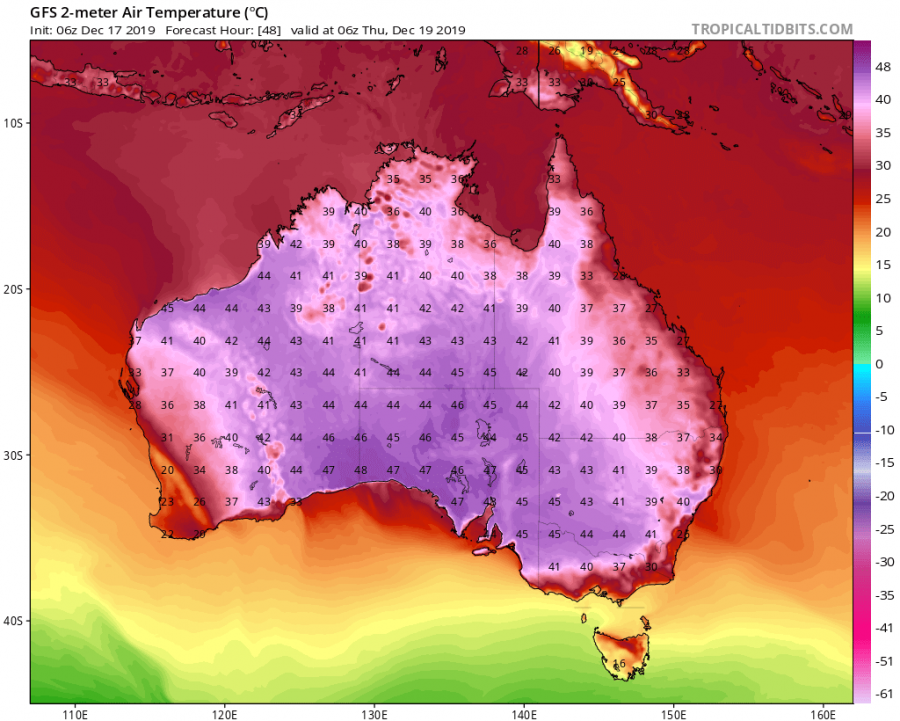 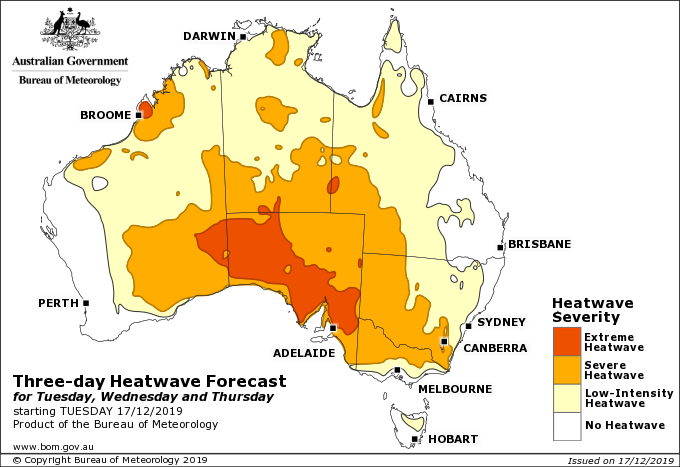 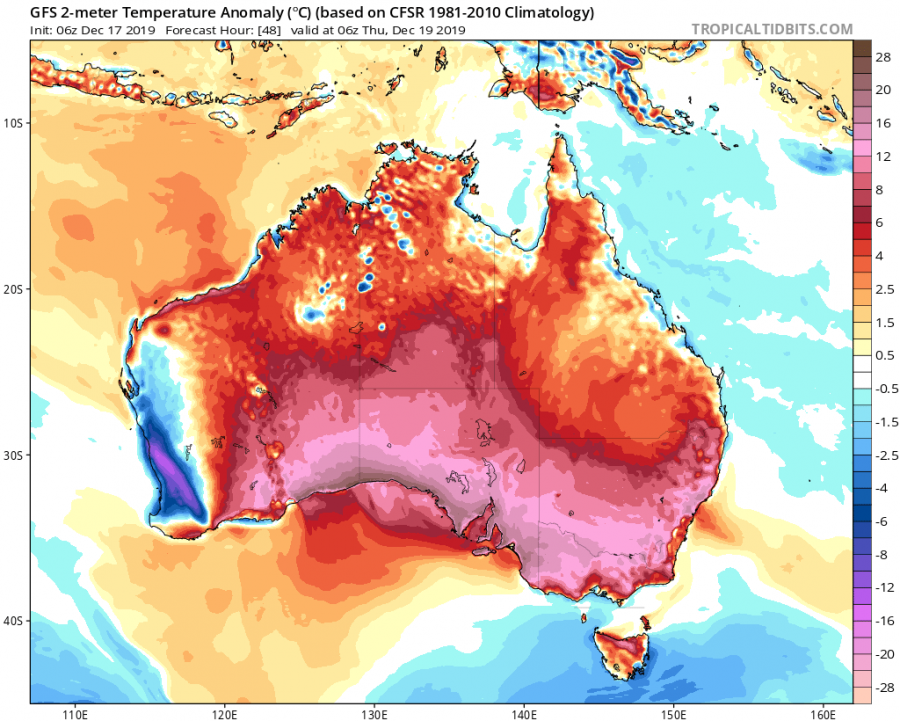 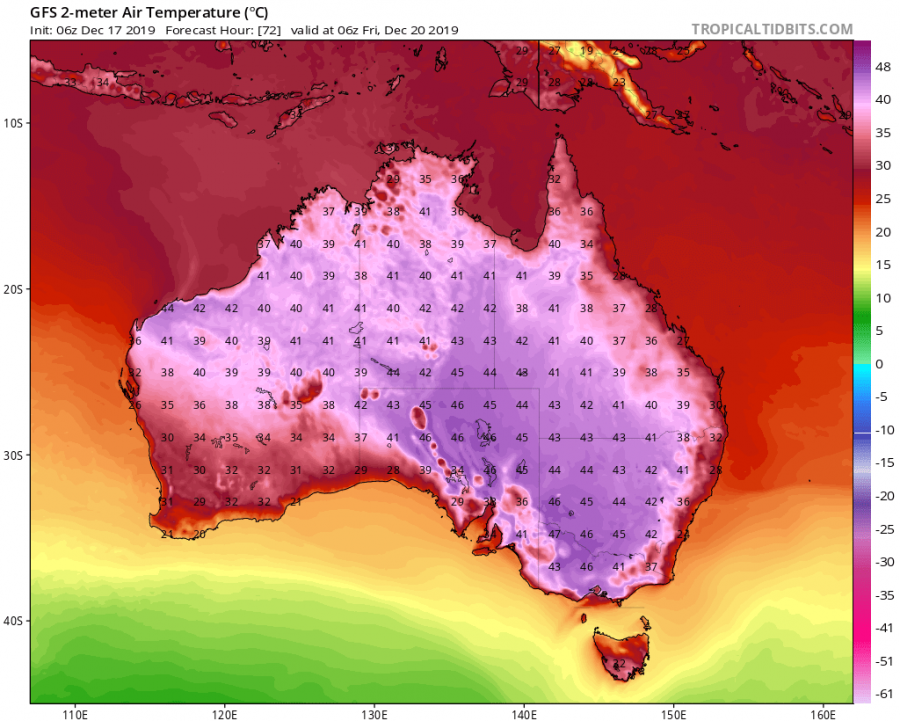 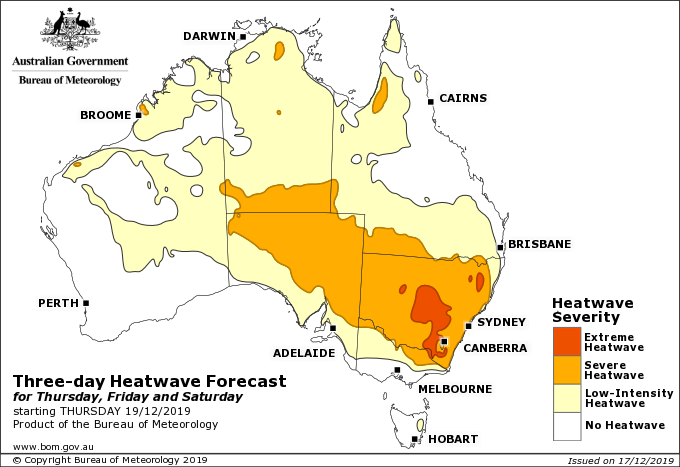 Meteorologist Dr. Adam Morgan gives us an update on the heatwave conditions sweeping from west to east through the week. 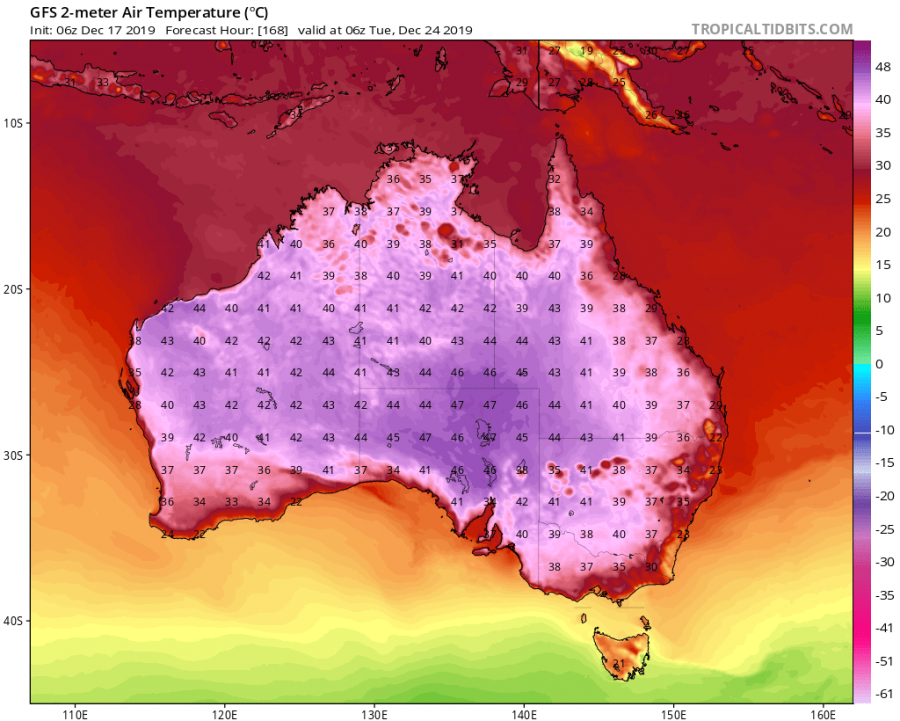 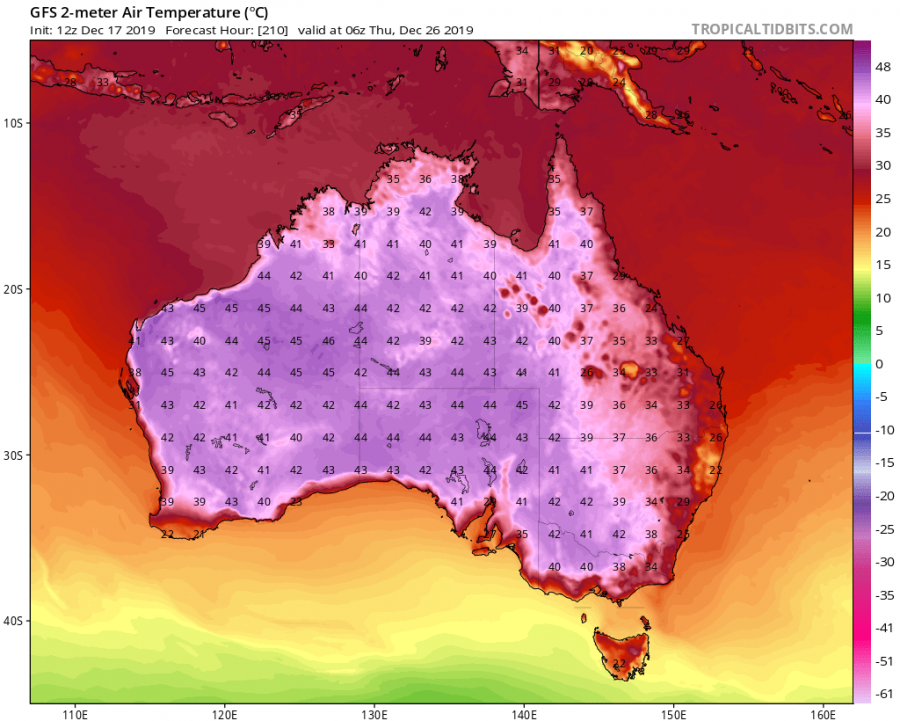 Such strong heat waves can cause health issues, so it is advised to follow official warnings and guidance. Ongoing drought conditions are expected to worsen, along with the increased risk of fires, in what is currently already a top 3 strongest bushfire season on record.

What’s the #bushfireoutlook across Australia for summer 2019/20? It has already been a challenging fire season & this is expected to continue. All states & the ACT are warning of increased fire danger as the fire season progresses https://t.co/4qSfnKJyqQ @AFACnews @ABCemergency pic.twitter.com/zchj78qO4n

We will keep you updated on any important further development. While you wait for more updates, make sure to check out the latest activity from Iceland, where a strong earthquake swarm occurred under a volcanic mountain, with over 900 earthquakes detected in just 36 hours: