According to preliminary data from the Bureau of Meteorology (BOM), Australia sets a new record today, Dec 18th – the average maximum temperature across the country was 40.9 °C, breaking the previous record of 40.3 °C (set in January 2013). Forecast models suggest today’s record is likely to be broken again tomorrow as heatwave reaches its peak across the southern parts, spreading into southeastern parts (NWS / VIC) on Friday. High potential exists for numerous records to be broken!

Preliminary results suggest that the 17th December was Australia's hottest day on record at 40.9 ºC, with the average maximum across the country as a whole, exceeding the previous record of 40.3 ºC on the 7th January 2013. https://t.co/TKwWBuFPgJ pic.twitter.com/xOFpokoXos

Aside note: The current heatwave is the result of widespread drought combined with a late start of the monsoon further north. 2019 has set one of the strongest positive Indian Ocean Dipole (IOD) events on record, meaning warm rising air in the ocean’s west has led to wet conditions in eastern Africa and encouraged the monsoon in India – the unusually active tropical activity in the West Indian Ocean, while bringing dry conditions to Australia. The positive IOD is expected to break down after Christmas. A late start of monsoon is likely to postpone the south progress of monsoon, then the potential for extreme heat becomes significantly reduced.

For the record – here are Australia’s maximum temperatures ever recorded until this week, the highest values are above +50 °C mark! 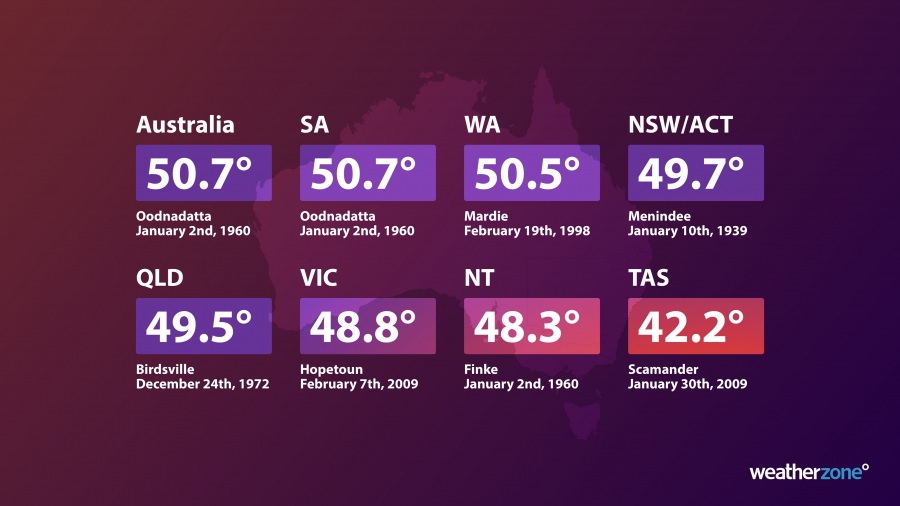 As expected and discussed earlier this week – An extreme heatwave is about to swipe across Australia, raising maximum temperatures up to near 50 °C (122 °F) in S/SE parts of the continent, breaking many all-time records – The heatwave was intensifying yesterday and today, several stations reported more than 46 °C. 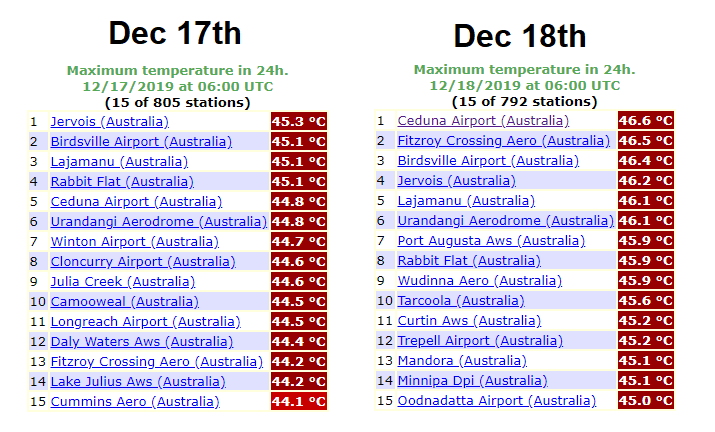 The extreme heat is expected to further intensify tomorrow across South Australia, spreading and peaking across the New South Wales (NWS) and Victoria on Friday. Many locations are increasingly likely to push into the upper 40s and approach the +50 °C mark, nearing or exceeding the all-time station records. 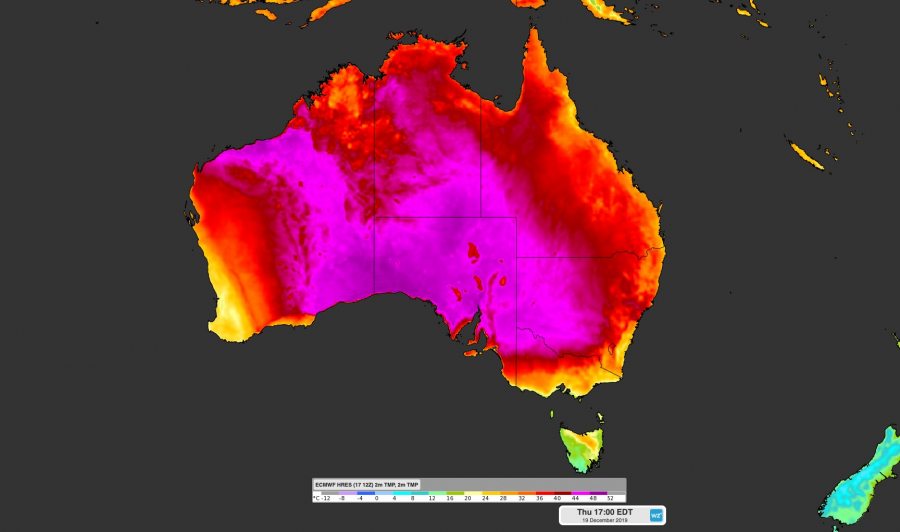 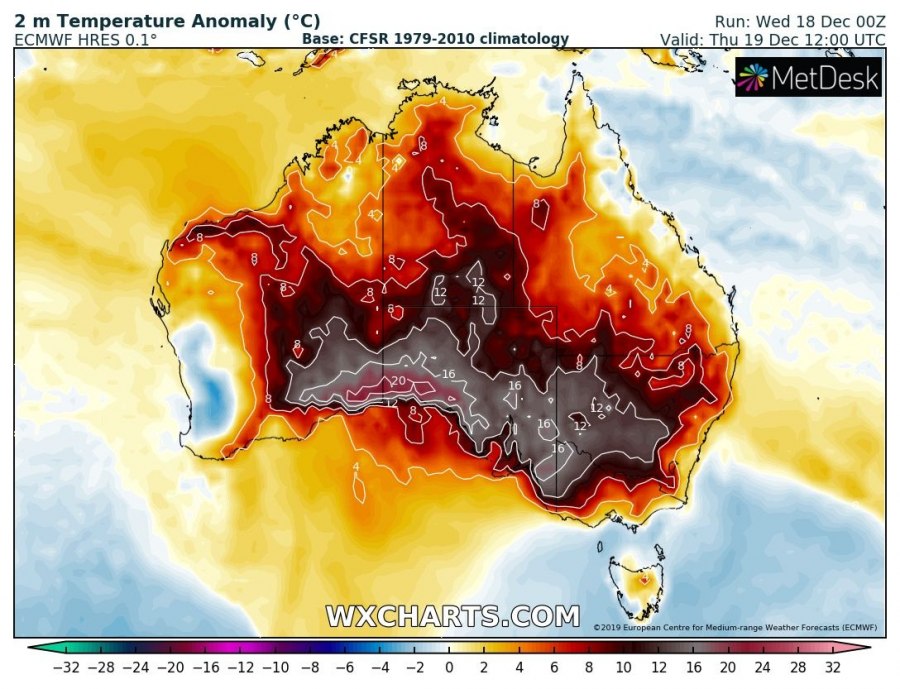 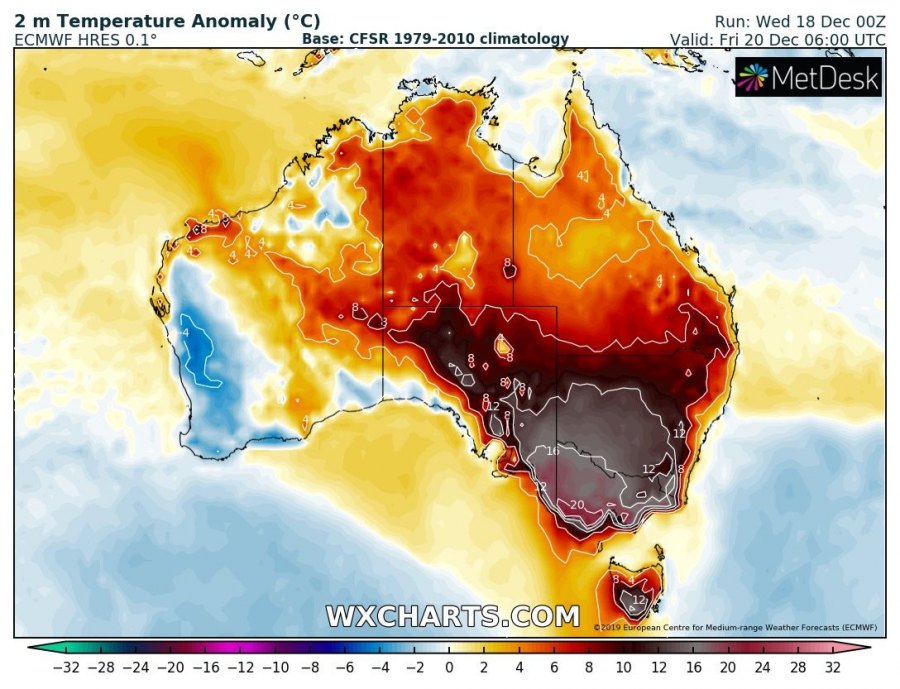 An extreme heatwave is about to swipe across Australia, raising maximum temperatures up to near 50°C (122°F) in S/SE parts of the continent, breaking many all-time records!