A broad and very deep cyclone will develop within the Arctic trough over the Norwegian Sea and the Greenland sea on Jan 2nd. Conditions will spread an intense winter storm towards Scandinavia, including hurricane-force winds along the coastal areas of Norway. Lots of rainfall and snowfall with violent blizzards in the mountains is expected.

The pattern evolving consists of a temporal upper ridge weakening across the northern half of Europe as the ridge is starting to develop over the North Atlantic as well. This leads into an Arctic outbreak/trough from Greenland towards Iceland and onto the Greenland Sea on the northeast side of the ridge, resulting in powerful cyclogenesis. It will be slowly drifting towards Scandinavia. 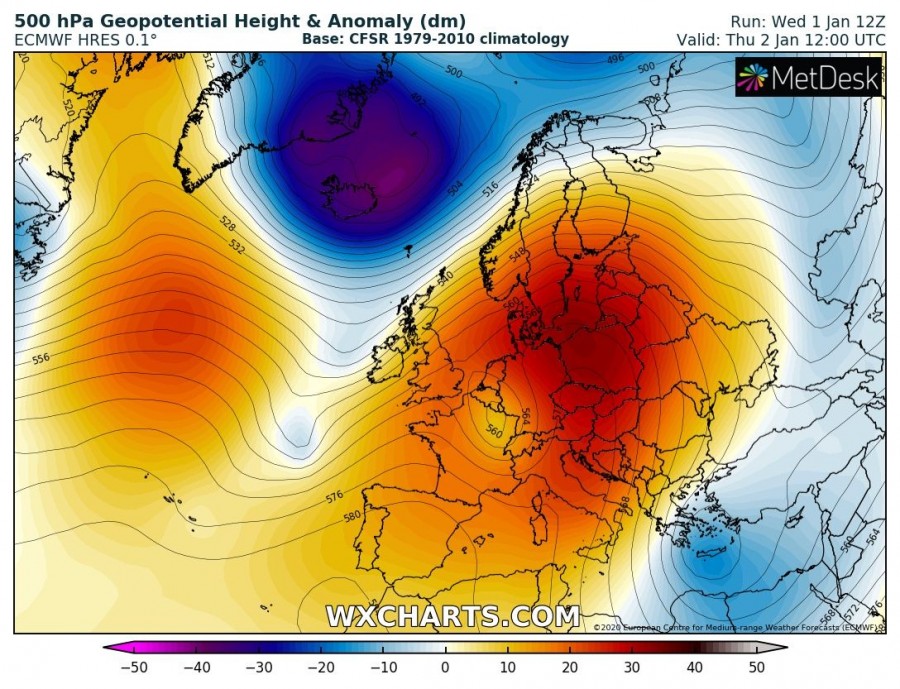 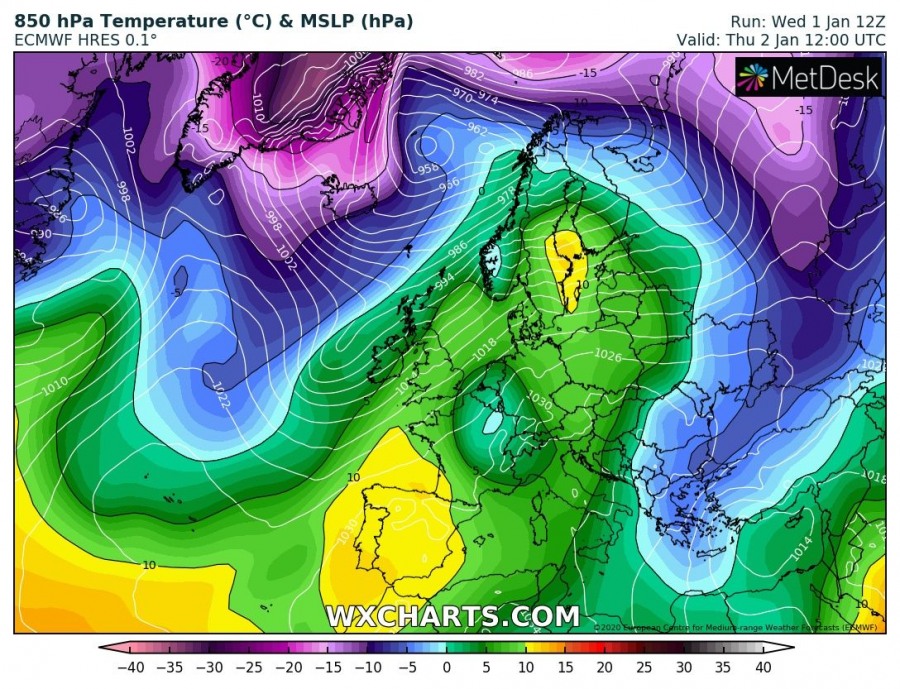 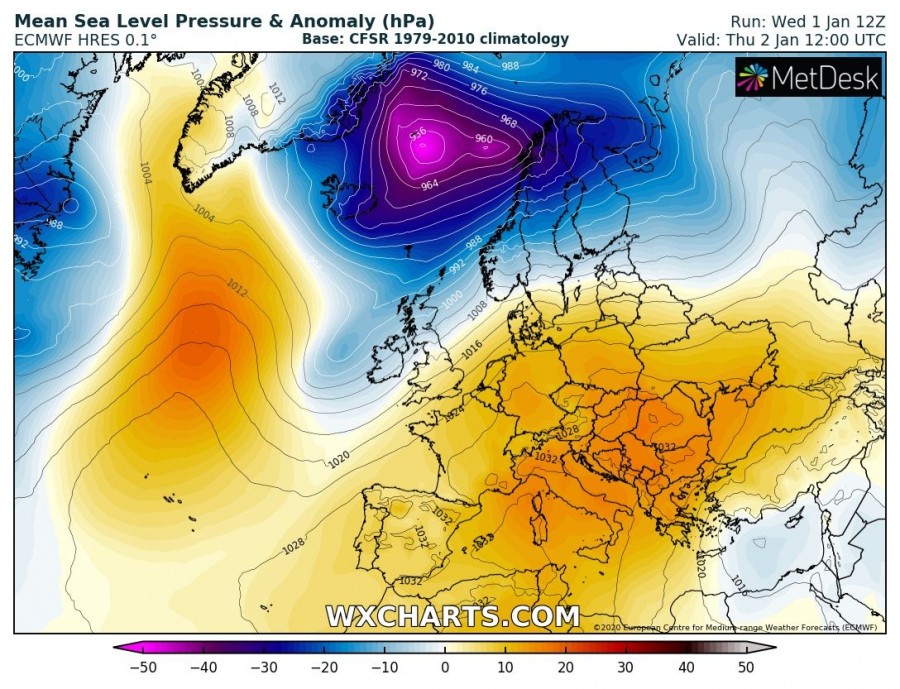 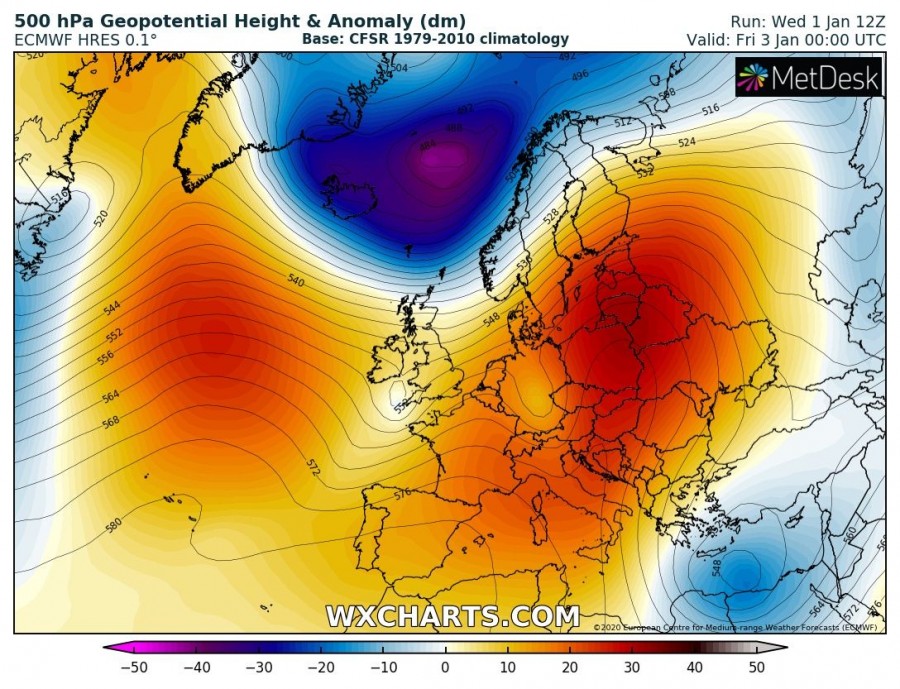 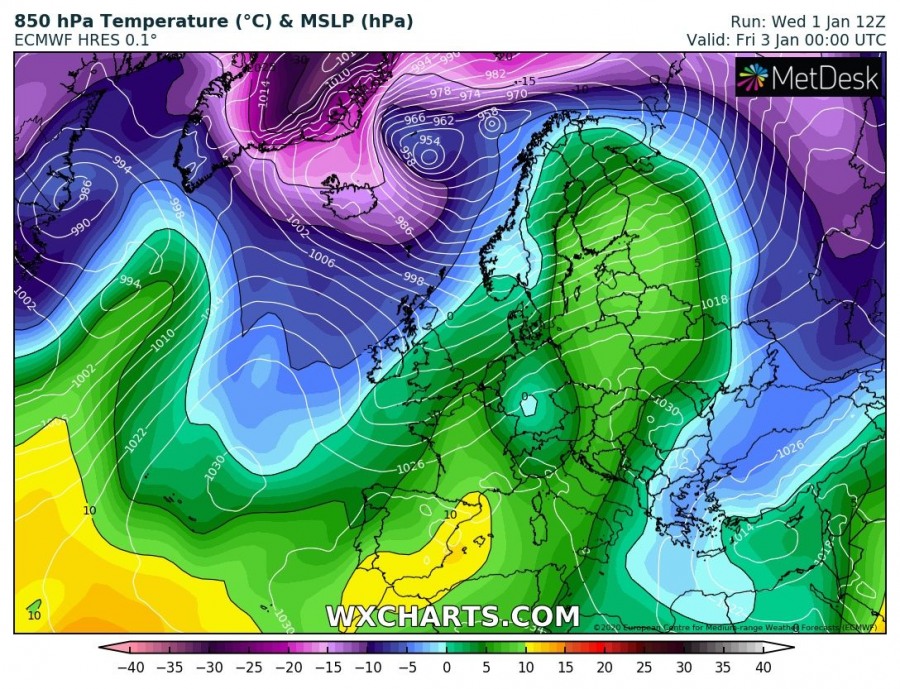 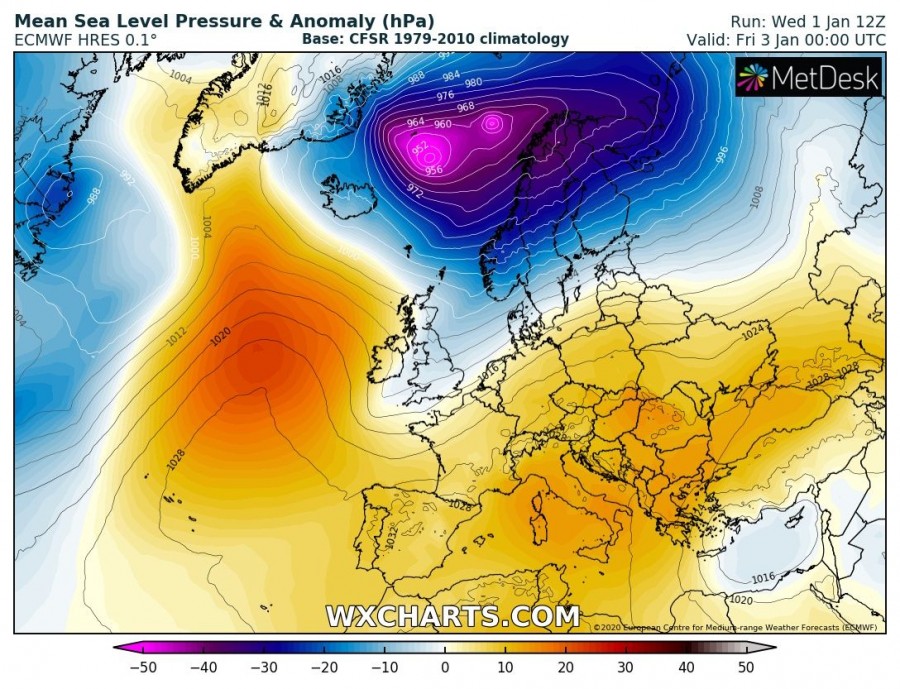 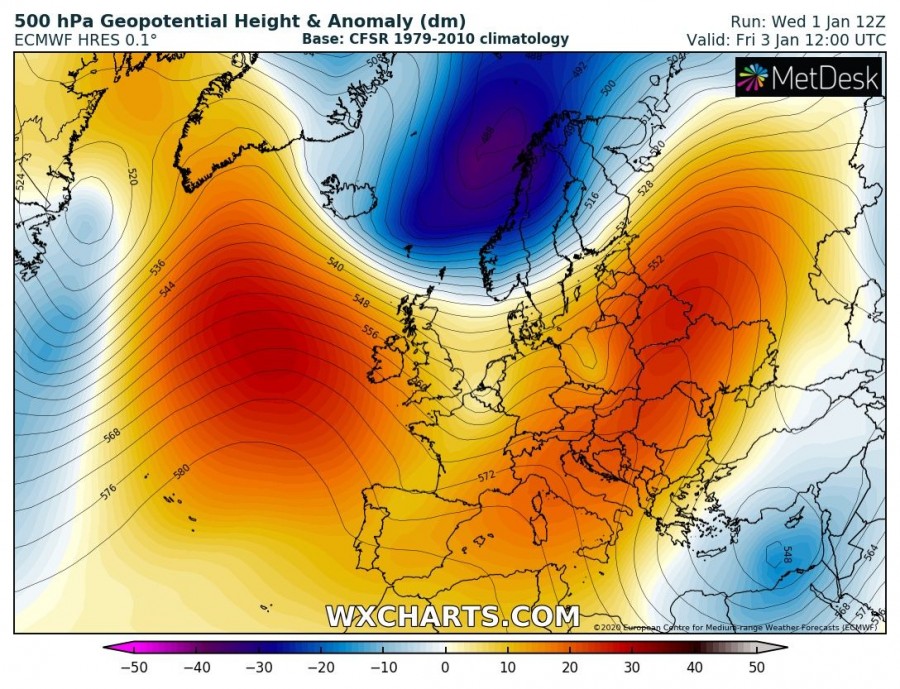 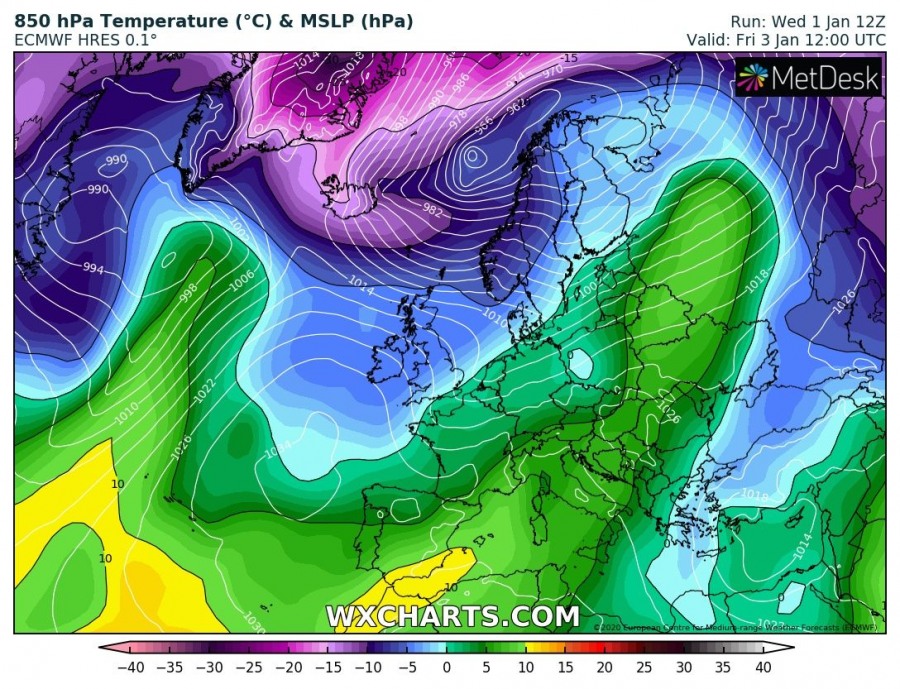 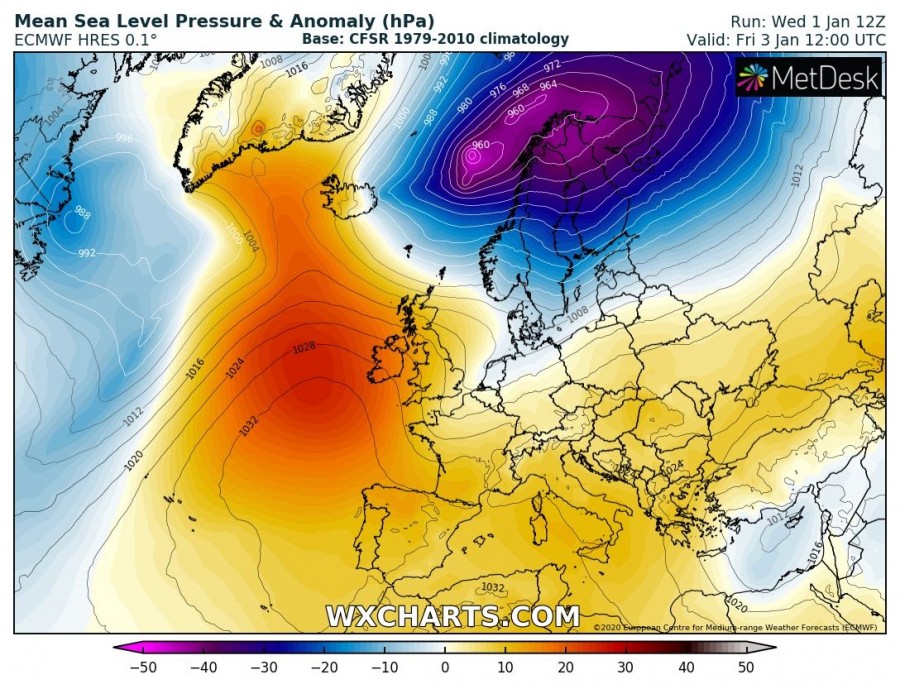 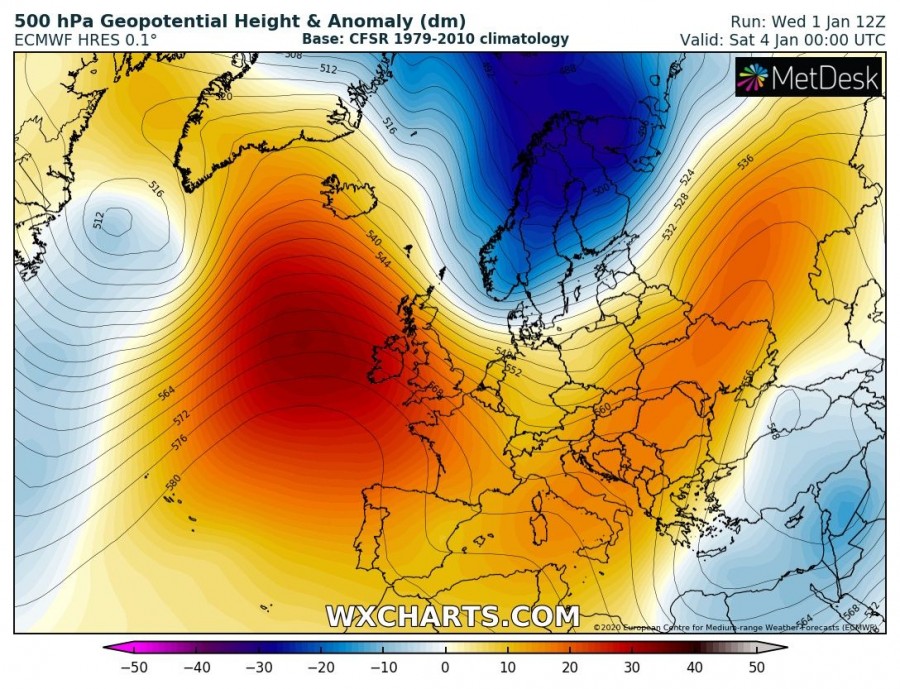 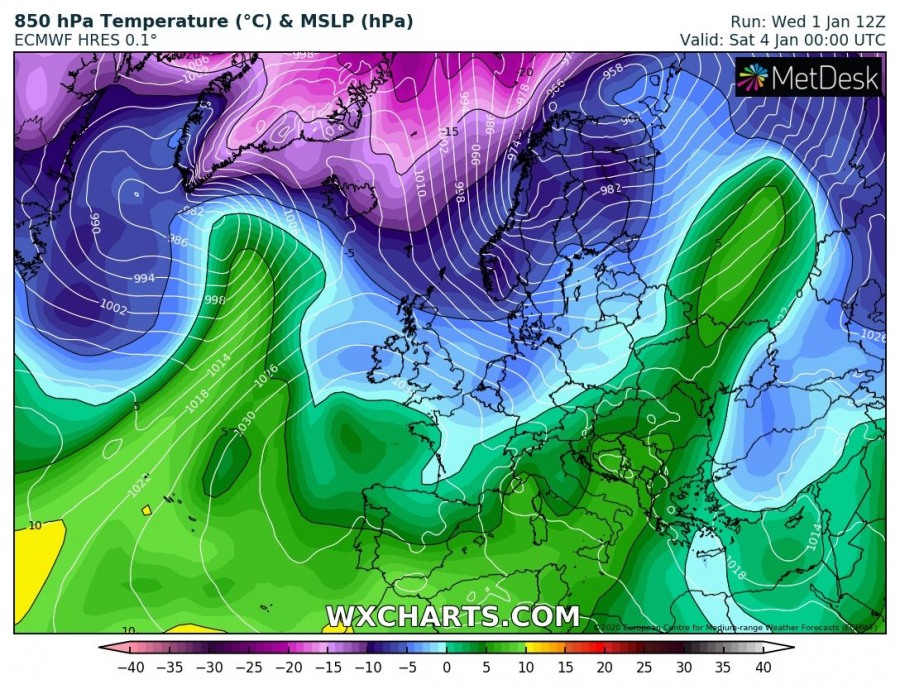 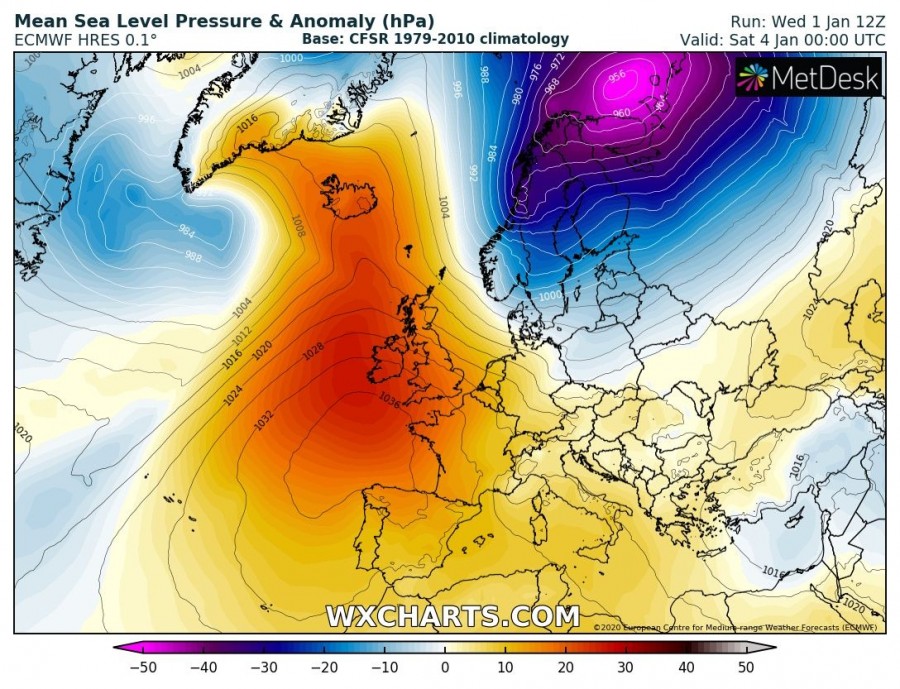 Here is a 6-hour sequence of the deep cyclone development over the Greenland sea and its track towards Scandinavia. It develops intense winter weather with blizzard conditions and heavy snowfall across the western and northern Norway. 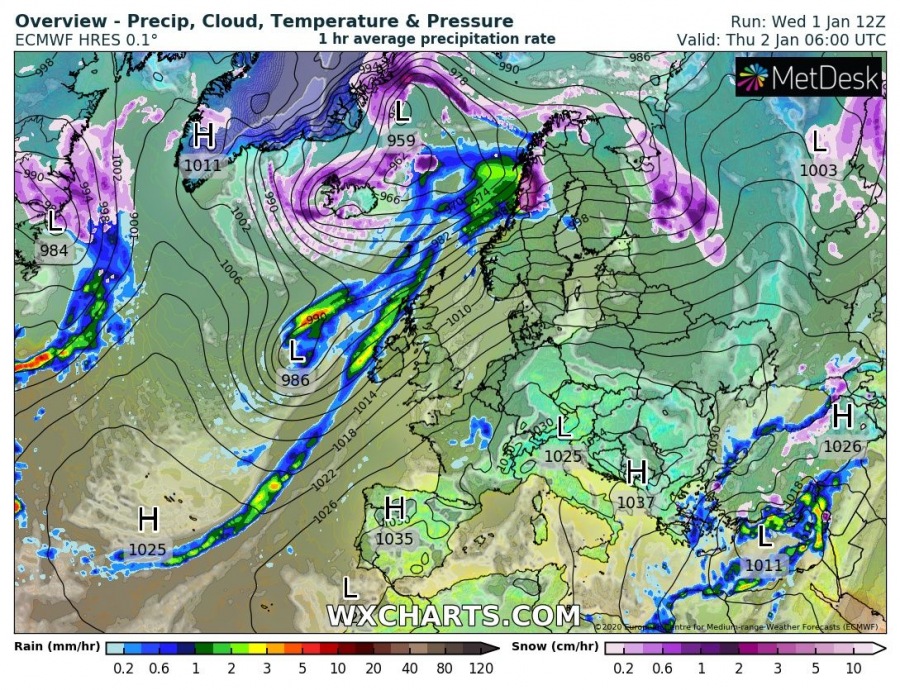 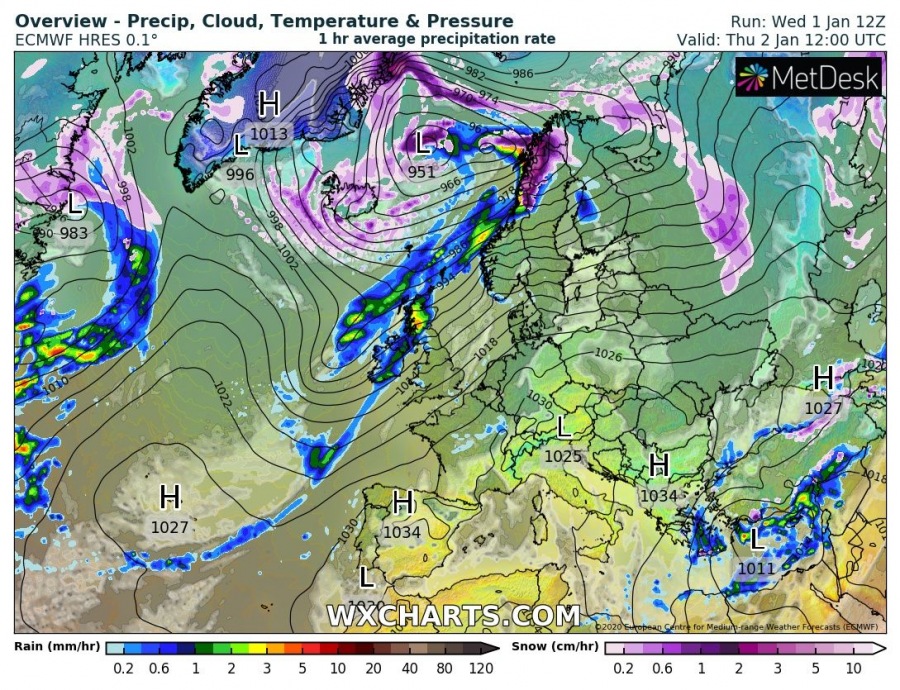 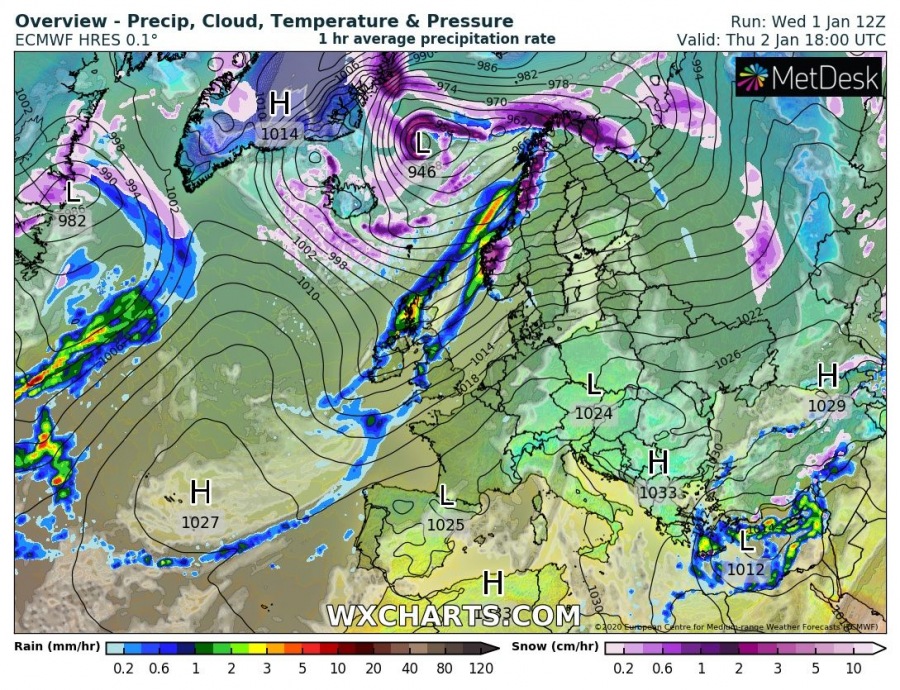 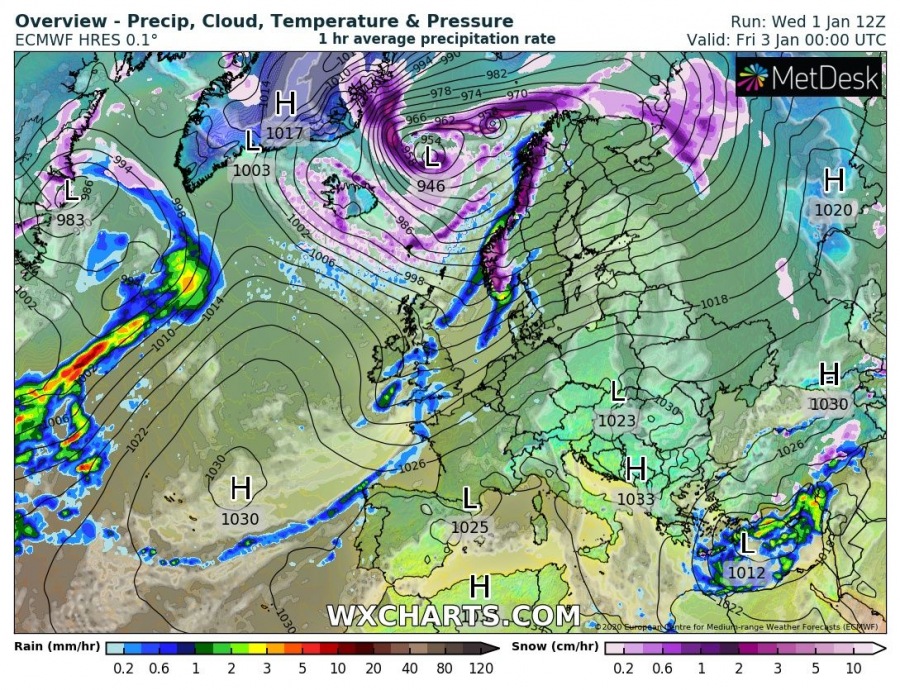 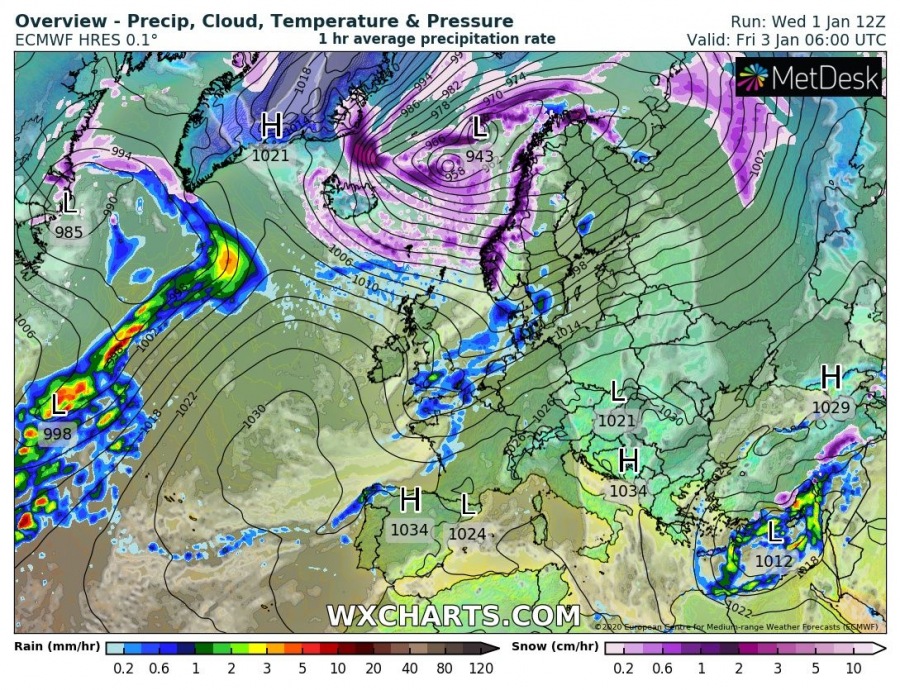 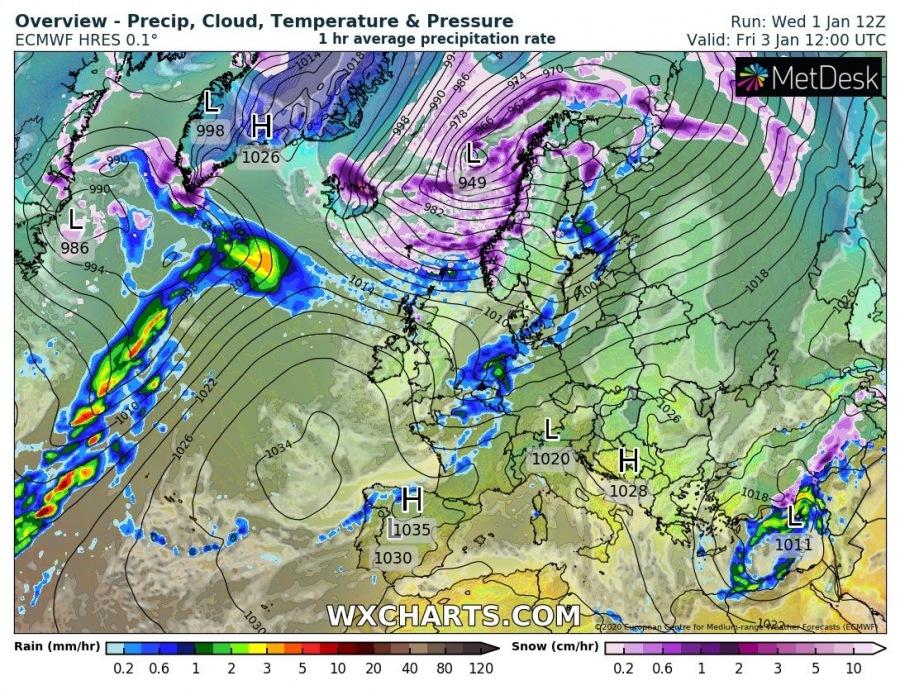 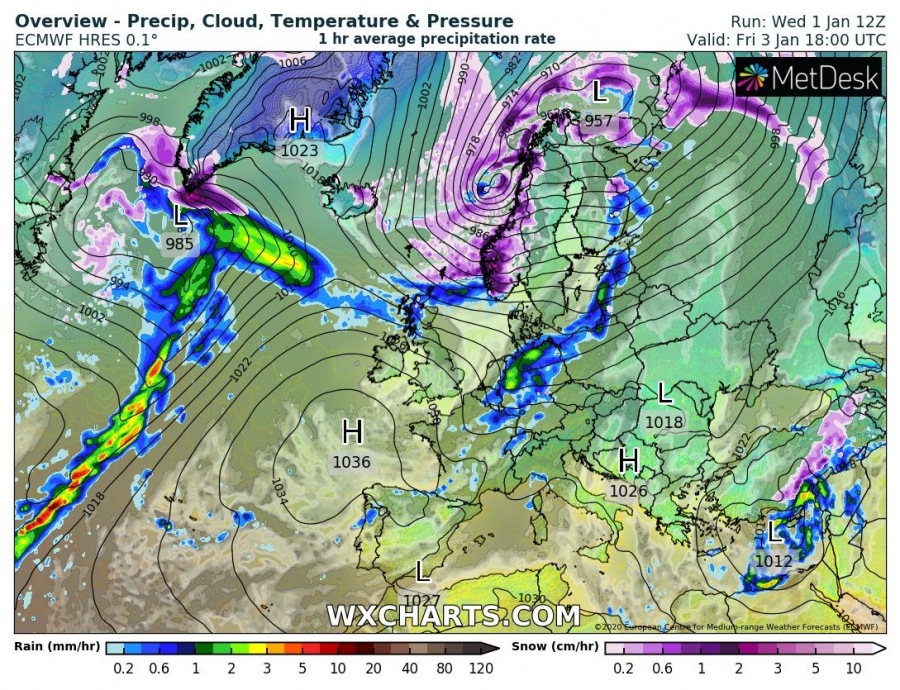 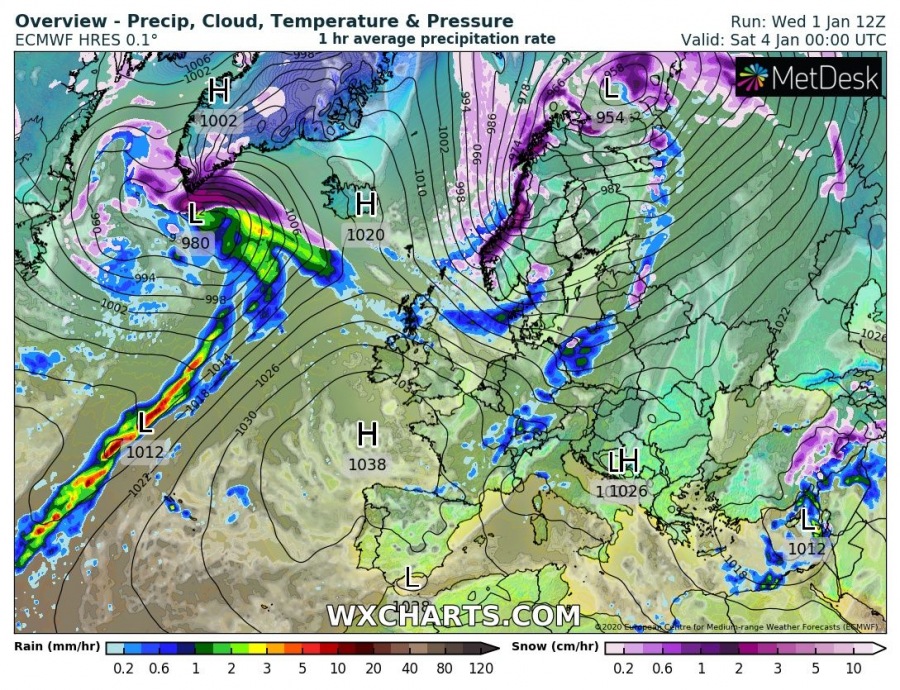 A broad area of severe to extremely severe winds is expected with this large cyclone, also affecting the coastal Norway. Peak gusts could locally exceed 150 km/h and produce major waves as well. 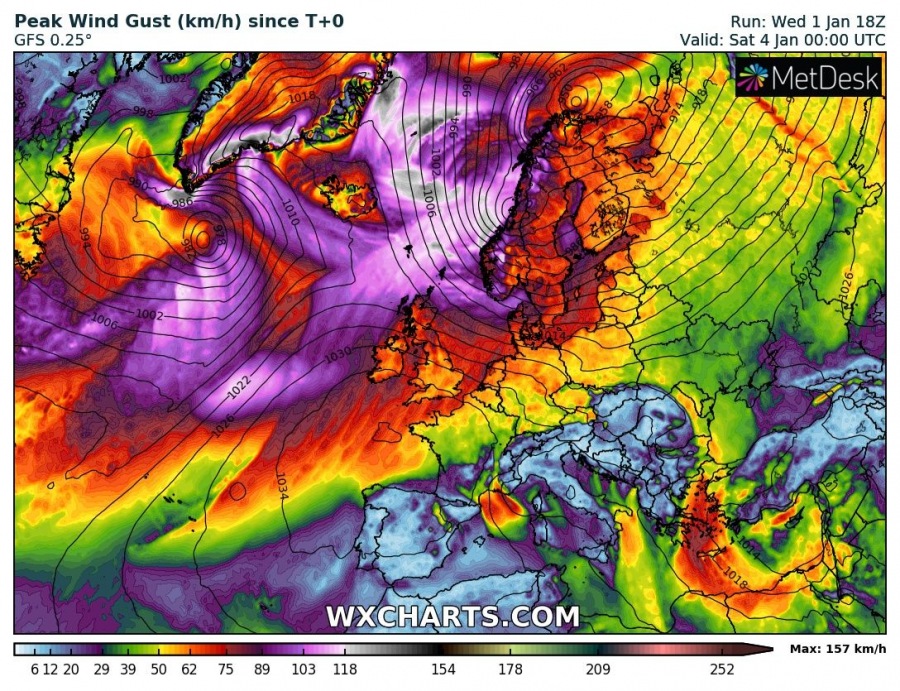 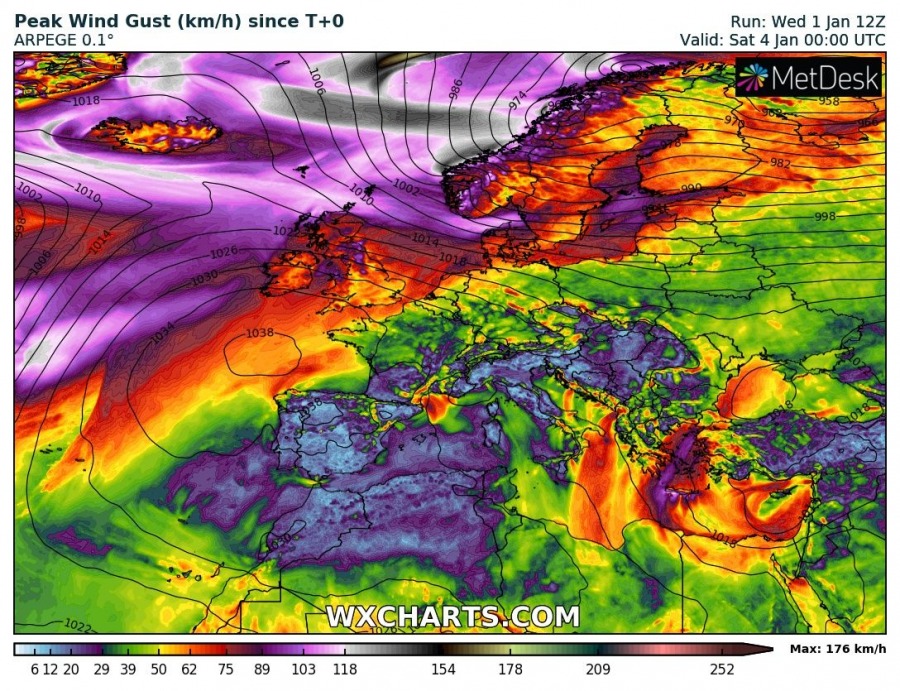 Lots of orographic precipitation is expected with the persisting strong to severe winds from the west-northwest, along the southern flank of the large trough/cyclone against the persisting ridge to its south. Locally more than 200 mm is possible. 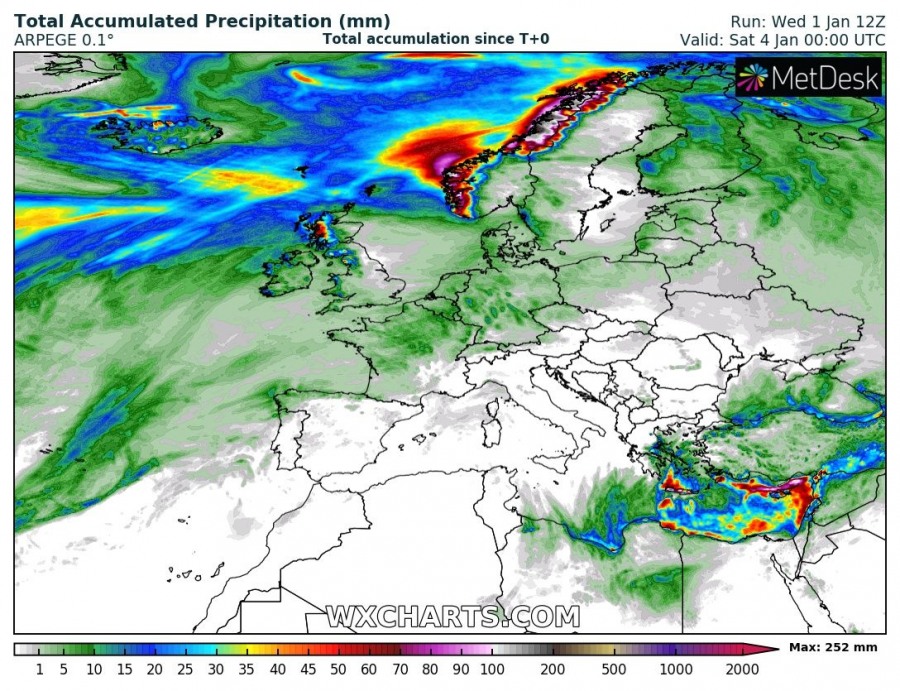 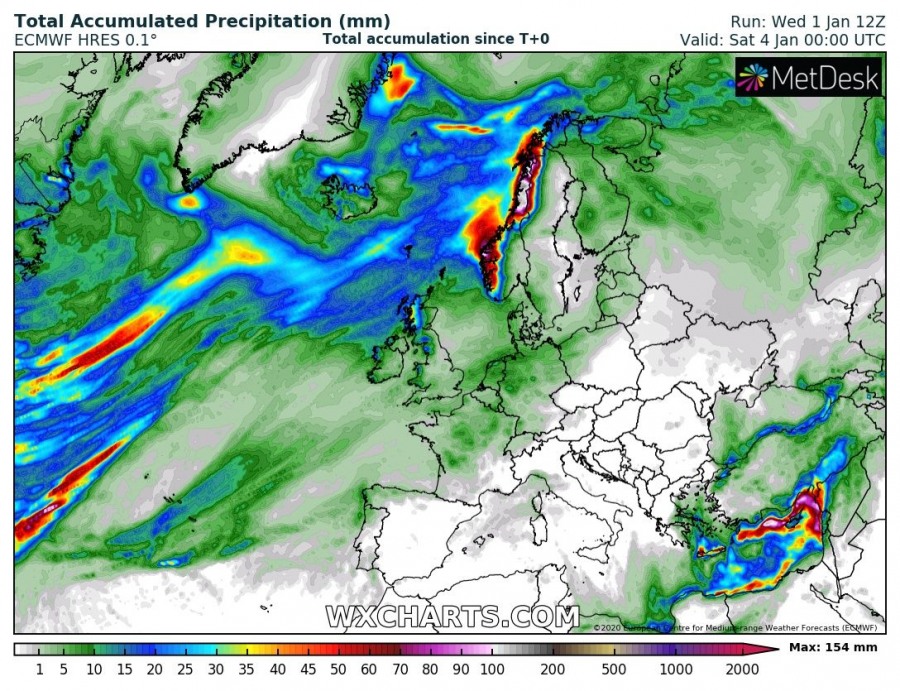 With the advection of much colder airmass from the Norwegian Sea, a lot of snow is expected in the highest mountains as well, likely 100-150 cm of fresh snow locally. Hurricane-force winds will locally develop dangerous blizzard and whiteout conditions. 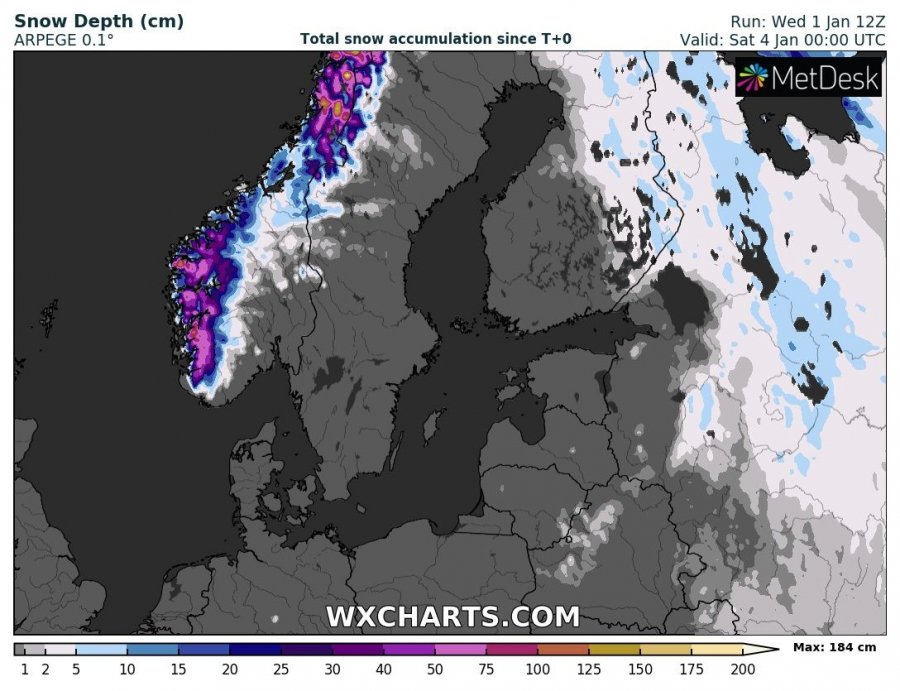 Stay alert for dangerous conditions and feel free to report us the developing conditions.