Tropical Storm Gonzalo expected to form in the Atlantic, could reach the United States next week

The tropical Atlantic is waking up this week. A Tropical Storm Gonzalo is expected to form east of the Lesser Antilles. It will bring heavy rainfall threat into the Caribbean later this week and could potentially become a hurricane and turn towards the Gulf and the United States next week.

There is an *UPDATE* for the developing hurricane Gonzalo impacting Lesser Antilles before turning towards the United States next week:

Two tropical systems in the Atlantic

There are two tropical disturbances developing, one is a gradually organizing wave ejecting Cuba, heading towards the Gulf coast. The second system is organizing a tropical depression east of the Lesser Antilles. This system is likely to become a Tropical Storm Gonzalo within a day. 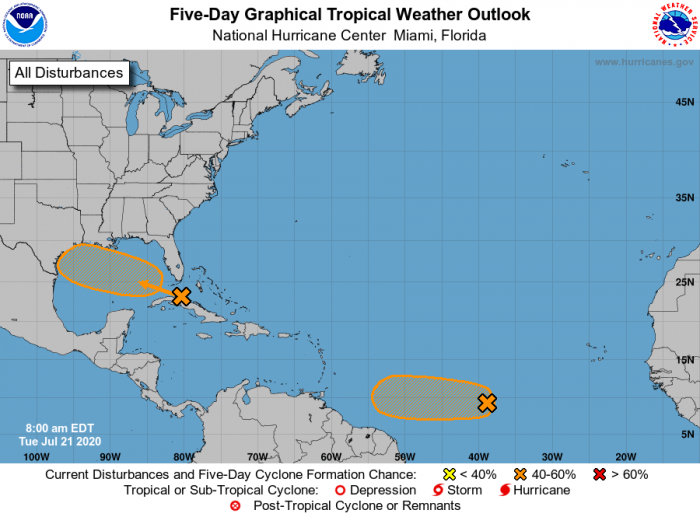 Another, apparently better organizing system is developing in the central tropical Atlantic. It has been upgraded into a tropical depression this morning. It will likely be upgraded into a Tropical Storm Gonzalo over the next 24 hours.

Gonzalo is packing maximum sustained winds of 30 knots (35 mph), gusting to 40 knots with a central pressure of around 1007 mbar. 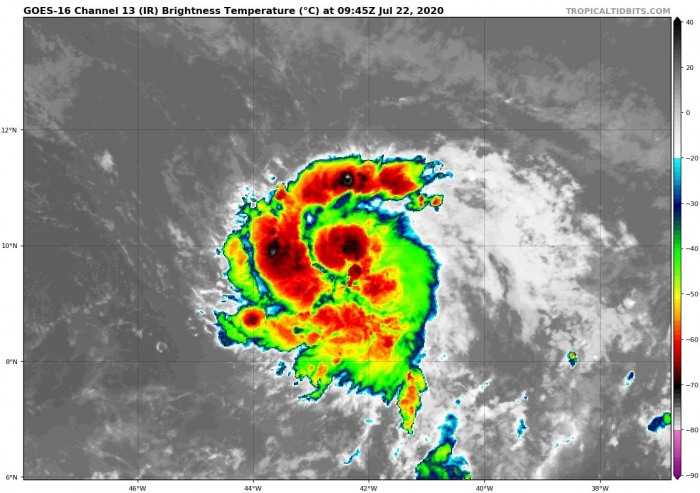 A better-defined area of storms is visible with this depression, associated with a low-pressure system located about midway between the west coast of Africa and the Lesser Antilles. 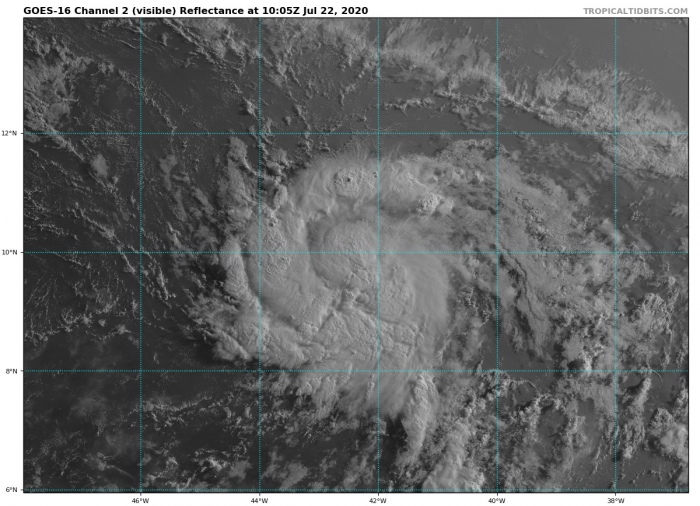 The inflow bands circled in a cyclonic shape are usually an important sign of tropical system development. The core and explosive updrafts are expanding becoming quite efficient. The inflow coming into the CDO is lifting symmetrically in multiple quadrants. 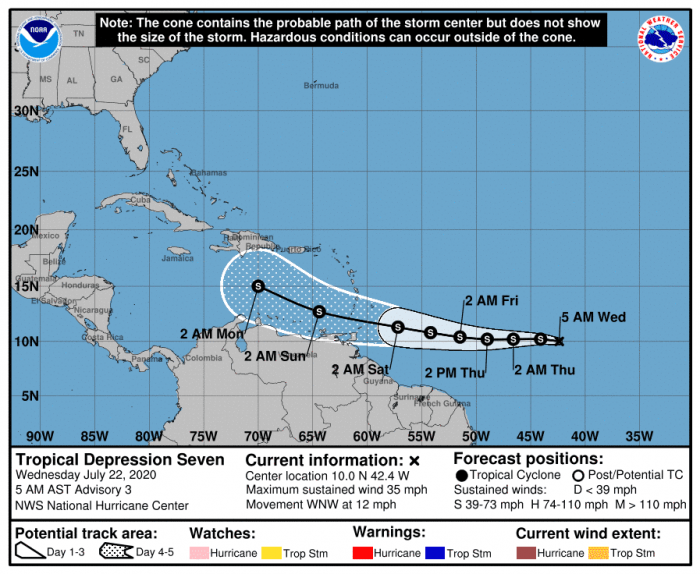 The conditions are favorable for additional strengthening of the system, so a tropical storm should soon. Future strengthening and development are still quite uncertain, so it may eventually remain a storm or even become stronger. The system will, however, be moving west-northwest towards the Lesser Antilles in the coming days. 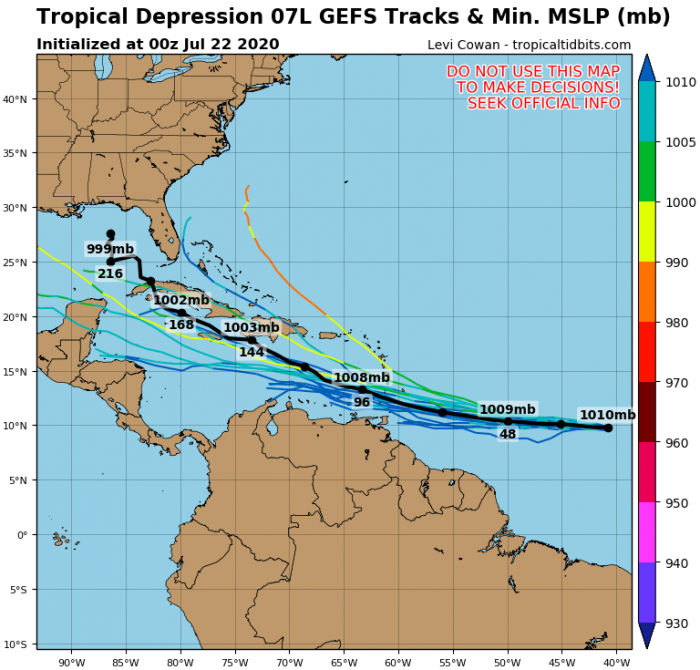 Forecast for Gonzalo towards the Gulf. Graphics: Tropical Tidbits

The Ocean Heat content (OHC) chart over the Western Atlantic reveals a rather impressive and very favorable environment for tropical development. Gonzalo will be moving into better conditions over the next few days.

Gonzalo also has the potential to become a hurricane moving into the Caribbean later this week. 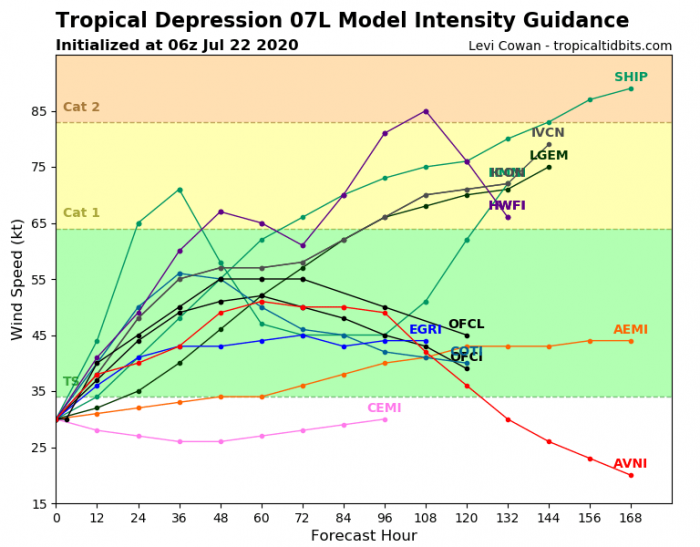 Tropical wave over the Gulf

The tropical wave ejected Cuba is expected to continue across the Gulf of Mexico. It is heading towards Texas state this weekend. The environment seems favorable for further strengthening of the system, so it could become a tropical depression.

It would bring excessive rainfall threat for far southern Florida state (Florida Keys), Cuba, and across part of the western Gulf Coast. 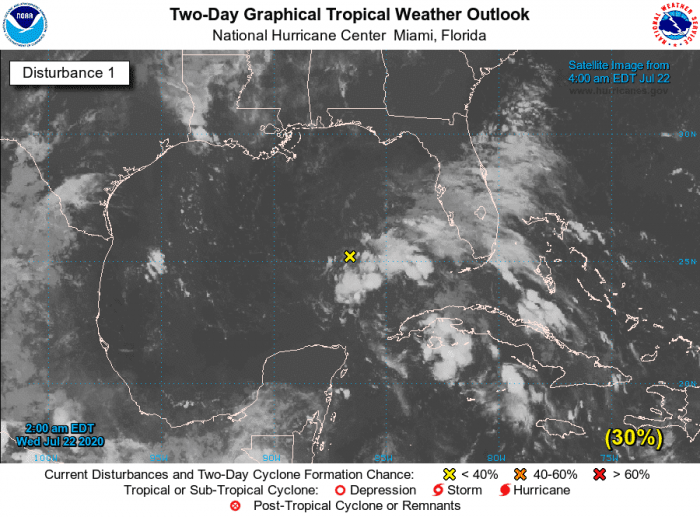 The system is producing a large but poorly organized area of storms over western Cuba, the northwestern Bahamas southern Florida, and the adjacent Atlantic and Caribbean waters.

The system is expected to head across the Gulf of Mexico where above-normal temperatures could help its strengthening over the next 48-72 hours. The National Hurricane Center (NHC) will, as usual over the tropical Atlantic, likely send NOAA Hurricane Hunters aircraft to scan the system. 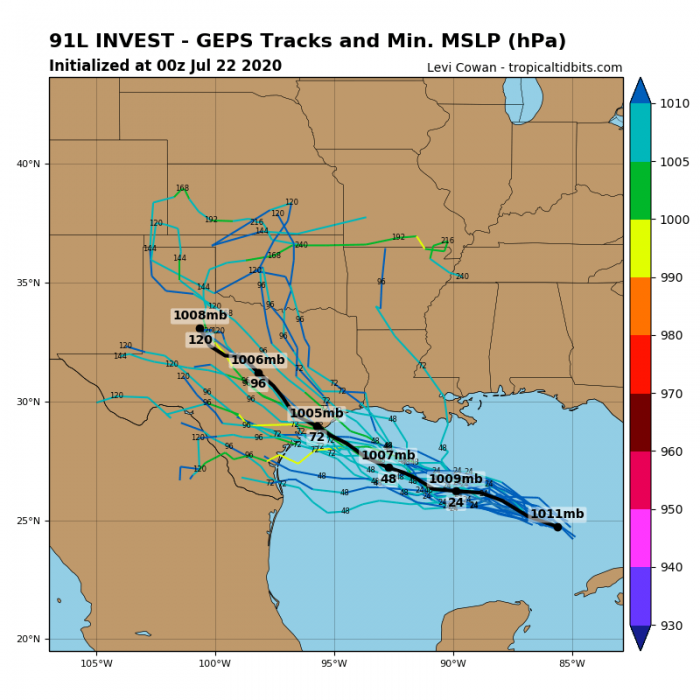 NHC is currently giving a 30 % chance the wave becomes a tropical depression within the next 48 hours and 40% within the next 5 days. The main threat from this system will be locally heavy rainfall, with some change of flooding. Especially from the Florida Keys towards Texas and Louisiana Gulf coasts. 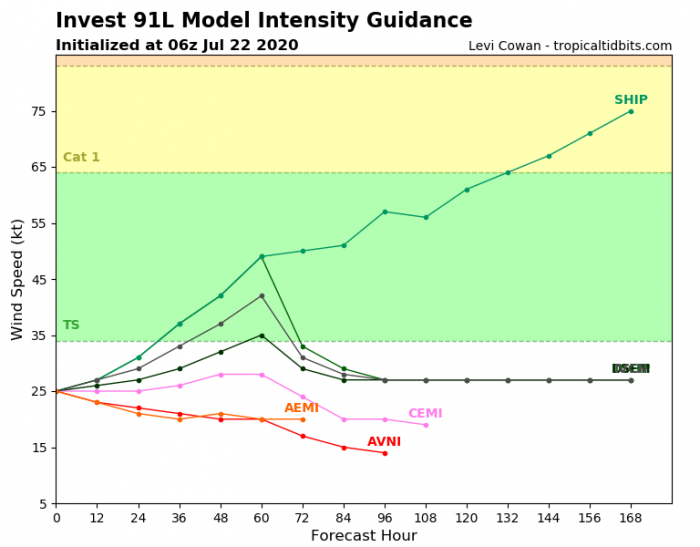 We are monitoring the further development of both systems. Especially Gonzalo which could become a serious threat over the Caribbean and potentially also for the Gulf. We will be publishing more updates in the coming days – stay tuned!

There is also a Tropical Storm Douglas in the Eastern Pacific. Expected to become a hurricane soon and turn towards Hawaii:

«Next Post Powerful 7.8 earthquake struck Alaska this morning, July 22nd
The Lesser Antilles brace for the impact of a developing Hurricane Gonzalo before the system turns towards the United States Previous Post»