Dangerous Tropical Storm Hanna is undergoing an unexpected strengthening and will become a hurricane soon. Dangerous flooding threat develops as it makes landfall in south Texas on Saturday!

Hurricane warning has been issued for the Texas coast.

Tropical Storm Gonzalo, located east of Lesser Antilles, is strengthening. Very favorable conditions are present, the system is expected to become a hurricane Gonzalo soon. Severe wind and flooding threat develops for the Caribbean this weekend. Hurricane watch has already been issued for Barbados. The system could then turn towards the Gulf of Mexico and threaten the United States next week.

Gonzalo is the earliest storm that has received a name starting with the “G” letter on record. The long-term average the seventh named storm in a hurricane season is Sept 16th.

The system is currently packing maximum sustained winds of 55 knots (65 mph), gusting to 65 knots, The minimum central pressure is around 997 mbar. The system continues gradually strengthening, with a burst of deep convective storms near its center. 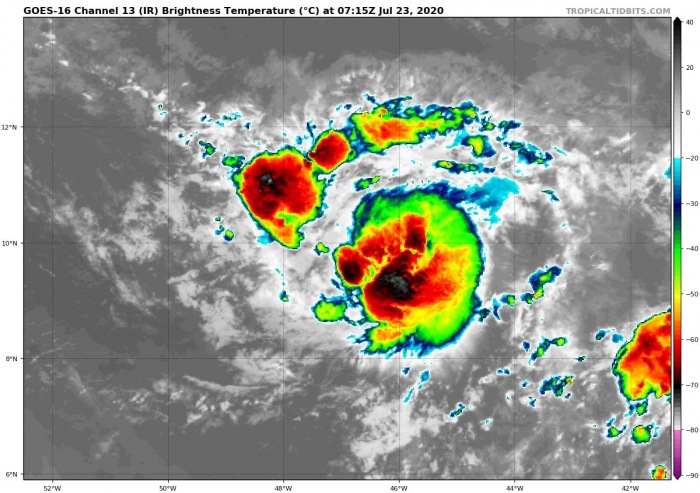 Advanced Dvorak Technique (ADT) estimates are indicating that Gonzalo is in a gradual strengthening phase. Although the storm clusters seem rather disorganized today, it already has a small 10-15 miles wide wind radii of 34-knot winds around its virtual center.

Fluctuations in intensity are visible, as occasional explosive convective towers are forming. Further strengthening is expected.

The National Hurricane Center (NHC) is forecasting Gonzalo to become a Category 1 hurricane tonight. High ocean heat content, low shear, and high moisture suggest conditions are there to support the more significant strengthening of the system. It could develop 75-knot winds (85 mph) by late Friday or Saturday while moving across the Lesser Antilles. 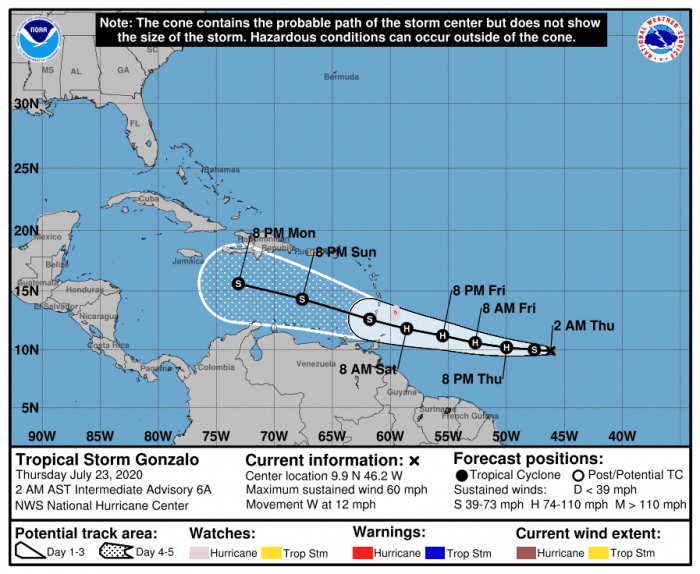 What the future brings is still rather uncertain. But different models are hinting that Gonzalo should continue its west-northwest movement, potentially reaching Cuba or Yukatan next week. 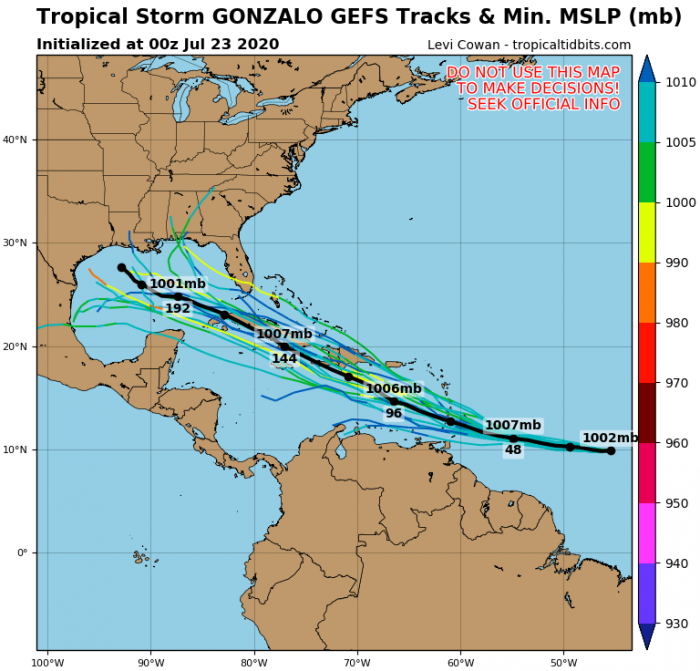 Here is the various model forecast for the intensity of Gonzalo during its lifecycle. There is an increasing potential it could become a powerful Category 2 hurricane while moving into the Caribbean on Sunday. Conditions are closely monitored, regarding its strength and impact on the land areas. 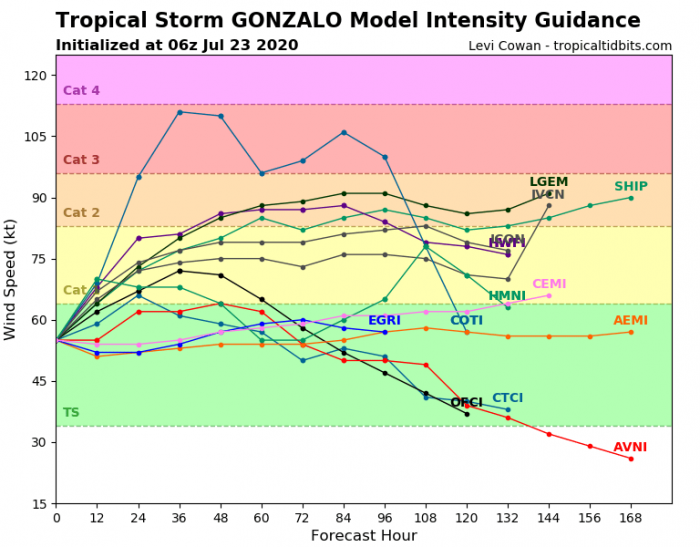 Gonzalo is expected to become a hurricane over the next 24 hours. There is an increasing risk of wind and rain impacts from Gonzalo in portions of the southern Windward Islands this weekend. For this reason, a hurricane watch has already been issued for Barbados. This country will be the first to face Gonzalo’s impact in the coming days. 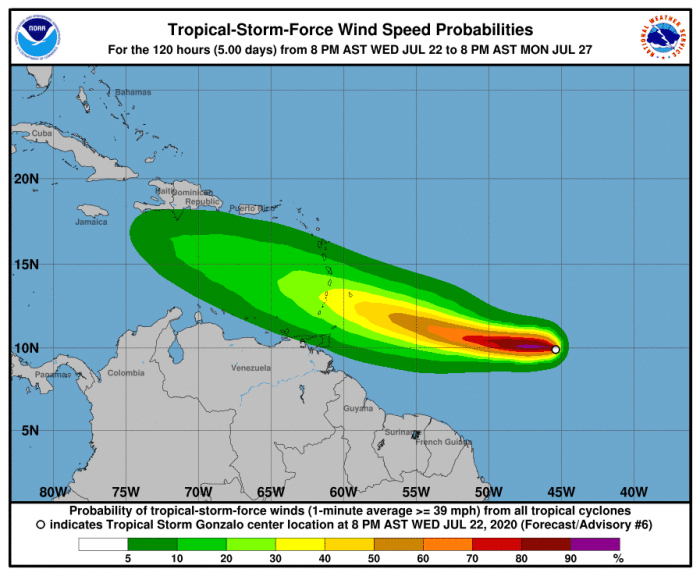 Depending on its strength and support from the warm seas, the system would reach the Gulf of Mexico as well. Therefore, the threat to the United States’ impact will increase.

We are monitoring further development of Gonzalo – stay tuned for additional updates as hurricane strength emerges.

Tropics are very active lately. In both the Pacific and Atlantic oceans. There is a Major Hurricane Douglas grazing across the eastern Pacific. It is likely to impact the Hawaii archipelago on Sunday!

Another tropical storm is strengthening in the Gulf of Mexico, expected to become a Hurricane Hanna on Saturday morning. The system will bring heavy rainfall and flooding threat the Gulf Coast states, Texas and Louisiana: