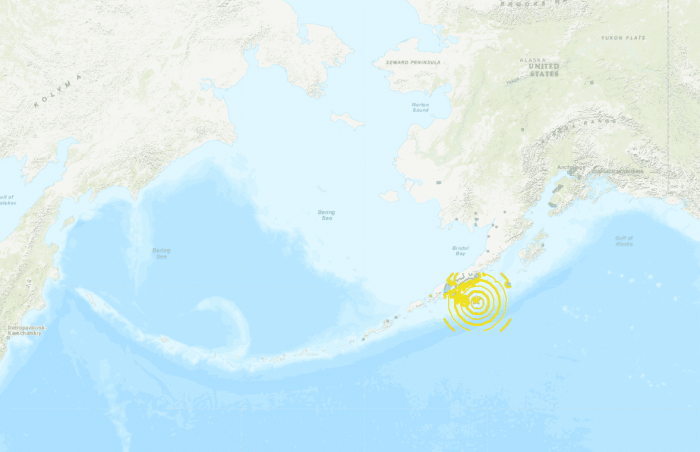 Location of the earthquake in Alaska. Graphics: USGS

The depth of the earthquakes is very important. Shallow ones could cause a lot of damage to the surface. And also release tsunamis. As normally, earthquakes are more likely to develop into tsunamis if the magnitude is high and they occur at a shallow depth. The quakes with magnitudes above 7.6 have the potential to produce destructive tsunamis.

#tsunami #Kodiak up the mountain to the high-school. Tsunami didn't hit yet. But might get worst not sure. Been out here a couple hours. pic.twitter.com/qRAb3arGO6

After an Aleutian earthquake prompted a tsunami warning Tuesday night, residents across coastal Alaska, from Homer to Unalaska, woke to the sounds of sirens and phone warnings. Many of them soon left home, moving to higher ground, away from the lower coast.

MORE: sirens go off in #Alaska to warn the residents of a possible incoming #tsunami pic.twitter.com/9YjneOBF4E

A tsunami warning was soon issued by the National Oceanic and Atmospheric Administration (NOAA). But has already been canceled less than two hours after the earthquake. 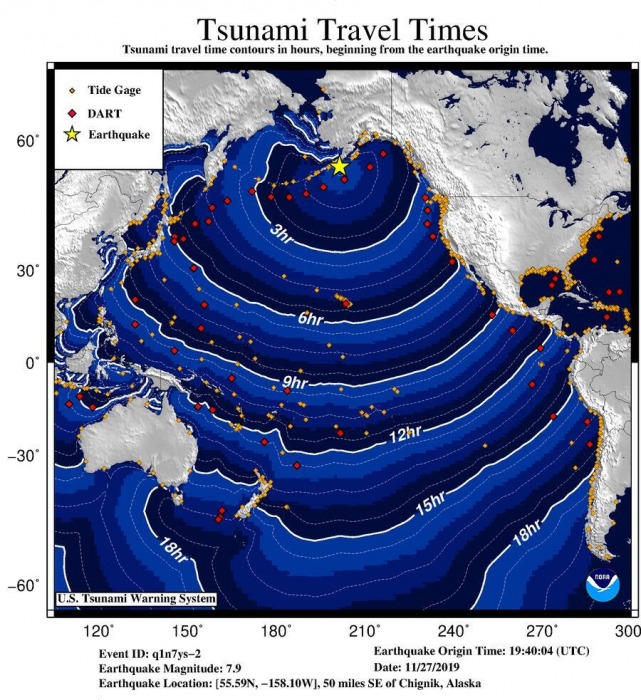 Homer is clearing the Spit, the rest of the lower ground in the area should be moving to high ground as well pic.twitter.com/rpOMcJDSVJ

NOAA advised people to stay away from the water including beaches, harbors, and inlets. And follow guidance from local officials and wait until emergency officials say it is safe to return to the coast.

The seismic waves were also registered in Europe! Attached are the waves produced by the earthquake this morning in Alaska, registered in two high schools in Barcelona, Spain after traveling more than 9000 km around the globe! 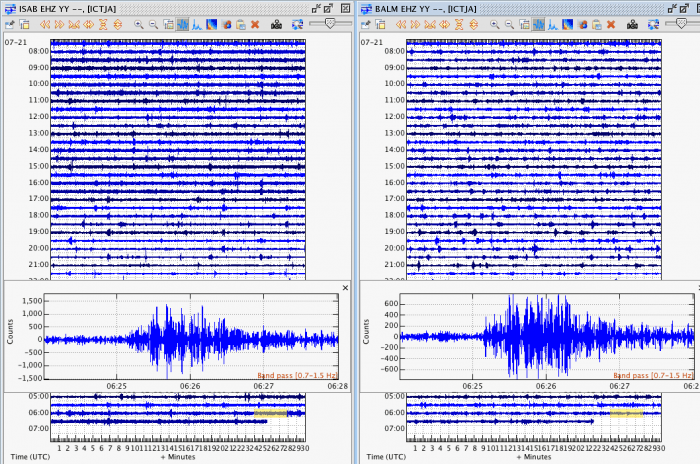 See the previous significant earthquakes around the world: