Three weeks after a very intense tropical cyclone #Ambali and a Tropical cyclone #Belna, a new tropical storm Calvinia is born east of Madagascar, precisely very near the island Mauritius. It is resulting in dangerous excessive rainfall and flooding threat over the island, gradually organizing and moving south-southeast. Calvinia will be ejecting south tomorrow and move over the open waters of SW Indian Ocean.

We can see a large area of deep convection around the virtual center on the latest satellites, gradually organizing into a big complex of storms. The northern parts of this complex are reaching Mauritius as well. 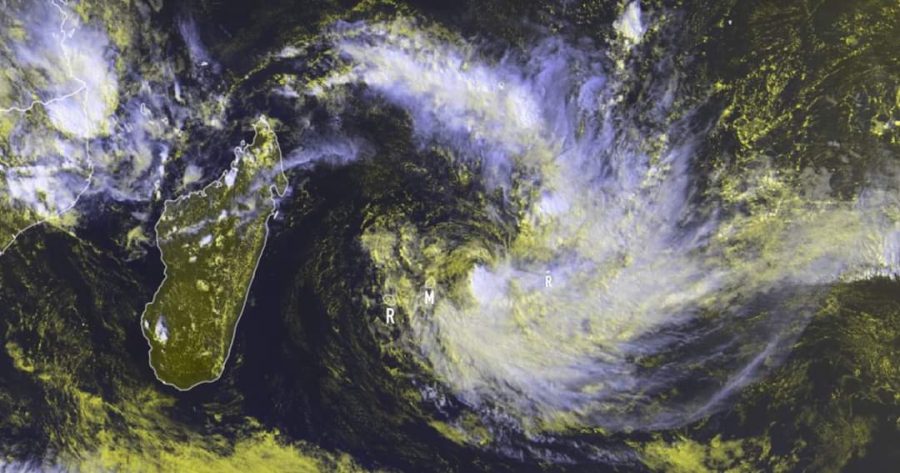 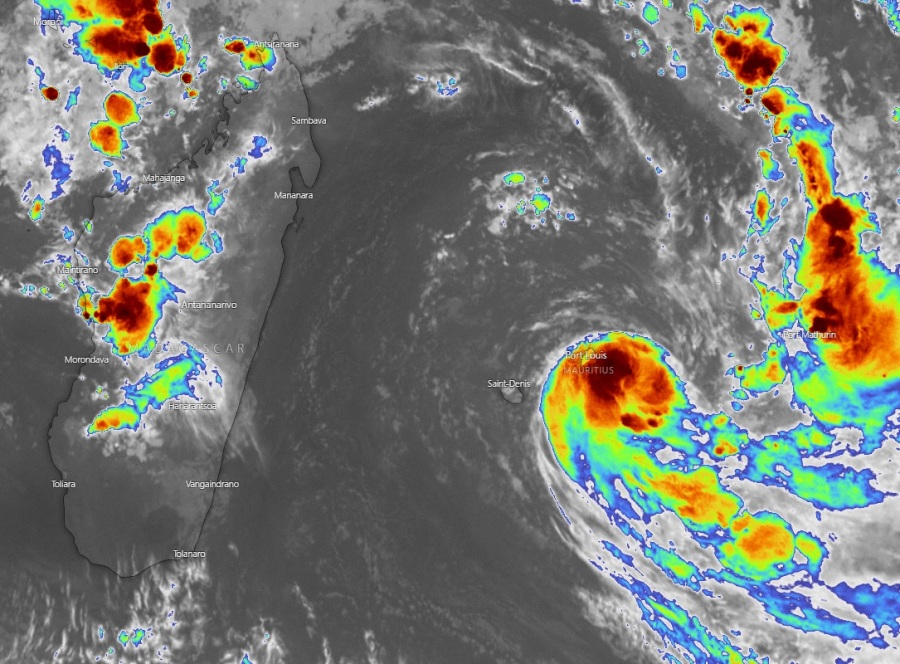 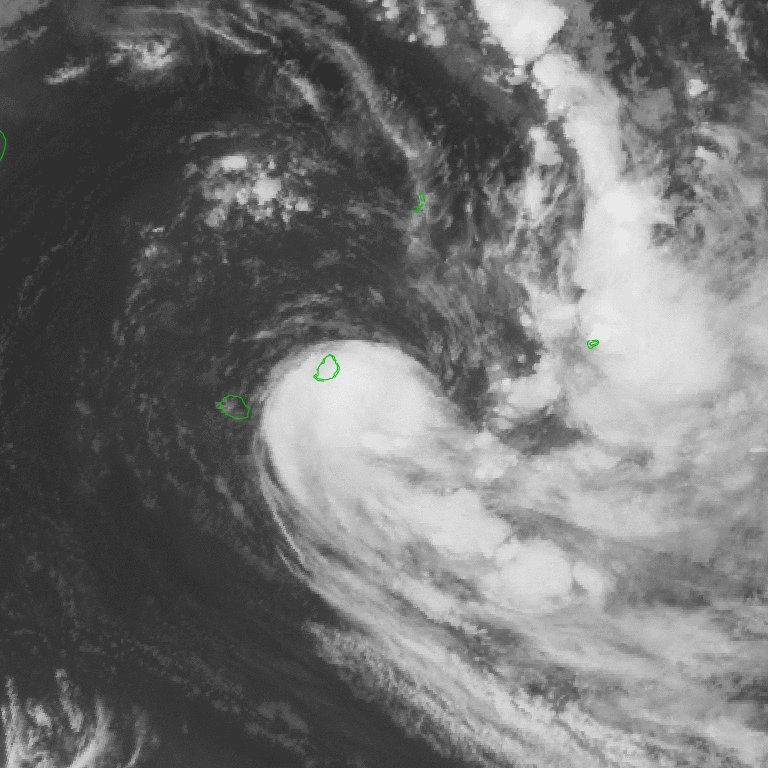 Based on the Advanced Dvorak Technique (ADT) analysis, the maximum sustained winds are around 40 knots / 45 mph, central pressure is around 996 mbar. For now, Calvinia has only the 34-knot winds radii, extending 50-60 miles across the NE, SE and SW quadrants.

Calvinia is traveling with its center very near the island Mauritius, pounding it will torrential rainfall and significantly enhanced flooding threat. Lots of rain is also likely over La Reunion island. 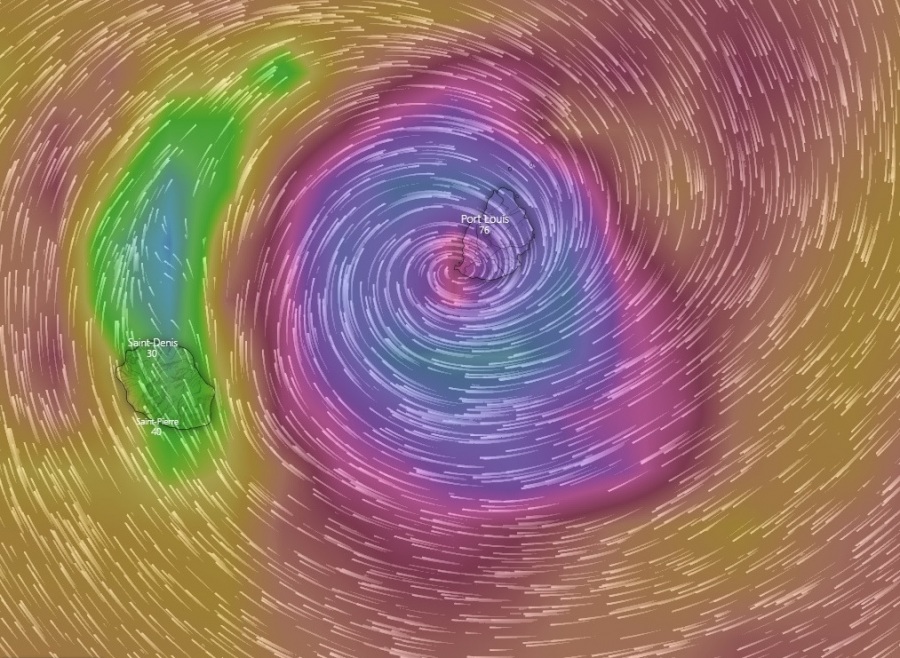 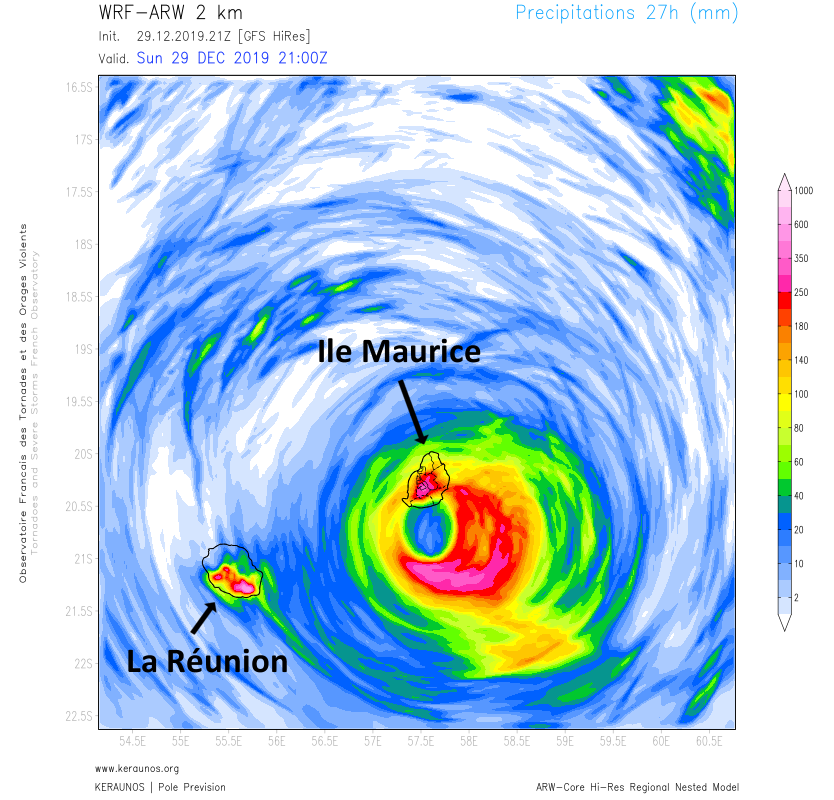 Tropical Storm Calvinia will be moving due south through the next 36 hours while gradually gaining strength to around 50 knots. According to the latest model guidance, it is unlikely Calvinia will be any stronger and should not be upgraded to a Tropical Cyclone (threshold above 64 knots) strength. 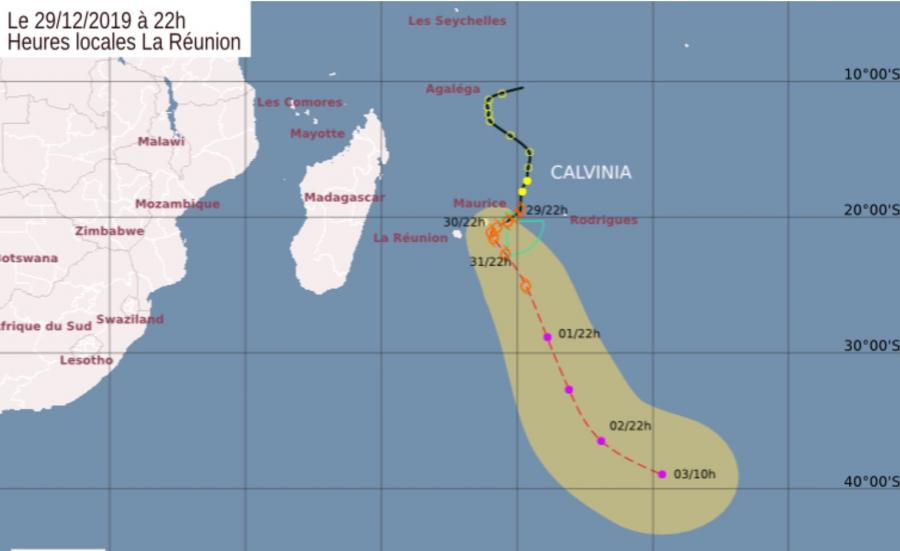 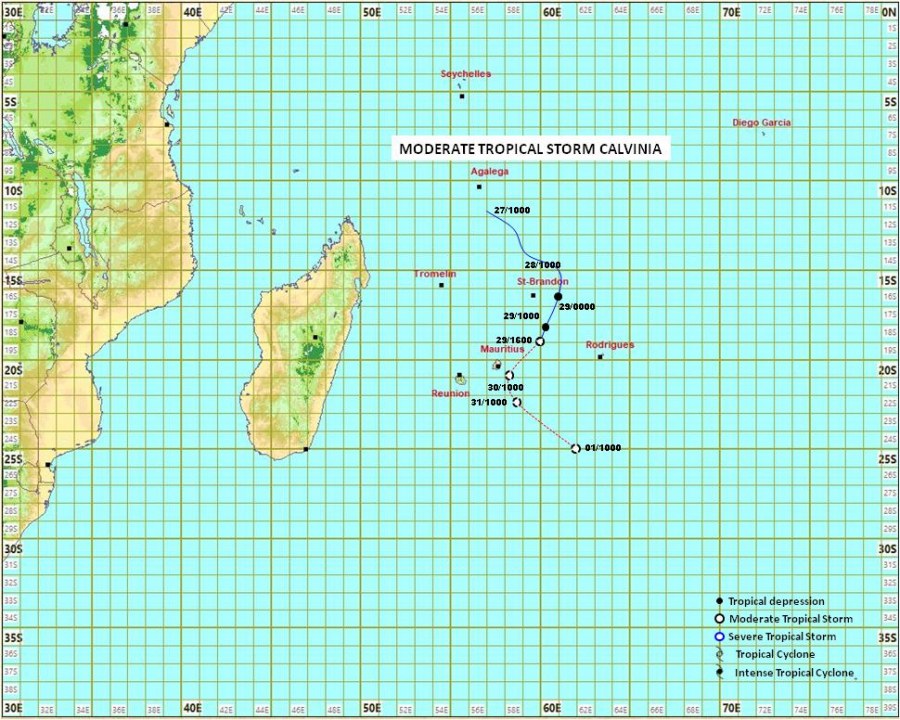 Here is a close-up view of Calvinia moving south of Mauritius through the next days. 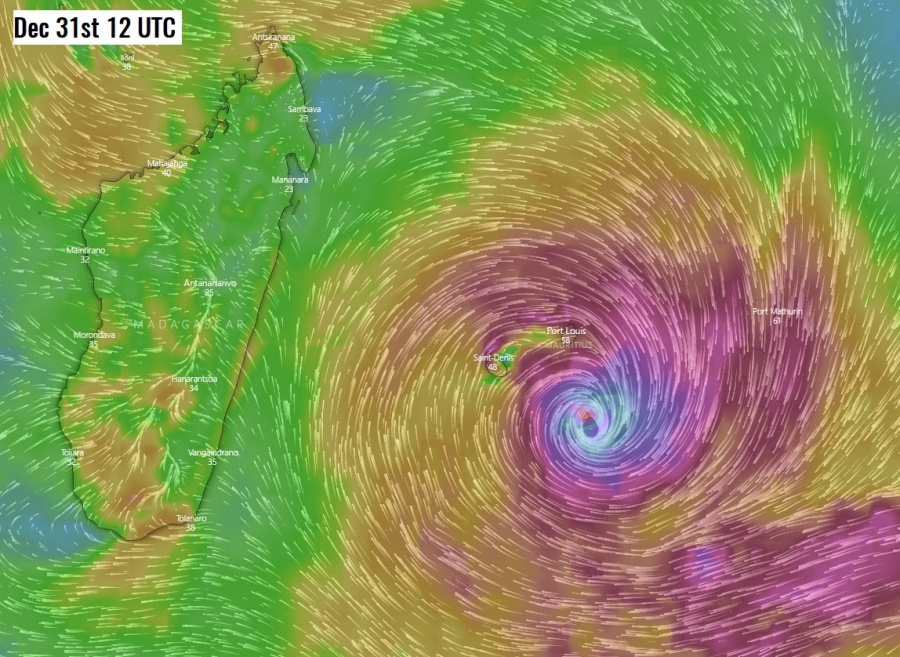 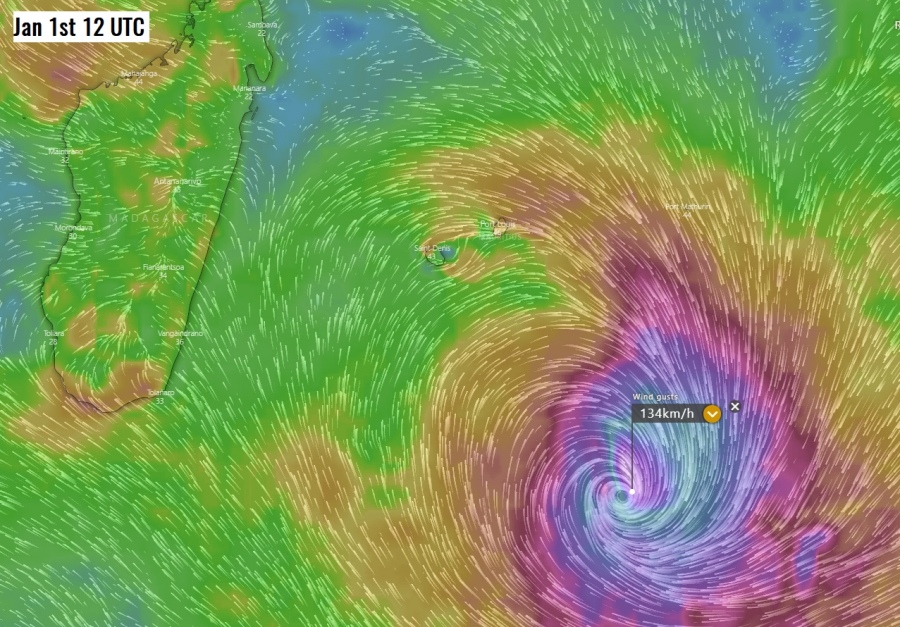 Another cyclone is strengthening north of Madagascar today, expected to make landfall on the island on Sunday