We have discussed about a new Tropical Storm #Calvinia near Mauritius yesterday, which is now very near the island and resulting in damage already. Rough weather is associated with the slowly approaching tropical storm, these conditions will worsen as the storm moves closer during the next 12-24 hours. Calvinia’s current intensity is equivalent to a North Hemisphere tropical storm strength. Soon as Calvinia moves away from Mauritius, it will turn sharp south and gradually accelerate towards the open waters of the SW Indian Ocean.

NEW UPDATE: Severe Tropical Storm #Calvinia is continuing to strengthen but is finally moving away from #Mauritius

Some pretty impressive satellite presentation is found today, revealing spectacular upper-level outflow patterns and a quite intense explosive convection around the center of the cyclone. Its center was lately just shy east-southeast of Mauritius! 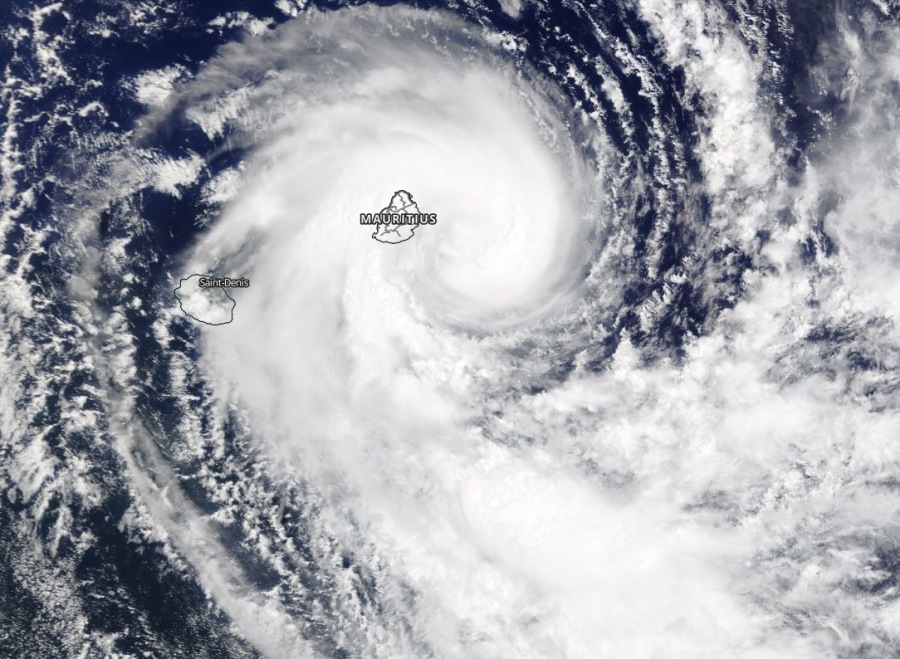 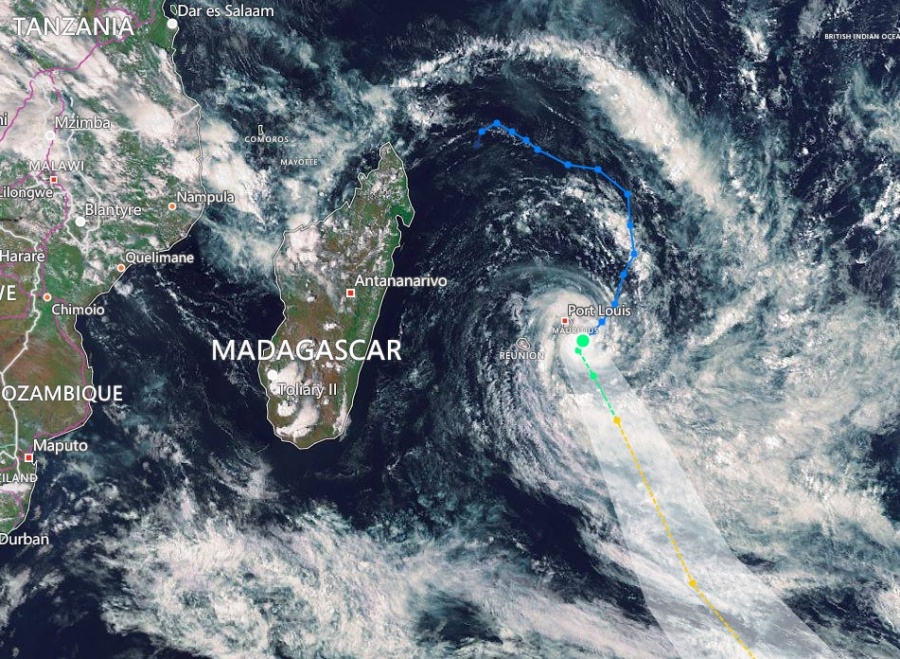 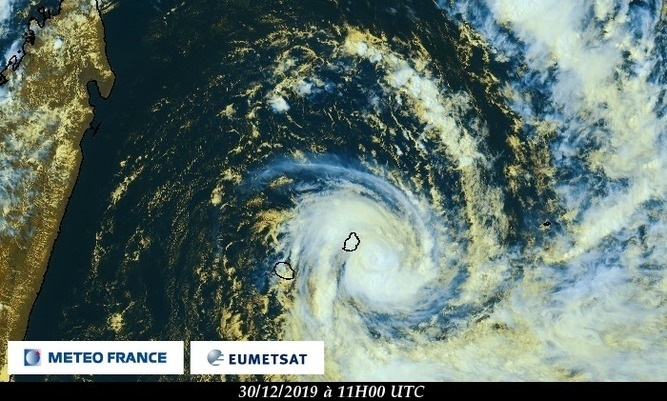 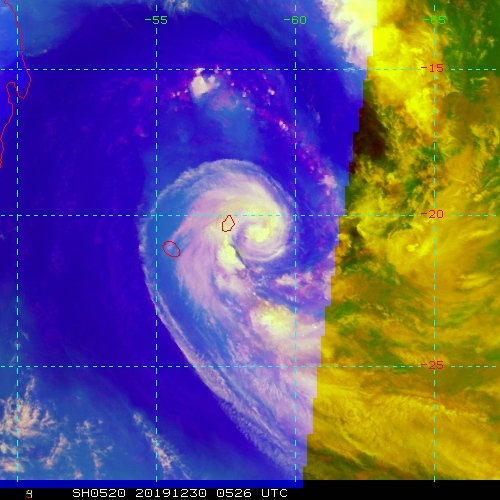 The ocean this morning as we’re being hit by cyclone #Calvinia. And we were swimming in the sea only yesterday afternoon…Stay safe, Mauritius! pic.twitter.com/LTZyvcx7ej

The Ocean Heat Content (OHC) map indicates Calvinia is currently in a rather good fuel for storms and should remain is similar conditions for another 36 hours, meaning it will maintain its current intensity or even slightly intensify with time. After 48 hours, Calvinia ejects out of the best ocean sea surface conditions and accelerate towards south-southeast.

The future track will bring Calvinia center close to landfall in Mauritius, probably will be traveling just south of the island over the next 24 hours, with similar intensity as it is now. Then, Calvinia turns sharp south and accelerates into the open waters of the SW Indian Ocean. It will then dissipate soon, coming into cooler waters and stronger shear.

The GFS model guidance is quite interesting regarding Calvinia’s future intensity, as it indicates the cyclone will deepen over the next few days despite coming in more shear and cooler waters. However, it will already be away from any land areas at this time and moving over the open waters only. 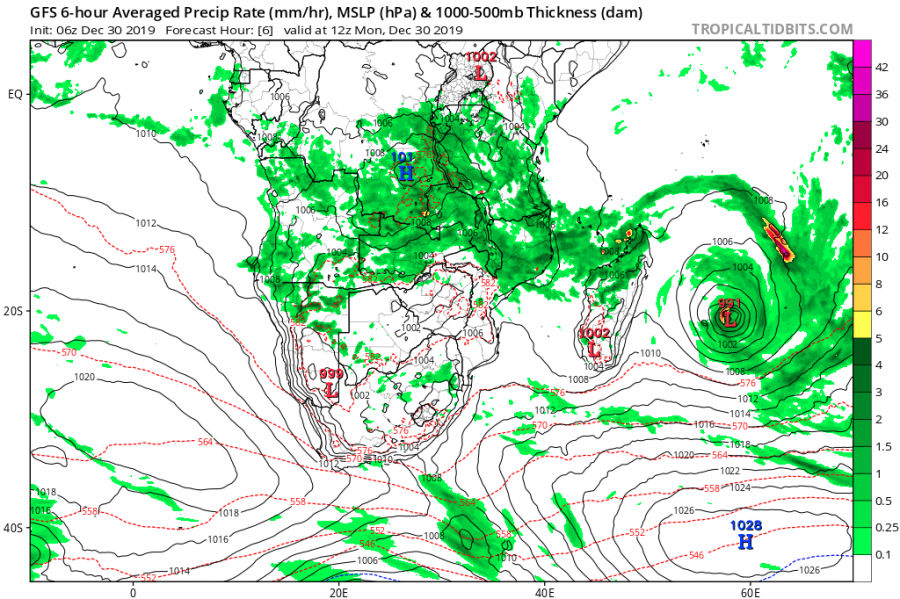 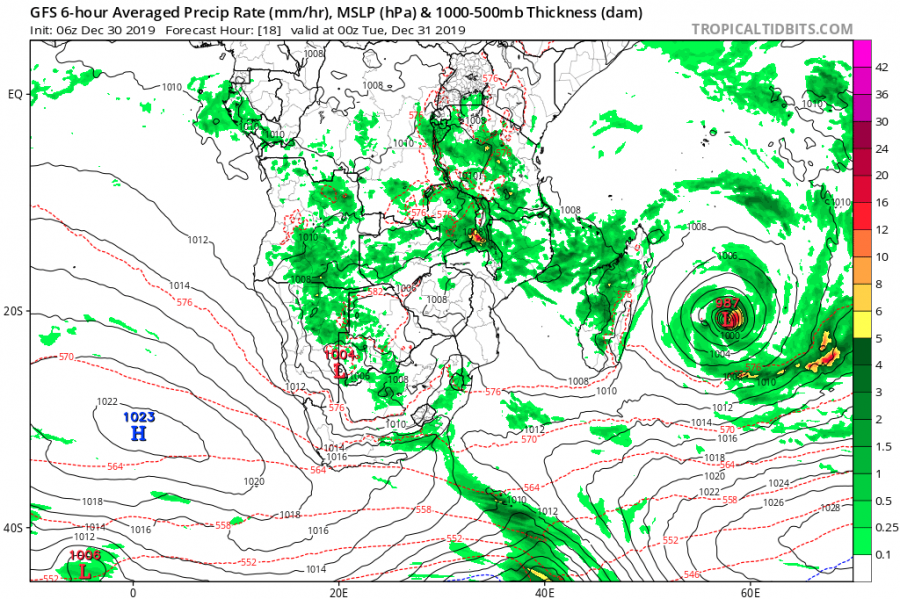 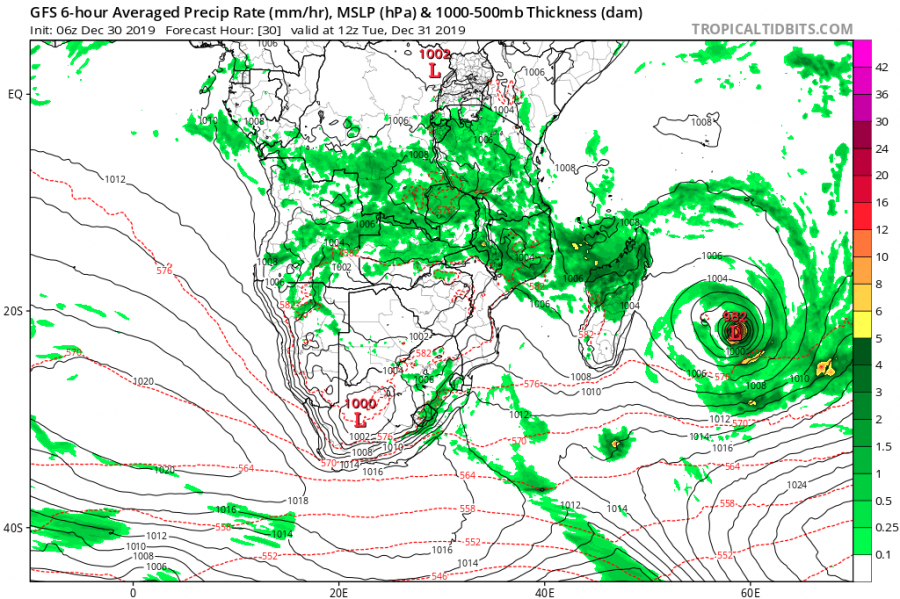 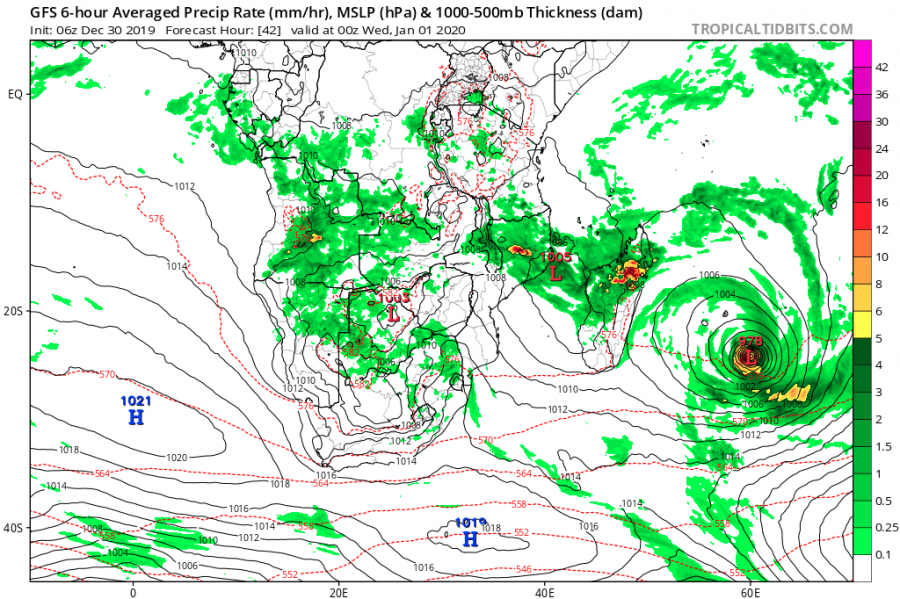 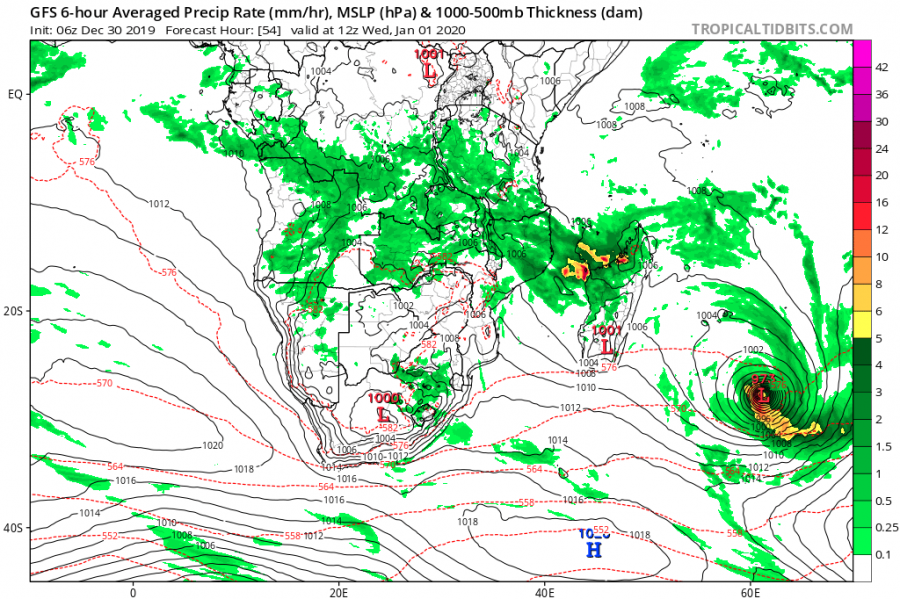 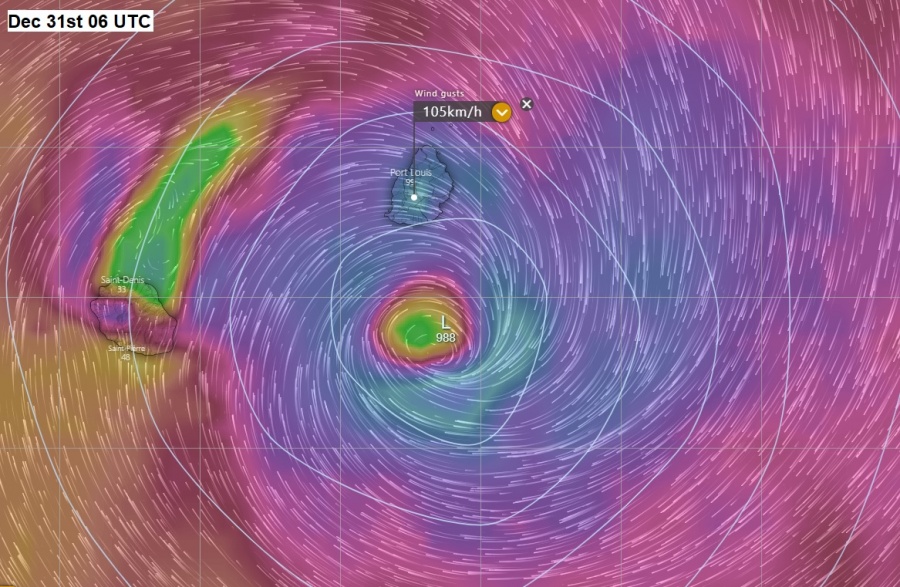