The former invest #22S is looking much healthier on the satellite imagery, it is now officially named Tropical Cyclone #Herold. Its explosive behavior lately suggests the system is likely ready to begin rapid intensification this morning as it heads towards the southeast, away from Madagascar. As ob 18 UTC on March 13th, Herold was packing maximum sustained winds of 45 knots with a central pressure around 999 mbar. Its future track should bring it between Mauritius and Rodrigues islands, where both islands are still not out of the potentially significant impact. 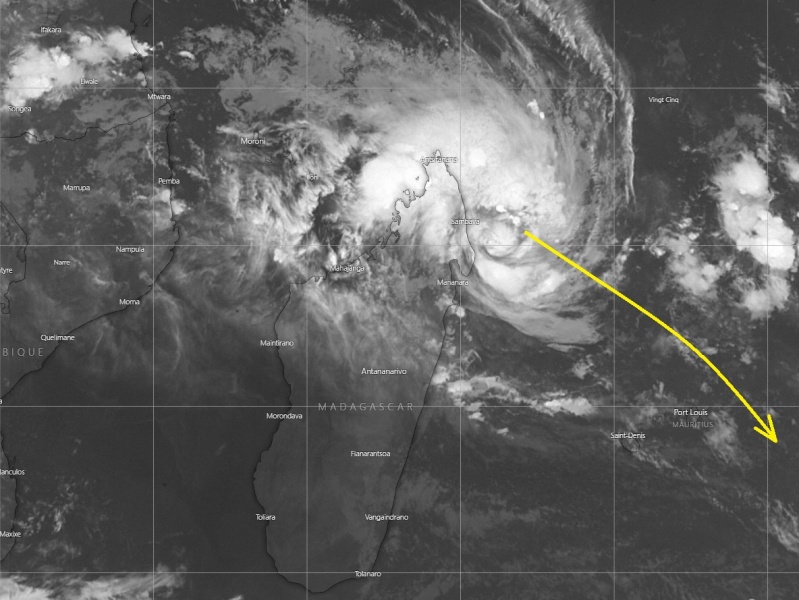 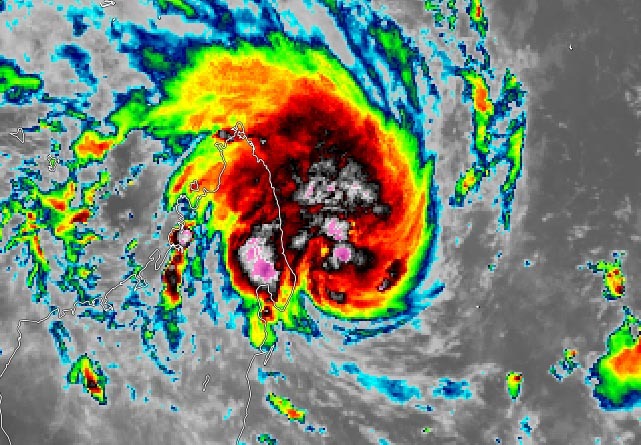 75-100 miles winds radii of 34-knot winds are already expanding around the developing system, located just off northeast Madagascar. Conditions are expected to significantly worsen over the weekend with likely developing a hurricane-force 64-knot winds radii as well.

The future behavior and path of #Herold is more or less on track with the previous thinking, it will be moving southeast and rapidly intensifying over the next 48 hours. The system is coming into extremely favorable very warm sea waters and a low-shear environment, so a significant strengthening is expected. Herold is expected to peak on Monday afternoon while being located to the northeast of Mauritius. 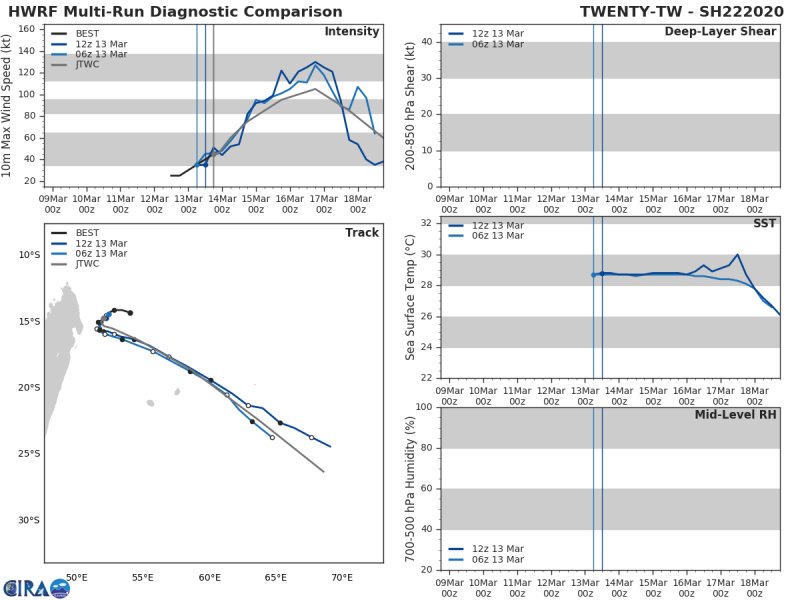 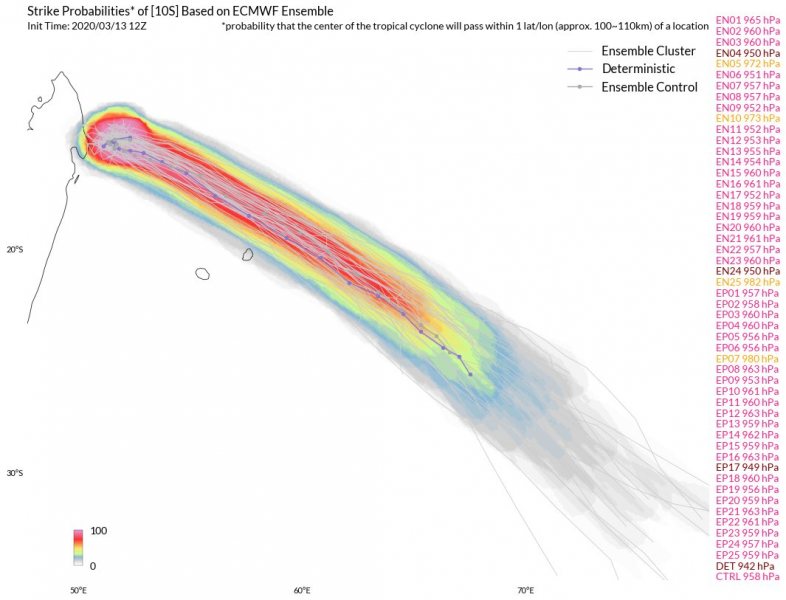 Model trends suggest it will pass between the islands Mauritius and Rodrigues as an Intense Tropical cyclone on Monday. 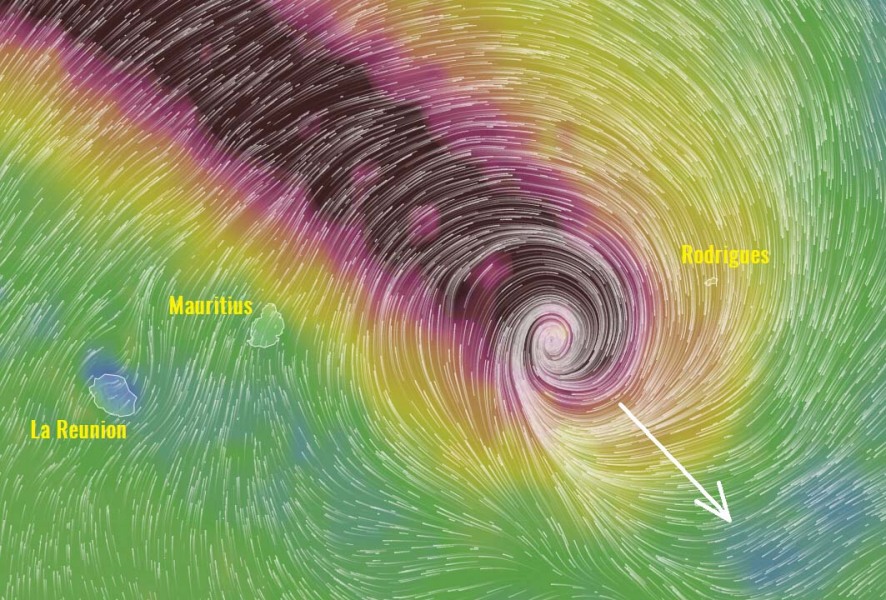 The system’s violent winds are well-visible on the wind swath maps. Herold will remain a very powerful tropical system until mid next week when it gradually transforms into an extratropical cyclone and slowly dissipates: 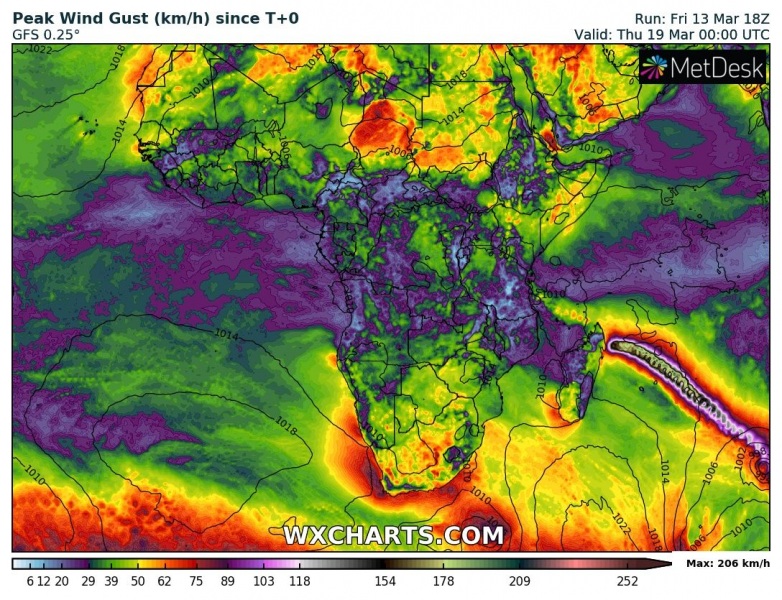 A tropical depression #91S is organizing along northeast Madagascar, the potential is increasing it could become a *violent* Tropical Cyclone while traveling across Southwest Indian Ocean

There is another tropical cyclone ongoing near Australia now – #Gretel: