As expected, the former Invest #96S along northeast Australia has intensified into a Category 1 Tropical Cyclone #Gretel. It is packing maximum sustained winds of 40 knots with the central pressure of 989 mbar. The system will be strengthening further while moving near New Caledonia over the next 48 hours (Today-Sunday and Monday), potentially even reaching northern New Zealand by mid next week.

Satellite imagery reveal an impressive explosive storm around the center of the system, with very healthy upper-level outflow visible. The system is organizing and deepening. 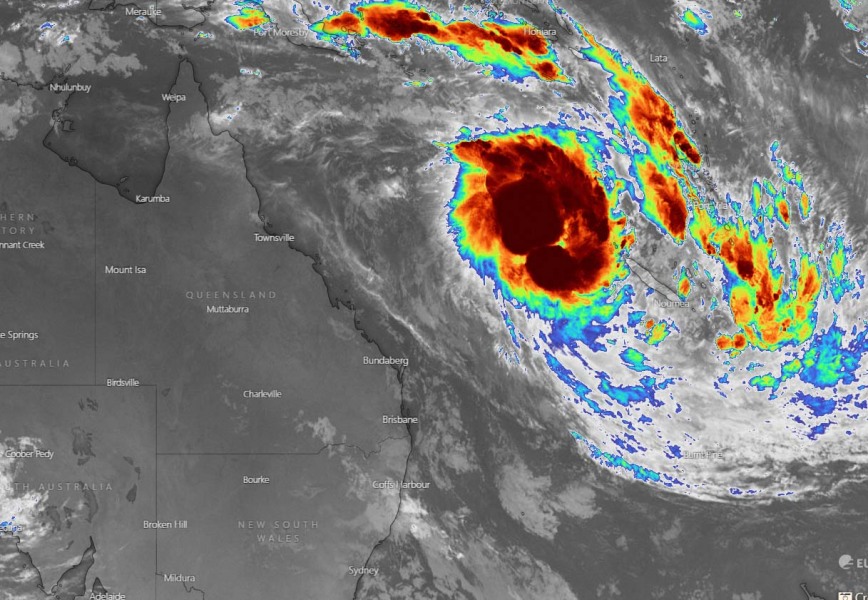 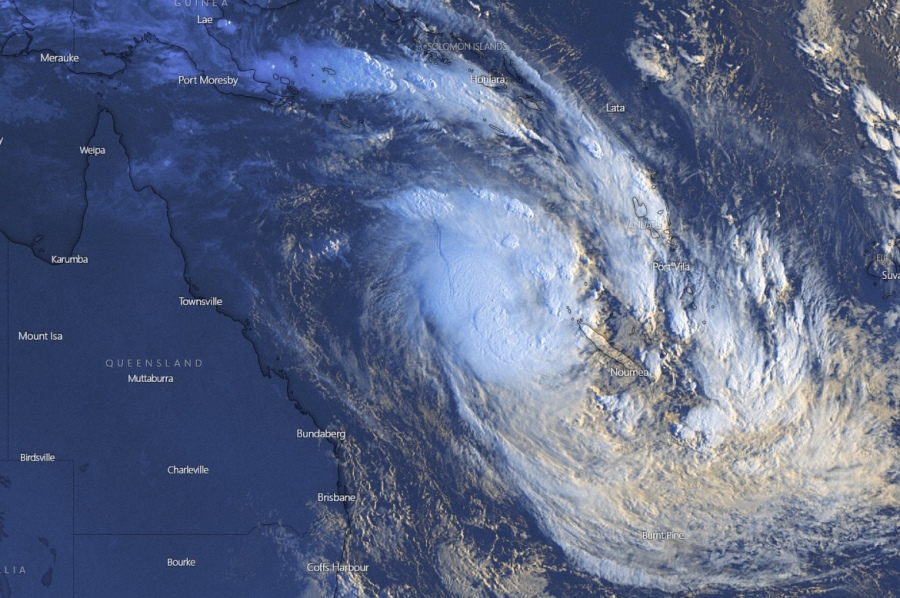 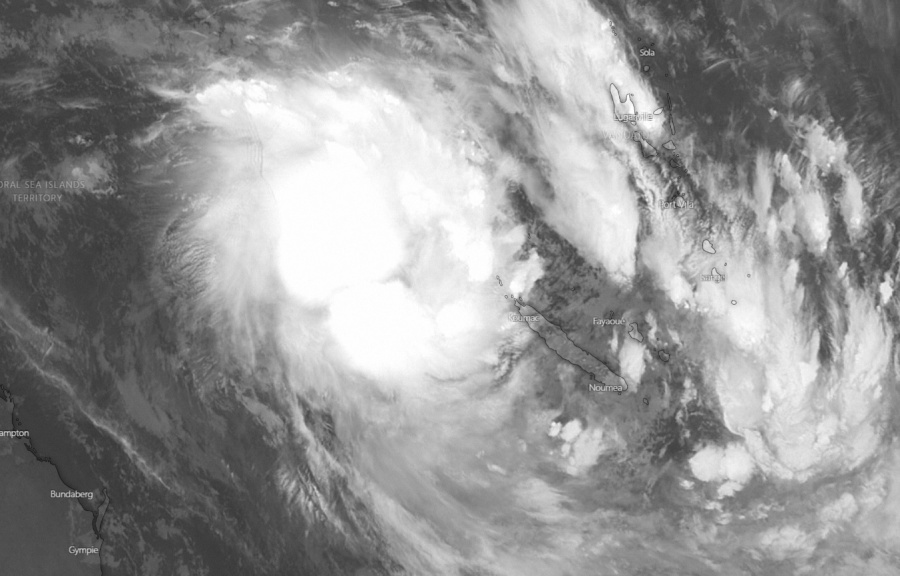 Tropical Cyclone #Gretel has formed east of #Australia and is forecast to pass close to New Caledonia over the next couple of days. pic.twitter.com/aaX76R5GKH 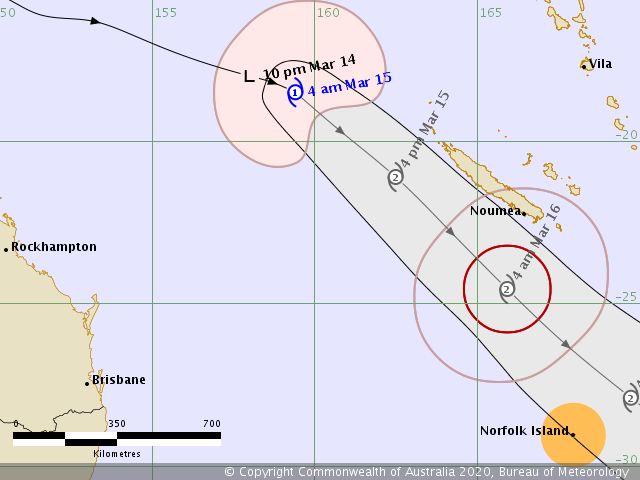 Here is the GFS model guidance of the system until Tuesday: 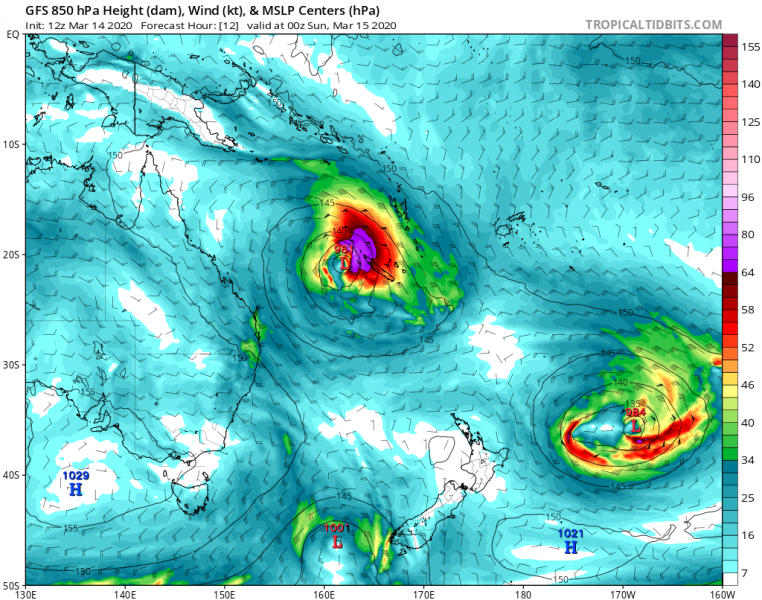 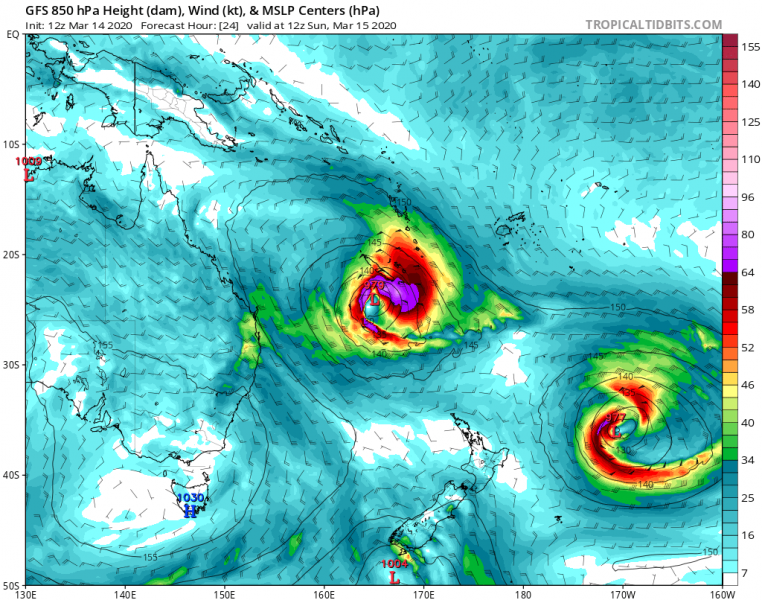 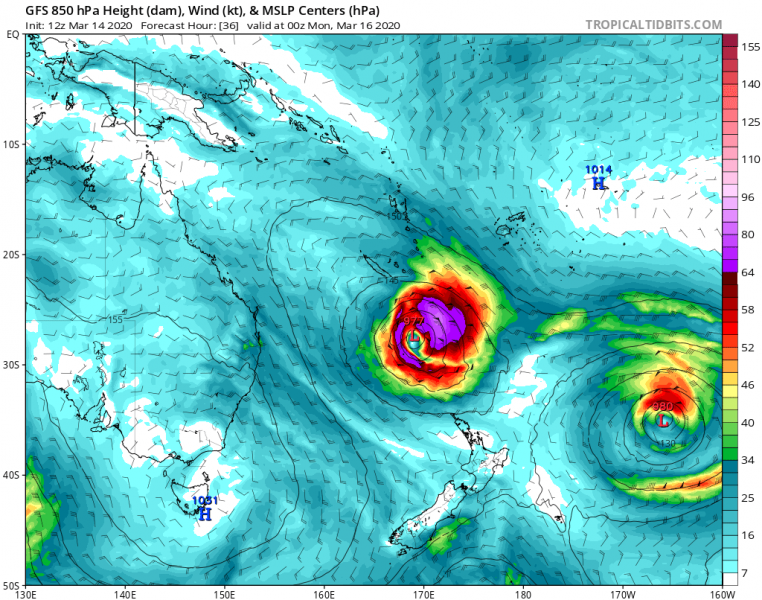 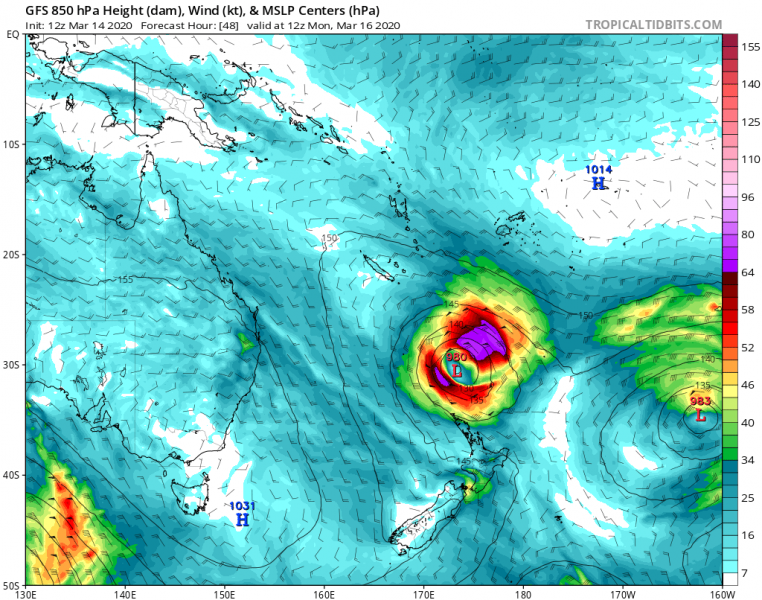 A broad severe winds swath will also affect New Caledonia. A huge amount of rain is visible along Gretel’s path over the next 3 days: 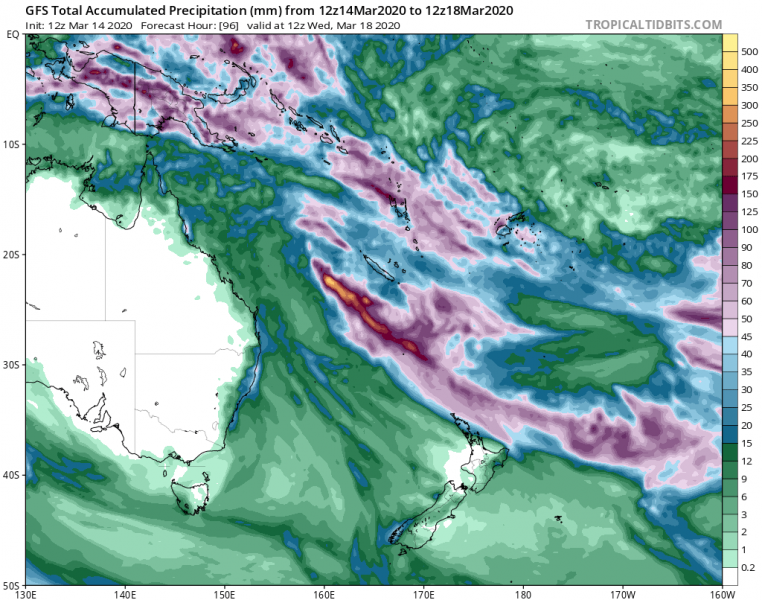 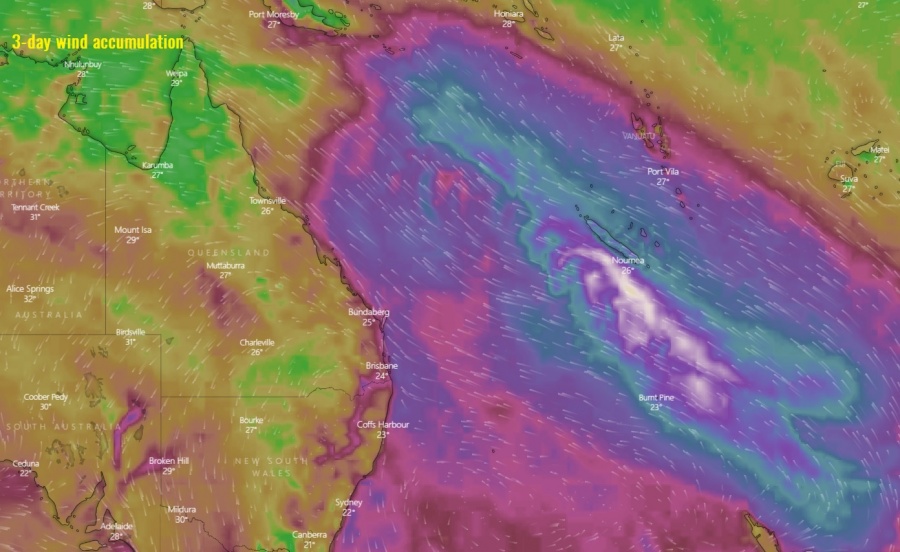 We will keep you updated with further details over the next days – Stay tuned. See also previous discussions:

A Tropical Low #96P is intensifying along northeast Australia – should become a severe tropical cyclone while passing near New Caledonia over the weekend, then heads towards New Zealand next week