A rapidly strengthening Tropical Cyclone #Herold continues to churn just off the eastern coast of Madagascar, maintaining its almost stationary position. There is a small eye becoming visible lately. Herold is packing the maximum sustained winds of 70 knots (80 mph / 130 km/h) and a central pressure of around 979 mbar. Its movement is east at less than 5 mph. Herold is expected to accelerate towards southeast tomorrow and should intensify into a Category 3 system. It will become extremely dangerous while passing very near to Rodrigues island later this week! 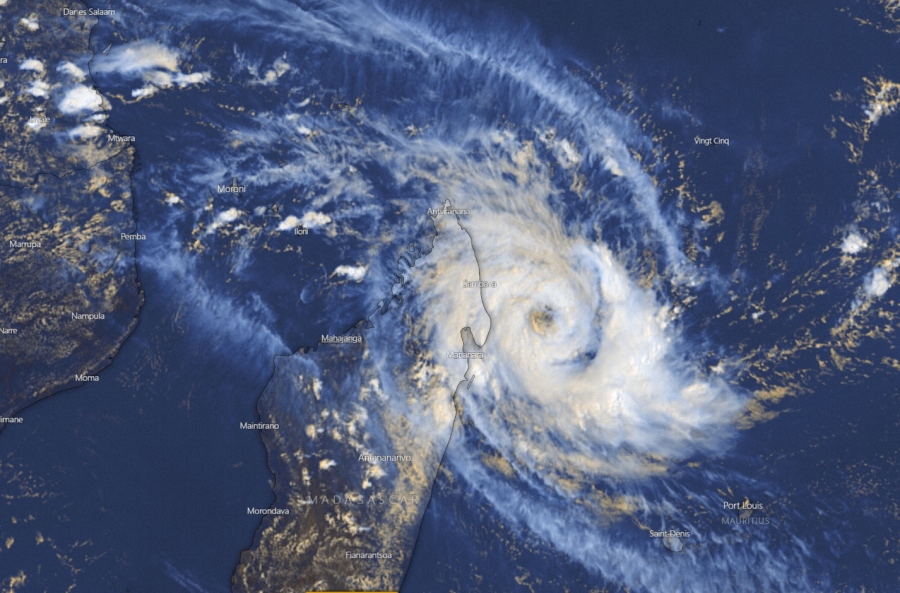 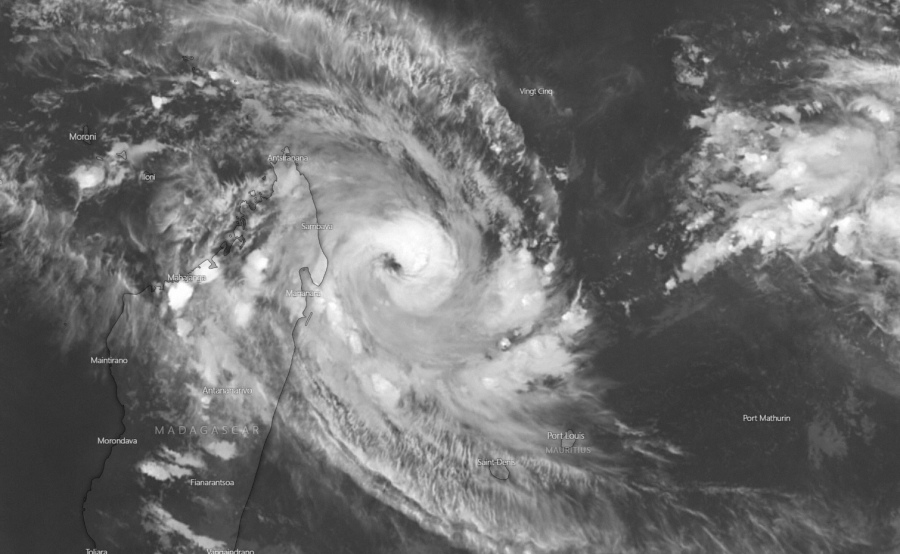 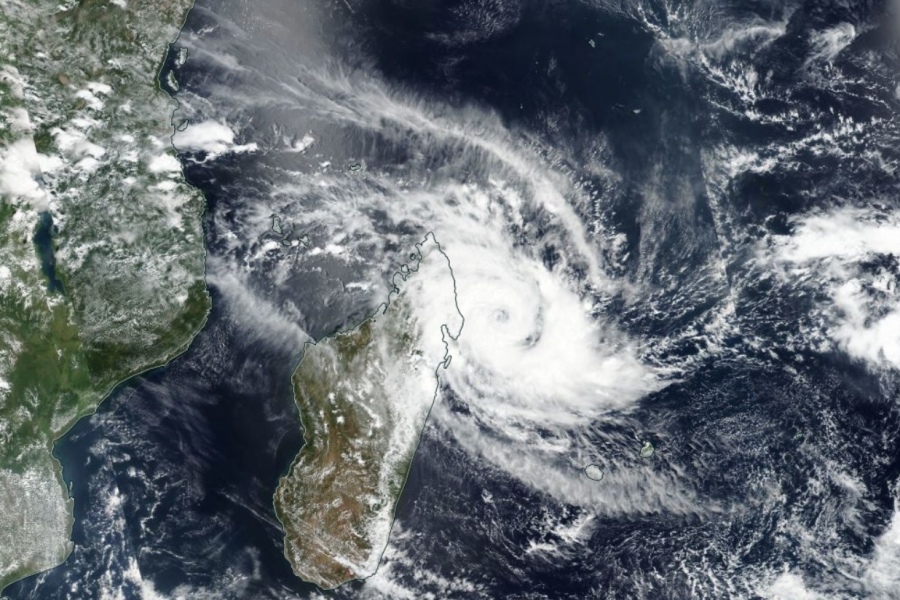 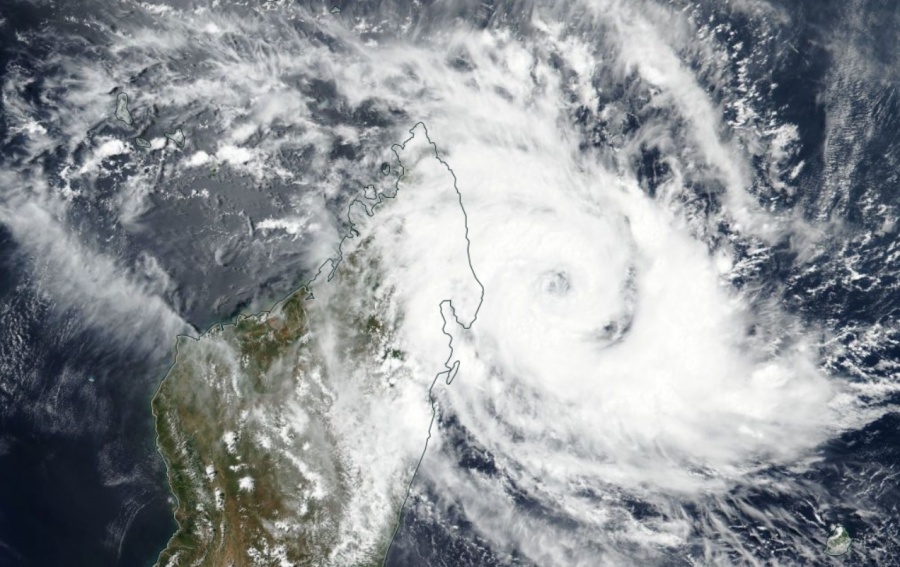 #Cyclone #Herold continues to churn just off the eastern coast of Madagascar in the same exact spot as 24 hours ago. The storm’s outer core appears to be struggling to develop, but an ragged eye is clearly visible. It will begin finally moving east throughout the rest of the day. pic.twitter.com/cFlPqQttp7

Tropical Cyclone Herold will likely maintain its current position tonight, then begin accelerating towards southeast on Monday. It will track further north and east of Mauritius and is likely to pass very near the Rodrigues island with intense strength. Destructive winds and flooding are possible! Lots of rain is expected near the center of Herold as well as hurricane-force winds! 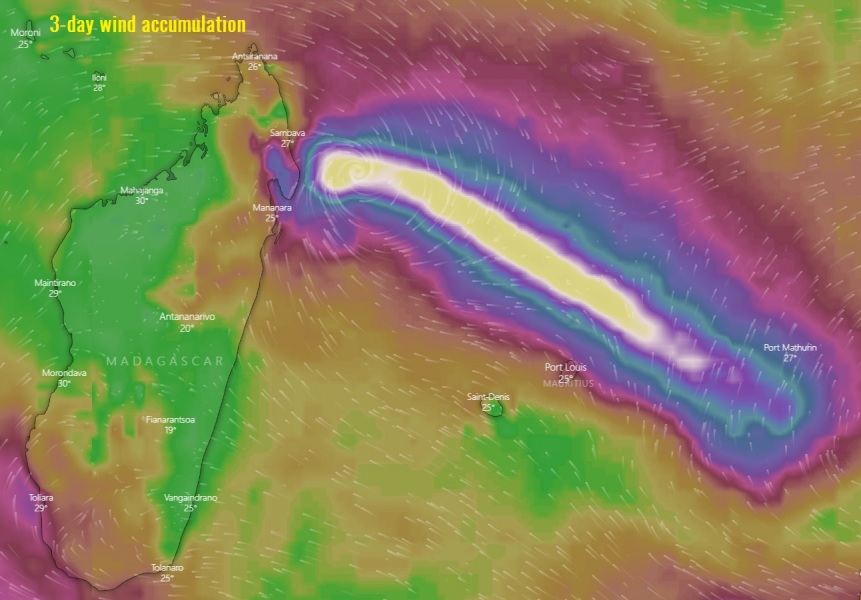 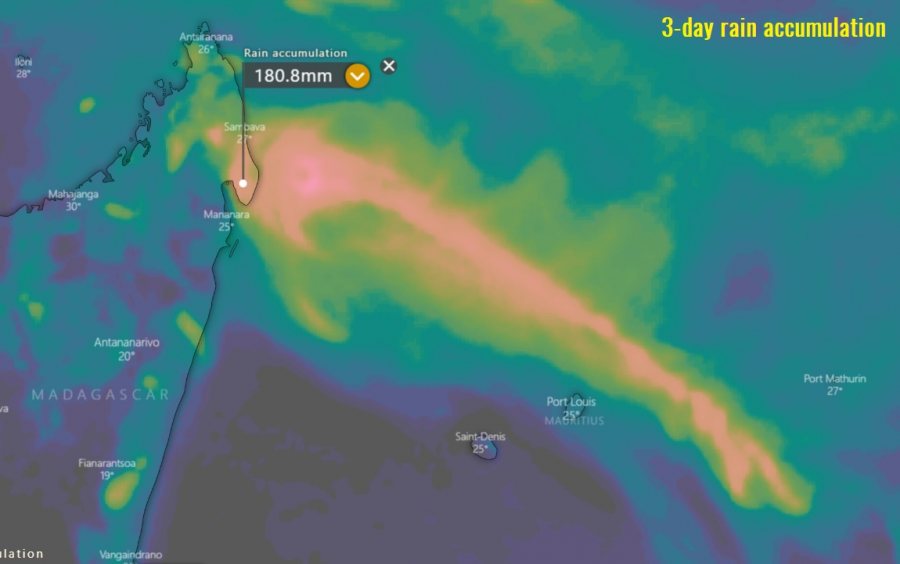 See the previous discussion and stay tuned for further updates!