Here are the fresh updates on the tropical depression – Invest #91S along the northeast Madagascar today. The system is slowly moving away from the island, drifting southeast. The latest model guidance suggest its core will pass to the north of Mauritius and save the island from any significant threat except excessive rainfall locally. However, models are trending towards a very significant intensification of the #91S, potentially becoming a *violent* Tropical Cyclone in the Southwest Indian Ocean this weekend.

Satellite imagery indicates the system is becoming quite large and organized, the upper-level outflow is very healthy. Suggesting the #91S has favorable conditions for significant strengthening, developing an intense core of Tropical Cyclone. 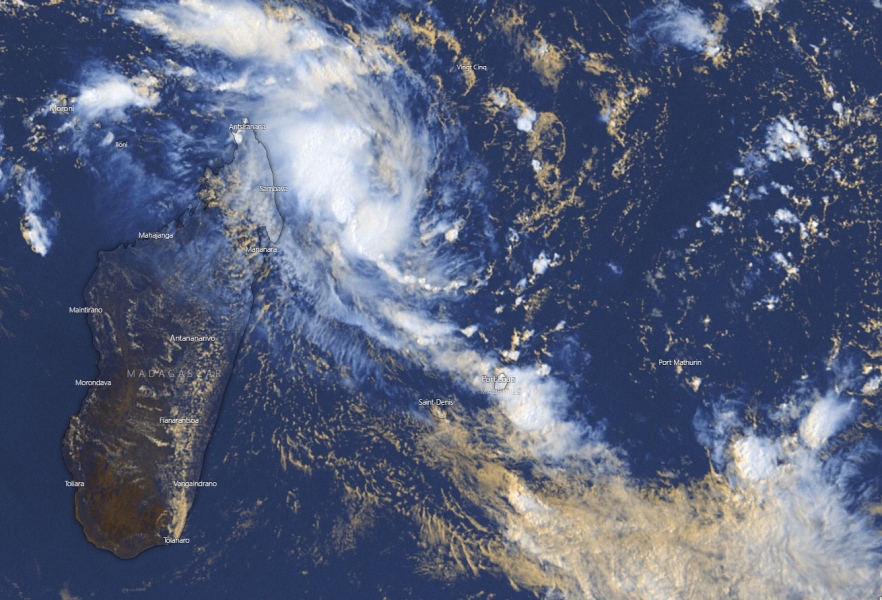 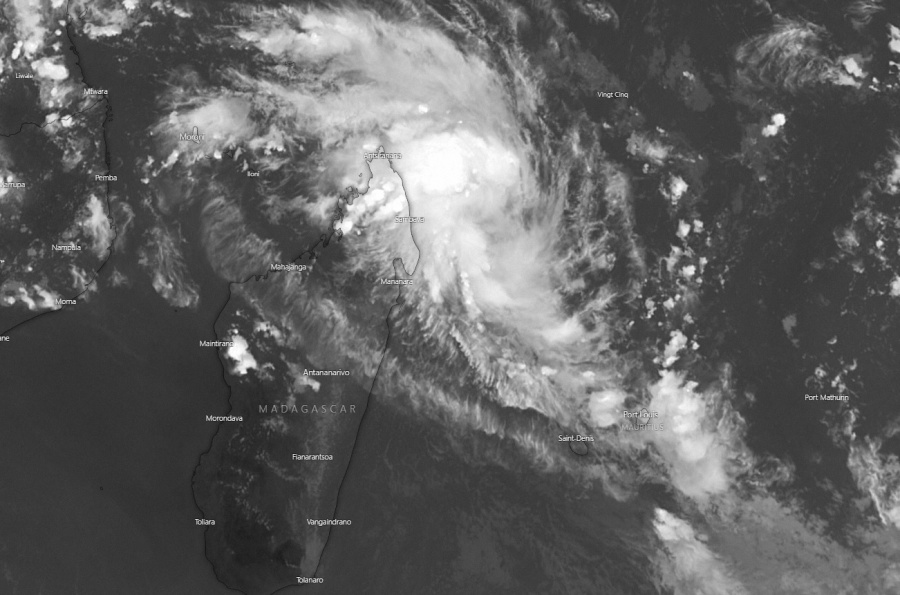 Global models ECMWF and GFS suggest the system will continue southeast over the next 5-7 days. The ECMWF model is being more aggressive and takes more southern track than GFS, however, both are bringing the system very close to Rodrigues island, located east of Mauritius in the Southwest Indian Ocean. The area could be badly hit! 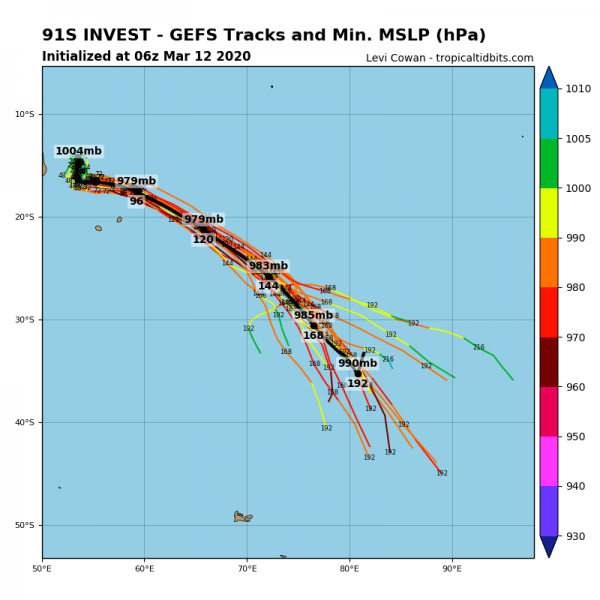 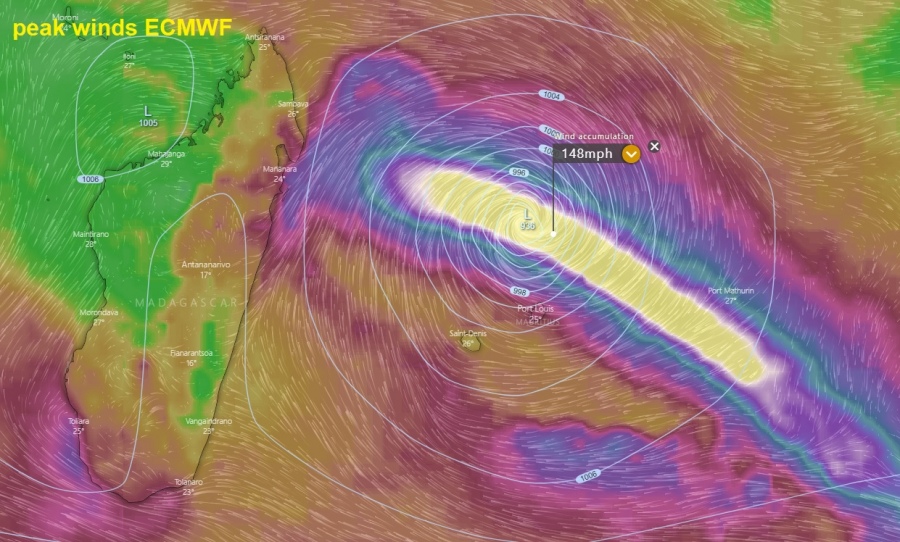 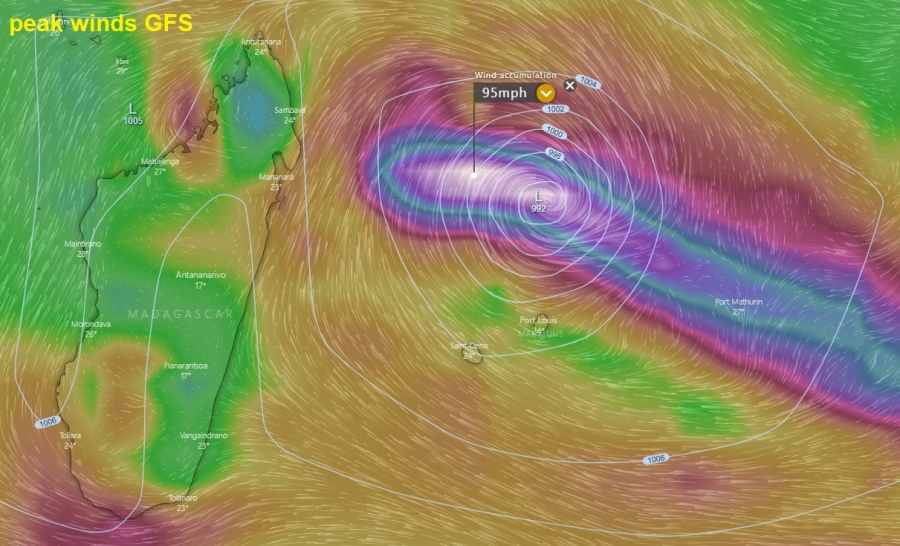 The system will be moving quite slow, so huge amounts of rain are likely to expect. Attached is a comparison of GFS and ECMWF models: 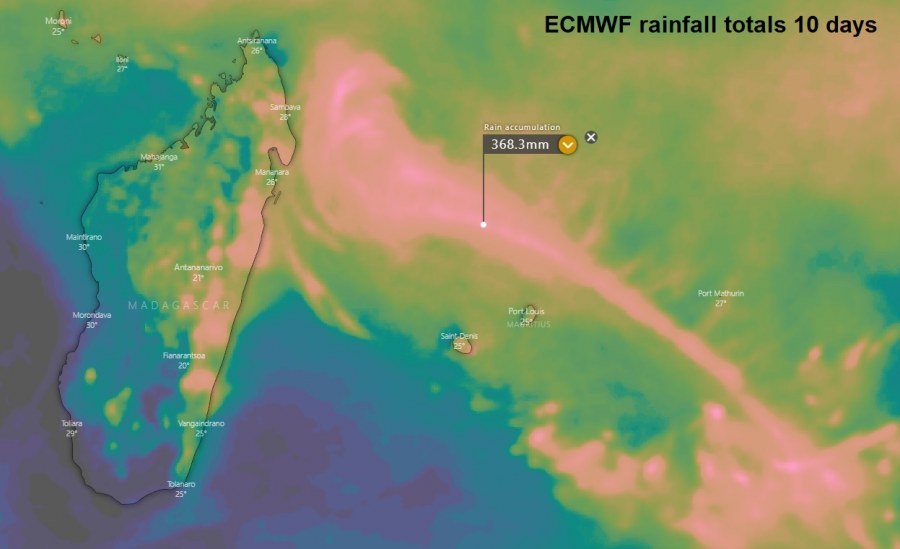 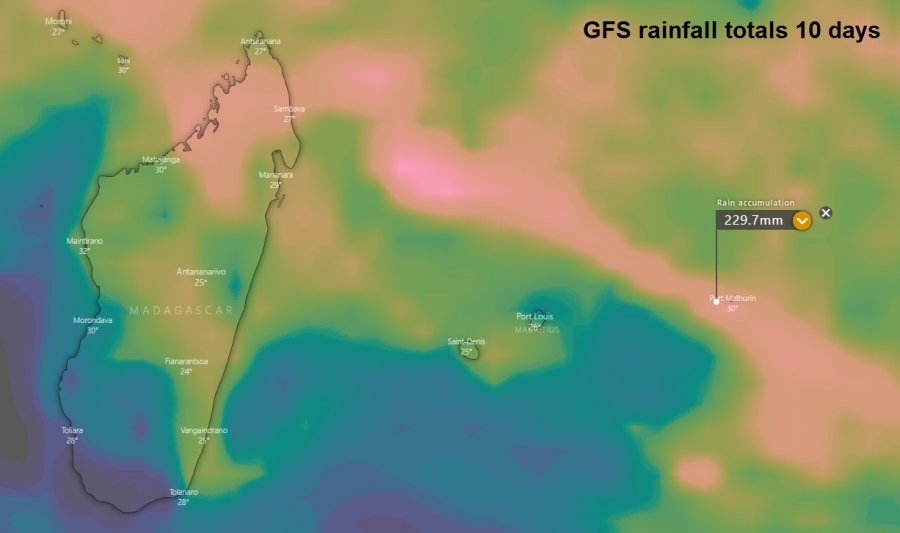 We will continue monitoring system’s evolution and will keep you updated – stay tuned!