Latest satellite observation indicates the Tropical Storm #Phanfone / #UrsulaPH is going through some more significant strengthening and is likely already a Category 1 typhoon. An impressive satellite presentation and Dvorak analysis indicate the storm is now packing winds of around 75 knots / 85 mph / 140 km/h with central pressure already near 980 mbar. This is indeed beyond a Category 1 threshold and the official updates should upgrade the system to a typhoon! It is heading west-northwest towards the landfall in the Eastern Samar, Philippines within the next 24 hours – on Christmas evening! Phanfone will likely be a strong Category 1 typhoon and then continue across the Philippines with some fluctuations in strength before intensifying again once it ejects into the South China Sea on Thursday.

Typhoon #PHANFONE was undergoing a rapid intensification while making an intense Category 2 landfall in the eastern Samar, Philippines on Christmas evening, Dec 24th

Satellite image reveals a fairly impressive structure of the upper-level outflow in all directions, meaning Phanfone continues strengthening while moving towards the Philippines today. Daytime VIS and IR channels indicate the explosive convection is ongoing around the center while microwave data begins to show a forming eyewall. Some dry air seems to be present over the NE quadrant, but should not be too harsh on the system’s future behavior. Very favorable warm sea waters along the eastern parts of the Philippines should support additional strengthening prior to landfall. 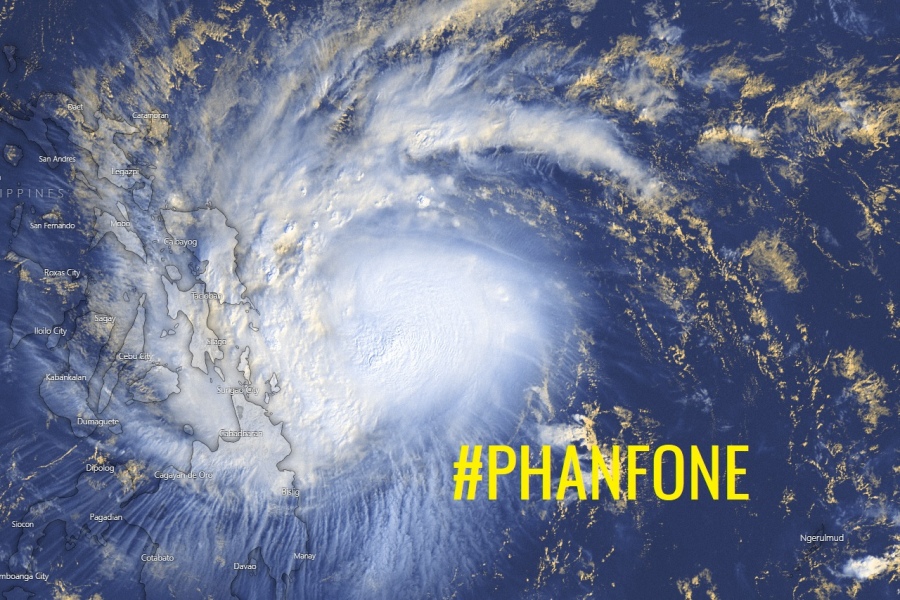 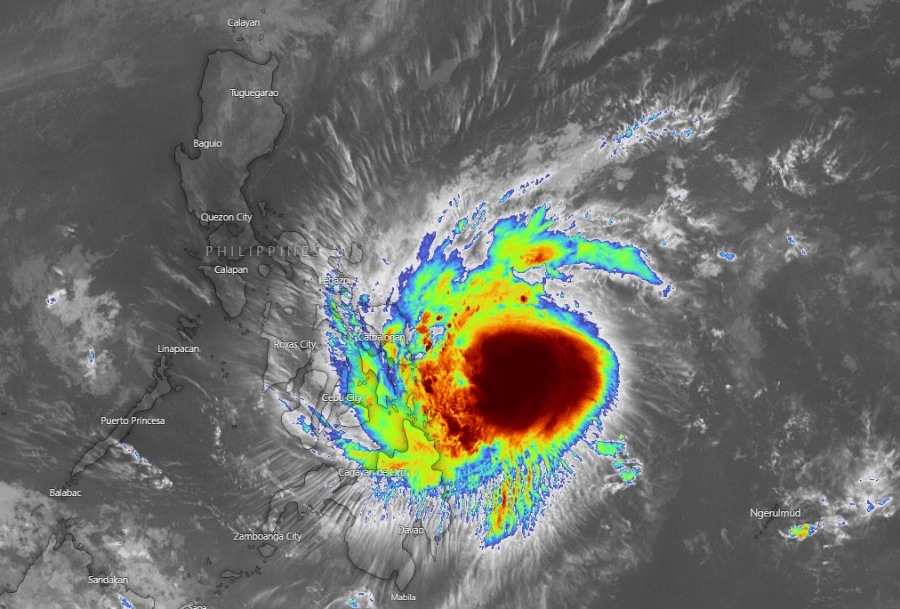 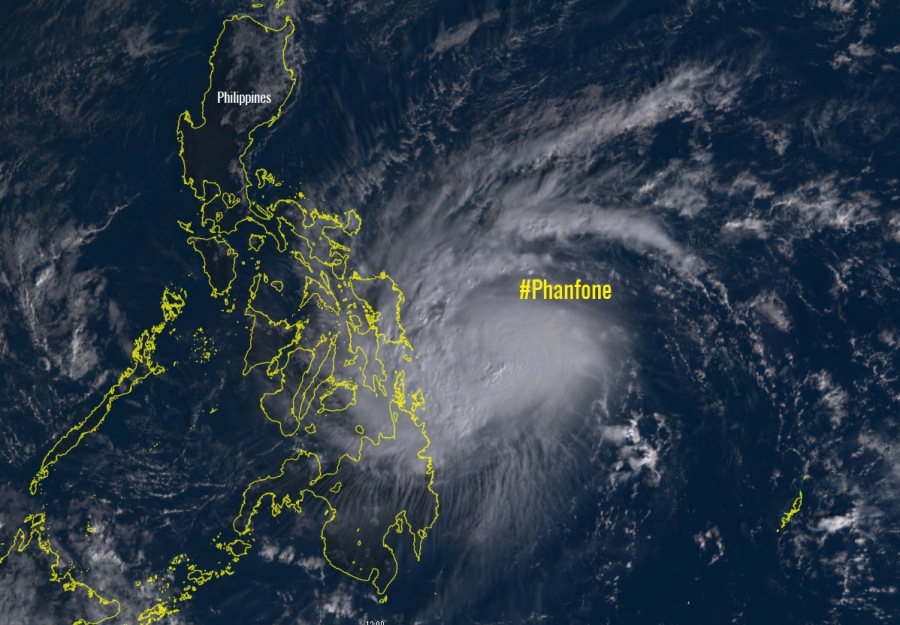 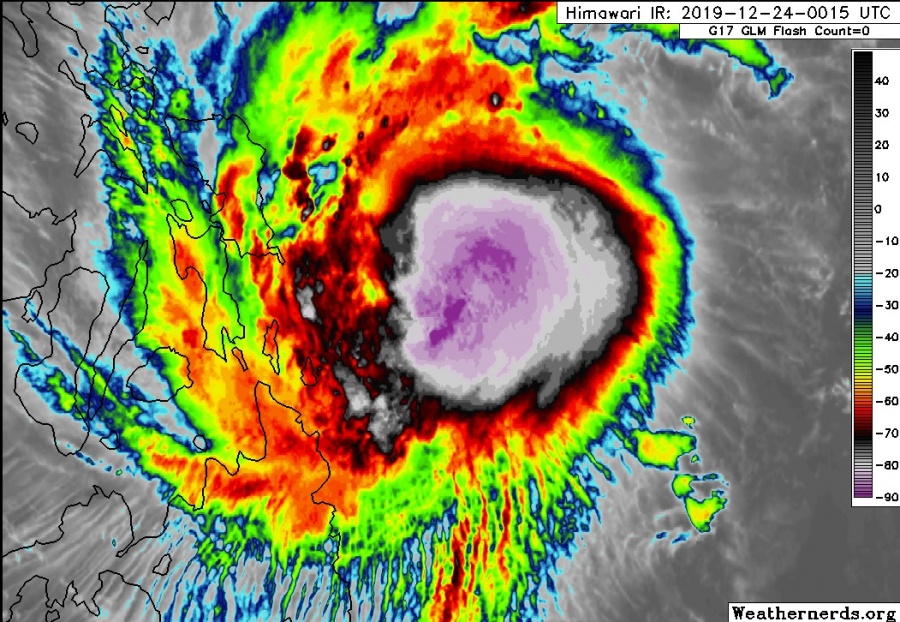 Visible image loop of #Phanfone / #UrsulaPH as it approaches the Eastern Part of the Visayas. Could make landfall as a typhoon.

Advanced Dvorak Technique (ADT) analysis suggests the Phanfone is now already a Category 1 typhoon, with near 75 kt winds and 981 mbar central pressure. Cloud tops are very low around -80 °C, based on the IR satellite imagery. The system’s wind field is increasing and expanding, having 50 kt wind radii 35-40 miles around the center and already 10-15 miles of 64 kt radii. Phanfone was strengthening significantly during the past 6 hours.

The future track will bring Phanfone / Ursula into the Philippines later today, as dangerous landfall is expected within the next 24 hours, likely acting as a strong CAT 1 (or even low-end CAT 2) typhoon. It will then cross the Philippines, traveling enough south of Manila to not have a significant impact there and then re-intensify again when it reaches the South China Sea sometime on Thursday. 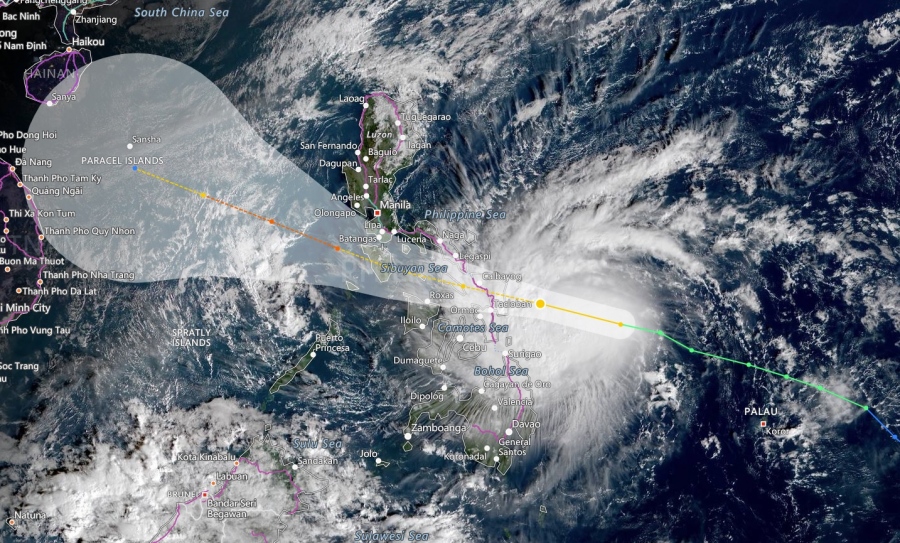 Tropical storm #PHANFONE forms in the western Pacific, heading towards a potentially dangerous typhoon making landfall in the Philippines on Christmas