Tropical activity has been very poor in the past 2 weeks, soon after the tropical cyclone #Belna made landfall in Madagascar on Dec 9th. Lately, several tropical waves have formed in the western Pacific and West Indian Ocean, introducing the potential to become a tropical threat. Let’s take a look over the developing wave #98W which is rising the potential for its impact on the Philippines next week.

There are currently three (3) tropical waves active in the tropics – invest #96S in the West Indian Ocean moving west towards Madagascar, invest #97P moving SW towards New Zealand and #98W moving west towards the Philippines. As for now, the wave 98W has the highest potential to become a tropical cyclone in the coming days. 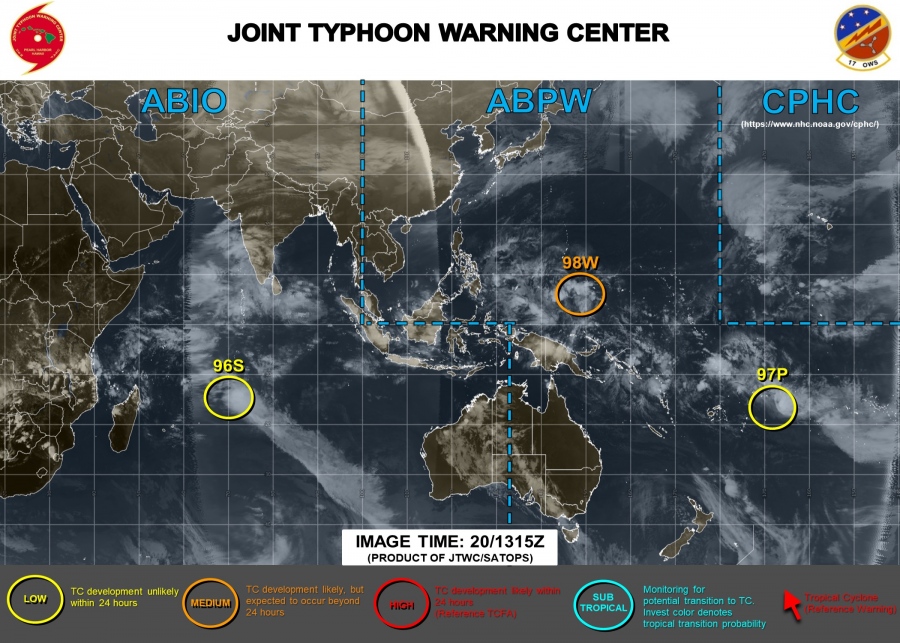 The main feature of interest, for now, is the wave #98W in the western Pacific. Satellite imagery reveals an explosive development of scattered storms around the virtual center of the low, although not organized into a cyclonic system yet. But looking over the satellite animations, bursts of convective towers are persistent during the past two days, including the improving upper-level outflow ventilation. Based on the satellite analysis, the 98W wave is packing maximum sustained winds of around 20 knots and a central pressure of 1005 mbar. 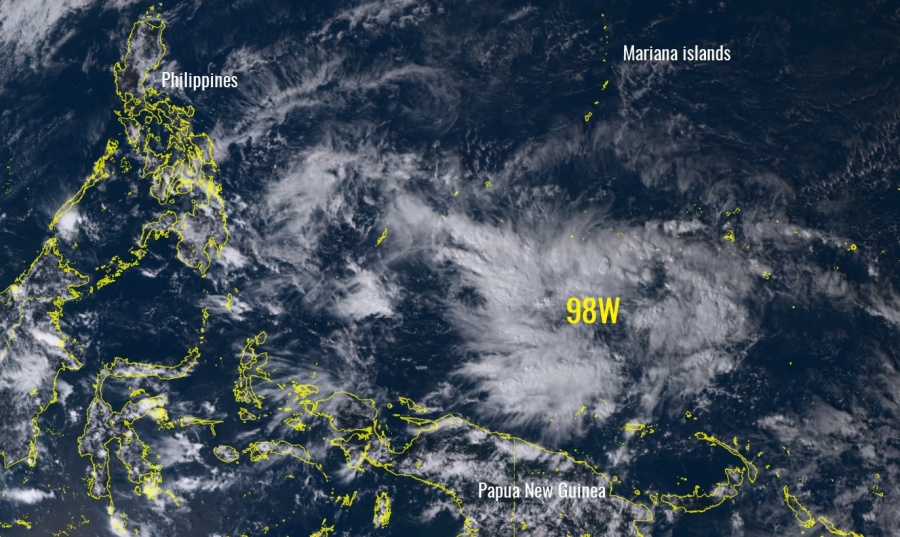 After a period of deadness worldwide in the tropics, We have Invest #98W bursting in convection as it moves west and could become an issue for the #Philippines on #Christmas Day. The next name on the International list is #Phanfone while PAGASA's next name is #UrsulaPH. pic.twitter.com/T1aVlGOmTt

Invest #98W will gradually continue moving west this weekend, going through relatively warm waters of western Pacific and within some marginal deep-layer shear. Some models are rising the potential the system could become at least a tropical depression by Monday, where the HWRF model is actually quite aggressive and hinting a development of a typhoon in the days around Christmas, moving into Philippines. However, trends are being monitored for wave’s evolution in the coming days. 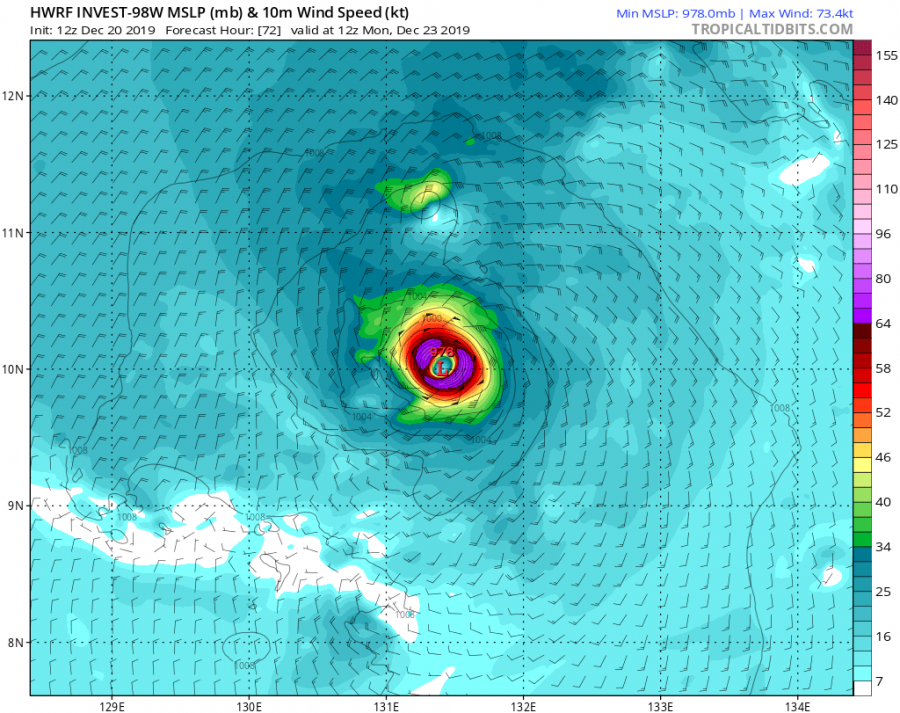 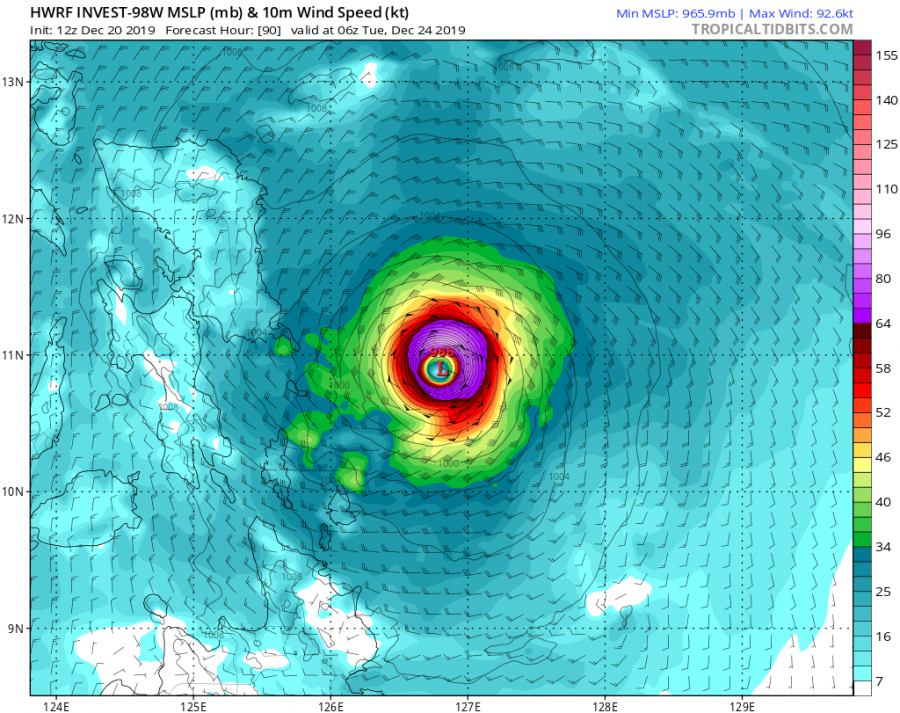 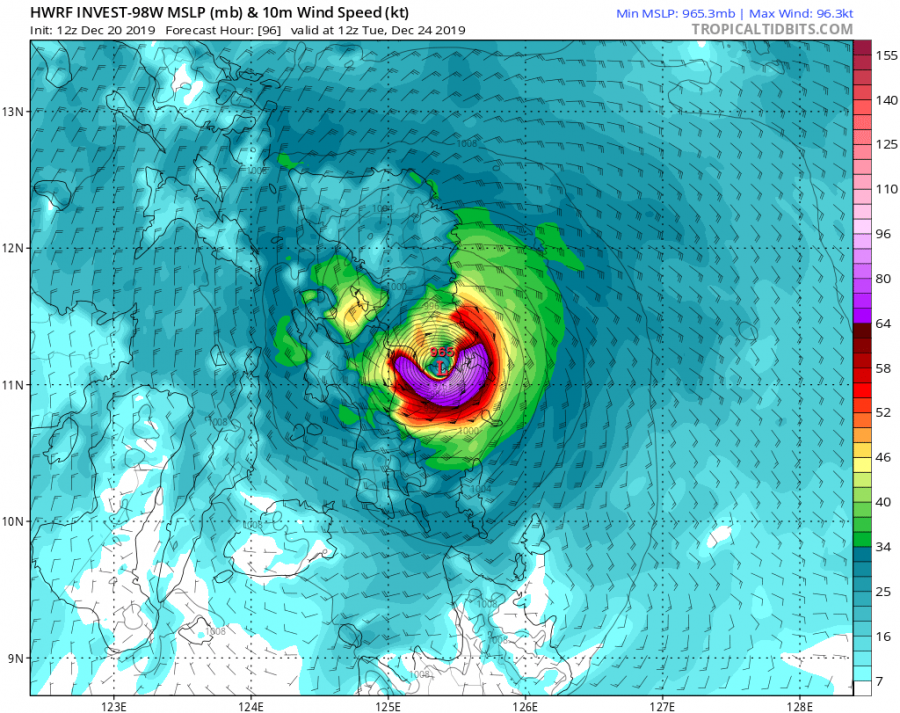 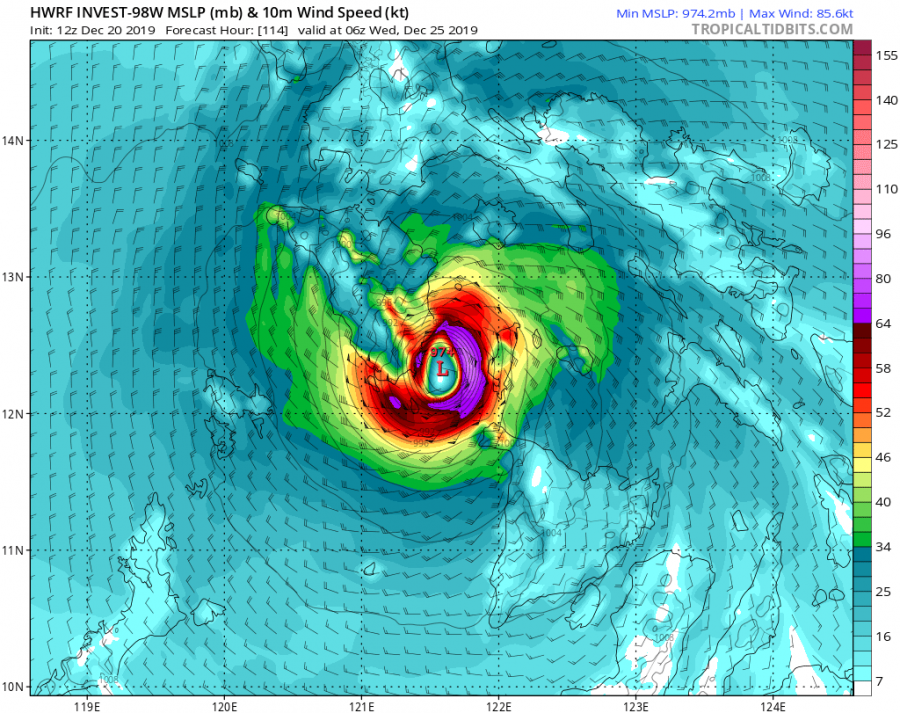 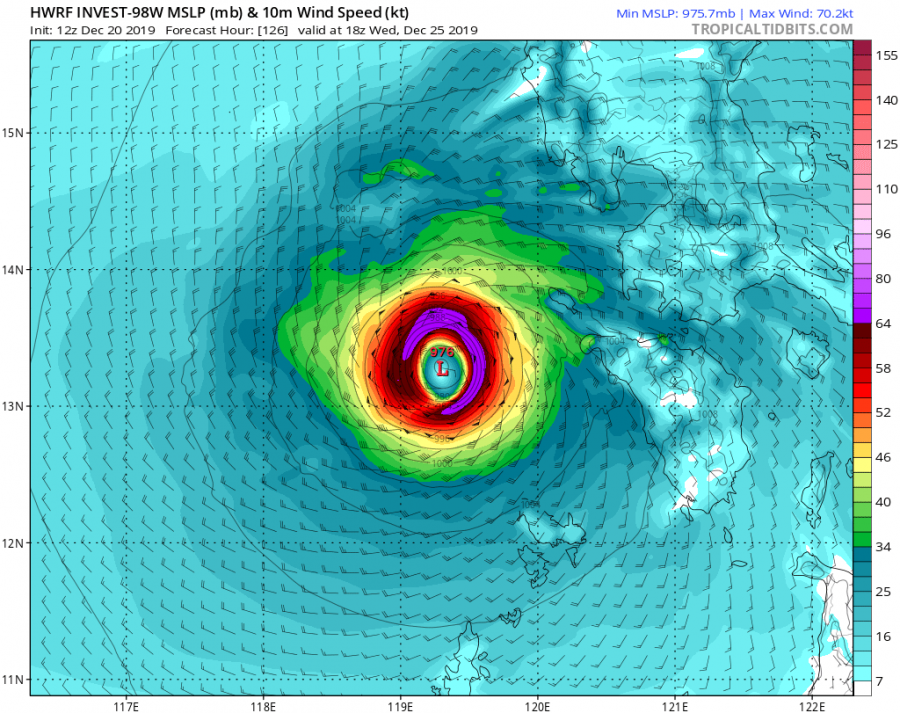 Stay tuned for updates by next Monday.