As expected by various models, the tropical wave #98W has organized into a depression yesterday and is already a Tropical Storm #PHANFONE today. Storm is currently located between the islands Yap and Palau, far east of the Philippines, packing maximum sustained winds of 35 knots with a central pressure around 999 mbar. Phanfone is expected to organize further in the coming days, potentially becoming a Category 1 (or even 2) typhoon on late Monday, Dec 23rd. Prior to making a dangerous landfall in the Philippines on Christmas. 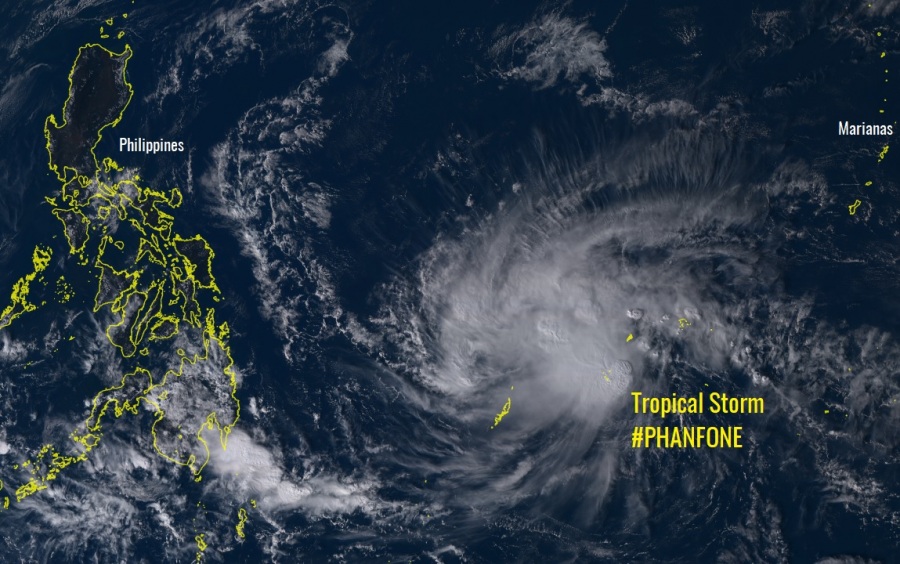 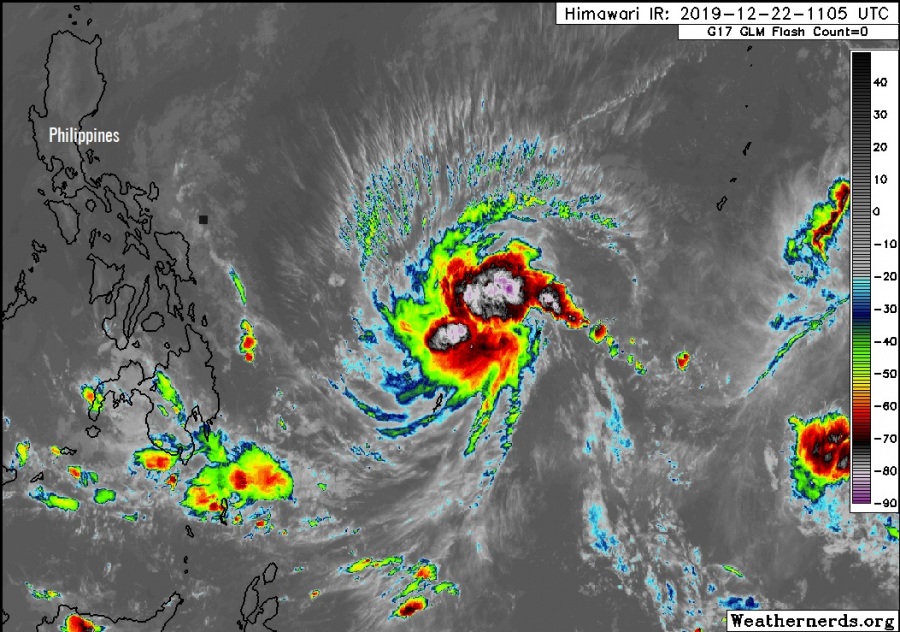 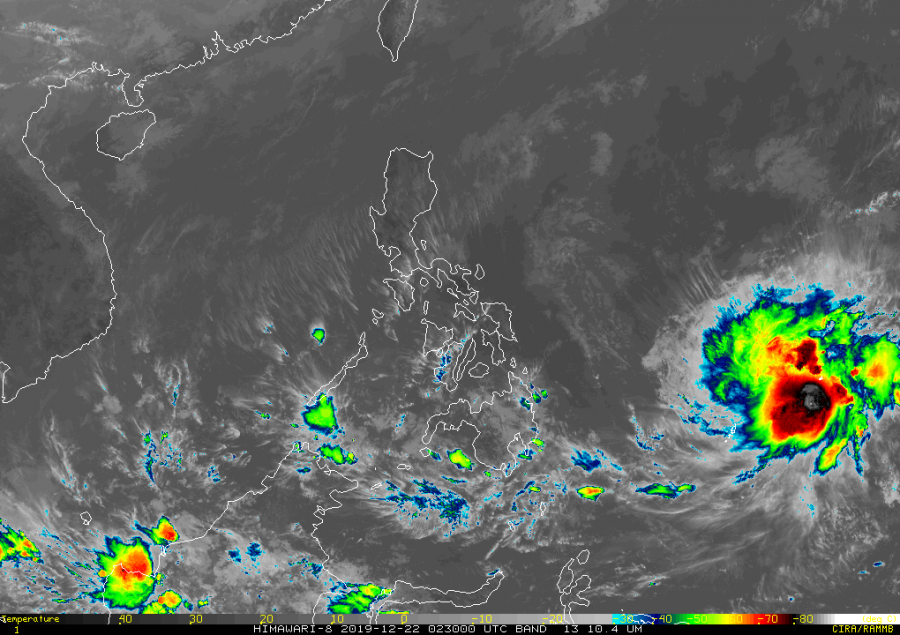 The future track indicates Phanfone will be moving mostly west-northwest through the coming week and steadily strengthening. Being in the still quite warm Pacific sea (around 29 °C) and low shear environment, the system should have proper fuel for better organization and expanding its wind field. Some models are suggesting the system will intensify into at least a Category 1 typhoon by Tuesday, where especially the HWRF model is hitting the potential that Phanfone would become a strong Category 2 or even Category 3 typhoon on Christmas evening – just hours prior to its landfall in the eastern Philippines! 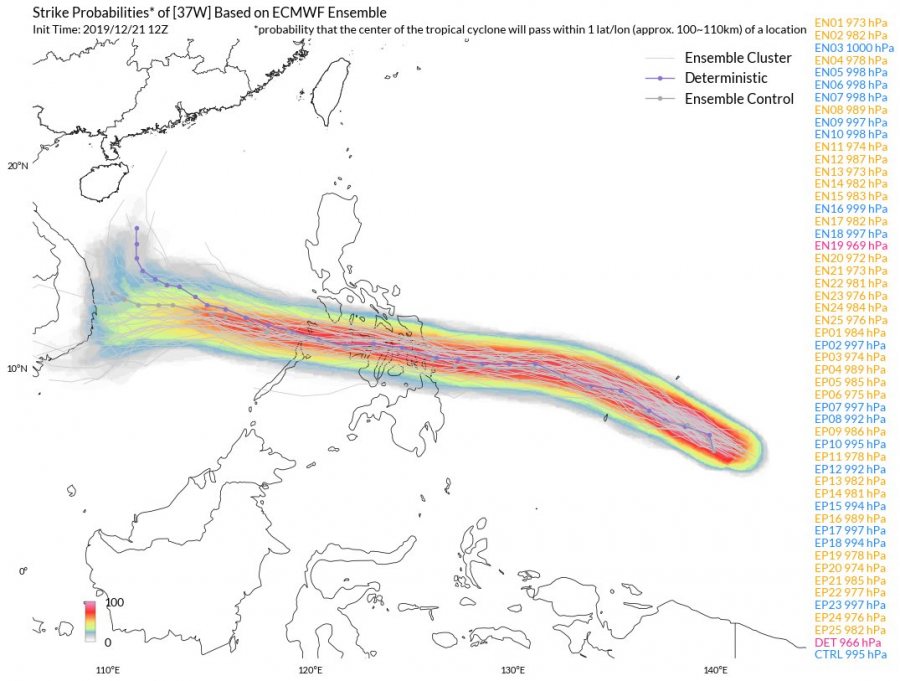 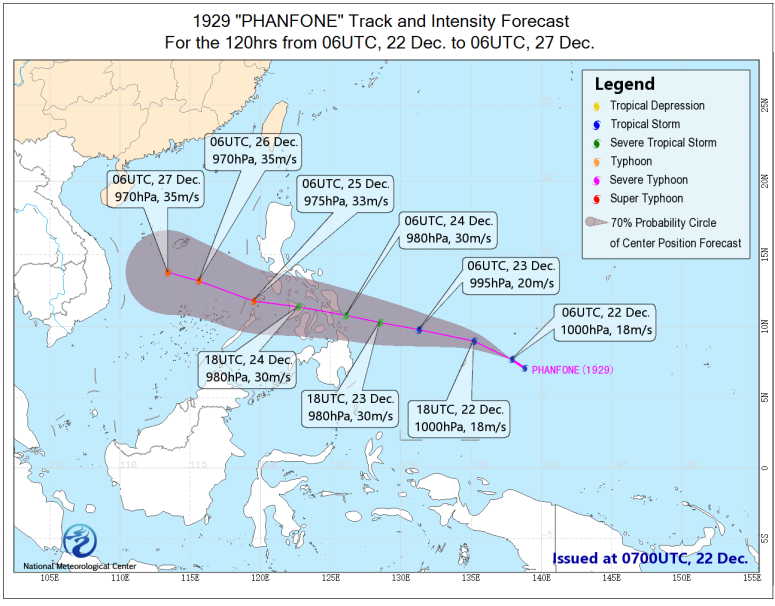 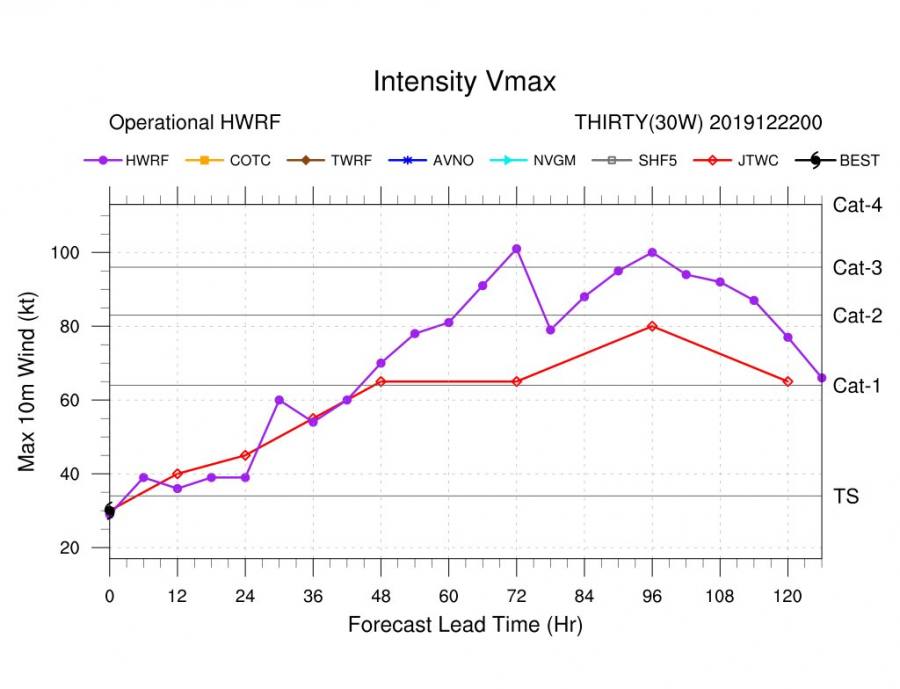 Here are the maximum winds and total rainfall swaths across southeast Asia per GFS models, Phanfone’s track is well-visible crossing the Philippines this coming week. A huge amount of rain will locally develop dangerous flooding and storm surge on the coasts near the potential landfall. 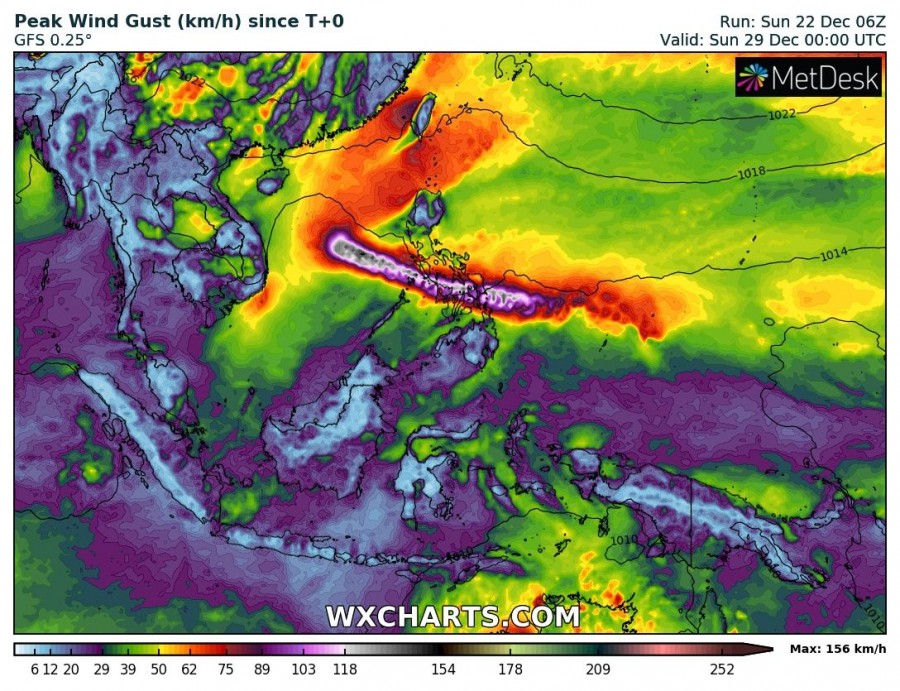 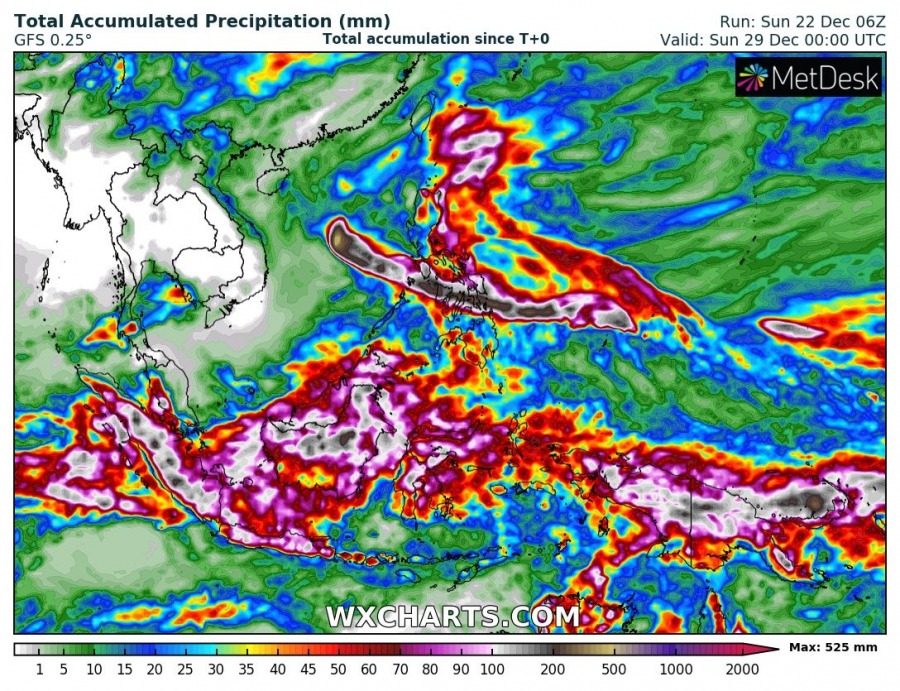 We are closely monitoring the Phanfone’s evolution and will keep you updated in the coming days – stay tuned!