As expected, Typhoon #Phanfone (#Ursula) has made landfall as a strong typhoon – probably Category 2 strength – in Salcedo, Eastern Samar, Philippines today, on the Christmas eve. Based on the last JTWC advisory (as of 06 GMT today, Dec 24th) prior to landfall, Phanfone had the maximum sustained winds of 80 knots / 90 mph / 145 km/h and central pressure around 970 mbar. This was around 2 hours before landfall, which occurred at 4:45 pm local time (08:45 GMT) – Satellite imagery and data reveal typhoon went through a rapid intensification during the last 18-24 hours before it hit Samar island. Phanfone / UrsulaPH caused numerous cancellations at airports, ports and bus stations, affecting thousands of travelers on Christmas eve.

6-hour analysis of typhoon’s position and intensity indicates Phanfone / UrsulaPH was rapidly intensifying since yesterday, as it had increased its maximum sustained winds from 45 knots / 50 mph (Tropical Storm strength) from Dec 23rd 12 GMT to 90 knots / 105 mph (strong Category 2 strength) on Dec 24th 12 GMT. That is actually an incredible 45 knots / 55 mph increase in 24 hours – much higher than the official 35 mph / 24 hrs threshold for rapid intensification!

Phanfone / UrsulaPH has slightly weakened after several landfalls in the islands but remains a dangerous typhoon. It is now moving over the Visayan Sea towards the west and continues to show some impressive IR satellite presentation of still healthy eyewall with explosive convection. Satellite imagery earlier today, during the rapid intensification phase and landfall, were quite spectacular with powerful deep convection and intense eyewall, perfectly visible on the microwave scans. 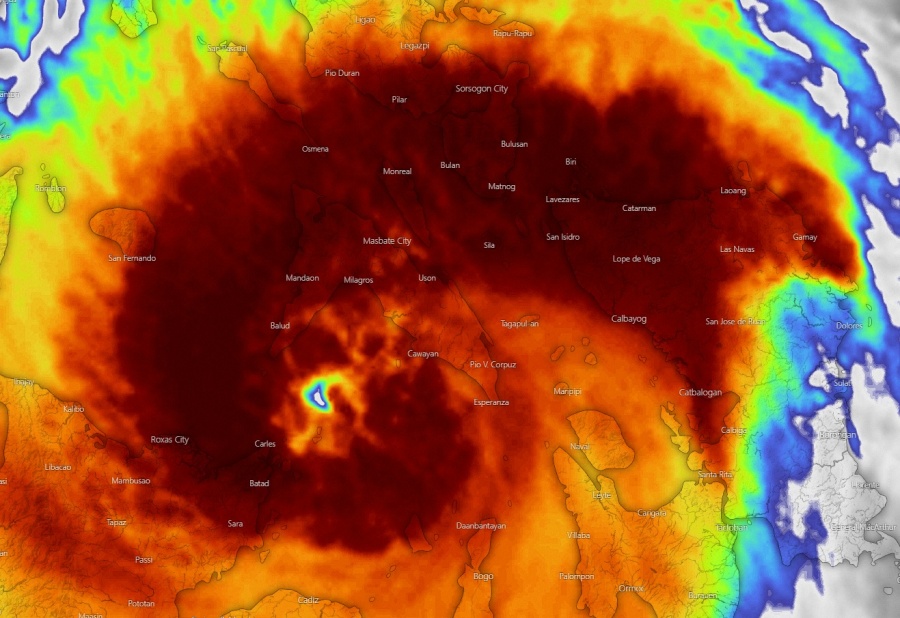 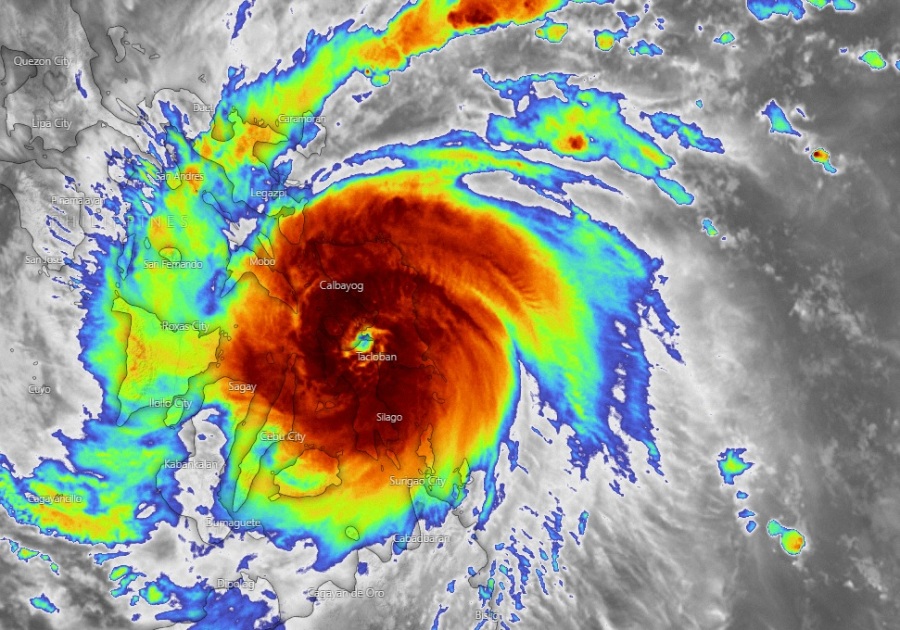 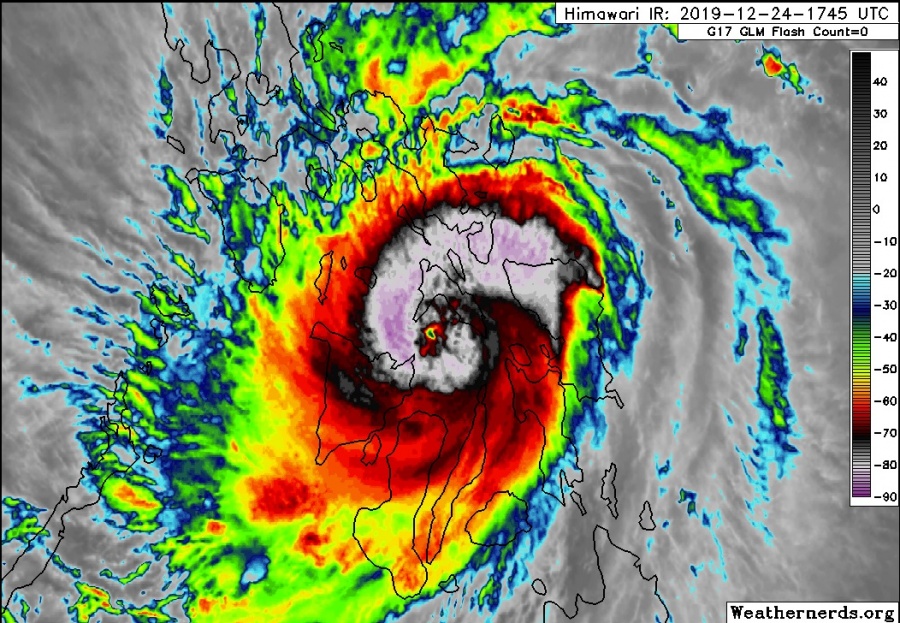 The centre of Typhoon #Phanfone has crossed Eastern Visayas and is now tracking across the Visayan Sea.

Phanfone has maintained Category 1 intensity (according to the JMA & PAGASA) despite three landfalls. JTWC reports a slight strengthening to Category 2. #UrsulaPH #台風29号 pic.twitter.com/vU58Nn7Dpp

Typhoon #Phanfone (#Ursula) made landfall at 4:45 PM local time in Eastern Samar, #Philippines. JTWC had the storm at 90 mph in the last advisory prior to coming ashore.
The agency now cites it at 105 mph (Category 2). pic.twitter.com/8JgID8hRCa

LOOK: Amidst the Noche Buena in the different parts of the country by midnight, Typhoon #UrsulaPH continues to bring violent winds and torrential rains over parts of Visayas and Southern Luzon.

It is now over the sea again after crossing Eastern Visayas. pic.twitter.com/DCKOKqLQvX

Looking over the Advanced Dvorak Technique (ADT) analysis, we can notice the rapid intensification process was undergoing just hours before Phanfone made landfall today, then the intensify flattened and fluctuations occurred due to interaction with the local topography of Philippines’ islands. However, data in the past 2 hours indicate Dvorak Raw T number is back above 5.5, which well corresponds with the still impressive deep convection in the IR satellite scans. 50-knot wind radii expands 30-40 miles around the center, located over the Visayan Sea.

Phanfone / UrsulaPH remains on track with the previous model simulations, moving across the Philippines towards west-northwest and ejecting into the South China Sea overnight to Thursday, Dec 26th local time. JTWC forecast suggests the intensity will remain at a strong Category 1 or 2 while crossing the islands. Depending on the effects of the Philippines on the typhoon, it may temporarily intensify into a Category 3 system soon after it ejects back to the open sea to the west of the Philippines. Phanfone will then begin weakening trend.

Aside note: According to the latest updates from JTWC, also based on Dvorak estimates, appears to indicate that the actual landfall intensity may have been around 100 knots / 115 mph / 185 km/h – which would then be a solid Category 3 typhoon landfall. This unofficial data is yet to be confirmed.

Stay tuned for further updates before Phanfone ejects the Philippines into the South China Sea.

Tropical storm #PHANFONE forms in the western Pacific, heading towards a potentially dangerous typhoon making landfall in the Philippines on Christmas