As expected, extremely favorable oceanic and environmental conditions over the Eastern Pacific have allowed Hurricane Genevieve to strengthen significantly. A rapid intensification phase has been ongoing since yesterday and the system has now reached a very powerful strength – Category 4! 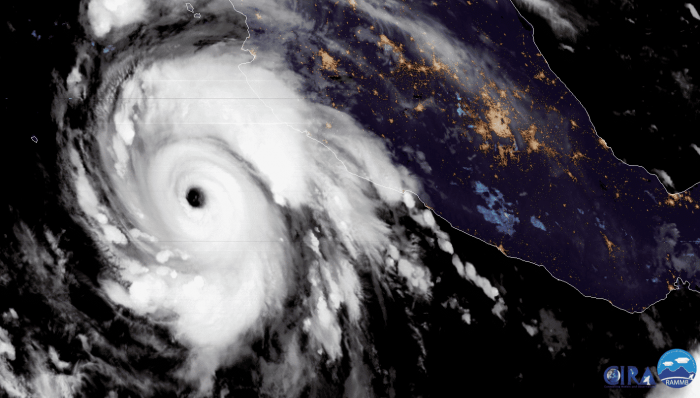 2. Large swells generated by Genevieve are affecting portions of the coast of southern Mexico and will spread northward along the coast of Mexico to the Baja California peninsula by Wednesday.

Based on the 12 UTC Aug 18th analysis, the Major Hurricane Genevieve is packing the maximum sustained winds of 115 knots (= 135 mph) and having a central pressure of around 950 mbar. The system has gone through a very impressive intensification over the last 24 hours – sustained winds have increased for 50 knots! From 65 knots to 115 knots (12-12 UTC period).

Environmental conditions appear favorable for continued rapid intensification over the next 24 hours, with the only alternate possibility being that the intensification is interrupted by an eyewall replacement cycle (ERC). Nevertheless, system will maintain its violent strength! 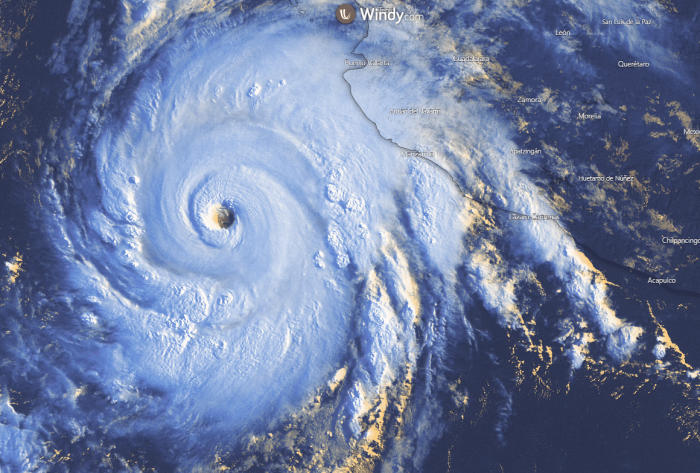 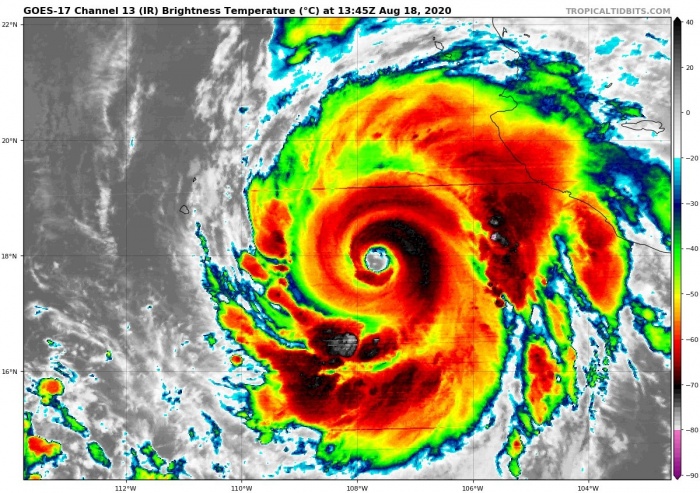 #Genevieve is an impressive hurricane on satellite this morning- rapidly intensifying into a category 3, likely on the way to category 4 later today. Quite a beast but very well anticipated by forecasts (not easy to get RI correct). pic.twitter.com/T4hcMAwkgv

Dvorak estimates analysis is giving near 117 knots of sustained winds lately, with the central pressure of around 945 mbar. The final Dvorak T number is currently around 6.1. 50-knots wind radii are now expanding 70-100 miles around the eye, while hurricane-force 64-knot winds are expanding across the 40-60 miles radii in all four quadrants.

The intensification was quite steady since the storm’s birth of Sunday but became rapid on Monday. It was a very significant intensification/increase in the wind field overnight and this morning (Tuesday), as can be nicely seen on the attached graphic chart. Genevieve has become a violent monster!

Based on the latest model guidance, the future track will bring Genevieve closer to the Baja California peninsula on late Wednesday into Thursday morning. It will stay away to its west, but will likely pass rather close. For this reason, the National Hurricane Center (NHC) has already included the southern tip of the peninsula under the Tropical Strom Warning. 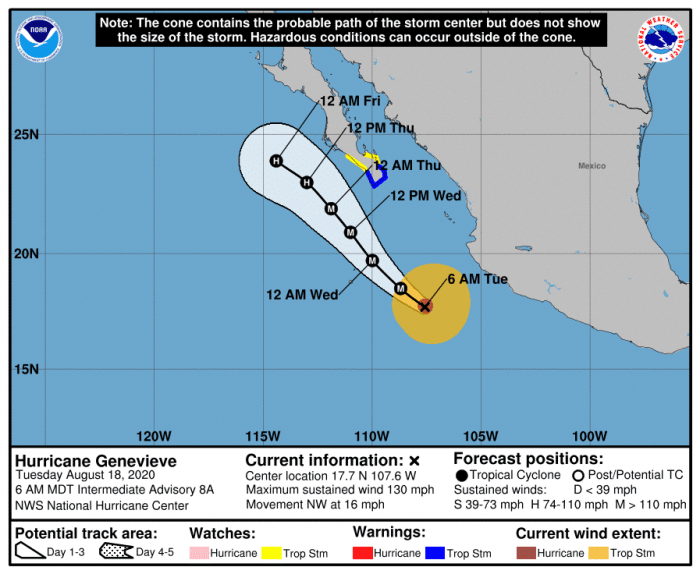 Primarily, dangerous severe winds and swell are forecast to affect the southern part of the peninsula. Prior to this, the coast of southern Mexico will be affected by a dangerous swell. The threat will spread northward along the coast of Mexico to the Baja California peninsula by Wednesday. 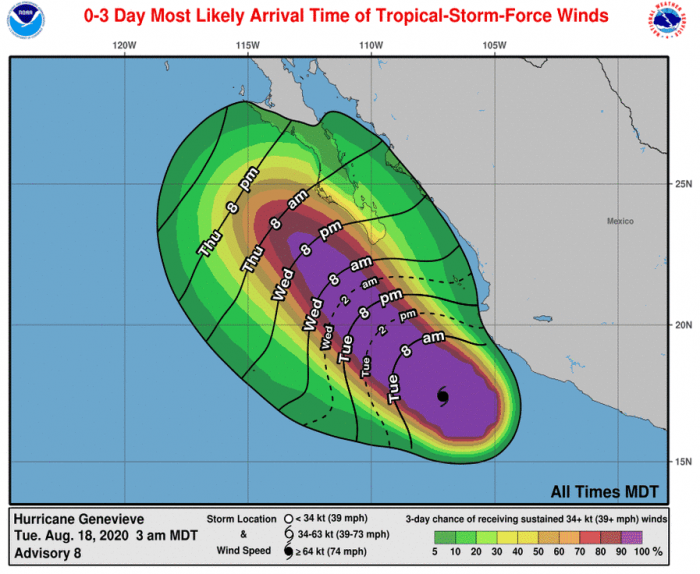 Major hurricane Genevieve could strengthen to near 125-130 knots at its peak tomorrow, Wednesday.

The tropical activity over the Atlantic is also increasing. There are currently two disturbances ongoing, one is in the Caribbean and one is over the central Atlantic. The eastern system has a high potential to become a tropical depression/storm in the next days – stay tuned! 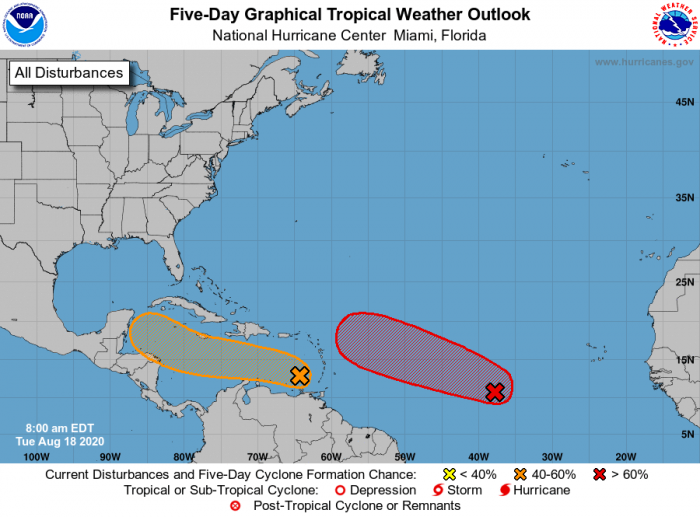