Hurricane Genevieve is rapidly strengthening in the Eastern Pacific, expected to become a major hurricane over the next two days. While the exact track is still not defined yet, there is a potential Genevieve will turn towards the Baja California Peninsula through mid this week.

Genevieve is the 12th tropical storm of the 2020 Eastern Pacific hurricane season. 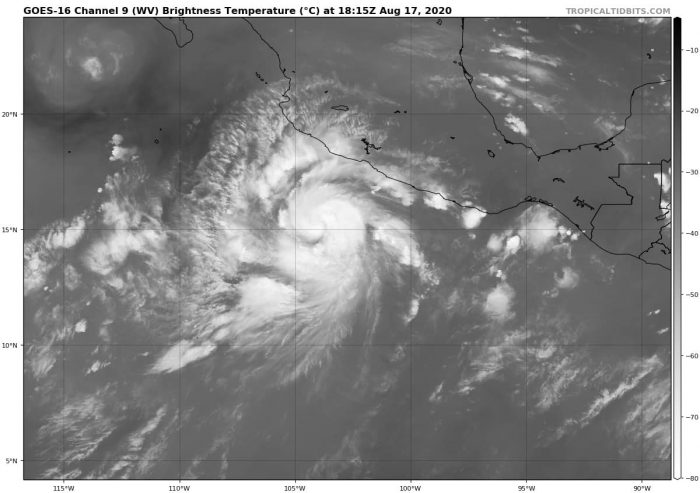 As of 18 UTC analysis, Aug 17th, the system was packing maximum sustained winds of 65 knots (75 mph). The minimum central pressure was around 992 mbar. The system continues rapidly strengthening, with a burst of deep convective bands visible around the forming eyewall. As estimated by DVORAK analysis, the intensity might already be near 80 knots! 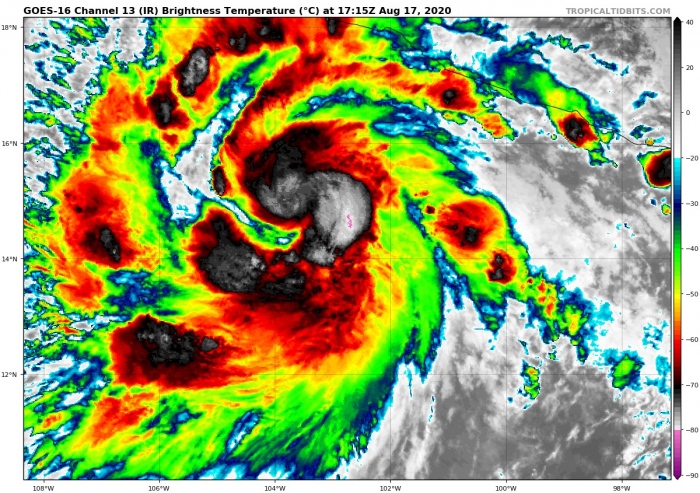 The satellite data reveals that an eye is trying to form underneath the deep convective storms of Genevieve. However, some remaining dry air near the center is disrupting the formation of a solid eyewall. Large convective rain bands continue across the southwest and northwest quadrants. The overall structure of the hurricane is gradually expanding. 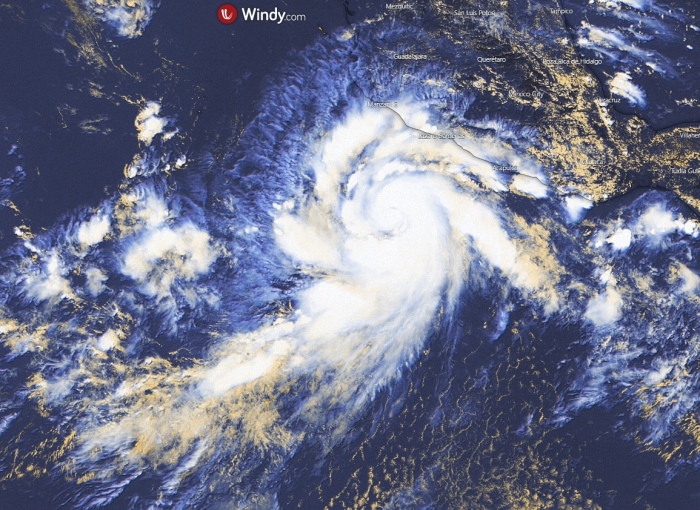 Genevieve is moving in a quite favorable oceanic environment for its further strengthening. The Ocean Heat Content (OHC) map is indicating that the next 36 hours will be the most favorable for rapid intensification. 28-30 °C sea surface temperatures are present ahead of the system. Therefore, Genevieve is likely to become a Major hurricane of at least Category 3 strength by Wednesday this week. 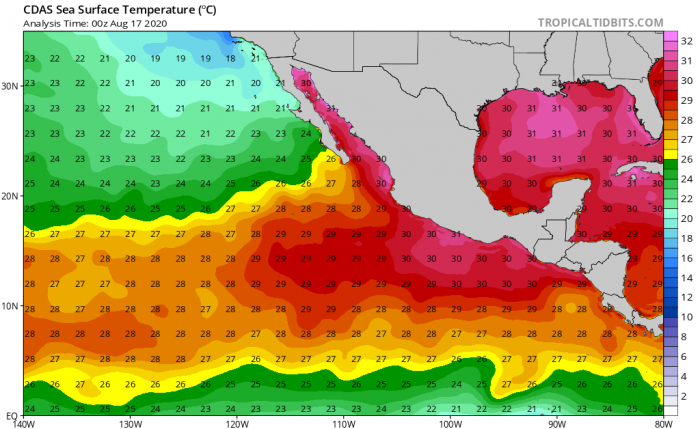 Genevieve will be influenced by a strong mid-level ridge extending from the southwestern United States into Mexico. Depending on the models handling the ridge, the future track of hurricane Genevieve is still uncertain. It could eventually head towards the southern portion of the Baja California Peninsula.

National Hurricane Center is forecasting the system would become a Category 4 major hurricane over the next 36-48 hours. 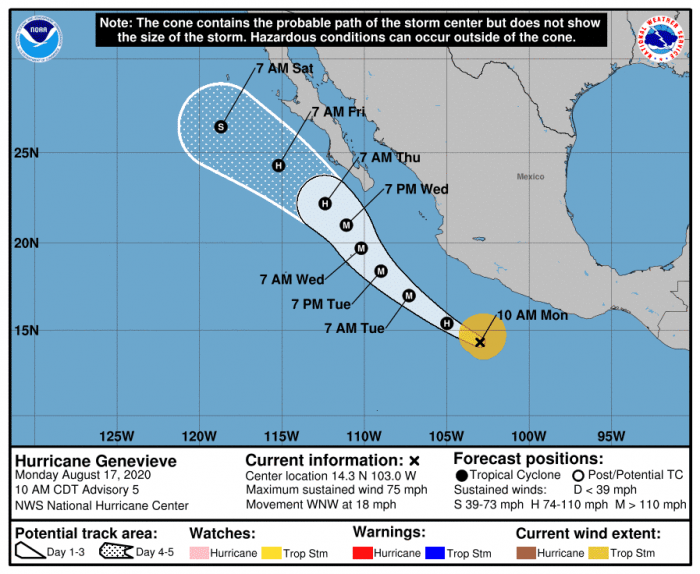 While the GEFS model forecasts are in quite good agreement for the next 36 hours, difference appear after Wednesday. Hurricane Genevieve will pass to the west of Baja California peninsula, potentially very near the southern tip of peninsula on Wednesday night. 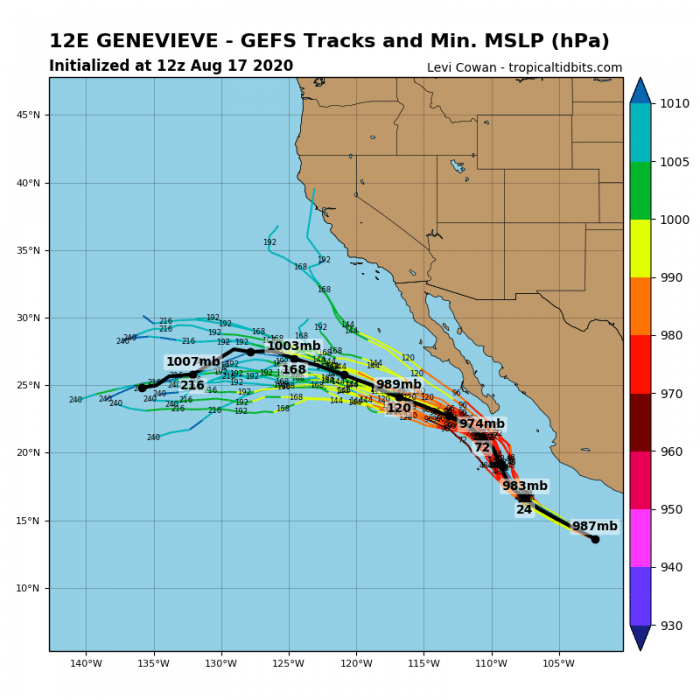 Here is the various model forecast for the intensity of Genevieve during its lifecycle. There is a high potential that the system will continue rapidly strengthening over the next 36-48 hours and become a major Category 3 or even 4 by Wednesday. 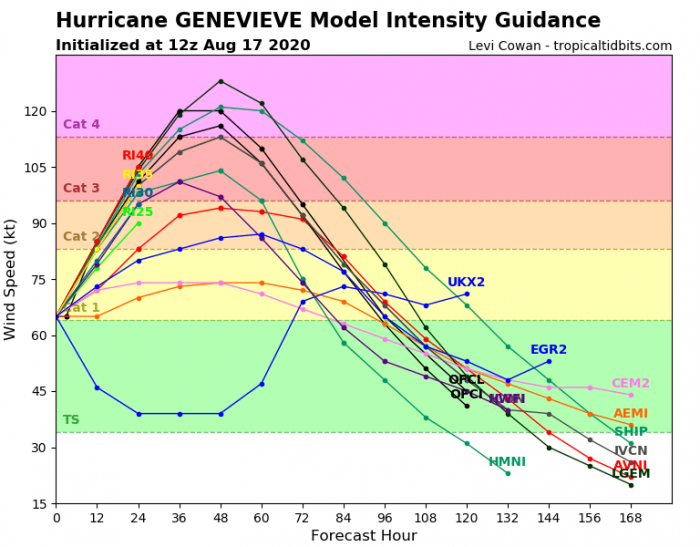 Although the models are still uncertain regarding its exact track, the potential is increasing Genevieve will be moving near the Baja California peninsula on Wednesday and Thursday. 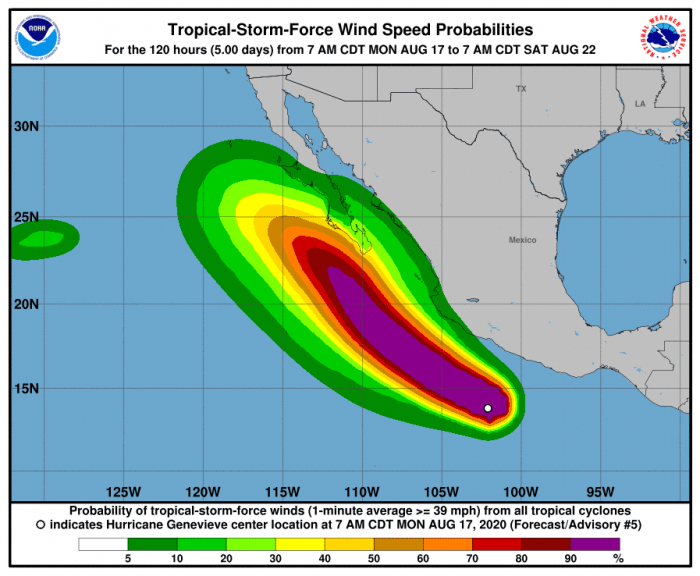 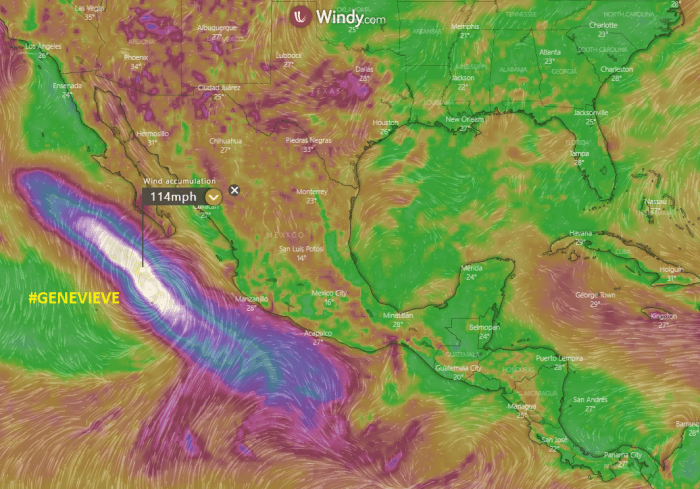 Large swells generated by Genevieve are expected to begin affecting portions of the coast of southern Mexico today and tonight. Then, the swells will spread northward along the coast of Mexico and reach the Baja California peninsula by Wednesday. 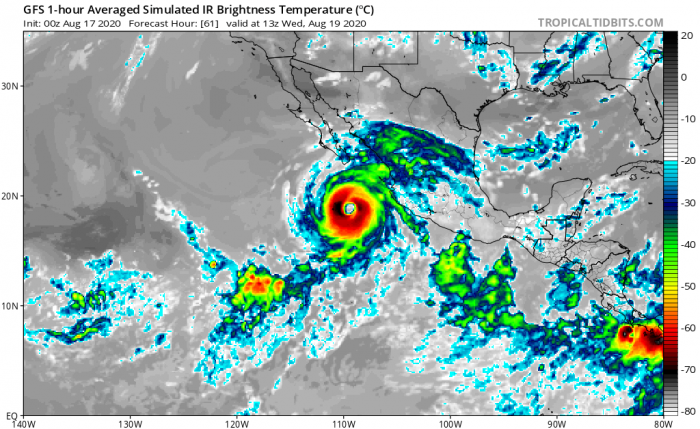 Hurricane Genevieve could pass near the Baja California peninsula on late Wednesday into Thursday. The GFS model simulated IR satellite chart predicts its center to the immediate south of the peninsula. 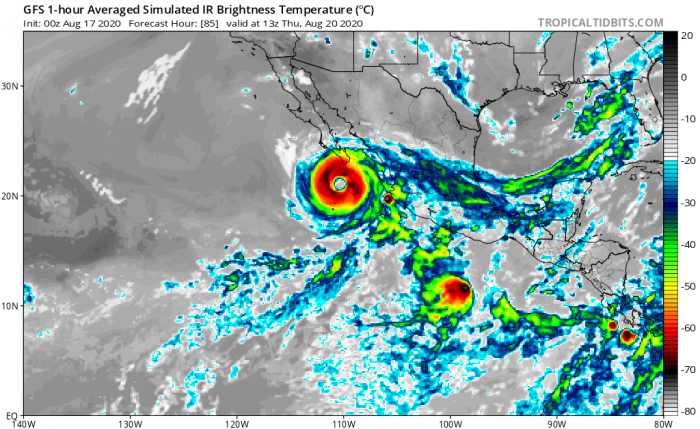 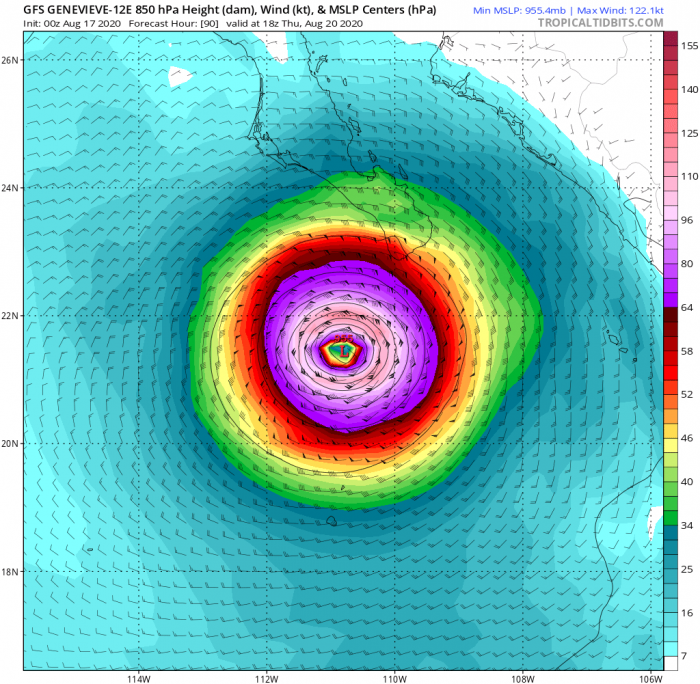 We are monitoring the further development of hurricane Genevieve – stay tuned for additional updates as major hurricane strength emerges.

The tropical regions across both Eastern Pacific and western Atlantic are becoming active again. The Madden-Julian oscillation is expected to contribute to a much high activity especially across the Western Atlantic over the coming weeks. There are two tropical waves already developing in the central Atlantic. While the Eastern Pacific is also seeing two systems – remnants of tropical storm Fausto and another wave south of Hawaii archipelago.