A strong Category 1 Typhoon #KAMMURI is having occasional bursts of extremely intense deep convection, reaching cloud tops even below -90 °C again. Quite unusual to see so intense convection while the system is rather struggling to organize into a monster typhoon. However, Kammuri has been intensifying today and now appears to have a solid inner core structure and possibly ready for further intensification. As of 18 UTC today, the typhoon had maximum sustained winds of 80 knots / 92 mph / 150 km/h with a central pressure around 972 mbar. It is becoming increasingly likely Kammuri will undergo rapid intensification today and reach a solid Category 3 strength prior to landfall in the Camarines Sur province of eastern Philippines in the next 24-30 hours!

A NEW UPDATE is online – KAMMURI is now a borderline Category 4 typhoon!

A couple of satellite images – extremely deep convection with cloud tops pushing temperature even below -90 °C. The overall picture of the typhoon is rather impressive with wide-open upper-level outflow across all quadrants. And also quite large compared to its next target Philippines. 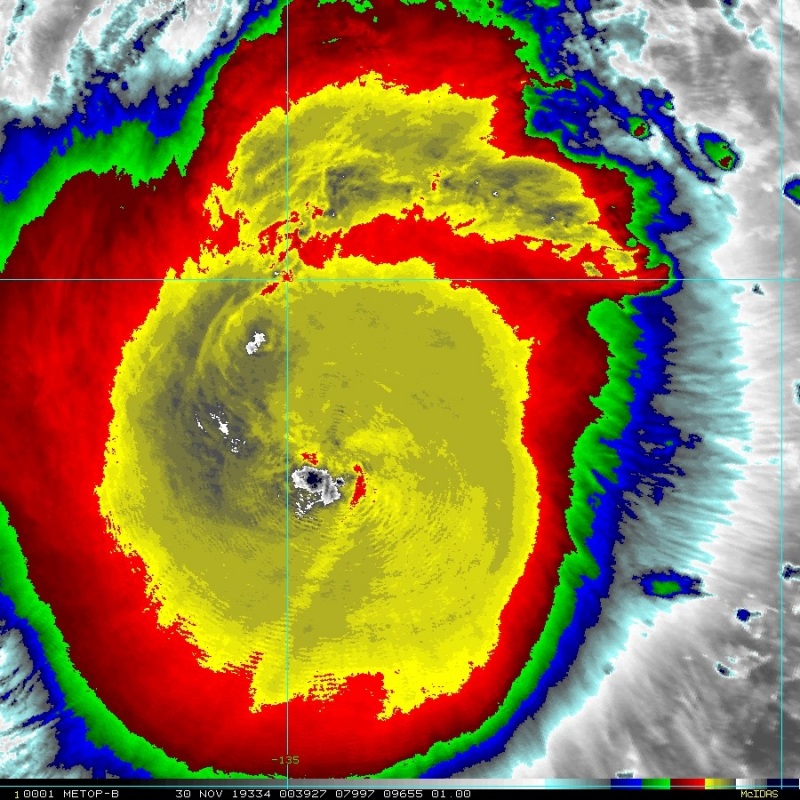 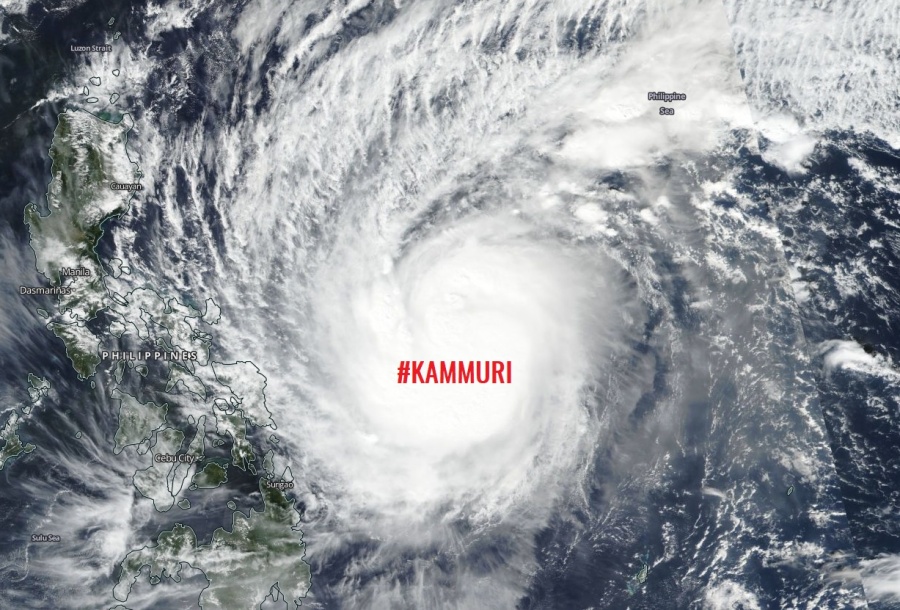 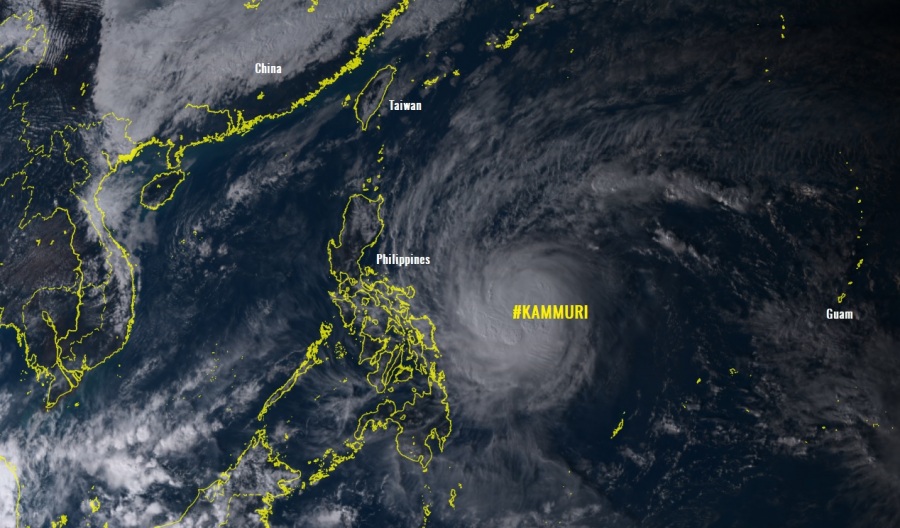 Typhoon #Kammuri has consolidated over the past 24 hours and now appears to have a solid inner core structure for rapid intensification. However, core is even larger than Katrina '05 before RI. Recon data shows eye size correlates well with maximum possible pressure falls. (1/3) pic.twitter.com/AyLiTNHTf4

Those in the path of #Typhoon #Kammuri #Tisoy should be prepared for a very powerful Typhoon! It's continuing to consolidate with the apparent development of an eyewall & warming eye…surrounded by very deep convection that's exploding around the LLC. pic.twitter.com/LYCllJv0qT

Latest Advanced Dvorak Technique (ADT) analysis indicates Kammuri is having Dvorak number 4.4, while it even had a temporary ADT 5.3 a few hours ago as an incredible burst of deep convection occurred. 77 knots with near 975 mbar and supporting 55-70 miles radii of 50kt winds.

Ocean Heat Content (OHC) forecast map reveals Kammuri is coming into very favorable sea surface conditions, just before it is making landfall in the Philippines tomorrow. This will surely support its further strengthening, with higher probabilities getting into the rapid intensification phase from now on.

The future track brings Kammuri due west towards Camarines Sur province of eastern Philippines in the next 24 hours or so, continuing towards west, passing just south of the capital Manila with its center, indeed gradually weakening over the islands. Once Kammuri is over the South China Sea, it is expected to turn SSW through mid this week but re-intensification is unlikely.