Kammuri has intensified extremely fast in the past 12 hours, as based on the Advanced Dvorak Technique analysis, it has now near 117 knots (Dvorak number 6+) of maximum sustained winds, while it was still ‘only’ around 70 knots (Dvorak number 3.5) yesterday 18 UTC! A rapid intensification phase continues this local afternoon, likely resulting in a solid Category 4 strength of Kammuri just hours before making landfall in the eastern Philippines near Legazpi City. This will be an intense landfall tonight (local time)! As of 06 UTC official JTWC analysis today, Dec 2nd, the central pressure is around 951 mbar with maximum sustained winds of 105 knots / 120 mph / 195 km/h. As the rapid intensification process is going fast, it could already be around 943 mbar and near 117 knots / 135 mph as analyzed by Advanced Dvorak Technique (ADT) – so a solid *Category 4* – Super Typhoon strength!

Satellite imagery and animation reveal an impressive development of an intense eyewall with deep convection banding around the forming eye, supporting a rapid intensification of winds and very fast pressure drop! 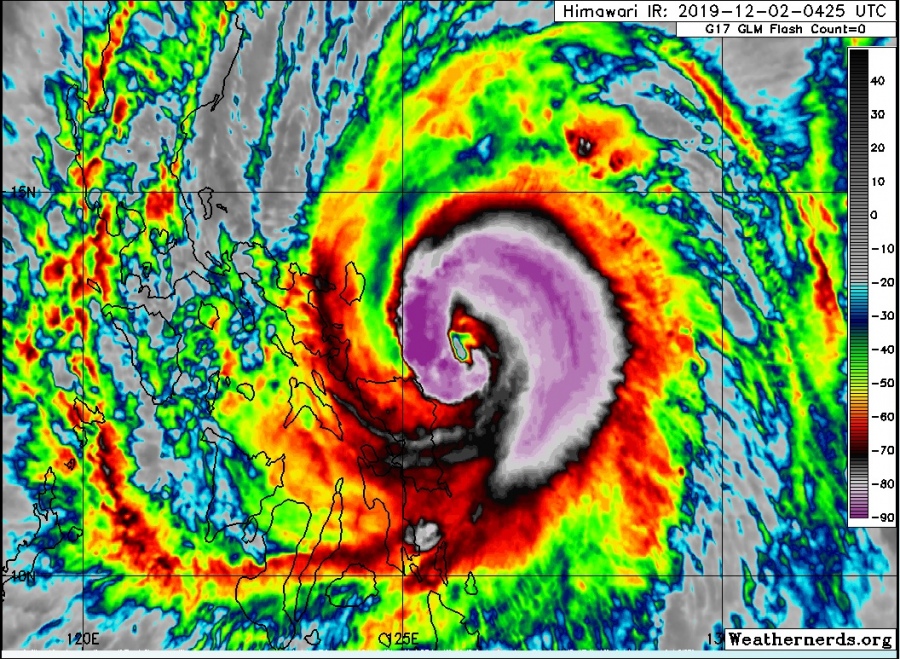 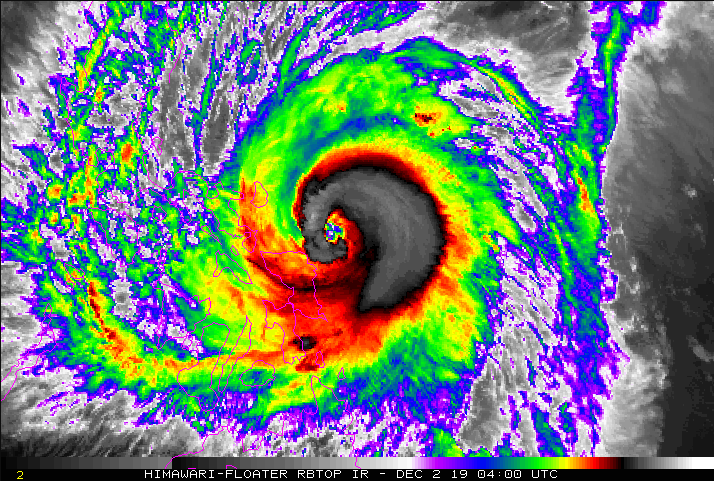 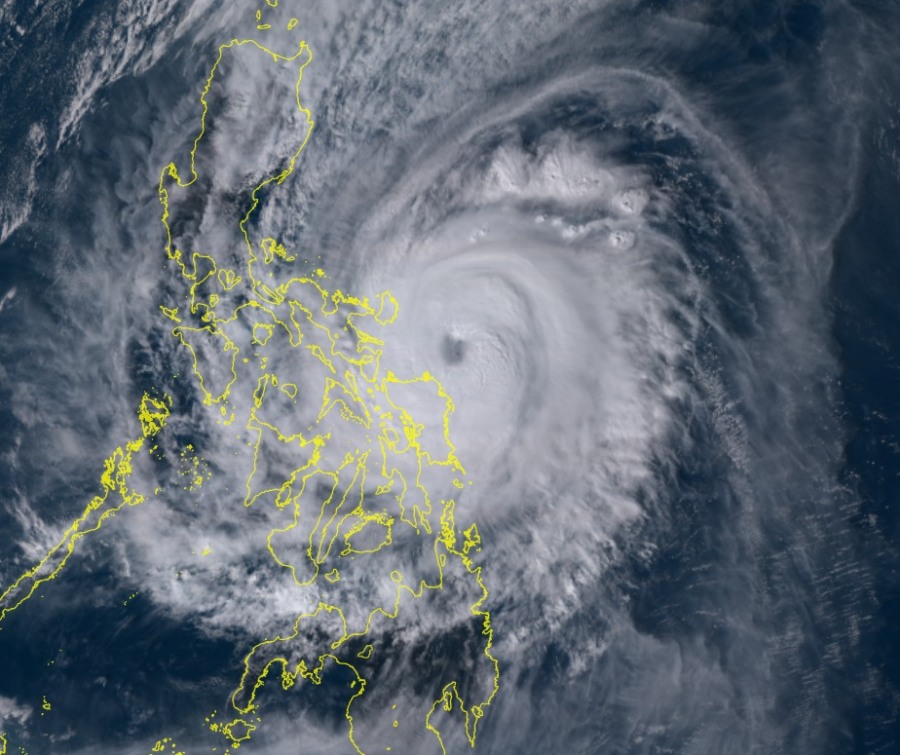 Typhoon #KAMMURI is now undergoing rapid intensification and is already a solid Category 2 system and only hours ahead of the landfall in the Philippines! It will likely be an intense landfall later today, probably at least a Category 3 strength – stay tuned! Source: NOAA pic.twitter.com/nRg8RtlFvr

Trochoidal wobbles are going to be crucial in these last few hours in determining exactly where eye of #TyphoonTisoy #Kammuri crosses the #Philippines coastline. Such rapid intensifiers are usually more unpredictable with regard to these small scale changes in track. pic.twitter.com/XaK9VMYhnP

The Advanced Dvorak Technique (ADT) analysis reveals the rapid intensification during the last 24 hours was very intense, especially over the last 9-12 hours. Definitely a result of tightening pressure gradient and forming eye, surrounded by explosive convection within the eyewall. The wind field is also rapidly increasing, supporting 50 knots winds radii expanding across 80-100 miles with 30-65 miles of 64 knots radii – precisely across the NW and NE quadrants which means the violent blast with the NW and quadrant to eastern Philippines (Catanduanes island) is imminent!

The future track has not changed based on the latest model guidance, Kammuri will continue heading due west towards capital Manila, although gradually weakening once the system comes ashore later today and tonight.

Dec 1st *UPDATE* on the typhoon #KAMMURI, heading for the Philippines while strengthening – should reach Category 3 prior to landfall