Latest analysis on Nov 27th 18 UTC, suggests Kammuri is packing maximum sustained winds of 65 knots / 75 mph with a central pressure around 978 mbar – this puts Kammuri into a typhoon Category 1 strength. Advanced Dvorak Technique (ADT) has been supporting slightly weaker data (987 mbar and 60 knots), but with 45-55 miles of 50kt wind radii already expanding around the center. Typhoon Kammuri will soon begin rapid intensification phase, turn sharp west and head towards the Philippines where landfall is becoming increasingly likely next week.

Satellite imagery reveals an already very impressive behavior of the typhoon, with an extremely powerful upper-level outflow in all directions, being especially exceptional over the eastern side of the virtual center – cloud tops have reached a remarkable -95 °C within a very large -80 °C area of deep convection. Satellite animation is showing gradual but persisting trend Kammuri is about to develop an eye within the next 12-24 hours. 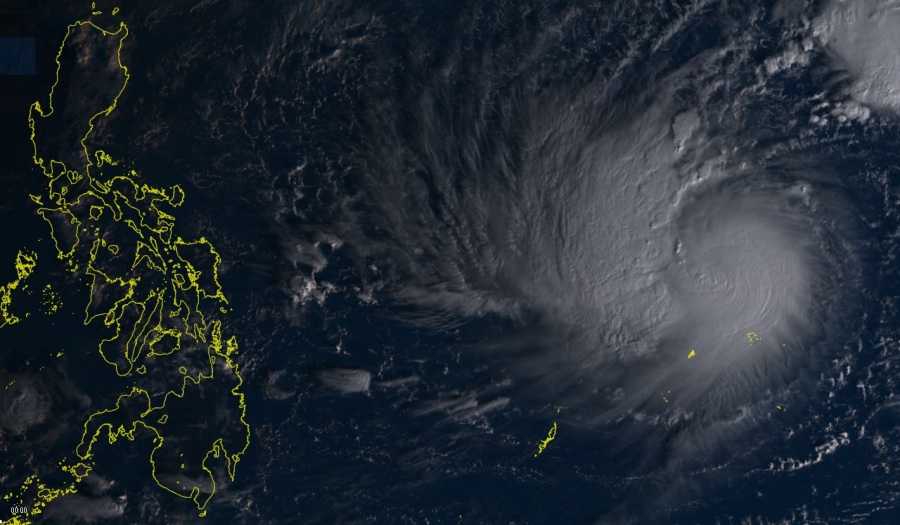 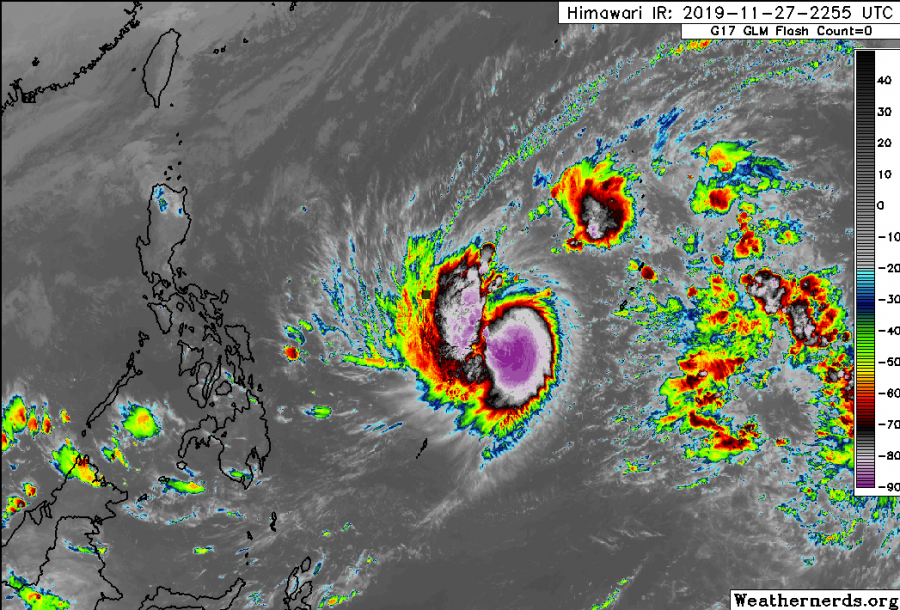 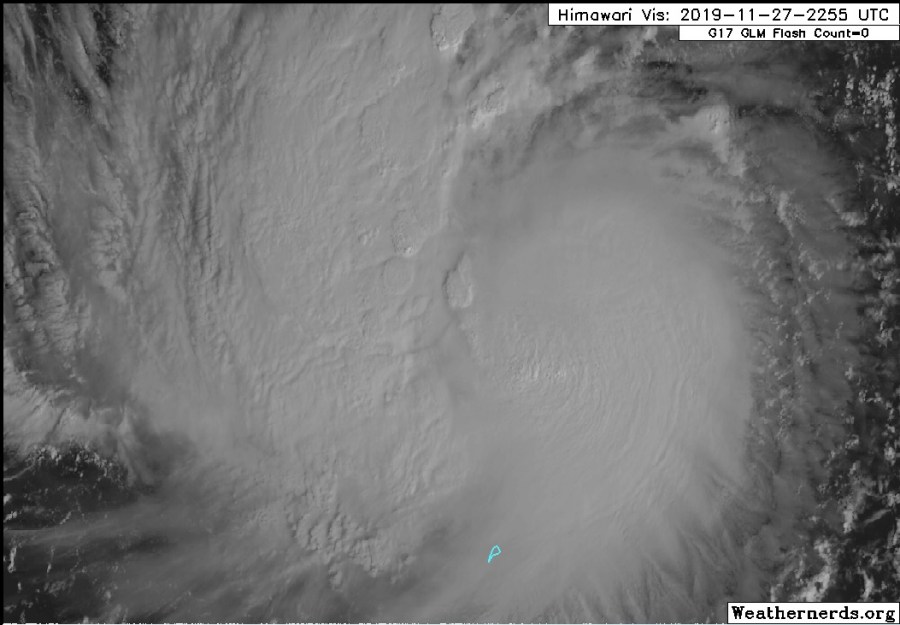 #Kammuri has become a Typhoon as it continues to strengthen. As the storm heads west towards the Philippines, favorable environmental conditions will allow the system to rapidly intensify into a powerful storm, likely a super typhoon. Models continue to remain consistent. pic.twitter.com/xSAjBL3lBW

Based on the forecast models and Ocean Heat Content (OHC) maps, Kammuri should soon (12-24 hours arrival time into extremely supportive warm seas) start a rapid intensification and significantly strengthen. At that time, the typhoon is also expected to begin its sharp west turn and continue intensifying while gradually drifting westwards towards the Philippines.

Latest models suggest the landfall to the Philippines is becoming increasingly likely by early to mid next week, potentially with a devastating Category 4 Super Typhoon strength (125 knots / 145 mph maximum sustained winds per JTWC). The exact track and intensity are indeed both yet to be defined in the coming days, so trends are being closely monitored. Based on the behavior during the past day, the JTWC forecasts are again underestimated and we could be seeing yet another monster Category 5 Super Typhoon this weekend. 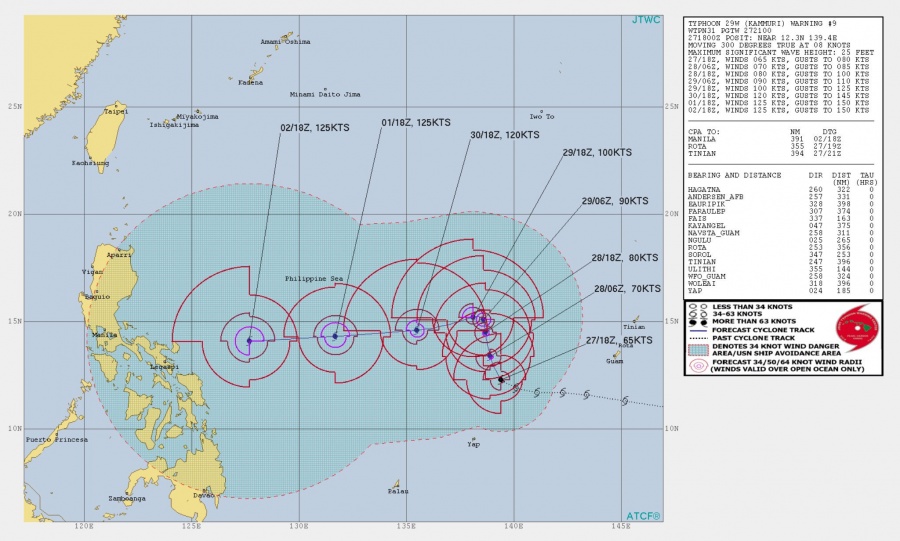 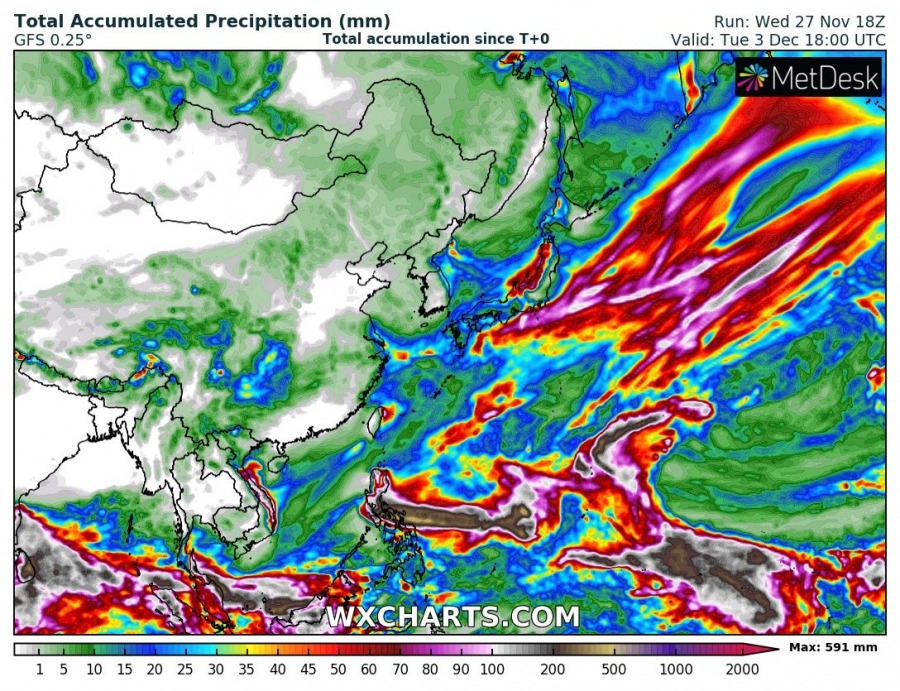 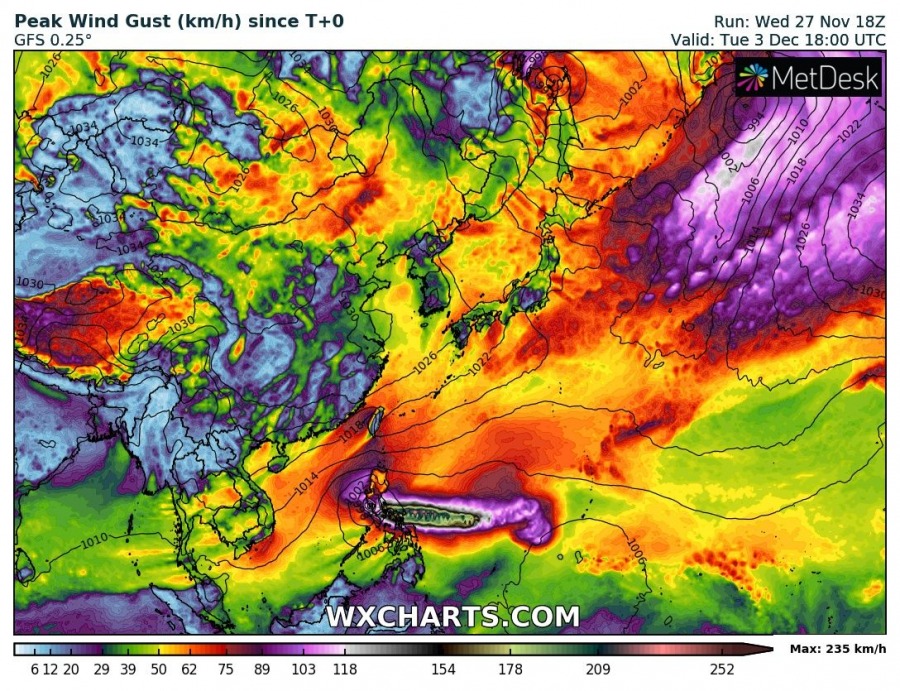 Good morning! The new #Euro model run computes a catastrophic forecast for the #Philippines next week. Super Typhoon #Kammuri with more than 300 kph. Still far away, though.

«Next Post Global CO2 levels have reached new record values, despite all the efforts and policies! It means more impact on the climate and also our wallets via new taxes!
Thursday, Nov 28th *update* on the developing outbreak of cold airmass across much of Europe in the next days Previous Post»